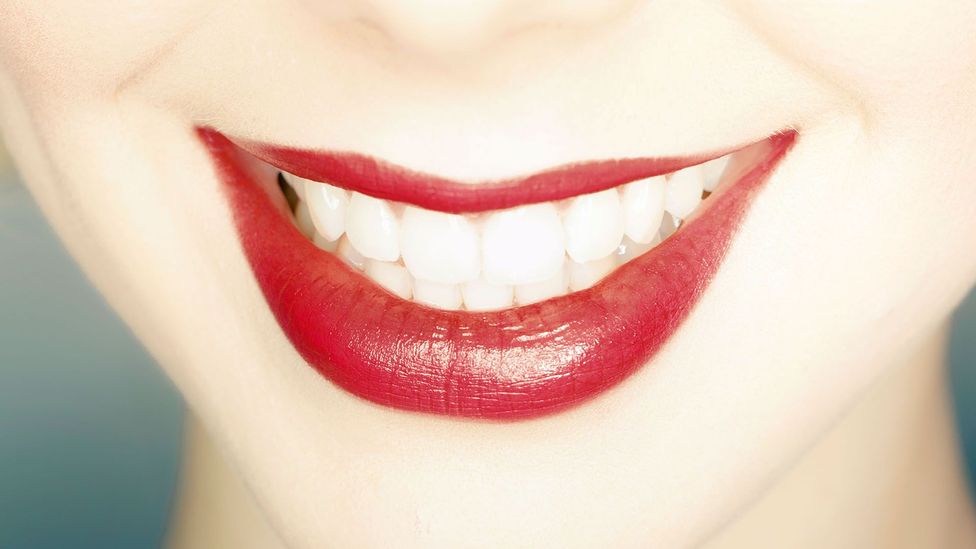 By Claudia Hammond 11th December 2017
Having gleaming white teeth might look more attractive, it doesn’t mean they are in better condition.
M

Most of us would like to have a gleaming white smile, filled with teeth that would make a Hollywood actor proud. Studies show that 18-52% of people are dissatisfied with the colour of their teeth.

In countries such as the US, tooth whitening is one of the most commonly requested dental procedures, while the British are often the butt of jokes about yellowing gnashers. Rows of perfect teeth beam out from magazines and cinema screens around the world.

It is hardly surprising then, that we tend to assume that white teeth are not only attractive, but healthy. The hue of our teeth depends on their intrinsic colour, influenced in part by our genes and our age, combined with stains from smoking, eating, drinking and taking certain medications. As you get older your teeth often become yellower as the enamel begins to wear away, exposing the dentine beneath.

Stains then overlay the yellowing teeth, with foods such as tomato-based sauces and coffee leaving behind coloured compounds called chromogens, while bacteria or fungi can cause green, greyish, furry looking stains.

Many of the experiments on tooth colour have been conducted in laboratory test tubes, rather than in the mouths of living people. Often cows’ teeth are used because they give researchers with a larger surface area to study, but sometimes extracted human teeth are tested too.

One study conducted by Mark Wolff from New York University soaked cows’ teeth for an hour in black tea, red wine or white wine in various configurations. It was no surprise that the red wine left the strongest stains. Surprisingly, the black tea didn’t stain the teeth unless it had been preceded by white wine. It seems the acid content of the wine was making the enamel slightly more porous, allowing the tea to leave its mark. 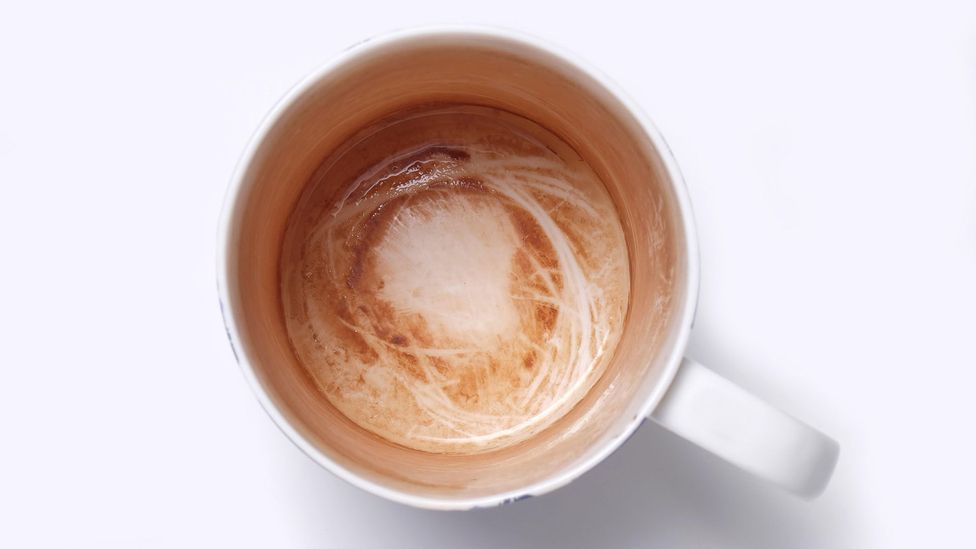 Tea and coffee can stain teeth in much the same way as they leave a stubborn marks inside a cup (Credit: Alamy)

These food and drink-based stains may discolour teeth, but they don’t indicate that the teeth are unhealthy. You can have pearly white teeth and still have gum infections or cavities. Likewise, you can have perfectly healthy teeth which are off-white, yellowish or even brownish.

There is even one type of stain that some researchers believe might protect against tooth decay. This is the dark edge you sometimes see along teeth at the margins of the gum line. It can look like a series of dark dots. It’s known as “black stain”.

While the cause of black stain has debated for more than a century, the latest thinking is that it’s a special kind of dental plaque comprising calcium, phosphate, various bacteria and some form of iron or copper compound, which gives rise to the black colour.

Curiously, some studies – although not all – have found that children with black stain are less likely to have tooth decay. It’s thought that microbes in the stain might be somehow protective.

So, what if you still want gleaming white teeth, regardless of what they say about your health? There are whole a range of whitening interventions from toothpastes, strips, gels and trays to wear around your teeth at night. Most contain abrasive substances that rub off stains or bleaching, or a combination of both.  Some even contain a substance which adds a blueish tinge to the teeth to counteract any yellowness, resulting in teeth that appear even whiter. 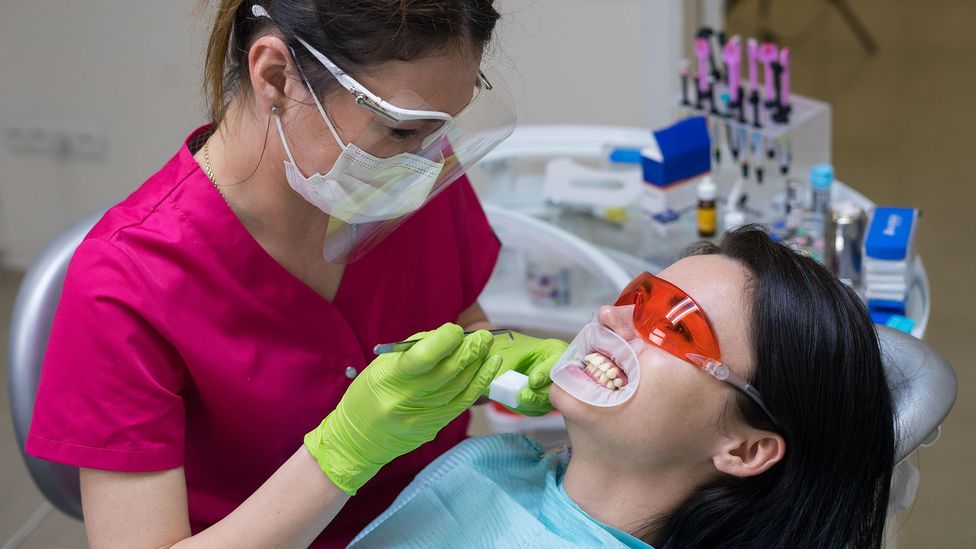 Professionals tend to offer treatments that use stronger bleaching agents than you can find in home treatments. But reviews of the range of treatments available show that efficacy varies considerably. Bleaching can also cause temporary sensitivity in some people’s teeth or gums.

And of course, unless you continue with a treatment, the whiteness will only last for as long as you avoid the foods and drinks that cause the stains in the first place.

But at least you know that even without that Hollywood white smile, it doesn’t mean that you don’t have healthy teeth.