Loading
Satellite
Will we ever have satellites that can control the weather?
Share using EmailShare on TwitterShare on FacebookShare on LinkedinShare on Whatsapp 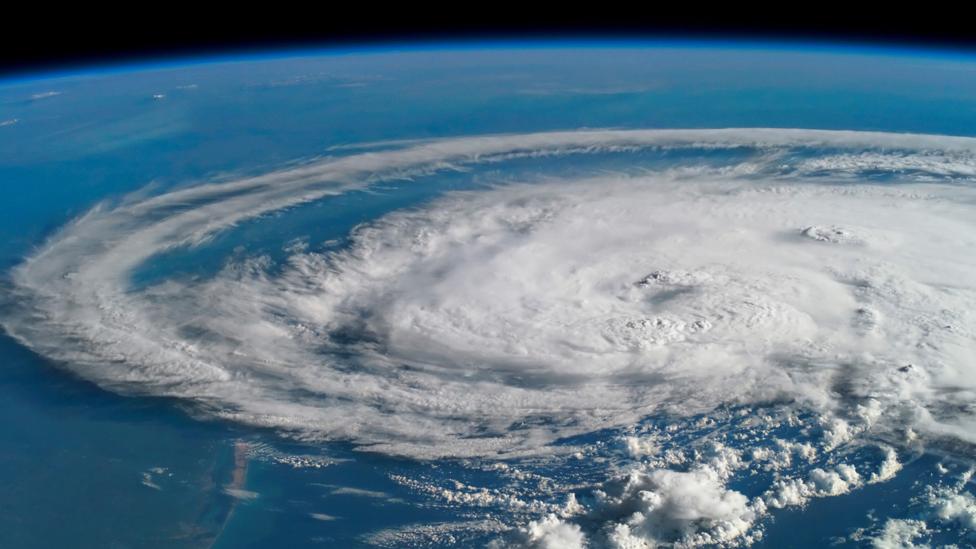 By Peter Ray Allison 22nd January 2018
What if a hurricane could be defused by weather-controlling satellites? BBC Future investigates why this sci-fi staple is such a tall task.
F

From Star Trek to The Jetsons, one of the hallmarks of an advanced civilisation is seen as the ability to control the weather. More recently, the film Geostorm portrayed a network of satellites designed to prevent catastrophic storms.

As last year’s devastating Atlantic hurricanes demonstrated, we are at the mercy of the weather. Could we ever manipulate it from space?

The idea of tweaking the weather from afar is not as far-fetched as it sounds. As BBC Future reported in 2014, scientists have been on the case for years, albeit using planes rather than satellites. From 1962 to 1983, the American government ran Project Stormfury, which was an attempt to weaken tropical storms by flying aircraft into a storm and seeding it with silver iodide.

Silver iodide is an inorganic compound used as an antiseptic. The theory was that the silver iodide would cause the supercooled water in the storm to freeze, thereby disrupting the internal structure of the hurricane. 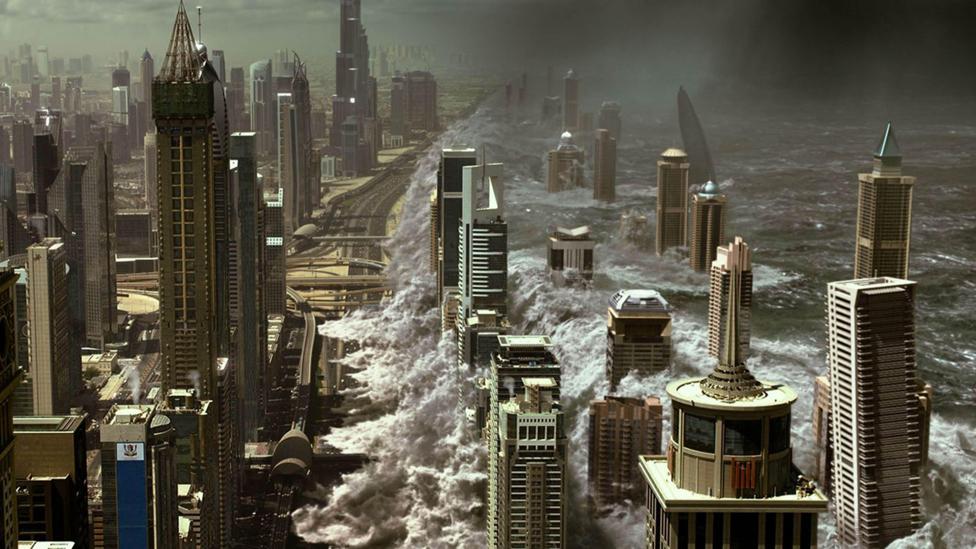 However, it has since been discovered that storms do not contain sufficient supercooled water for cloud seeding to be effective. There was also the problem of scale. “The problem was that the small planes and macro-scale of the storms meant any attempts would be negligible,” says Chris Bell, a lecturer in meteorology at the University of East Anglia in the UK.

Lasers are also being considered as a form of weather control, through laser inversion – the technique of using lasers to cool things down rather than heat them up. The process forms clouds and can even trigger lightning. “This is a new method based on ultra-fast, ultra-short laser pulses, which generate intense lasers that are low-energy as the pulse is very short,” says Jean-Pierre Wolf of the University of Geneva. This creates a spark in the atmosphere, which causes a shock that expels water droplets out of the way.

However, the problem, as with cloud seeding, is a question of scale. “We do not have the right laser and scale of lasers to do something dramatic in the atmosphere – we can create small cloud formations, but you would not see the clouds we produce,” admits Wolf. “There is a problem of scaling, such as creating a cumulous cloud, which is a kilometre long and spans over tens of kilometres. Then the question is whether it makes sense in terms of the energy you put into the system.”

If cloud seeding is used, then how satellites are resupplied will present problems

Not only would the satellites need technology onboard to monitor the weather and position themselves in orbit, they would also need to have more equipment to manipulate it, thus massively increasing their payload. “Bringing this kind of equipment onto a satellite always means huge effort in order to have the mass itself transported into space, and ensuring the performance and reliability is not easy,” says Andreas Lindenthal, chief operating officer of OHB Systems AG and sci-fi enthusiast since his childhood.

If cloud seeding is used, then how satellites are resupplied will present problems. Satellites would have to be regularly resupplied with the necessary materials, which naturally creates logistical problems sending the resupply craft into space to restock the satellites, which is not economically viable. “It would be difficult and inefficient,” says Lindenthal. 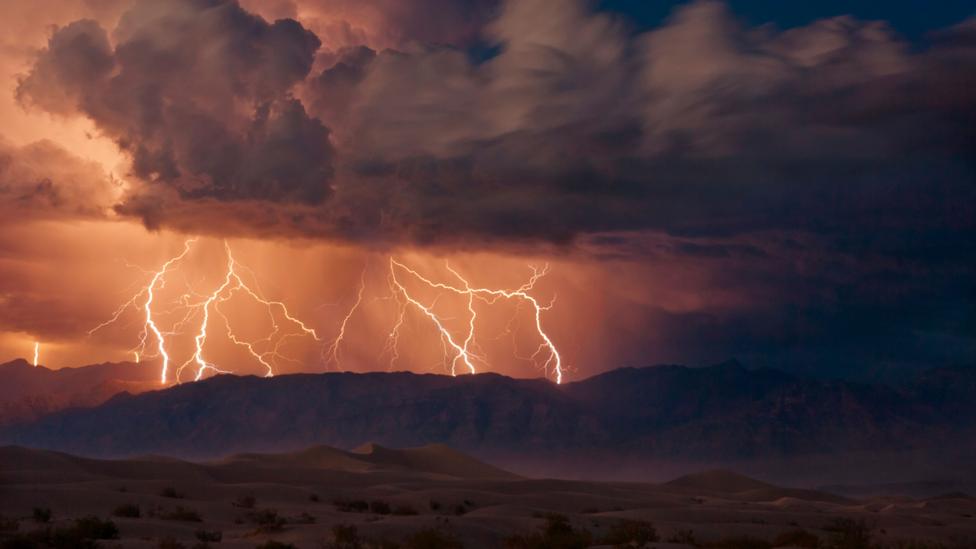 Some fear that manipulated weather could be used as a weapon (Credit: Alamy)

Further, as every action has an equal and opposite reaction, ejecting cloud seeding canisters would tend to nudge the satellite out of its orbit, due to the reaction forces. It is also very difficult to get canisters to fall and release in the correct place, but the addition of guidance systems would add an extra level of complexity.

Deploying laser inversion via satellites is more likely. Lasers do not need to be resupplied with materials and their power demands can be met through solar panels. “There are many examples in which lasers are being used for a very limited time, which means it is not in continuous operation,” says Lindenthal. “For example, there are ideas to remove space debris by flashing them with a laser.”

There is also the question of what would happen to weather-controlling satellites following a massive solar storm (also known as a Carrington-Type Event).  When a coronal mass ejection hits the Earth's magnetosphere, it can cause massive disruption to all electrical systems. The Carrington Event, which is the biggest solar storm on record, occurred in 1859. If and when a similar event occurred in modern times, all satellites and satellite-communications are likely to be lost, at least temporarily. Losing weather control satellites carries with it the risk of unfortunate meteorological repercussions.

It could be argued that we already manipulate the weather, albeit to our detriment, through climate change

Concerns have been previously raised that controlling the weather could be used as a form of economic warfare, as well. During the Vietnam War, a top-secret project called Operation Popeye was used by the Americans to disrupt Vietnamese military supplies by increasing rainfall in the Laotian region through cloud seeding. Following the revelation, there has been an international ban against weaponising the weather under the Environmental Modification Convention.

It could be argued that we already manipulate the weather, albeit to our detriment, through climate change. However, this shift in weather patterns was brought about through decades of carbon dioxide and other greenhouse gases being released into the atmosphere. This has resulted in changes to the widerworld’s weather patterns, rather than just isolated regions.

Climate change highlights the scale at which controlling the weather will need to operate. The colossal size of weather fronts means that any effective weather modification system would require agreement on a global scale. There is also the danger that mitigating storms in one region could result in storms being created elsewhere. US forces tried to disrupt North Vietnamese supply line in the Vietnam War with attempts to increase rainfall (Credit: Alamy)

For now, controlling the weather remains unlikely – too costly and resource-hungry to make practical. “People are putting research into very efficient lasers that can be put into orbit,” says Lindenthal. “For me, itis only a matter of time.”

“We may, one day, have the technology to control the weather,” adds Bell, “but it will be in thousands, not hundreds, of years.”