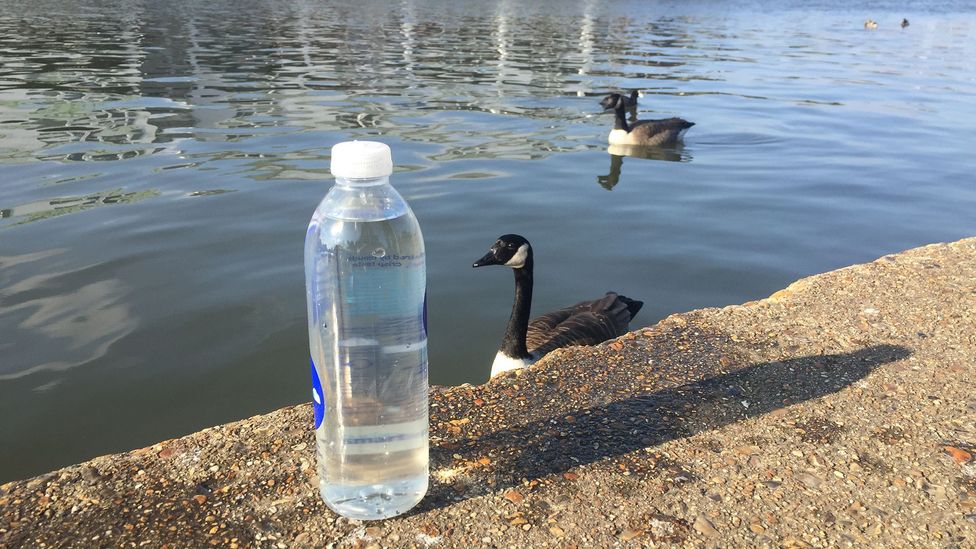 By Zaria Gorvett 5th March 2018
Dirty water still kills millions of people every year. One ingenious invention can remove dangerous microbes as they flow towards your mouth. Would you drink it?

“I wouldn’t drink that if I were you.”

I’m sprawled inelegantly on the concrete banks of the Thames, leaning down to scoop some of its green, murky liquid into an empty water bottle. Already, it’s a scene of utter chaos. An unusually large wave has caught me off guard and sloshed water all up my sleeve. Hungry seagulls are swooping down from every direction. A large crowd of ducks has come to investigate – and two formidable geese are making hissing noises.

The advice is proffered by a man on a nearby boat, who has been watching me with an expression of amused bewilderment for some time. Alas, he disappears below deck before I can tell him that drinking the water is precisely what I’m going to do.

My mad plan begins with a startling fact. According to the World Health Organisation, some 2.1 billion people on our pale blue planet do not have a safe source of water to drink. Consequently, more people die from drinking contaminated water every year than from any form of violence, including war. 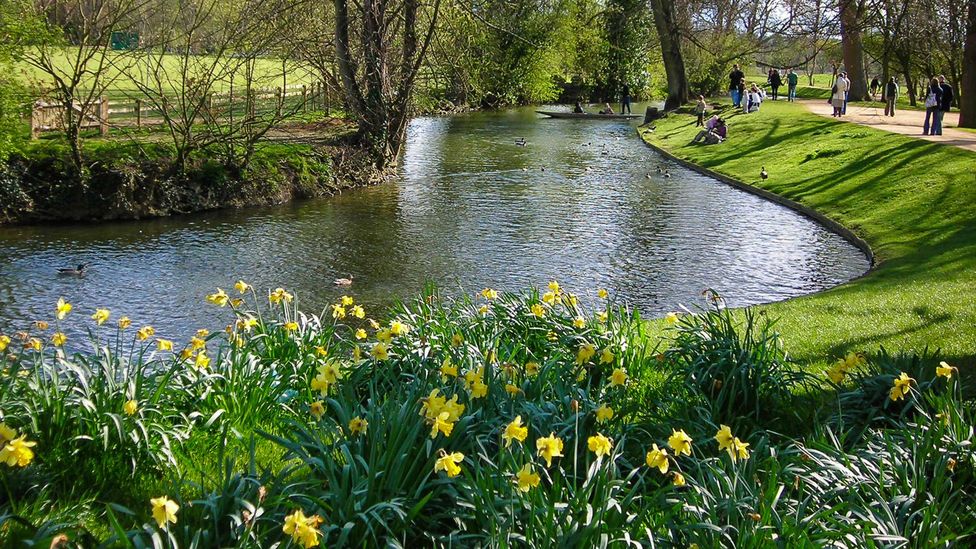 The Thames is quiet and cleaner before it enters London, where it can become polluted with sewage (Credit: Getty Images)

Enter a new generation of bold solutions, from water purifiers that run on faeces to machines that work by filtering out particles using fizzy water. One of these is the LifeStraw, which cleans water by passing it through a bunch of long, hollow fibres encased in a plastic tube.

The original version works like a normal drinking straw; you simply plunge one end into some water, then suck through the other. Anything larger than two microns, or a hundredth of the thickness of a human hair, will be trapped inside before it makes it to your mouth. This includes 99.9% of parasites and 99.9999% of bacteria, such as those that cause cholera, dysentery and typhoid fever. When sipped through a LifeStraw, even the muddiest water comes out as clear as a mountain spring.

It all started back in 1996, when a Danish entrepreneur, Mikkel Frandsen, transformed his grandfather’s uniform manufacturing business to focus on improving the lives of people in Africa instead. The earliest version of the LifeStraw was created to help eradicate guinea worm, one of the most gruesome diseases to survive into the 21st Century.

It’s caused by a Russian doll of nasty things – dirty water, infected with fleas, infected with worm larvae. If you’re unlucky enough to drink any, the worms will mature and breed within your body over several months, eventually popping up at the surface of the skin where they try to wriggle through. The end result is often infections and, occasionally, amputated limbs. It’s excruciatingly painful and there’s no vaccine or drug that can treat it.

To begin with, the straw contained a simple streel mesh that could remove the relatively large fleas. Over the past two decades, Frandsen’s company has supplied the eradication effort with more than 37 million of them, which has helped to reduce the number of guinea worm cases from 3.5 million in 1986 to just 25 last year. “This will be the second disease ever eradicated,” says DeWitte. 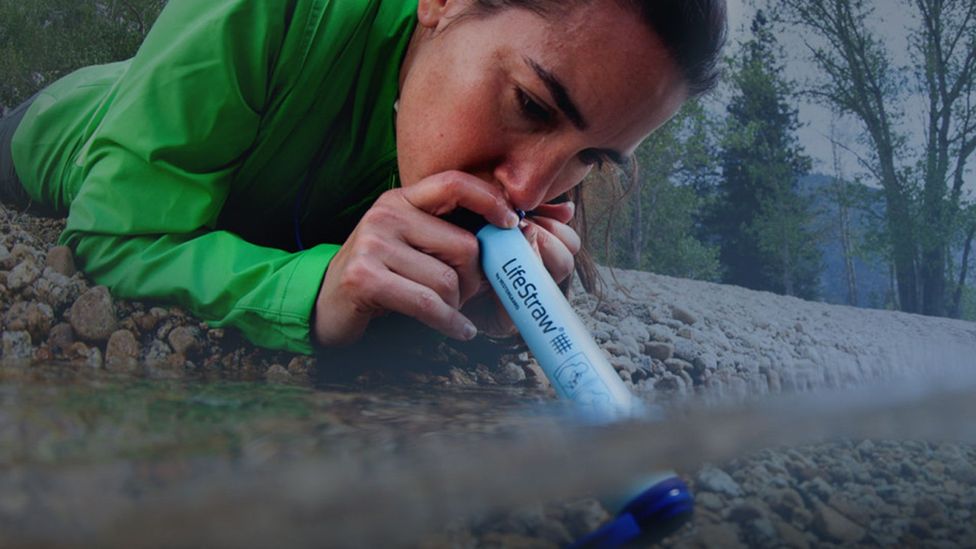 Today the technology has evolved to the point where a single straw can filter all the bacteria, parasites, and fleas from 4,000 litres of water, enough to keep its owner safe for several years. Meanwhile scaled-up, gravity-powered versions have been used in the aftermath of disasters in Haiti, Ecuador, Pakistan and Thailand, and the company that makes them is over half way to providing clean drinking water to a million students in Kenya.

To see this incredible technology in action, I tested the original LifeStraw on the most disgusting liquid I could find in London: water from the Thames. But exactly how risky is this? And why should we care?

“There’s a very long list of pathogens in the Thames,” says Andrew Singer, a senior scientific officer at the NERC Centre for Ecology & Hydrology. When I tell him about the LifeStraw, he laughs heartily. “Well your experiment is certainly going to test it for sure.”

Though many of us assume that “treated” sewage is relatively clean, the reality is very different

In fact, a large proportion of what comes out of Londoners – around 15 million of us – goes into the Thames. “The amount of water in there is quite low compared to the number of people, which means that we have less water to dilute what we put into it. Effectively our rivers are between 10% and 100% sewage at times,” says Singer. Generally this is treated sewage, though occasionally it’s raw.

And though many of us assume that “treated” sewage is relatively clean, the reality is very different.

“Pathogens get reduced in number, but that’s about all we can reliably say,” says Singer. The main dangers in most rivers are the parasites Cryptosporidium and Giardia lamblia, which cause diarrhoea and have spores so tiny and difficult to kill, they sometimes make it into tap water.

Instead, the primary aim of sewage treatment is to reduce the amount of harmful microorganisms and organic matter that it contains. The latter is crucial, because as debris decays, it tends to suck the oxygen out of water and can have a devastating impact on aquatic wildlife. 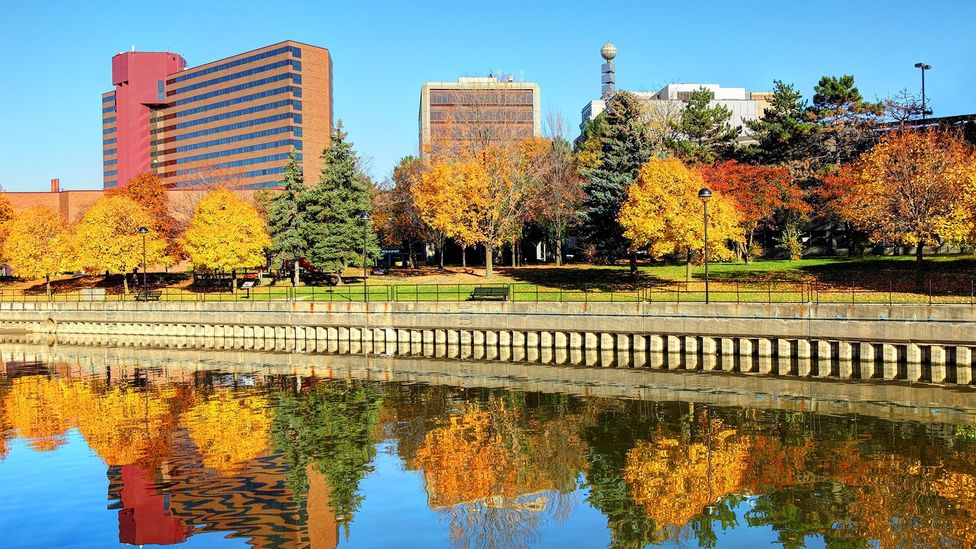 Water pollution in Flint, Michigan became a huge story in the US (Credit: Getty Images)

Sewage also brings with it a hefty dose of pharmaceuticals. One 2013 study of worldwide wastewater treatment plants found that just half of 42 substances present in sewage, such as caffeine and antibiotics, were removed by the treatment process.

Then there’s all the stuff that gets dragged into rivers when it rains. This includes pesticides, herbicides, animal waste, which includes small amounts of toxic metals such as cadmium – “They’re fed to farm animals as “nutritional supplements”, which is really just growth promotion,” says Singer – and anything that the city’s many ducks, seagulls and sewer rats expel. “It gets diluted, but not to the point where you can’t find it. It’s all there.”

Finally, there’s plastic. A 2016 study found some 35,000 plastic particles in samples taken from the Thames, mostly from broken down food and drinks containers.

As far as industrialised countries go, I’d say the Thames is pretty typical. I can’t truly imagine many rivers being worse than the rivers in those flowing in many parts of India - Andrew Singer

This pollution has a number of unpleasant side-effects, including transgendered and dopey fish that make easy prey, after swimming around in water contaminated with the contraceptive pill, plastics – which mimic the chemistry of oestrogen – and calming antidepressants. It also means that interacting with the river is particularly risky. For example, swimming events in the Thames are regularly followed by mass illness.

“As far as industrialised countries go, I’d say the Thames is pretty typical. I can’t truly imagine many rivers being worse than the rivers in those flowing in many parts of India,” says Singer.

Luckily for me, the LifeStraw will remove any bacteria and parasites that might be lurking, as well as plastic and a fair amount of mud. All that will be left is anything dissolved or particularly small, such as metals, viruses, pesticides and herbicides. Here Singer isn’t exactly reassuring – “Pretty much every virus that has ever existed on Earth is running through the Thames,” he says – but I’m banking on these only being present in very small amounts. I’m not exactly going to make this a habit.

Even if you’re not reckless enough to drink directly from a river, the pollution in our rivers might not be as distant we’d like to think. Today 83% of tap water around the globe contains plastic fibres, while dissolved oestrogen is thought to be contributing to rapidly declining sperm counts in men.

“The issues with safe water don’t stop at microbiological,” says LifeStraw’s Managing Director Alison Hill. “And while we think of unsafe water as being predominantly limited to the developing world, I think what we’ve seen in the last five years, in places like Flint, Michigan, is that the issue of safe water is an American concern as well.” 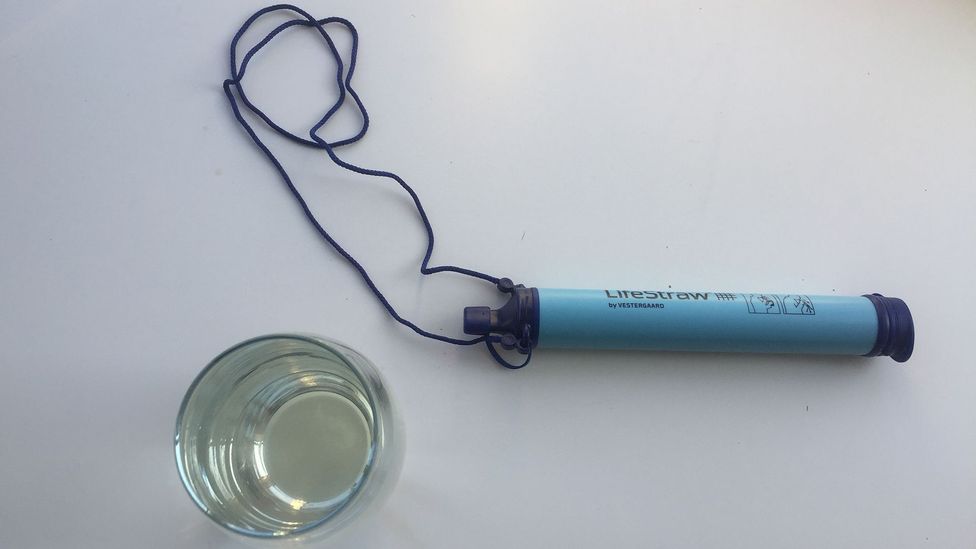 The LifeStraw's makers say that it can remove 99.9% of parasites and bacteria from untreated water (Credit: Zaria Gorvett)

The recent Flint water crisis, in which over 100,000 people were exposed to dangerously high levels of lead, has put the spotlight on these chemical sources of contamination. A report filed last year found that more than 63 million Americans were exposed to unsafe drinking water over the last decade, which may have contained anything from industrial pollutants to illegal quantities of chemical fertilisers.

“There are two main factors,” says Matt DeWitte, Lifestraw’s head of marketing. “One is that the global population is increasingly urbanised, and that means we have to move from filtering biological contaminants only, to also being concerned about heavy metals, pesticides and pharmaceuticals etc. The other overall trend that you see is in countries like the US specifically is the breakdown of infrastructure and that has created an immediate need to respond to things like lead removal.”

Eventually I managed to collect enough water from the Thames without falling in, or being attacked by ducks. To avoid any more looks from strangers, I decided to drink it from the safety of my flat.

Operating the straw is easy – you simply remove the protective caps from either end, dip it into an unpalatable drink of your choice, and use it like a regular straw.

It took a few seconds, but soon a steady stream of freshly filtered river water was flowing through. The verdict? It was icy cold and actually surprisingly refreshing. I thought I could detect notes of damp vegetation, but this was probably my imagination.