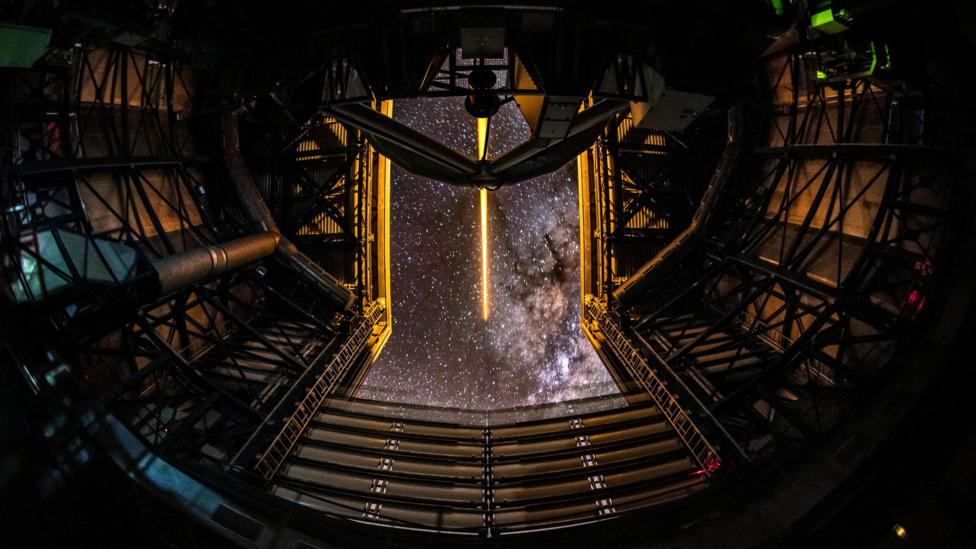 How to build the largest optical telescope ever created

Scientists from around the globe are working together to build the largest ever 'eye' through which we can observe the finer details of the Universe.

The 'Very Large Telescope' (VLT) in Chile is currently considered to be the most advanced optical telescope on Earth.

But less than 25km away, a new telescope is under construction whose size and scale will dwarf the individual telescopes of the VLT.

The 'Extremely Large Telescope' (ELT) will become the most advanced telescope of its kind. In doing so, it will allow researchers to test some of the fundamental theories of cosmology.

Mega Builds is a video series from BBC Future looking at giants of engineering from around the globe.