Loading
Criminal Myths | Crime
Is there a link between mass shootings and mental illness?
Share using EmailShare on TwitterShare on FacebookShare on Linkedin 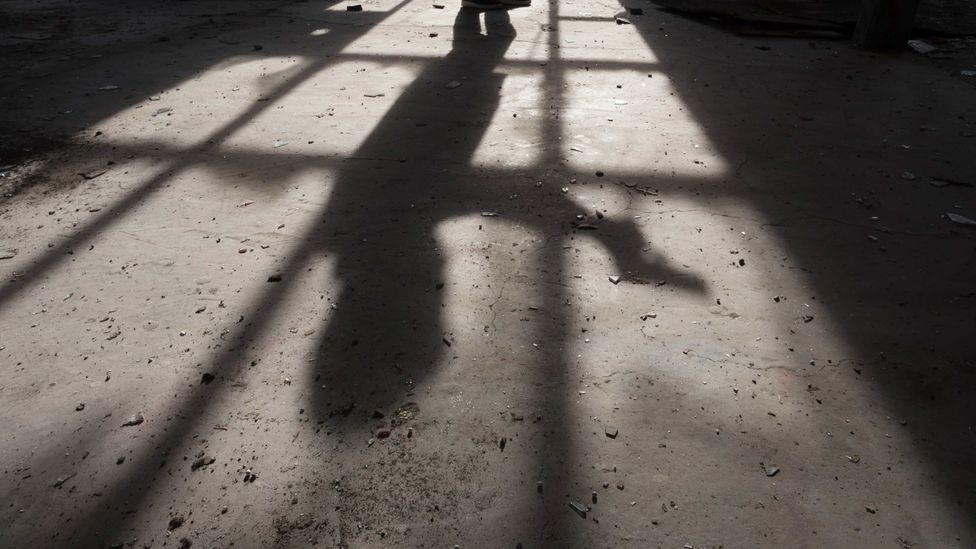 In Stephen King’s The Shining, the character Jack Torrance epitomises the popular horror trope of crazed killer who can no longer distinguish reality from hallucination. As Jack slowly descends into madness, he befriends a number of murderous spirits who eventually convince him to kill his wife and son – or die trying.

The audience may conclude that Jack fell victim to an evil, supernatural force occupying the story’s famous hotel. Or they may interpret his downward spiral in a very different way: that Jack was a mentally ill man – likely schizophrenic – in the grips of a violent psychotic episode.

The Shining is clearly a work of fiction. But when it comes to mental illness and violence, the public, media and policy-makers often have difficulty discerning fact from fantasy. Opinion polls consistently reveal that the majority of adults in the US believe that people with mental illnesses are more likely to be violent than those without.

That assumption is further reinforced each time a new mass shooting takes place, inevitably followed by calls for mental healthcare reform. But what does the evidence say about the relationship between mass shooters and mental illness? Are these acts of violence really a mental health problem? 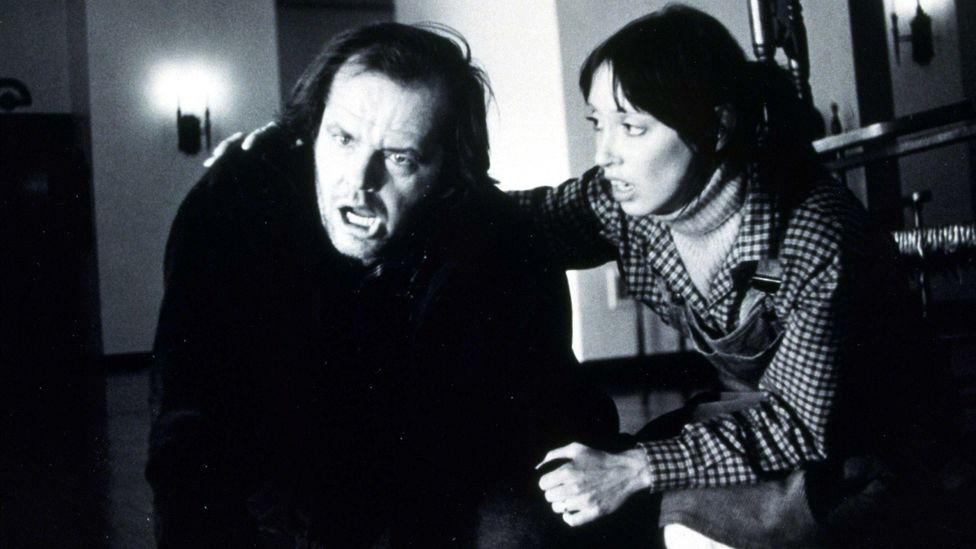 Jack Torrance in The Shining is a typical example of a 'crazed killer' who can no longer distinguish reality from hallucination (Credit: Alamy)

If social media and sensationalist headlines are a guide, the fear of extreme violence from the mentally ill is common. “The idea of losing the capacity to control one’s thoughts or behaviours is scary and alien, which translates into fear of mental illness – particularly in its more severe manifestations,” says Paul Appelbaum, a psychiatrist at Columbia University College of Physicians and Surgeons. “We also have a tendency as human beings to pay particular attention to unusual events in our environment, so when acts of violence are committed by people with mental illness, they may be particularly salient in our minds.”

Senseless tragedies like mass shootings also provoke and demand answers – preferably ones that are also accompanied by easy fixes, says Jeffrey Swanson, a professor of psychiatry and behavioural sciences at Duke University School of Medicine. “We want life to be safe and predictable and to make sense,” he says. “The normal reaction is to want an oversimplified master explanation so you can put it in this box and say, ‘Ah, it’s mental illness’..’”

That knee-jerk conclusion is problematic, he continues, because it encourages even more stigmatisation of people who have a mental illness, many of whom already have extremely difficult lives and already face discrimination in several areas, namely housing, jobs, and relationships. Individuals suffering from mental illnesses are actually three times more likely than the average person to be victims of violence, as they are more vulnerable. 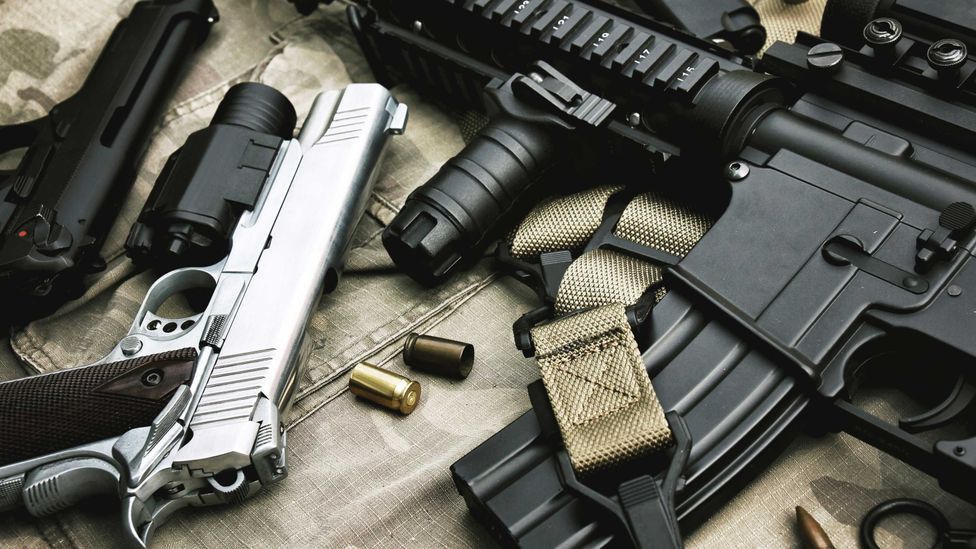 It is true that some mass shootings and other atrocious acts of violence are committed by people who are seriously mentally ill. In 1998, for example, Wendell Williamson, a law student who was later diagnosed with paranoid schizophrenia, fatally shot two strangers on the street in Chapel Hill in North Carolina. Williamson claimed that he had been operating under the belief that he was saving the world, and a jury eventually found him not guilty by reason of insanity.

But such cases, Swanson says, are in the minority. In fact, few mass killers actually suffer from a diagnosable, serious mental illness such as schizophrenia, bipolar disorder and psychotic spectrum disorders. A 2004 analysis of more than 60 mass murders in North America, for example, found that just 6% were psychotic at the time of the killings.

And when it comes to mass shootings, those with mental illness account for “less than 1% of all yearly gun-related homicides”, a 2016 study found. Other studies indicate that people with mental disorders account for just 3-5% of overall violence in the US, (much lower than the prevalence of mental illness in the general population – up to 18%) which “still leaves you with around 96% of violence, even if you’re able to eliminate all people with mental disorders”, Appelbaum points out.

Individuals with mental illnesses are more likely than the average person to be victims of violence (Credit: Getty Images)

Moreover, much of the violence that people with serious mental illnesses commit are minor infractions, such as verbal assault or hitting, not homicide (suicide, however, is a significant problem), and such infractions tend to be directed at those the perpetrator lives with, not at strangers and not at a mass scale. Large attacks also require a level of planning and organisation that often defies many with serious mental illness. A 2014 study, for example, found that just 2% percent of 951 patients discharged from a psychiatric hospital committed a violent act involving a gun, and just 6% committed a violent act involving a stranger.

A 2011 meta-analysis of over 700 homicides committed by people with a diagnosed psychosis likewise revealed that just between 3% and 14% of the victims were strangers – the rest were known to the killer.

But even in cases in which people with a serious mental illness do become violent, it’s difficult to peg their crimes solely on their diagnosis, Swanson says. Confounding variables such as a history of childhood abuse or use of alcohol or drugs can increase the odds of violence. “If you remove additional risk factors and look at mental illness alone, it’s almost unrelated to violence,” Swanson says.  “There’s consensus in the field that the unique contribution of psychopathology to violence in the population is very small.”

In the wake of an incomprehensible tragedy, however, the implications of that conclusion can be difficult for many to process. “When one of these horrible mass shootings occurs, people say, ‘Anyone who would do such a thing must be mentally ill,’” says Renee Binder, a professor and director of the psychiatry and law program at the University of California San Francisco School of Medicine. “But we need to be careful with our definitions because, while something is clearly wrong with them, it’s often not a serious mental illness.” 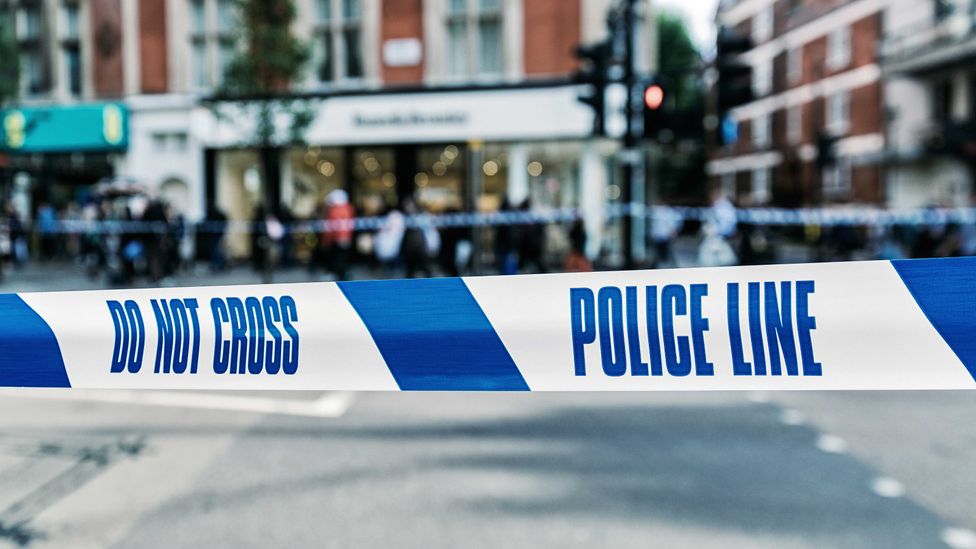 Mass shootings in the US are frequently blamed on mental illness (Credit: Getty Images)

Making this inaccurate link can also shift the focus of policy debates in the US. In debates over limiting access to firearms, some people start talking about fixing the mental healthcare system instead. “Suddenly you hear the gun lobby – which is very powerful in this country and has a vested interest in not having guns be regulated – become an advocate for better mental health care in America,” Swanson says. “It’s a distraction so we don’t talk about guns.” (Read more: “What if all guns disappeared?”)

It’s difficult to psychologically profile mass shooters because they often commit suicide or are killed during their attack. But what doctors and scientists do know is that the perpetrators of such events are frequently angry young men, who feel they have been mistreated by society and therefore seek to extract revenge. 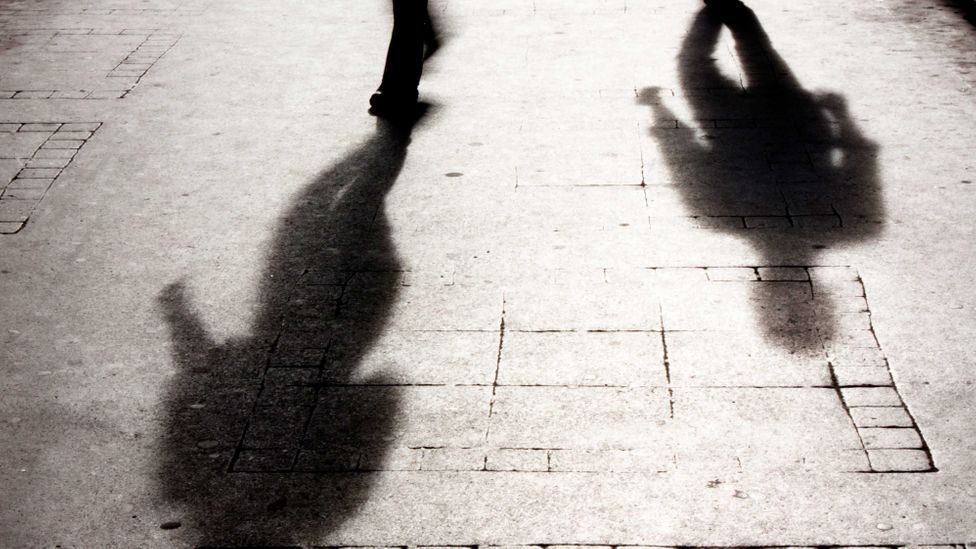 Experts say that bolstering treatment for mentally ill people would not actually solve the gun violence problem in the US (Credit: Getty Images)

The problem, however, is that tens of thousands of individuals fit that description – yet the vast majority do not commit a mass shooting. “If we could do something about maleness, we could really reduce violence and crime,” Swanson says. “But you can’t round up all the males.”

Predicting who could turn into a mass killer is virtually impossible, Swanson says. Some mass killers had even visited psychiatrists for behavioural problems prior to their attacks, but had no diagnosis of a specific mental illness. “Most of the people who commit mass shootings don’t want treatment and don’t meet the criteria for treatment,” Binder points out. Nor can individuals be committed to a mental hospital just for being angry.

This means that bolstering treatment for mentally ill people (a welcome development in its own right), would not actually solve the gun violence problem in the US, Swanson argues. The majority of perpetrators would still slip through the system.

So, in debates over how to reduce mass shootings, the evidence suggests that framing these events as caused by mental illness is unlikely to help prevent further attacks – and may only serve to perpetuate an ungrounded fear of the mentally unwell that is rooted more in fiction than fact.