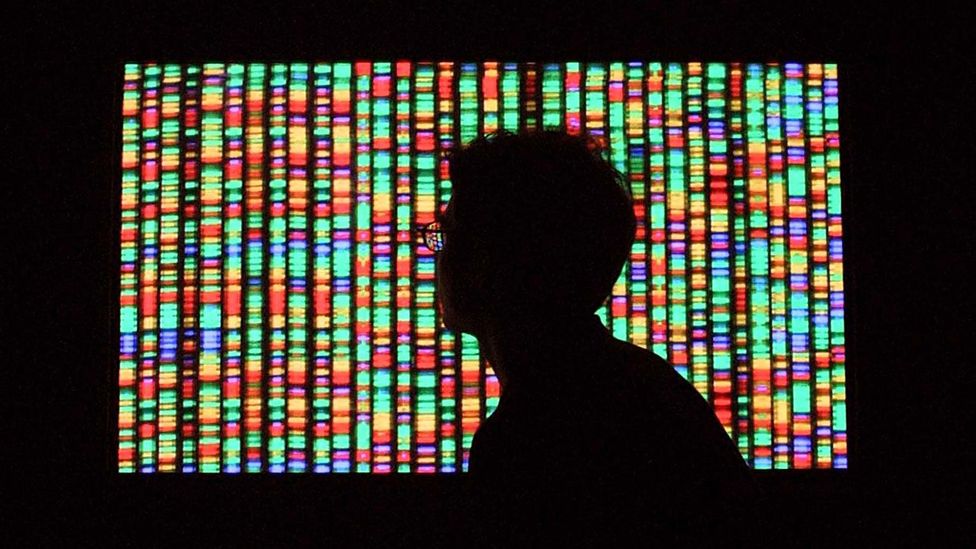 By Colin Barras 30th May 2018
Lawyers have begun using people's genetic history to help defend their clients – will it actually influence judges and juries?

After 11 hours of deliberation, the jury had reached a decision: voluntary manslaughter, not murder. Others in the courtroom were astonished. “I was just flabbergasted. I did not know how to react to it,” prosecuting attorney Drew Robinson said later in an interview with NPR.

It had looked like an open and shut case. Following a dispute, Bradley Waldroup shot his wife’s friend eight times. Then he attacked his wife with a machete. His wife survived. Her friend did not.

Waldroup admitted responsibility for the crimes; prosecutors in Tennessee charged him with murder and attempted first-degree murder. If guilty, a death sentence looked likely.

But then his defence team decided to ask for a scientific assessment. It turned out that Waldroup had an unusual variant of the monoamine oxidase A (MAOA) gene – dubbed the “warrior gene” by some in the media because of its association with antisocial behaviour including impulsive aggression. A forensic scientist testified that Waldroup’s genetic makeup, combined with the abuse he had experienced as a child, left him at greater risk of violent behaviour.

You might also like:
• Can psychopaths learn empathy?
• Are mass shooters mentally ill?
• The myth behind long prison sentences

To many outside observers, it seemed that this evidence played a significant part in Waldroup's case. This perception was compounded after some on the jury said later that the genetics influenced their decision to find Waldroup guilty of voluntary manslaughter rather than murder. “A bad gene is a bad gene,” one juror told NPR. The full picture, however, may have been more complicated.

Waldroup’s is one of several high-profile cases in which genetic or neuroscientific evidence (a brain scan, for instance) seems, on the surface, to have proved influential in court. Researchers have expressed concerns about the trend – particularly as the science is still relatively new and untested, arguing it is potentially vulnerable to being misused in the criminal justice system. But a number of studies suggest that the reality is more nuanced. What do we know about how judges and juries assess scientific evidence like genetics in court? And is it really as influential as some believe? 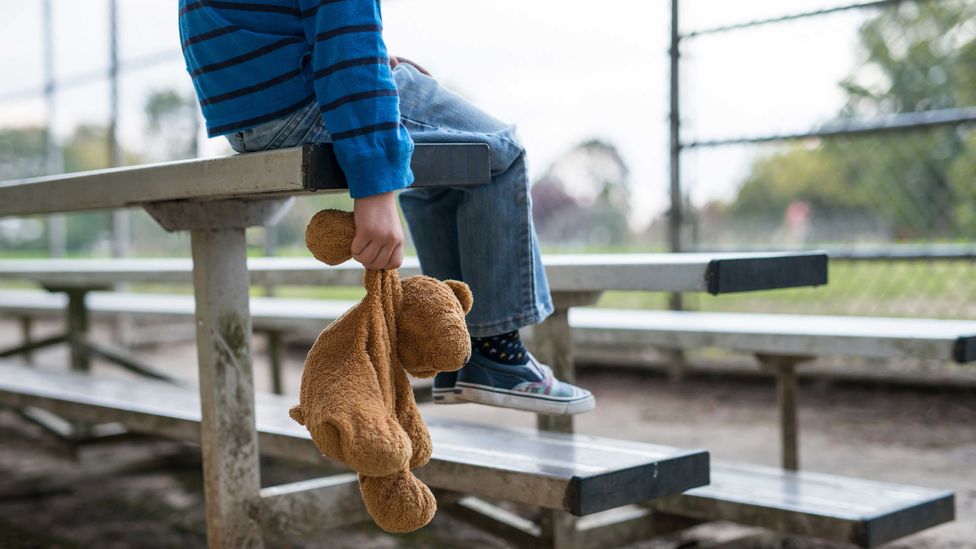 Scientific evidence is typically introduced in conjunction with other factors – such as abuse a defendant suffered as a child (Credit: Getty Images)

Of course, generally speaking, it is difficult to know what influences a certain criminal sentence. What happens in court stays in court. Published records of proceedings are often incomplete. Even cases that are written up in detail are unlikely to reveal the effect that any one piece of evidence – including a genetic or neuroscientific diagnosis – has on the judge or jury.

“These cases are extremely complicated. So many factors are involved,” says Deborah Denno, a professor of law at Fordham University in New York City. “The neuroscience is one of perhaps 50 variables introduced to the jury on behalf of the defendant.”

Genetic evidence would seem to have made a difference in Waldroup’s case. But even here, the NPR interviews with jurors suggested there was more going on. One juror said she was “sure” the genes had been a factor in the voluntary manslaughter verdict – but added that Waldroup’s upbringing had figured in the jury’s decision too. It’s therefore hard to say what role the genetic evidence played.

Genetic and neuroscientific evidence is typically introduced in conjunction with other factors – the abuse a defendant suffered as a child, for example, or their family history of social problems. So it’s essentially impossible to know whether it’s uniquely decisive during deliberation. “We really don’t know how people are making their decisions,” says Denno. The jurors themselves may not even know, she adds.

Since the courtroom itself is such a difficult environment in which to study the specific effects of genetic or neuroscientific evidence, some researchers are taking a different approach. They have begun taking criminal cases out of the courtroom and into the lab.

Nicholas Scurich at the University of California, Irvine and Paul Appelbaum at Columbia University asked 640 volunteers representative of the US population to act as virtual jurors. Each ‘juror’ had to decide which sentence to recommend for assault with a deadly weapon. 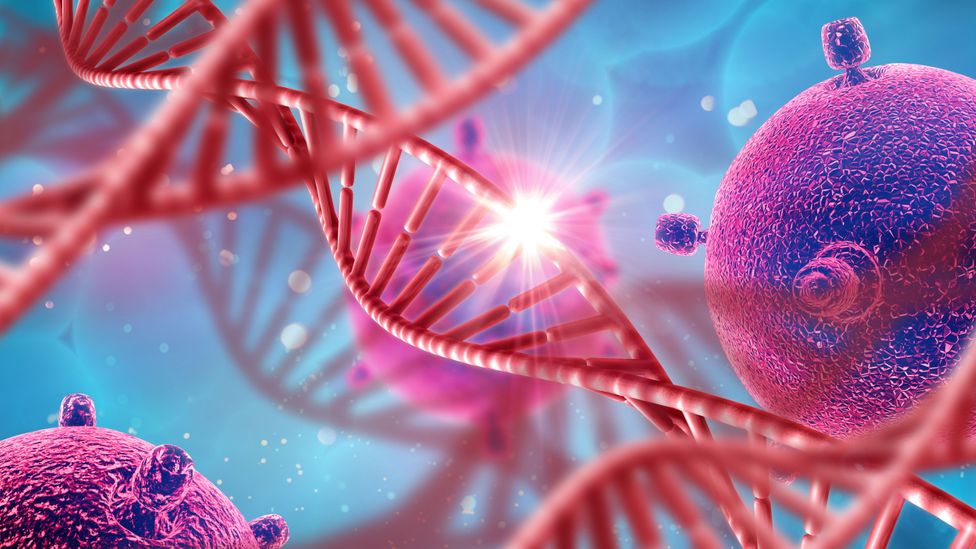 Lawyers can argue that their defendant has a genetic makeup that may predispose them to impulsive behaviour - whether this works as a defence is less clear (Credit: Getty Images)

Scurich and Appelbaum tweaked several variables presented to the virtual jurors: whether the defendant was a juvenile or an adult, the assault’s severity, and the defence attorney’s explanation for the assault – whether, for instance, the defendant had a genetic makeup thought to predispose them to impulsive behaviour.

Real courtrooms may not be typically swayed by neuroscientific evidence

The ‘jurors’ suggested significantly shorter sentences if the defendant was a juvenile, or if the assault was less severe. But the genetic explanations for the defendant’s behaviour made no difference to sentence lengths. 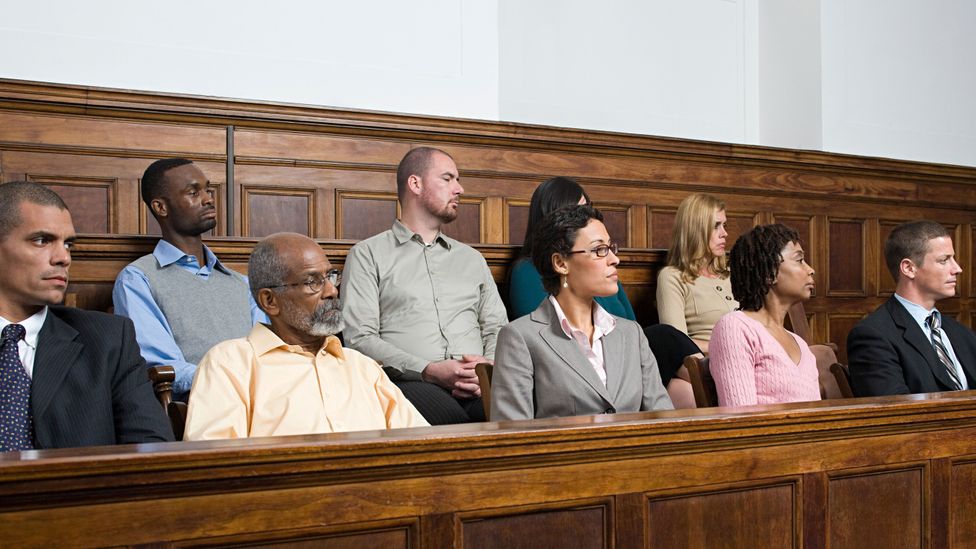 The public may be more resistant to the allure of science in the courtroom than we once thought (Credit: Getty Images)

Denno isn’t surprised by these findings. She has studied hundreds of US court cases in which neuroscientific evidence was presented in court. “I’ve never been able to conclude, even after 800 cases, that the neuroscience makes a difference,” she says.

We can only speculate about why that might be the case. Last year, Scurich and Appelbaum suggested the intricacies of the scientific evidence might seem so incomprehensible to the average person that they simply ignore this kind of evidence when they sit on a jury.

James Tabery, a professor of philosophy at the University of Utah in Salt Lake City, has a different explanation. He thinks most people may struggle to believe the scientific evidence. For instance, it might simply seem too implausible that something as tangible as our behaviour can be explained by something as intangible as our genes.

There’s an alternative. It’s possible that genetic evidence really does affect sentencing – but it may simultaneously pull the decision in opposite directions, cancelling itself out.

Here’s why. If a judge or juror is told that an underlying genetic or neurological explanation partly accounts for a defendant’s behaviour, they may decide that a lighter sentence is justified because the defendant is at the mercy of their biology. But the judge or juror then might also decide a more severe sentence is required to keep the defendant off the streets – their biology makes them likely to reoffend.

Tabery thinks this neutralising effect might happen some of the time.

But he says that there are some situations in which the balance between the two factors can shift, meaning scientific evidence actually hurts the defendant. 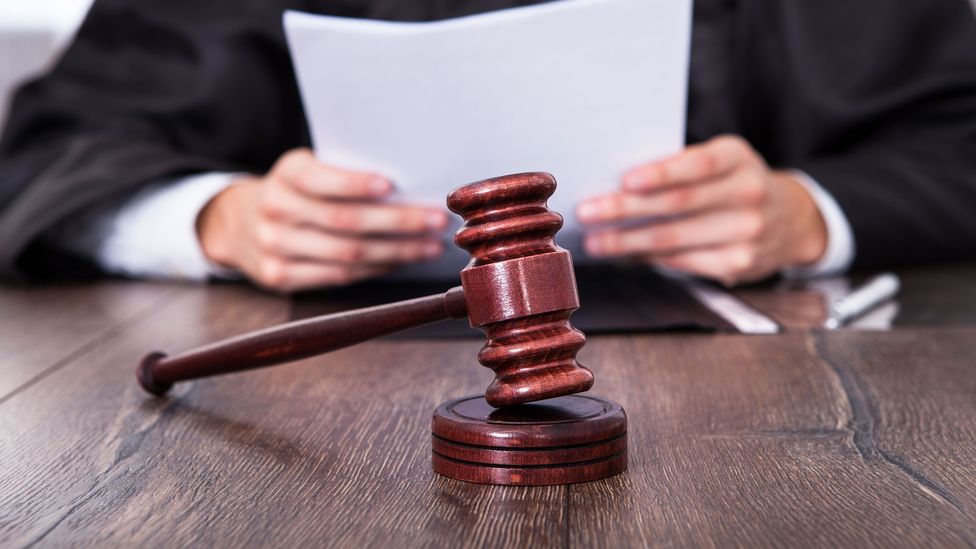 When judges and juries consider a verdict, scientific explanations for a criminal’s behaviour might have little or even no effect (Credit: Getty Images)

In 2012 he and his colleagues published a study similar to that of Scurich and Appelbaum. The starting point was a hypothetical scenario in which a man diagnosed with psychopathy had been found guilty of a severe assault. Tabery’s team then asked 181 US state trial court judges to decide on an appropriate sentence.

During their careers, the judges had dealt with many real cases of severe assault. From the information they gave to the researchers about these cases, it seems that they gave the crime a sentence of about nine years on average. But they gave the psychopathic ‘defendant’ a significantly longer sentence: almost 14 years. This figure dropped to roughly 13 years for a subset of judges who were given an explanation for the psychopathy diagnosis, linking the condition to unusual brain function tied to activity of the MAOA gene.

“The diagnosis of psychopathy clearly aggravated sentencing,” says Tabery. “Although the additional information mitigated that a little bit.”

The takeaway, he thinks, is that in certain circumstances – particularly when a defendant is likely to spend a limited time in prison and then re-enter society – genetic or neuroscientific evidence can make a big difference in court. It can lead to more severe sentences.

This idea clearly clashes with Denno’s conclusion that genetic or neuroscientific evidence doesn’t seem to make a decisive difference in court. In a 2013 paper she argued that this is because there are flaws in the study that Tabery and his colleagues performed.

For instance, Denno points out that Tabery and his colleagues chose a disorder – psychopathy – which, in their own words, is a “diagnosis with much stigma”. The judges were also specifically advised that the defendant’s condition was untreatable. This might have encouraged them to think hard about the future danger the defendant would pose to society – harder than they might have done without prompting. The researchers “loaded the dice,” says Denno.

Genes shape much of who we are, but they are not the only factor (Credit: Getty Images)

What’s more, an attempt to repeat the experiment – this time using judges in Germany – failed to reproduce the same results as Tabery and his colleagues. “I would be very cautious about drawing broad conclusions from the [Tabery team’s] study, at least without a strong replication,” says Appelbaum.

Tabery agrees with some criticisms, but he doesn’t think the study’s conclusions should be dismissed – particularly as it explored the effect that scientific evidence can have on the decisions reached by professional judges, not volunteers who lack courtroom experience.

So did Waldroup actually secure a more lenient sentence because of genetic evidence? It seems difficult to argue. Denno’s studies of court cases suggest not – and Tabery’s work suggests it even had the potential to lead to a more, not less, severe sentence.

But this context can be left out when notorious court cases like Waldroup’s are discussed in the media. It’s easy to get the impression that dangerous criminals are routinely escaping harsher punishments because defence attorneys are using genetics and neuroscience as a trump card.

The reality may be a lot more mundane. Far from revolutionising the criminal justice system, Denno thinks genetics and neuroscience are simply slotting into a pre-existing arsenal of scientific tools that defence or prosecuting attorneys can use to build a case.

The general public may be more resistant to the allure of science than many people might typically assume.