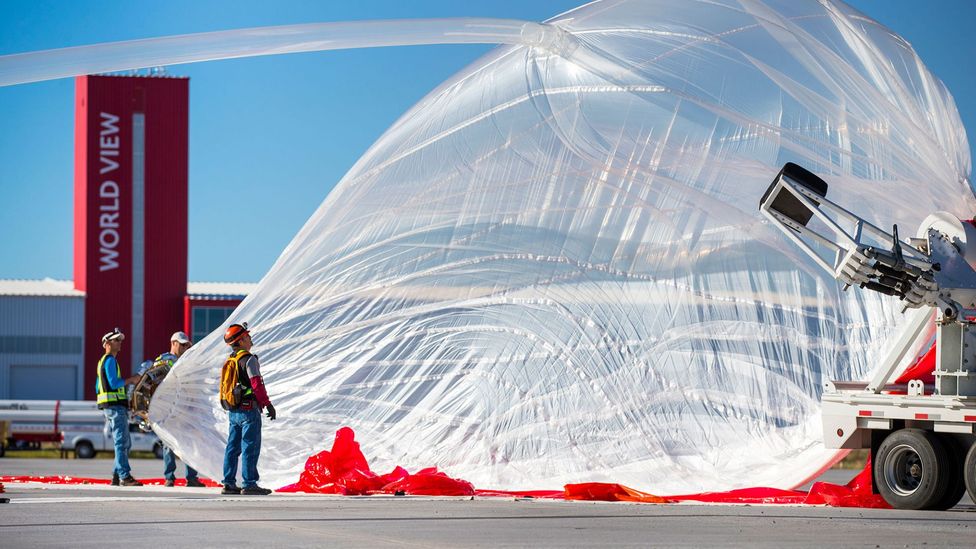 By David Hambling 1st June 2018
High-altitude balloons paved the way for satellites. Decades later, could they be poised to replace them?
T

The near future: tourists peer excitedly out of portholes far above the Earth, entranced by the sight of the starry blackness above and the curved blue horizon below. However, this is not a spacecraft, but a ‘near-space balloon’. It was launched from Mongolia, not Houston. And the tourists are Chinese.

Such balloons are a new ‘high frontier’. In 1958, Russia amazed the world by launching Sputnik, the first satellite. American hurriedly set up Nasa to compete in the space race and became the world’s pre-eminent space power. Satellites are vital in communications, weather monitoring, navigation and other areas. But 60 years after Sputnik high-altitude balloons are challenging them.

Balloons provide a vantage point at 30 kilometres (18.7 miles) for communications or monitoring, much closer than satellites. They cost a fraction of the price and, unlike satellites, can easily return to Earth for upgrade or repairs.

Nasa pioneered the first stratospheric balloons in the 1950s; today the agency uses them for atmospheric research, Earth observation and exploring cosmic rays. The balloons are huge – some are seven times the size of St Paul’s Cathedral – made of plastic the thickness of a sandwich and filled with helium. Their weakness is that they can only drift with the wind; the big breakthrough in recent years has been learning how to steer them.

“We’re learning a whole new area of navigation,” says Jeffrey Manber, CEO of US space company Nanoracks. “To me, what’s going on now harkens back to the great days of sailing by the stars and the winds – it’s back to the future.”

The upper atmosphere is called the stratosphere because it is ‘stratified’, divided into many different layers, with winds blowing in different directions at different altitudes. In principle, and given the necessary weather information, a balloon can go in any direction desired simply by moving to the right altitude and riding the wind. 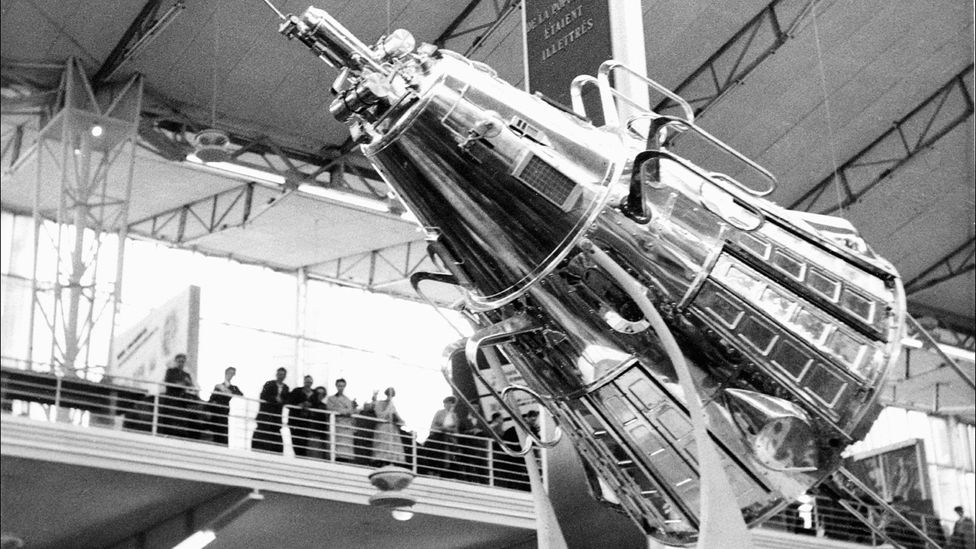 Project Loon, part of Google parent Alphabet, is one of the first to exploit these countervailing winds with high-altitude balloons to provide communications in remote or disaster-hit areas. The original plan was a stream of balloons following the prevailing wind, but researchers found the balloons could stay in place by using countervailing winds at different heights. Sophisticated machine-learning algorithms change height to catch the right wind.

Project Loon gave internet access to 300,000 people in Puerto Rico after hurricane Maria destroyed infrastructure in 2017. This proved that the concept works, even though it is still at the experimental stage.

We think this has the potential to be a game-changer for us – Admiral Kurt Tidd, US Navy

World View, based in Tucson, plan to use their balloons, known as Stratollites, not just as communications relays, but also as surveillance platforms. BBC Future visited their facility back in 2016.

Three years ago World View looked like a dream, but after a series of increasingly ambitious test flights, the company has government contracts and commercial customers. The defence community sees Stratollites as the new eyes in the sky. 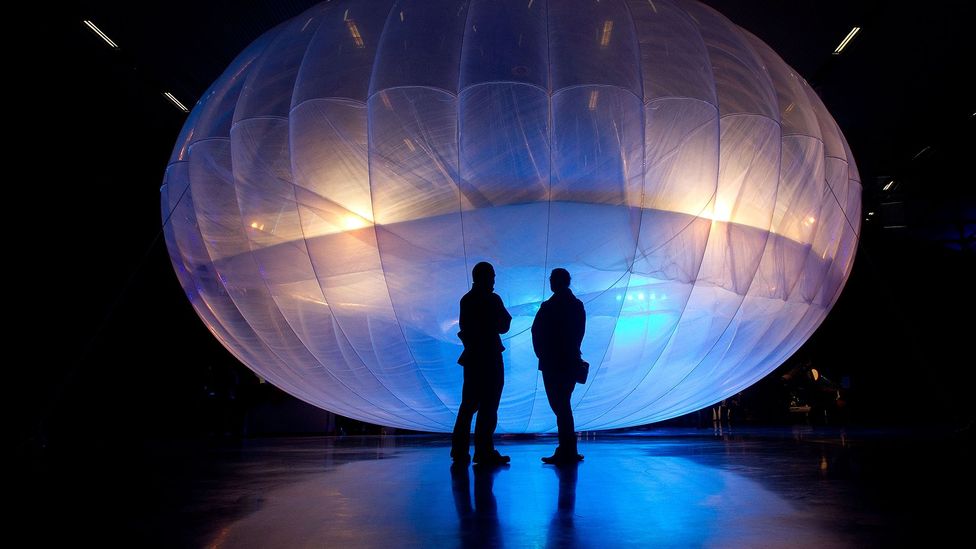 “We think this has the potential to be a game-changer for us,” says Admiral Kurt Tidd, commander of US Southern Command, following a successful Stratollite test flight. “A great, long-duration, long-dwell surveillance platform.”

The same technology could help track weather in real-time, for example getting a close-up view of a hurricane from above. The US National Oceanic and Atmospheric Administration is taking an active interest.

Current Stratollites carry a 50kg (110lb) payload and thanks to solar cells they can operate indefinitely, with enough power to drive radar or powerful communications. Bigger balloons capable of carrying larger payloads are in the pipeline. Longer-term plans include near-space tourism and delivering cargo. When its mission is over, a Stratollite goes to a given point and parachutes to the ground. The same technique could be used to deliver emergency supplies or other cargo to remote locations anywhere in the world.

One of the holy grails around the world is whether you can lower the cost of launching a small CubeSat into orbit – Jeffrey Manber, Nanoracks

There is growing competition, and it comes from China. KuangChi Science (KC), founded in Shenzhen in 2010, specialises in airships and communications technology. The company is developing its Traveller balloon and its own version of wind-riding stratospheric navigation.

“The initial focus in China is remote sensing and telecommunications, with customers including municipalities seeking to integrate Traveller into a Smart City system,” says Zhou Fei, head of KC Space’s R&D team. He says it will cost between one-tenth and one hundredth of a comparable satellite system.

Traveller will also carry a capsule with six passengers high into the stratosphere. Last October, KuangChi launched and safely retrieved a balloon carrying a turtle to an altitude of 21 kilometres (13.1 miles). This could lead to passenger flights by 2021 costing around £70,000 ($96,600) a seat. 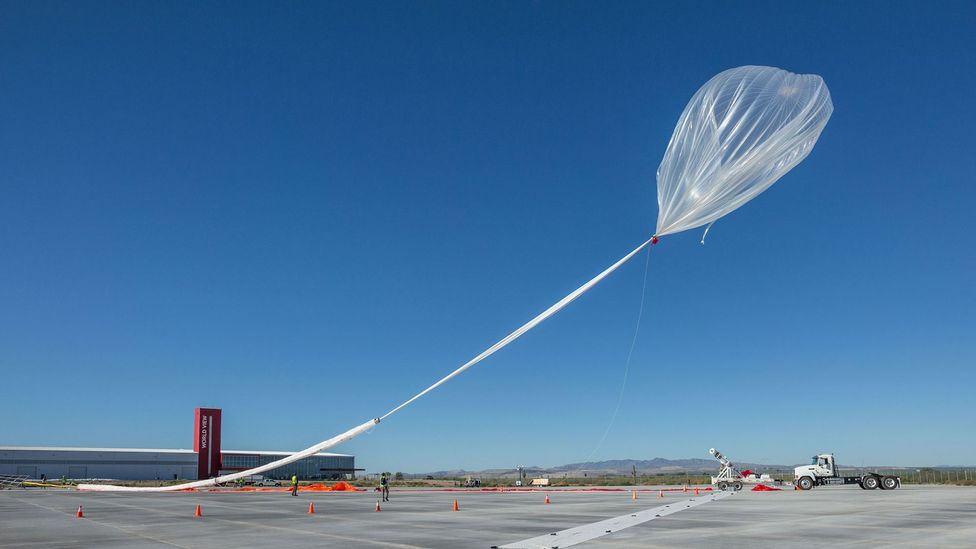 World View has carried out a series of ambitious test flights in the past three years (Credit: World View)

Fei says that Traveller could also be a ‘secondary launch’ platform. This would mean lifting a rocket above most of the Earth’s atmosphere, from where it could fire a small rocket into orbit far more easily than from sea level. This would be useful for the growing market for tiny CubeSats.

“One of the holy grails around the world is whether you can lower the cost of launching a small CubeSat into orbit,” says Jeffrey Manber, whose company Nanoracks is working with KC on the Traveller programme.

Balloons might also launch vehicles downward. In 2017 a team from the Chinese Academy of Sciences led released two small drones from a stratospheric balloon, turning it into a flying airbase. This setup could carry out search and rescue missions, with sensors on the balloon identifying likely locations and dropping drones for a close-up view. They believe the  balloon could carry hundreds of drones. 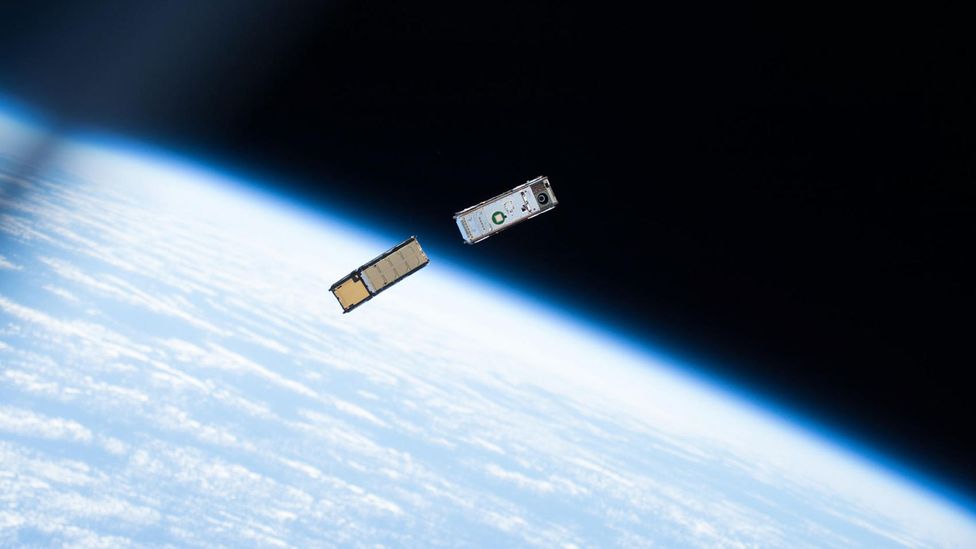 The balloons could be a cheap way to launch tiny cubesats (Credit: Alamy)

The Chinese military is also taking an interest  in ‘near space’. Nobody controls this domain – yet – and stratospheric balloons offer an inexpensive means for military surveillance and other applications. The could lead to a slew of military contracts.

After the Russian Sputnik showed the world what satellites could do, the US outmatched them in the space race. More and more stratospheric balloons for near-space tourism, communication and surveillance are likely to appear in the near future. The near-space race is on and while America is currently leading, China is catching up – quickly.