Loading
In Depth | Brain
Thai cave: How life in darkness could affect trapped boys
Share using EmailShare on TwitterShare on FacebookShare on Linkedin 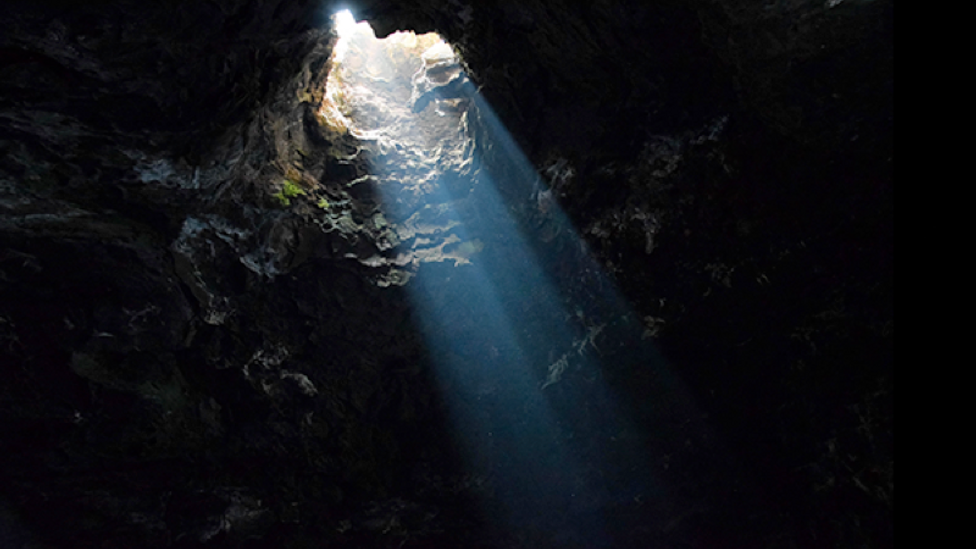 By Linda Geddes 4th July 2018
The 12 boys and their coach trapped in a cave in Thailand may be stuck there for a lengthy period – how will a lack of daylight affect them? Linda Geddes explores what scientists know.
I

It’s dark, damp, and dangerous to escape. But fortunately for the 12 boys and their football coach trapped deep inside a flooded cave complex in northern Thailand, the outside world knows where they are.

Since being discovered alive on Monday, the boys have eaten, and medical checks have confirmed that none of them are in a serious condition. But with further rainfall predicted in the coming days, military officials have warned that it could be up to four months before the flooding recedes enough for them to escape the caves. 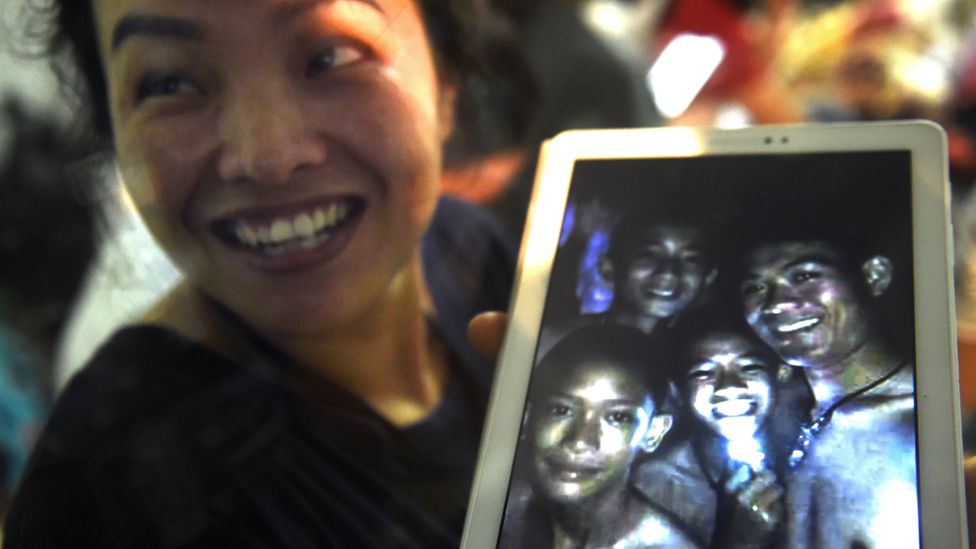 A family member shows a picture believed to have been taken in 2017 of four of the 12 missing boys (Credit: Lillian Suwanrumpha/AFP/Getty Images)

Aside from the psychological trauma of being trapped hundreds of metres underground, the absence of daylight may do strange things to the boys’ internal sense of time and their perception of it. These changes could put them at risk of depression, insomnia, and potentially create discord within the group. What do scientists know about how their bodies and minds will react to darkness – and are there measures that could help them?

This isn’t the first time that people have been isolated in a cave system for months on end. In 1962, a French geologist called Michel Siffre holed himself up inside an underground glacier that he’d discovered near Nice for two months. With no access to clocks, calendars, or sunlight, and no visits from the world above, Siffre let his body dictate his behaviour. He kept a written record of his activities and telephoned his team on the outside each time he woke up, ate and just before he slept – although they didn’t reveal to him what time it was. When his colleagues eventually called to say the two months was up, Siffre didn’t believe them: he was convinced that only one month had passed. His psychological perception of time had become distorted by the constant darkness. 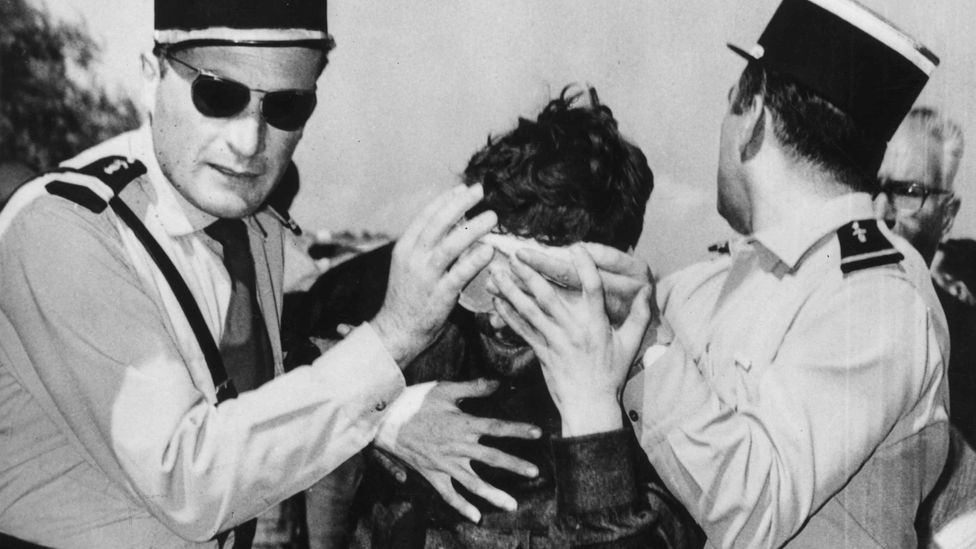 Similarly, when divers discovered the trapped boys in Thailand on Monday, one of the first questions they asked was how long they’d been down there.

Siffre’s notes revealed another interesting phenomenon: although he spent approximately a third of his time sleeping, as he would above ground, his sleep/wake cycle was not 24 hours – but 24 hours and 30 minutes. He had begun living on his own internal time, rather than by the clock most of us adhere to in our daily lives, which is dictated by the rising and setting of the sun.

People’s bodyclocks begin to ‘free-run’, which means the timing of their sleep shifts day by day

A similar phenomenon can be observed in people who are completely blind. Although the precise timing of their internal clock varies – some people’s clocks run at slightly under 24-hours, while others are closer to 25 hours – they no longer keep time with the outside world, and begin to “free-run”, which means the timing of their sleep shifts day by day.

Someone with a 24.5-hour clock might wake at 08:00 on Monday, but on Tuesday it would be 08:30, and on Wednesday, 09:00, and so on – until after two weeks, their body would think it was 20:00 when it was really 08:00. The medical term for this condition is non-24-hour sleep wake disorder, and it is characterised by periods of good sleep – when the internal clock is roughly in line with the world outside – followed by periods of dreadful sleep and excessive daytime sleepiness. It has been likened to living with permanent jetlag. 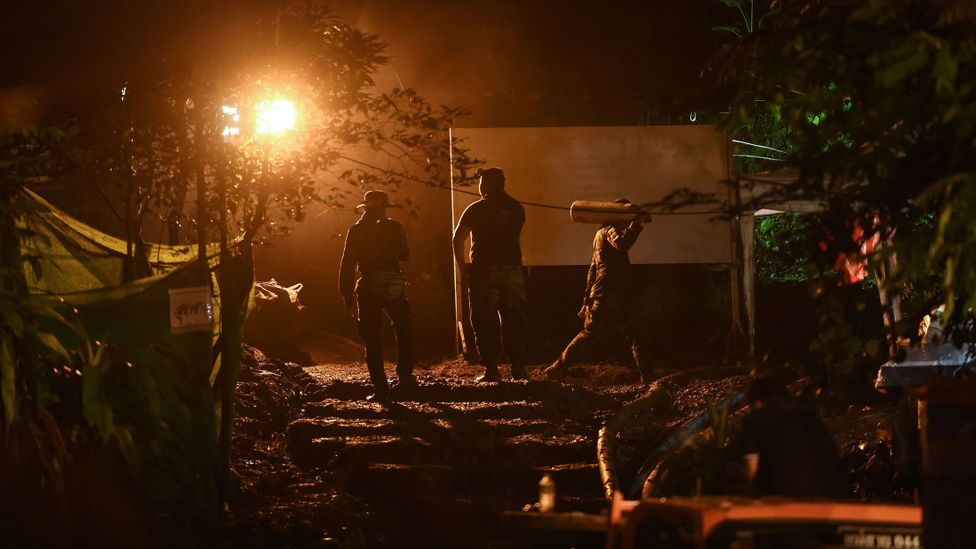 Rescue workers in Thailand have been debating how to bring the trapped boys and coach to the surface (Credit: AFP/Getty Images)

These internal rhythms are generated by a tiny patch of brain tissue called the suprachiasmatic nucleus (SCN), which you’d hit if you drilled a hole between your eyebrows approximately 2cm (0.8in) deep. Its window on the world is a group of light-sensitive cells at the back of the retina called intrinsically photosensitive retinal ganglion cells. Even though our internal clocks run a little faster or slower than 24 hours, when sunlight hits the eye each day, this acts as a reset button for the SCN, keeping it synchronised to the light/dark cycle outside.

If you become trapped below ground, or if the damage to your eyes is so extensive that your brain can no longer register light, this connection is lost, and you will begin to free-run, as those boys in Thailand must be doing now.

Because it’s highly unlikely that they all share the same internal timing, the periods when they’ll feel sleepy and wide-awake will also drift apart. This could create problems in this confined space, if some people want to sleep when others are feeling wide-awake. 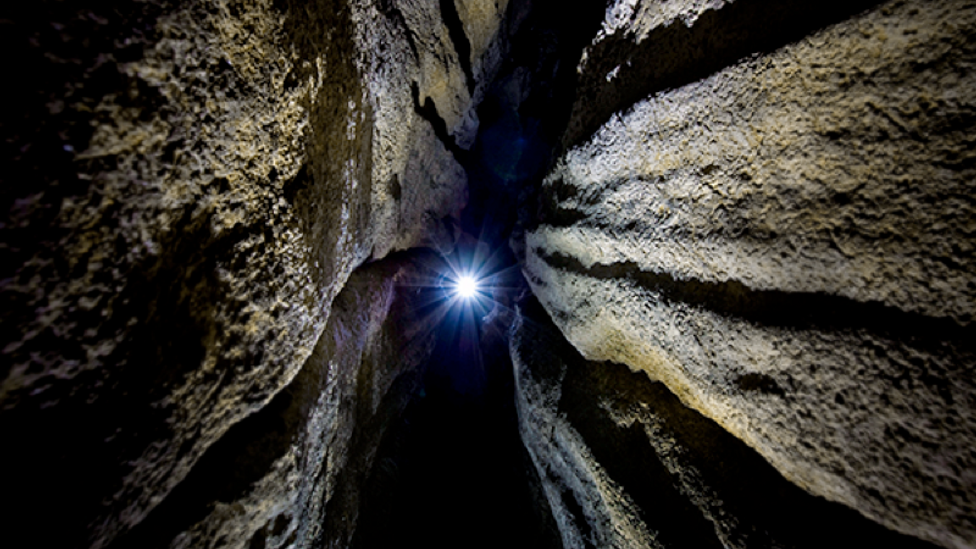 Adding artificial light to the cave will help (Credit: Alamy)

There are clocks in our other tissues too, and these are usually kept synchronised with each other by the SCN. If their timing becomes confused – as it would if you were trapped underground – then these other clocks may also become confused. Such circadian disruption has been linked to depression, insomnia, metabolic and hormonal disturbances, and impaired concentration.

Yet there is an antidote. When 33 miners became trapped in a Chilean copper mine for 69 days in 2010, special ‘circadian lighting’ was sent down to try and replicate the natural light/dark cycle outside. A similar strategy might be used in Thailand: if the artificial light used during the daytime is bright enough, this can trick the SCN into resetting itself, enabling it to synchronise with the outside world and keep the rest of the body on time.

Linda Geddes is the author of Chasing The Sun: the astonishing science of sunlight, and how to survive in a 24/7 world, which will be published by Wellcome Collection in January.