Loading
Medical Myths | Health
Heatwaves: What you should try – and not try – to stay cool
Share using EmailShare on TwitterShare on FacebookShare on Linkedin 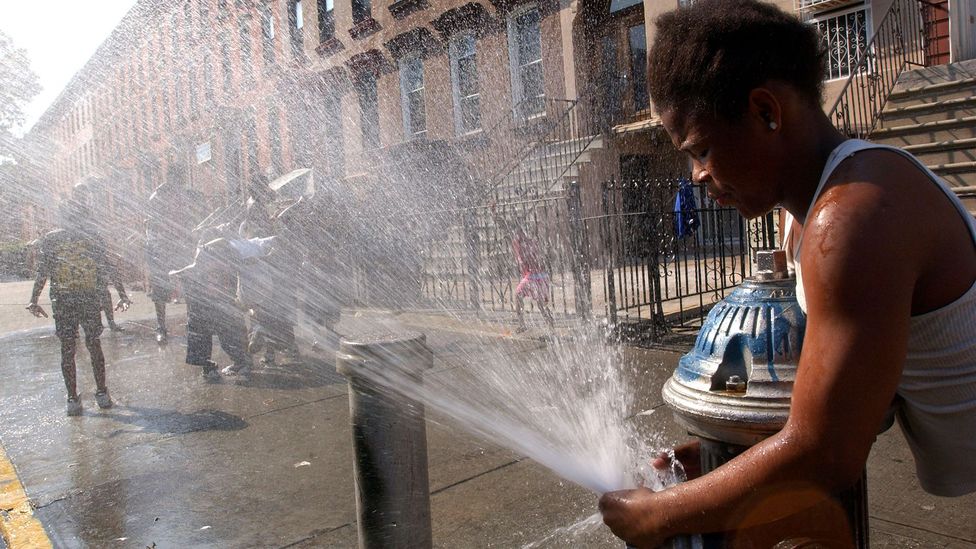 By Claudia Hammond 22nd July 2019
On the hottest days of the year, keeping cool becomes a priority. But what age-old tips are worth sticking to? BBC Future takes a look.
T

This story has been updated. It was originally published on 2 August 2018.

During heatwaves, everyone has plenty of tips on how to keep cool. But which tips and facts stand up to scientific scrutiny on the hottest days of the year? We look at the evidence for whether you should:

Drinking plenty of liquid is the right thing to do during a heatwave: it’s essential to stay hydrated to protect the kidneys. But there is debate over whether that drink should be ice-cold or hot.

The theory behind choosing a hot drink is that it temporarily heats you from within. This causes you to sweat more, which cools you down. The human body can produce up to two litres of sweat per hour, which is an effective way of reducing your core body temperature.

But if that liquid is not replaced you soon become dehydrated – so some recommend avoiding hot drinks altogether. Some also argue that you shouldn’t have too much tea or coffee, as these contain dehydration-causing caffeine. However, there is little evidence that moderate amounts of caffeine act as a diuretic.

• Five myths about first aid
• The biggest myths about bad breath
• Do ice baths have benefits?

It’s true that some research has backed up the idea that cold drinks are better. There have been studies where people undertook vigorous exercise and then had their core body temperature measured while drinking hot or cold drinks:  it was found that cold drinks were the most effective at cooling them down.

But there is one possible problem with these findings and that’s the the method used to measure the temperature. The brave volunteers were given rectal thermometers. As Ollie Jay, associate professor in thermoregulatory physiology at the University of Ottawa, has pointed out, the liquid from a cold drink goes straight to the stomach, not far away from the rectal thermometer. It’s little wonder, therefore, that the temperature appears to go down.

When his team experimented with taking measurements from eight thermometers on different parts of the body instead, they found that hot drinks cooled the body more because they increased the sweat response, as predicted. 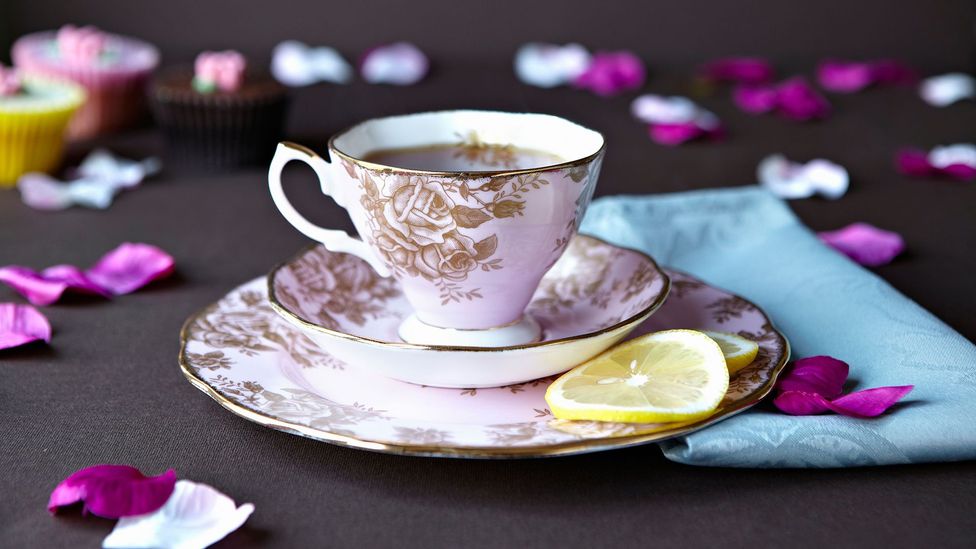 Hot drinks can cool you down in hot weather by causing you to sweat more (Credit: Alamy)

So hot drinks will cool you more – by making you sweat. Still, there is one situation where hot drinks won’t cool you down: if it’s exceptionally humid or you are wearing so many clothes that the sweat doesn’t have a chance to evaporate. In that case, stick to a cold beverage.

The breeze of a fan feels like welcome relief. Fans don’t cool the air. They move it around, with the aim of creating a breeze to increase the efficiency of the body’s normal methods of keeping cool via convection of heat from the skin and evaporation of sweat from the skin.

Fans are used widely. One case report even gives an example of three patients with heatstroke who were cooled down using the downdraft from a light helicopter.

But the evidence that fans work is mixed. The authors of Cochrane Reviews scour the world for the best trials, assess them and try to come to conclusions about the efficacy of different treatments or interventions. Their attempt to do this in 2012 with fans of any kind was hindered by the lack of randomised controlled trials. Instead most studies were observational. Some of these found that fans helped; others found that if the temperature was very high, they could even hinder it. 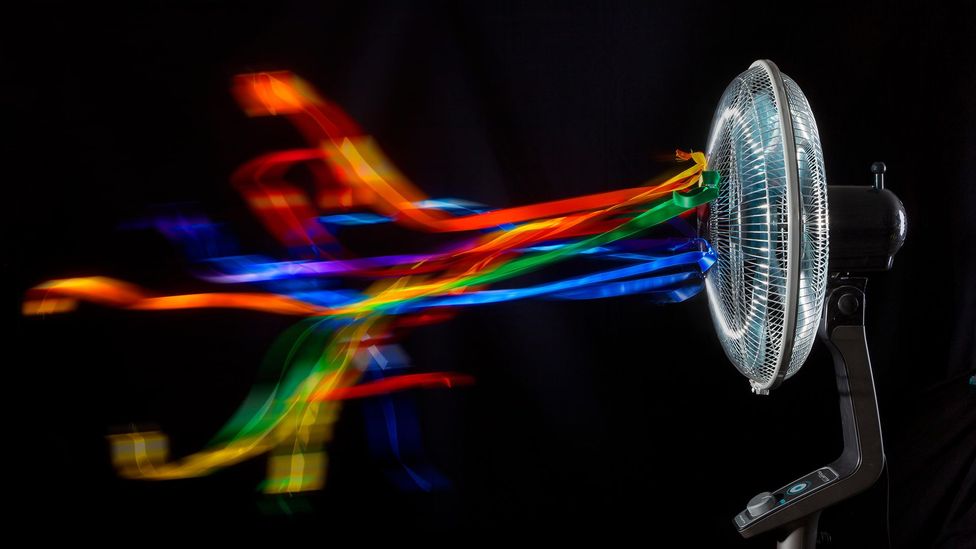 A fan won't cool you down if the air itself is too hot (Credit: Alamy)

In general, it’s thought that fans might work when the temperature is up to 35C (95F). Above that (some studies say at 37C (98.6F) or higher), blowing hot air across the body could increase convective heat gain, worsening the situation and leading to heat exhaustion. So if it’s exceptionally hot, fans might even increase dehydration.

Fans are less effective when it’s humid. Although the air is still moved around, it’s already laden with moisture, making it harder for the sweat to evaporate.

But until randomised controlled trials are conducted, we can’t know for sure what effect a fan might have – and such trials are not easy to plan. Researchers would need to have everything ready to go as soon as a heatwave began. Even then, they might wait several years until the temperatures are just right.

What we do know is that fans aren’t always a foolproof solution. In a 1999 heatwave in Cincinnati, 17 people died – and 10 had fans which were switched on when the people were found dead. Of course, what we don’t know is if they would have died sooner without the fans, or if the reason these people had bought fans was that they lived in the hottest buildings.

Verdict: More data needed… but if it hits 37C, it’s probably best to keep the fan off.

It is true that hospital admissions do rise during heatwaves and that many of these patients will be older.

The temperatures at which the body works best fall within a narrow range – 36 to 37.5C (96.8 to 99.5F). Thermoreceptors throughout the skin, deep tissues and organs can immediately detect an increase of as little as 1C. If the ambient temperature is higher than our body temperature, we start sweating to get cool. We also radiate heat by sending more blood to our hands and feet, which is why they can feel so hot at night. Both of these methods of thermoregulation require the heart to do more work, which is why older people can sometimes experience heart attacks or heart failure. And unlike with the health effects of a cold snap, this can happen fast: most deaths occur during the first 24 hours of a heatwave. 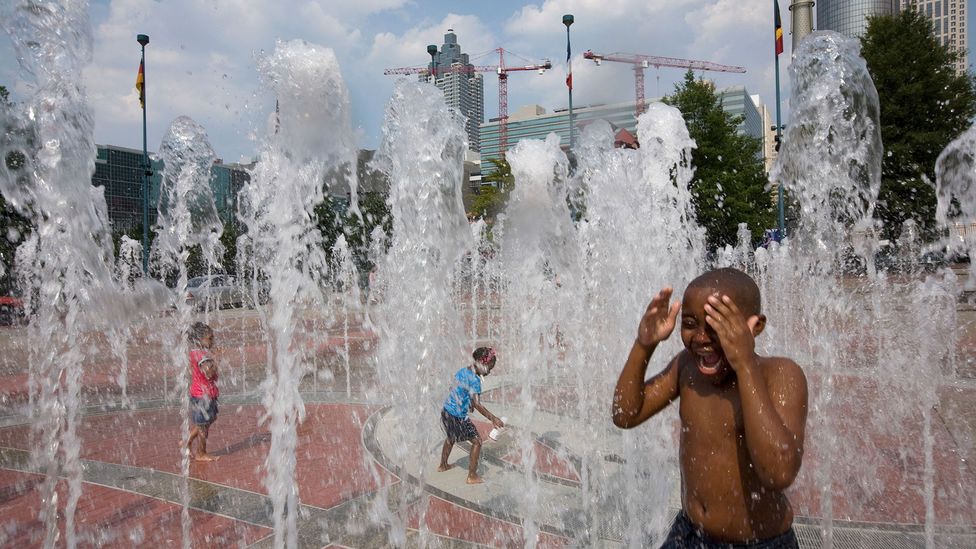 Young people as well as the elderly are more sensitive to the effects of heatwaves (Credit: Alamy)

Another issue is that older people have a harder time maintaining their core body temperature and they might not even notice they are overheating, which means they can become dehydrated more quickly than younger people.

But that doesn’t mean that only the elderly are at risk in a heatwave. Young babies and people with chronic health conditions are more likely to have issues aswell. So is anyone with mobility issues, simply because it’s harder to walk to the window to open it or to fetch drinks to replace the liquids lost through sweating. If it’s hot during the day and the night, it can be hard for the body to cool down at all. The European heatwave of 2003 is estimated to have killed at least 30,000 people; some figures put the total as high as 70,000. Of the 15,000 who died in France, 1,321 were under the age of 64.

Verdict: False. Older people need to be particularly careful, but so do many others.

Opening the windows is the first thing most of us do when it’s hot. But during the day, this can backfire.

You should only open the windows if the air outside is cooler than the air inside, which is most likely to happen at night. In really hot weather, you should close the windows during the day. Because there’s more shade indoors the air might even be cooler. Even if you can get a breeze to flow through your home or office, if it’s a hot breeze it won’t cool you down and when the pollen count is high it could make hayfever worse.

Verdict: False – if the air outside is hotter than indoor. But at night opening the windows may give you some relief.

In the 1958 film Ice Cold in Alex, Sir John Mills’ character looks forward to escaping the desert and drinking an ice-cold beer. When he eventually arrives, he sits at the bar and is served a glass of lager. Downing it, he famously says: “Worth waiting for.”

You don’t have to have battled through the North African desert to yearn for a beer at the end of a hot day. But will it help you cool down? Not exactly. 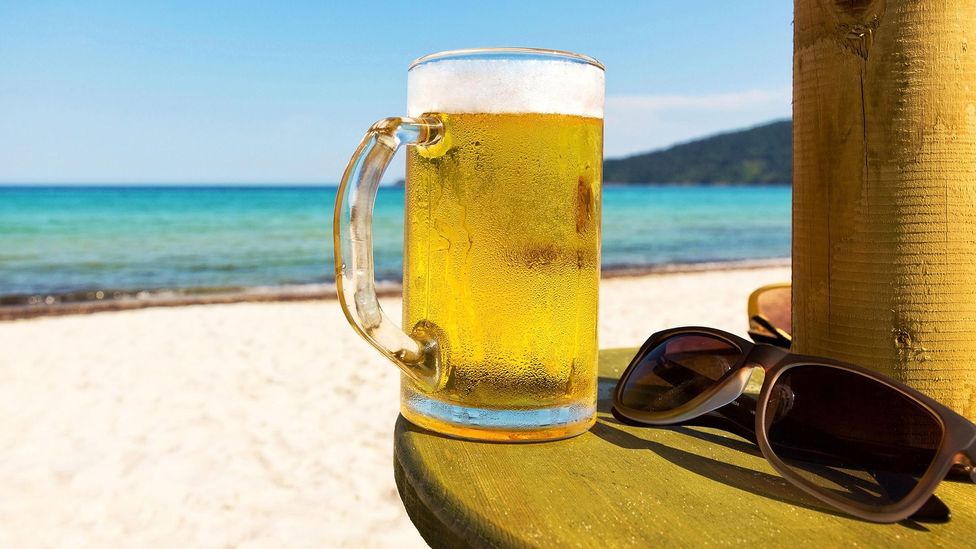 Beer can be just as hydrating as water - in small doses (Credit: Alamy)

If it is just one beer, it might not hurt you. In various studies, researchers have made people exercise until they’re hot and then compared their recovery when they drank beer with or without alcohol.  In one 1985 study of people exercising in a warm, humid environment, as you might expect, the “peak urine output” occurred after the beer which is not good. It shows the body is losing rather than retaining liquid. But compared with alcohol-free or low-alcohol beer the difference was surprising small.

A more recent study had similar findings. Although isotonic sports drinks and plain water were more effective at hydrating, beer was still more hydrating than expected. And a Spanish study involving 40 minutes on a treadmill found that water and beer both rehydrated them to the same extent. No one knows exactly why when we know that drinking beer tends to make people go to the loo. One hypothesis is that because the body is dehydrated and needs the fluid it retains more of the beer than it would other fluids.

These were all small studies, though, and they weren’t looking specifically at body temperature, so we can’t prove that beer cools you down. But they do show that one or maybe two small beers can still hydrate rather than dehydrate you. So perhaps that single beer in Ice Cold in Alex was worth the wait.

Verdict: True – at least when it’s only one or two.