Loading
Will We Ever? | Health
Will we ever be able to freeze time?
Share using EmailShare on TwitterShare on FacebookShare on Linkedin 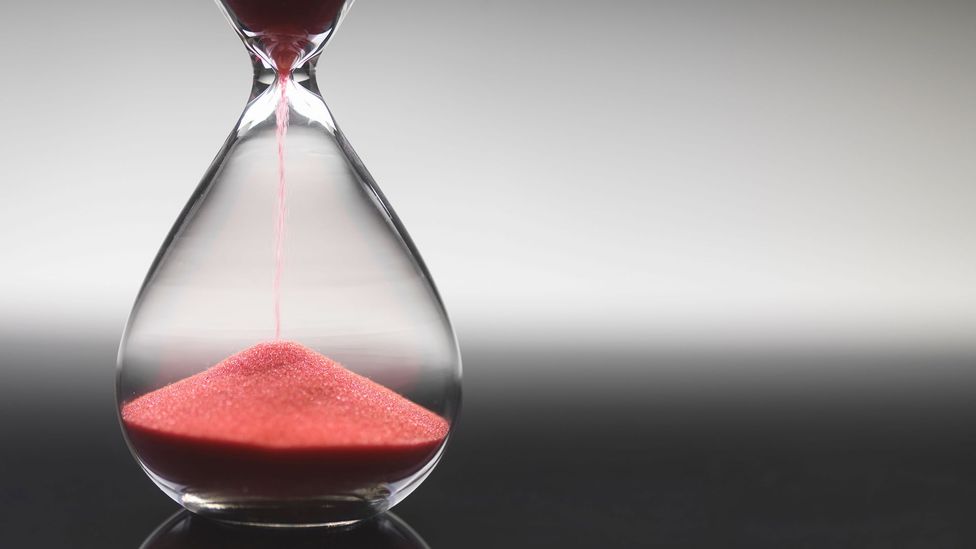 By Peter Ray Allison 10th August 2018
Stasis is a way of pausing physical and chemical processes – including those of life. It could be a way for us to save the critically ill, or allow ultra-long space missions.
T

The American poet Delmore Schwartz once wrote: “Time is the fire in which we burn.”  We are born, we live and we die. Yet throughout history, we have been fascinated with the possibility of sidestepping time, from fairy tales like Sleeping Beauty to stasis fields and suspended animation in science fiction.

In 1971, Joseph Hafele and Richard Keating placed four atomic clocks on aeroplanes, which flew twice around the world, first eastward, then westward. They were then compared with reference atomic clocks, and found to disagree.

As the Hafele–Keating experiment proved, the rate at which time passes is circumstantial and situational. “If you are travelling at super-relativistic speeds, which are close to the speed of light, or near a black hole (and somehow not being destroyed by it) the amount of time you will experience is going to be less than the amount of time of someone else,” says Katie Mack, an assistant professor at North Carolina State University.

Astronauts onboard the International Space Station experience time-dilation, as they age a little bit slower than people on Earth. “They are moving quickly, so they are affected by special relativity, but they are also further from the Earth, so they get less gravitational effects,” explains Mack.

However, this time dilation is only measured in seconds. In order to obtain significant time dilation, immense gravitational fields or near-lightspeed travel would be required. Both are completely untenable at present.

Despite the comedic overtones, the sci-fi series Red Dwarf provided an intriguing theory for stasis fields; “Just as X-rays can't pass through lead, time cannot penetrate a stasis field. So, although you exist, you no longer exist in time, and for you time itself does not exist.”  This, along with some further technobabble, was designed so the character Lister could remark, “As simple as that?” It is nonetheless thought-provoking. 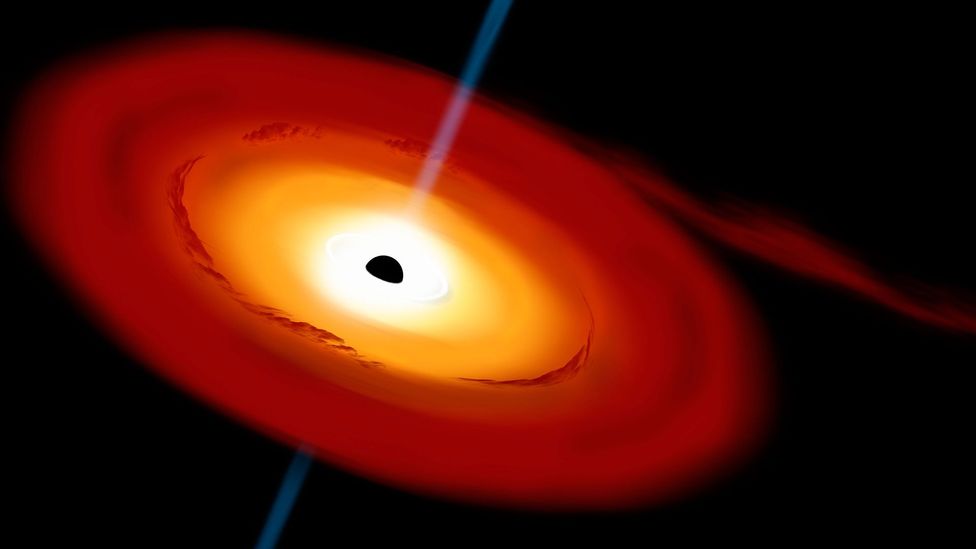 To cause massive time dilation, you would need a very powerful gravitational field, such as a black hole (Credit: Alamy)

Time may be relative, but it remains a fundamental aspect of our reality. “X-rays and lead are one thing, but time and stasis fields are quite a bit trickier. It’s very clever time. It can go around corners, and doesn’t ever stop unless you get stuck at a party with a dentist,” says Doug Naylor, co-creator of Red Dwarf.

Changing the perception of time is much easier than stopping it. “You can have a really big difference in how you experience time, but it does not stop,” says Mack.

The American defence-research agency Darpa is currently developing biostasis to slow down the body at a molecular level. Biostasis would extend the so-called “golden hour” – the time that wounded troops have to reach medical attention.

Biostasis could also potentially extend the shelf life of blood stores and other pharmaceuticals, by slowing down the reaction times of the chemicals

Biostasis could also potentially extend the shelf life of blood stores and other pharmaceuticals by slowing down the reaction times of the chemicals. “One of the most pressing potential applications of biostasis technology is in the preservation and storage of therapeutic biomolecules like vaccines, antibodies, and enzymes,” explains McClure-Begley. “Being able to reliably preserve the functional capacity of those products without a costly and cumbersome cold chain [frozen storage] is a major goal of the programme.”

However, biostasis is only intended for medical emergencies, not long-term use. We need to look to nature for inspiration on longer-term solutions. 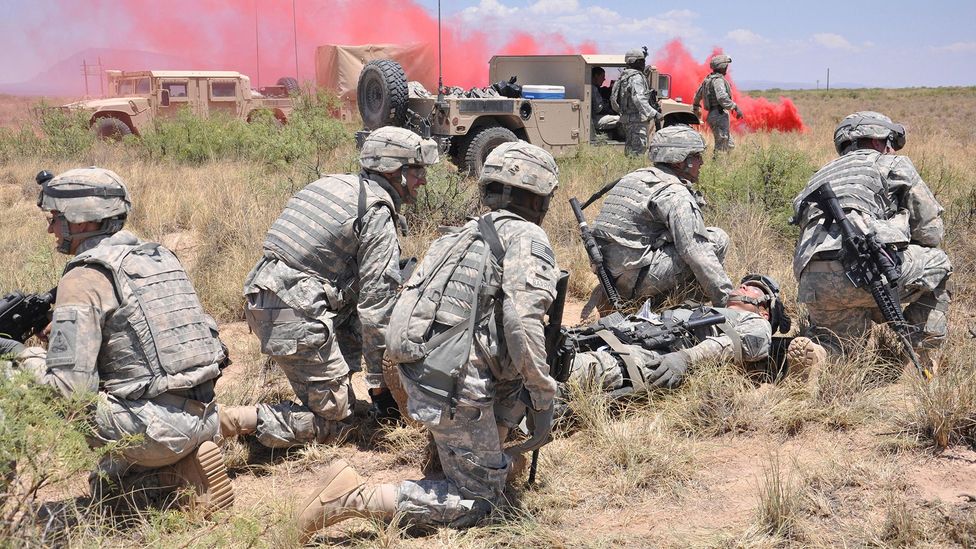 Biostasis could extend the golden hour - the time that soldiers have to reach proper medical attention (Credit: Alamy)

Some creatures, such as wood frogs, exhibit a capability known as cryptobiosis, which is where all metabolic processes have apparently stopped, yet they remain alive, allowing them to survive being frozen solid.  Other animals, such as bears, can enter hibernation – where their metabolism slows down considerably – and reawaken months later.

Humans already do this medically, albeit to a much lesser extent. In cases of cardiac arrests or brain injuries, therapeutic hypothermia can be used to cool down an injured patient and put them in a low-metabolic state for a couple of days, allowing the body time to recover.

Based on this treatment, Torpor is being developed to induce hibernation in astronauts for NASA‘s Mars mission.

The process for Torpor works in two key phases: the initial cooling period during, which involves sedation, and the subsequent warming/waking period. “In a clinical setting you are under pretty heavy sedation and using invasive cooling systems, but we are looking at new pharmaceuticals that can minimise the amount of sedation required to enter this state and simplify the cooling process,” explains John Bradford, President and Chief Operating Officer of SpaceWorks.

It has been shown that dropping our body temperature by as little as 5°C allows us to reduce our metabolism – the chemical processes within our body in order to maintain life – by over 50%.  “Animals that hibernate do live longer, so there is a recovery factor. If you are in this state for six months, there will be some recovery, possibly three months, given the metabolic rate drops by 50%,” says Bradford. “However, this aspect is not our primary motivation and a lot more research will be required to quantify this effect, if any.”

The aforementioned technologies slow the metabolic rate, but how plausible is the suspended animation of science fiction? The most well-known of these is cryonics, which involves freezing a body to approximately -190°C (-310°F) with the aim of reviving the patient later. 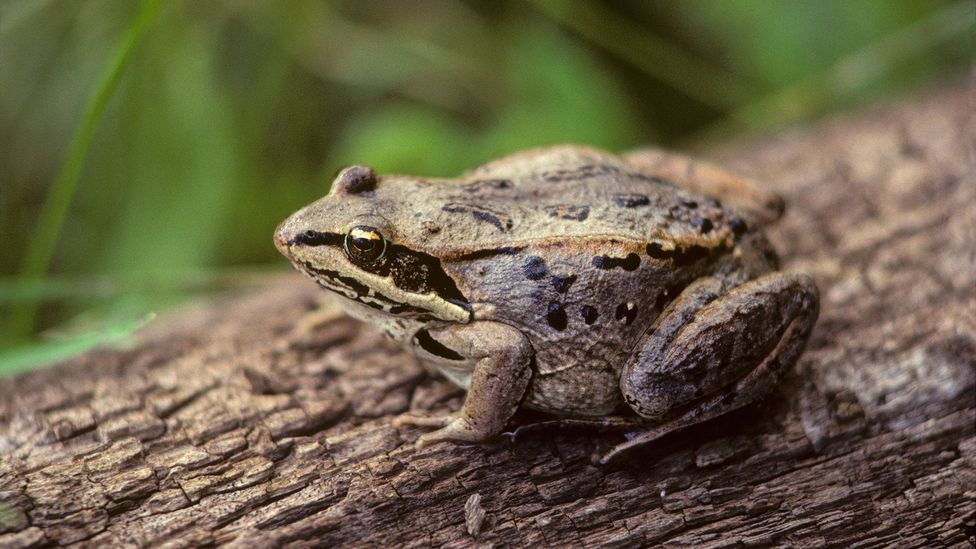 Some animals like the wood frog can stop their metabolic processes, yet remain alive (Credit: Alamy)

However, placing someone in a cryogenic state is a lot more complicated than simply freezing them.  “We wash out the blood and then infuse the patient with a cryo-protective solution,” explains Victoria Stevens of Cryonics UK.

“Rather than turning them into a solid state, it turns them into a glass state, thereby reducing ice crystal damage.”

Cryonics is only used after the heart has stopped. The idea is that medical science will advance sufficiently in the future to allow revival and treatment. “Nobody has been revived yet, as we currently do not have the technology to be able to do that,” says Stevens. “If we did, then we probably would not need to cryo-preserve in the first place.”

Although hundreds have already been cryo-preserved, cryonics is an extreme process. “This is a completely experimental development that has not reached its conclusion,” admits Stevens.

In 2001, 13-month-old Erika Nordby was trapped in snow and entered a hibernation-like state for approximately two hours, before being successfully revived. During that time, Erika had no heartbeat and was clinically dead. Whilst this may offer some hope that we could one day develop suspended animation, it was an isolated incident that has not yet been replicated.

As time is a fundamental aspect of our reality, we cannot stop it any more than we could stop depth or width. Furthermore, practical time dilation would necessitate such complex engineering and energy requirements that it remains unfeasible.

Could bio-engineering projects be the solution to this seeming impossibility, finally allowing us to sidestep time?

“Maybe,” says McClure-Begley. “But don’t stay up at night waiting for it.”