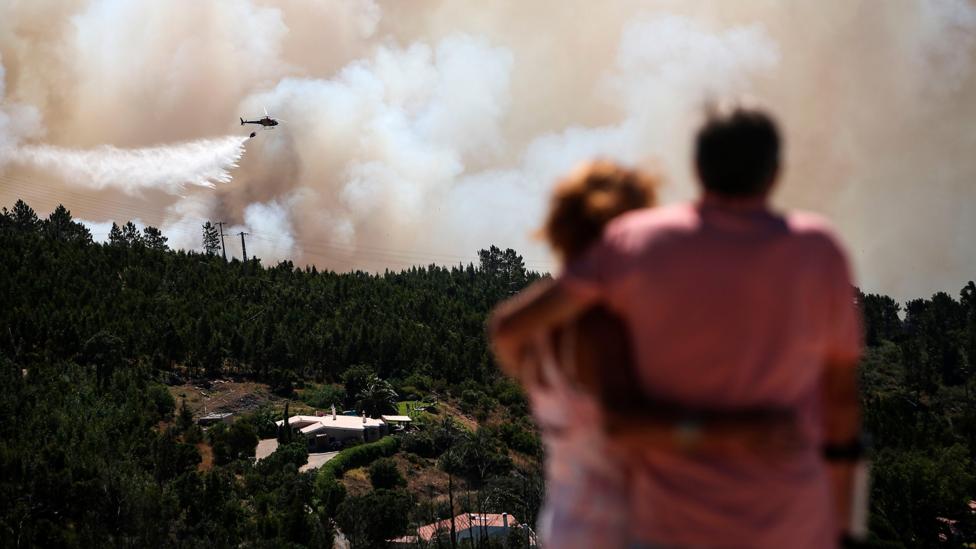 By Diego Arguedas Ortiz 13th November 2018
Are wildfires a natural, if tragic, event – or are they getting worse with climate change? Would logging help decrease them? And can they be kept under control with forward planning? BBC Future debunks five common myths.
W

Wildfires are currently raging through California, with thousands of people forced to flee their homes and dozens of residents killed. Earlier this year, a series of wildfires in the Greek coast killed 99 people in the deadliest wildfire worldwide since 2009. In July 2018, smoke from fires in Russia reached as far as North America. This is a new normal.

But as fires multiply around the world, so do questions about them – and misconceptions. Here are five common myths about wildfires – some of which can undermine our success in fighting them. 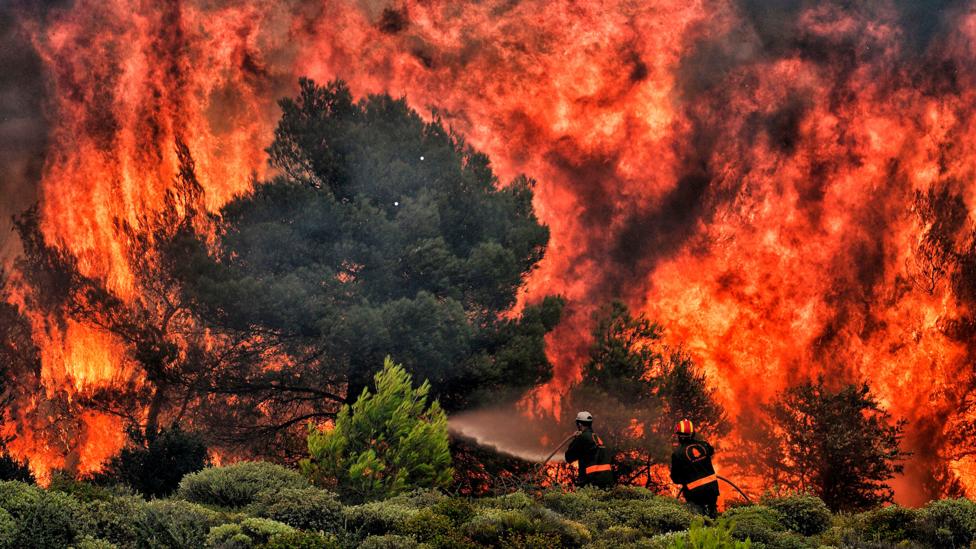 Firefighters battle flames near Athens in July 2018, where at least 74 people were killed (Credit: Getty)

You might also like:
• The quest to predict – and stop – the spread of wildfires
• Ten simple ways to act on climate change
• The jaw-dropping missions of fire-fighting pilots

A common assumption is that logging, or removing some trees, would prevent fires. In fact, many forest experts say that logging is ineffective. This is because the tree remnants left over after logging, such as stumps and branches, provide a super-fuel for fire – one that is even drier (and more flammable) in the absence of a forest canopy.

There is plenty of science backing these claims. For instance, a recent study showed that burn severity tended to be higher in areas with higher levels of management. Scholars working on wildfire conservation have also rebuked arguments that logging protects endangered species from forest fires, a common argument in favour of tree removal; in fact, it seems that animals like the iconic spotted owl still benefit from a burned-out forest and that removing the trees could hurt them. Even post-fire logging is counterproductive and can lead to more fires. 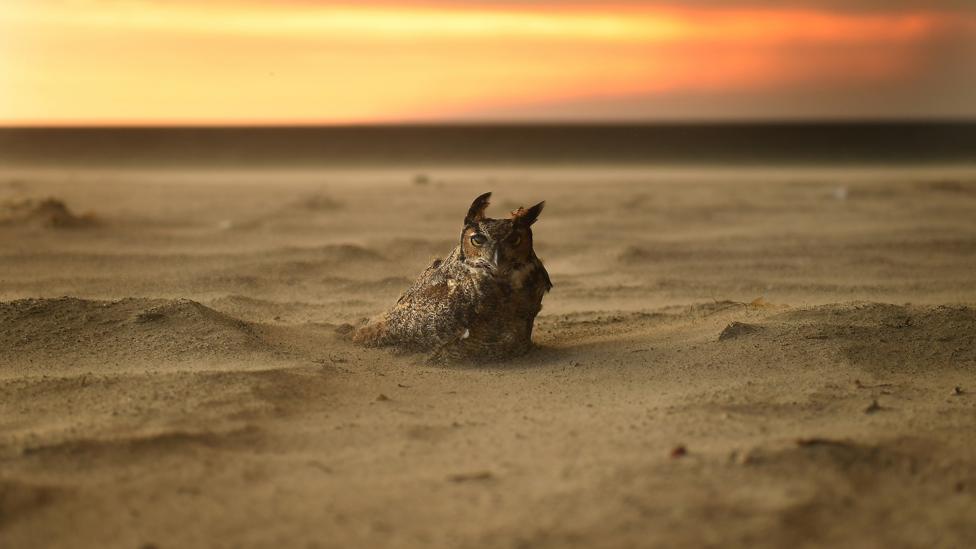 A different practice is clearing entire areas of a forest, a common approach used by firefighters to prevent the fire from spreading.

Myth #2: There is nothing you can do to protect your property

Wildfires are powerful and threatening, but households can reduce their risk by taking action at home. The building itself should be the first concern. Houses with fire-resistant roofs stand a better chance of surviving a blaze. Owners also should remove combustible materials from around the structure, including leaves in gutters and rooflines. 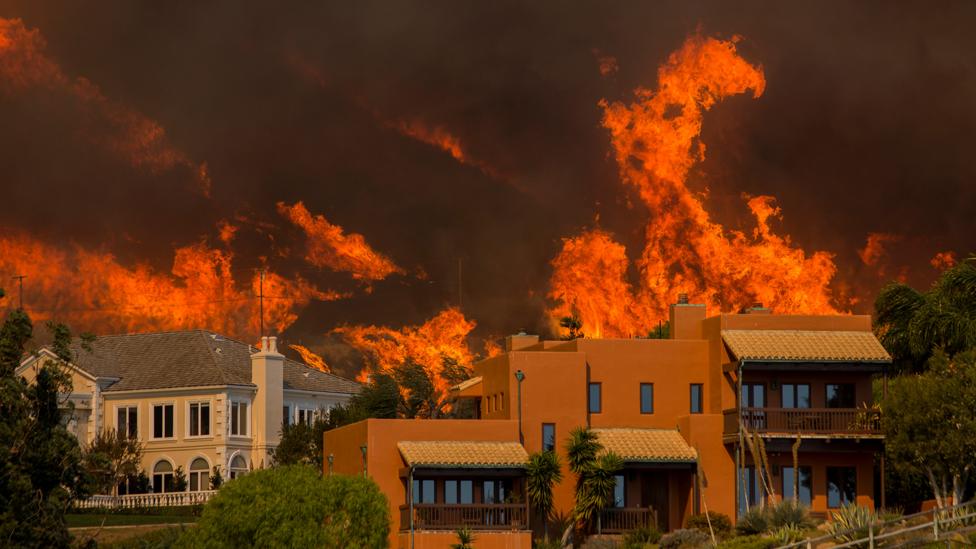 The Woolsey Fire approaches houses in Malibu. Experts say that creating a ‘defensible’ zone around a home can help protect it (Credit: Getty)

Families can create a ‘defensible zone’ between their homes and their surrounding wilderness. This means clearing anything that could catch fire, like brush, dried leaves and wood piles within 30 feet (9m) of structures. When they are 30-100 feet (9-30m) away from homes, trees should have large distances between canopies – 12 feet (3.6m) of space between tops that are between 30-60ft (9-18m) from a home, and 6 feet (1.8m) of space for tops that are 60 feet (18m) away. This interrupts the fire’s path and slows its pace.

Myth #3: Wildfires are an inevitable fact of nature

While wildfires are a natural phenomenon, the extent and intensity to which they’re happening now are not – and one of the effects of climate change. 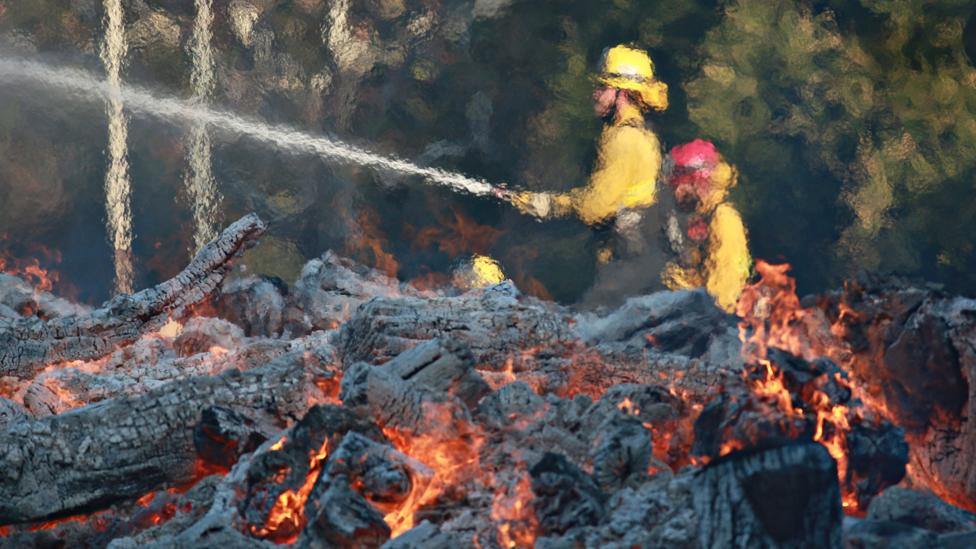 We saw fewer fires between 1930 and 1980, a period that coincided with cooler and moister conditions. But as the climate has become hotter and drier in the last four decades, the number of fires have increased. In only two years between 1980 and 1999 did wildfires burn more than 6 million acres (2.4m hectares) of US wilderness. But between 2000 and 2017, there were 10 years with burnt acreage above that threshold.

Globally, the length of the wildfire season increased by nearly 19% between 1978 and 2013. 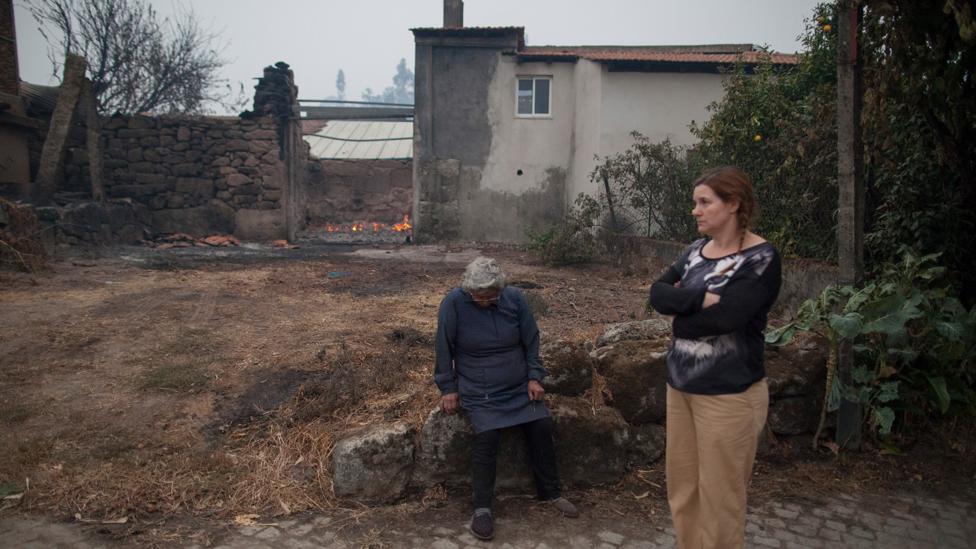 While you can’t point to climate change as causing any particular fire on its own, it does influence factors that help spark and spread fires, like major drought, high temperatures, low humidity and high winds. As a result, scientists say that the increase of wildfires around the world, from Siberia to Portugal, is linked to climate change.

Myth #4: All wildfires are bad and must be quenched immediately

Fires have played a crucial role in ecosystems for millennia and life has evolved beside them: some beetles breed only in the heat of fires, pine cones germinate with periodical fires and cleared space from burnt trees allows for new plants to spring.

A helicopter drops water on a wildfire in Portugal's Algarve in August 2018. Experts say that pumping money into fire fighting might have diminishing returns (Credit: Getty)

In fact, the benefits that many people now hope to achieve with logging or forest management – the clearing of dense woods – is naturally done by forest fires. The flames periodically consume smaller branches and trees, culling the forest which otherwise would otherwise serve as fuel.

By fighting wildfires relentlessly during the past century, we have prevented this ‘cleansing’: less than 1% of US fires are allowed to burn. This strategy works better when there are fewer wildfires – but in our current extreme conditions, pumping more money to fighting fires might have a diminishing rate of returns.

Myth #5: It is possible to eradicate (or control) all wildfires

As we have already seen, climate change, alongside other factors such as the spread of human settlements, is expected to increase wildfires, particularly in mid-to-high latitudes, in the coming decades. The tropics might see a decrease in fires, which might come as a relief for countries nearer the equator. But the rest of the globe would have to deal with an increasing number of them.

Some fires, like California’s Camp Fire, are too fast to be managed. Evacuation and relocation are the only reasonable responses. This leads to the question of whether communities like Paradise, which was destroyed almost entirely by the fire, should stay where they are – or move elsewhere.

County sheriff officers inspect a vehicle for remains; fires like this one, the Camp Fire, are too fast to be managed (Credit: Getty)

Some experts are calling for a return to traditional indigenous fire knowledge to deal with the flames. As efforts to cull fires seem insufficient – and as fires are likely to only get worse – those are questions policymakers must face.

Diego Arguedas Ortiz is a science and climate change reporter for BBC Future. He is @arguedasortiz on Twitter.