Loading
Spanish flu: 100 years on | Disease
What if a deadly influenza pandemic broke out today?
Share using EmailShare on TwitterShare on FacebookShare on Linkedin 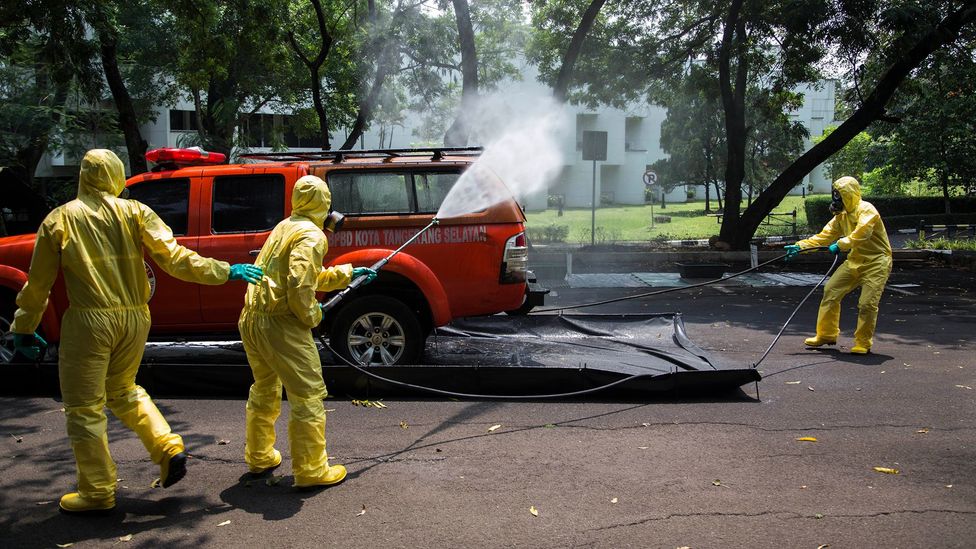 By Rachel Nuwer 22nd November 2018
It’s been a century since the Spanish flu claimed up to 100 million lives. It’s only a matter of time until a similar strain re-emerges.

One hundred years ago nearly to the day, flu season seemed to be wrapping up without further incident. Most of those who had fallen ill in the spring had made a speedy recovery, and death rates were no higher than usual. Global headlines were dominated by news about the Great War, not the flu.

Come autumn, however, everything changed. The formerly unexceptional virus reappeared as an exceedingly virulent strain, tearing through populations in North America and Europe and often killing its victims in a matter of hours or days. Within four months, the Spanish Flu, as it came to be known, had spread around the world, making its way to even the most isolated communities. By the time the pandemic flamed out the following spring, an estimated 50 to 100 million people – as much as 5% of the world’s population – were dead.

A century later, the 1918 pandemic seems as remote a horror story as that of smallpox, the bubonic plague and other deadly diseases that we have wholly or largely eradicated. Yet influenza never left – it continues to claim some 250,000 to 500,000 lives annually. Each year delivers a slightly different strain of the seasonal flu, while pandemics may arise by an assortment of influenza viruses in animal hosts. In addition to 1918, the last century has seen pandemics in 1957, 1968, 1977 and 2009.

Given the virus’ propensity for mutation and its constant presence in nature (it occurs naturally in wild water birds), experts agree that it is only a matter of time until a strain emerges that is just as contagious and deadly as the Spanish flu – and possibly even worse.

“Influenza pandemics are like earthquakes, hurricanes and tsunamis: they occur, and some are much worse than others,” says Michael Osterholm, director of the Center for Infectious Disease Research and Policy at the University of Minnesota. “The idea that we would not have another 1918-like event is foolish.”

But when that will happen, he continues, is impossible to predict: “For all we know, it could be starting as we speak.” It’s also impossible to predict exactly how things will play out when a Spanish flu-like strain does reemerge – but we can make some educated guesses. 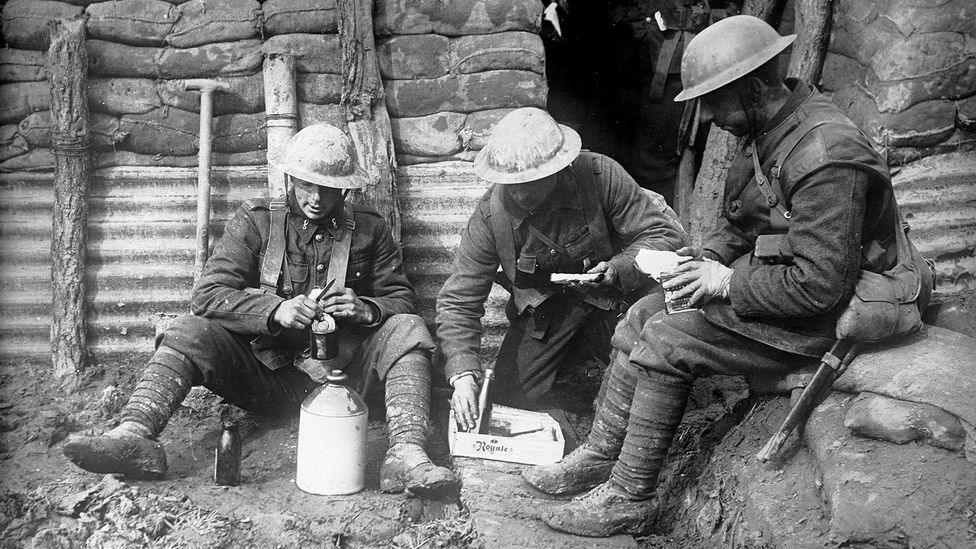 The World War One trenches proved to be a perfect breeding ground for Spanish flu (Credit: Getty Images)

For starters, the virus’ impact would depend on whether we caught it early enough to contain it, says Robert Webster, from the Department of Infectious Diseases at St Jude Children’s Research Hospital. There are systems in place to do just that: the World Health Organization’s influenza surveillance team constantly monitors the virus’ development at six key labs around the world, and a complimentary set of agriculture-oriented labs do the same for poultry and pig samples.

“Our surveillance is probably as good as we can make it, but we can’t survey every bird and pig in the world – it’s just impossible,” Webster says. “We would have to get damned lucky to contain it.”

As history attests, deaths probably would not be evenly distributed across populations

The reality, he continues, is that the virus would almost certainly get out. Once that happened, it would make its way around the globe, likely in a matter of weeks, given the level of mobility today. “The flu is one of those viruses that, once it gets into a susceptible population, it really takes off,” says Gerardo Chowell, a professor of epidemiology and biostatistics at Georgia State University. “Individuals are already spreading it about one day before they have any symptoms.”

Because the number of humans on the planet has jumped more than fourfold over the last century, there would likely be correspondingly higher numbers of infections and deaths compared to 1918. If the flu killed 50 million in 1918, we could expect to see more than 250 million casualties today, says Osterholm. “That’s a lot of body bags – which we’d run out of very quickly.” 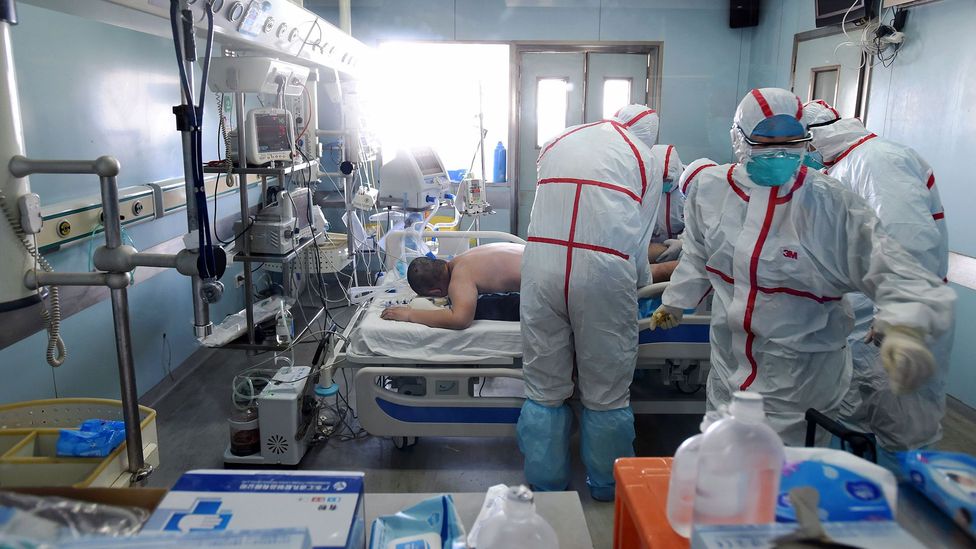 Keeping infected patients isolated is vital – but how likely is that in the modern, densely populated world? (Credit: Getty Images)

As history attests, deaths probably would not be evenly distributed across populations. The Spanish flu saw a 30-fold mortality difference in various countries. In India, for example, the virus took out 8% of the population, while less than 1% died in Denmark. Similarly, during the 2009 H1N1 pandemic, deaths in Mexico exceeded those in France by a factor of 10.

Experts believe the disparities were influenced by a number of factors, including a population’s prior exposure to similar influenza strains and genetic vulnerabilities of certain ethnic groups (New Zealand’s native Maori, for example, were seven times more likely to die after contracting the 1918 flu than the global average).

Poverty-related factors such as sanitation, baseline health and access to care, Chowell says, also play an important role in influencing an influenza virus’ outcome. “In 2009 in Mexico, a lot of people came to the hospital only after they became very, very sick, and it was just too late,” he says. For many of those victims this was an economic decision: going to the doctor meant taking a day off work, and thus a day off earning a salary. “I’m not saying that applied to every single Mexican, but it did apply exactly to the most vulnerable populations,” Chowell says.

Influenza vaccines – which didn’t even become available until the 1940s – are faster than ever to make, but that process still takes months

Should a pandemic hit the US or other places without socialised healthcare, the same socioeconomic patterns would almost certainly play out in relation to the uninsured. To try to avoid steep medical bills, those without health insurance would likely wait as late as possible to visit the hospital – at which point it may be too late. “We already see that in terms of other infectious diseases and access to care,” Chowell says.

Vaccines are the best means for stopping a pandemic, says Lone Simonsen, an infectious disease epidemiologist at Roskilde University in Denmark and George Washington University. But this requires first identifying the virus, creating a vaccine and then distributing it around the world – a task that’s easier said than done. Influenza vaccines – which didn’t even become available until the 1940s – are faster than ever to make, but that process still takes months. And even if we were successful at developing such a vaccine, it would simply be impossible to create enough doses for everyone, Osterholm says. “Worldwide, in the first six to nine months, only 1-2% of the population would have access to a vaccine,” he says. Another limitation, he adds, is that current seasonal flu vaccines are, at very best, just 60% effective. 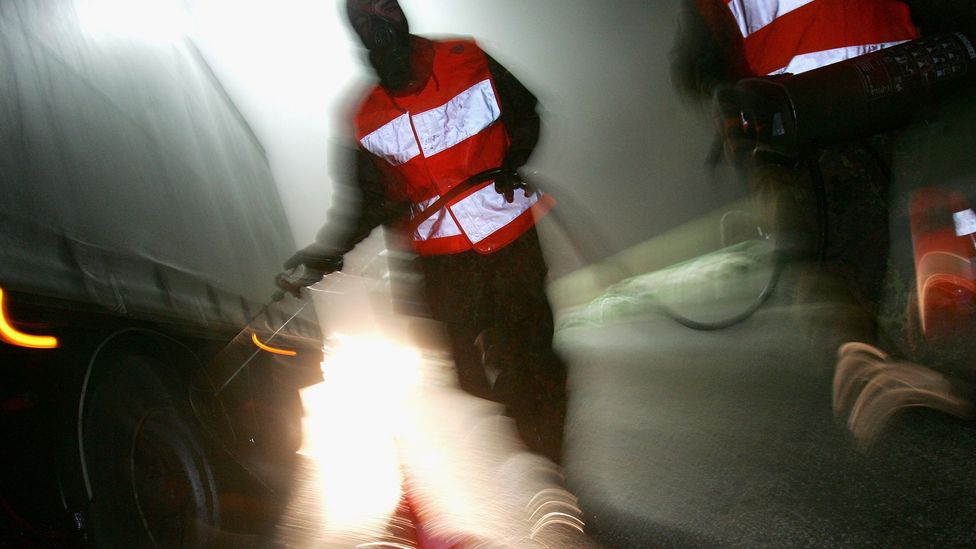 Likewise, while we have drugs like Tamiflu to combat influenza, we do not stockpile supplies for tackling a pandemic. “We don’t have today enough antivirals even for the richest country in the world, the US,” Chowell points out. “So what can we expect for India, China or Mexico?”

On top of that, the drugs we do have are also less effective than comparative treatments for other diseases, primarily because “the world treats seasonal influenza as a rather trivial disease”, Webster says. “It’s not until you have serious outbreaks, like with HIV, that the scientific community gives a disease greater attention.”

Given these realities, hospitals would quickly be overrun, Osterholm says, and drugs and vaccines would almost immediately run out. “We already overwhelmed the healthcare system here in the US with just the seasonal flu this year, and this wasn’t even a particularly severe year,” he says. “But it shows you just how limited our capacity is to respond to a major increase in cases.”

If a pandemic causes disruption in the production and transportation of these drugs, we’ll see people dying in short order - Michael Osterholm

Just as happened in 1918, as infections and mortalities increased, cities around the world would most likely collapse. Businesses and schools would shutter; public transportation would not run; electricity may switch off; and bodies would begin to pile up in the streets. Food would soon be in short supply, as would life-saving drugs that currently keep millions with diabetes, cardiac disease, immunosuppressive conditions and other life-threatening issues alive.

“If a pandemic causes disruption in the production and transportation of these drugs, we’ll see people dying in short order,” Osterholm says. “Collateral damage from a 1918-like pandemic could be dramatic.”

Even after the virus fizzled out on its own, the impacts would be long-lasting. The 1918 virus was “extra horrible”, Simonsen says, in that 95% of those it killed were not the very young and very old, as per usual for influenza, but otherwise healthy adults at the peak of their working lives. This effectively removed a significant portion of the workforce and had profound effects on families, leaving countless children orphaned. 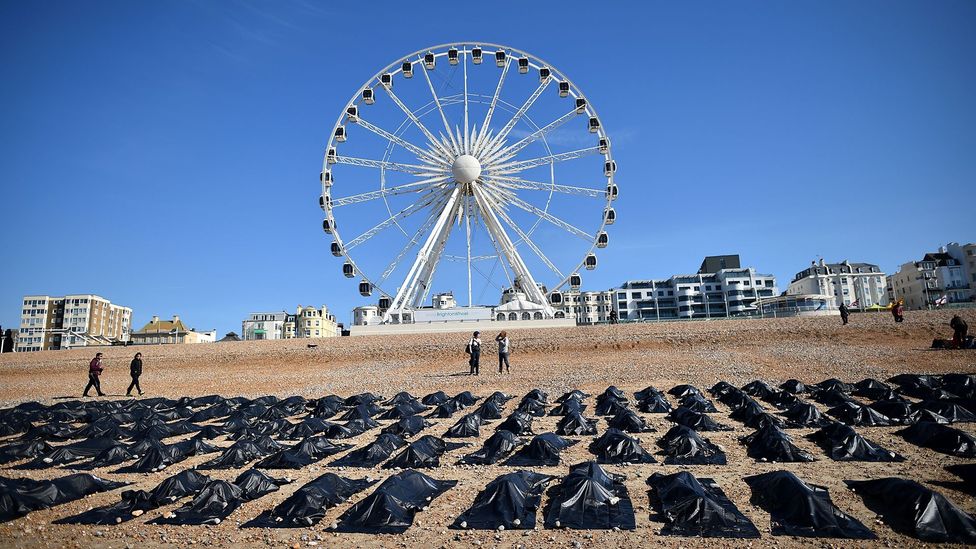 If a lethal pandemic hit, disposing of tens of millions of bodies would become a huge challenge (Credit: Getty Images)

Scientists only learned why this likely was in 2005, when researchers reconstructed the Spanish flu virus using samples recovered from Brevig Mission, an Alaskan village in which 72 of 80 total residents were killed by the disease in less than a week. One victim’s body had been preserved in permafrost well enough to allow a determined microbiologist to recover her lungs, which still contained the virus’ genes.

In animal tests using the reconstructed viruses, scientists discovered that the 1918 strain multiplied exceptionally well. This triggered a natural immune response called a cytokine storm, in which the body goes into overdrive chugging out chemicals meant to stem the invasion. Cytokines are somewhat toxic themselves – they are responsible for the aches and pains experienced during a bout of the flu – and too many of them can overwhelm the organs and cause overall system failure.

Because adults have stronger immune systems than children and the elderly, researchers believe that their stronger responses to the flu may have proved deadly. “We finally understood why the virus was so enormously pathogenic,” Webster says. “The body essentially killed itself.”

In the decades since the Spanish flu, researchers have developed various immunomodulatory therapies that can help mitigate cytokine storms. But those treatments are hardly perfect, and nor are they widely available. “We don’t do much better with cytokine storms today than we did back in 1918,” Osterholm says. “There are some machines that can breathe and circulate blood for you, but overall the outcome is still very, very bleak.” 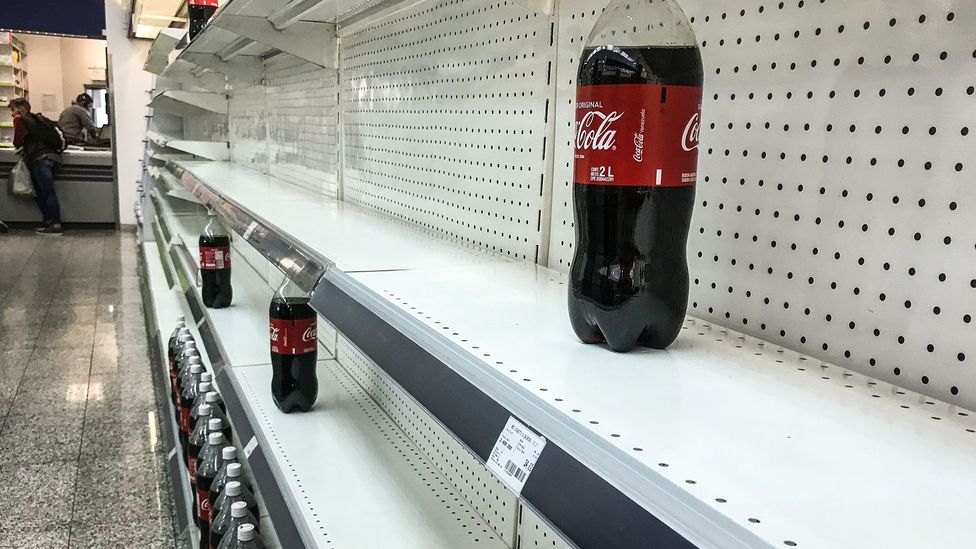 As a pandemic took its toll, aspects of everyday civilisation - like food deliveries - would start to break down (Credit: Getty Images)

This means that, as in 1918, we would likely see a huge loss of life among young adults and the middle-aged. And because life expectancy today is decades higher than it was a century ago, their deaths would be even more detrimental to the economy and to society, Chowell says.

Amidst all the bad news, though, there is one chance for salvation: a universal influenza vaccine. Significant resources are finally being allocated to this longtime pipe dream, and efforts to develop such a breakthrough vaccine are gaining momentum. But we can only wait and see whether it will arrive in time to prevent the next pandemic.

“Studies are in the pipeline, so hopefully before this hypothetical hot virus appears, we will have a universal vaccine and will be well prepared,” Webster says. “But at the moment, we’re not there.”