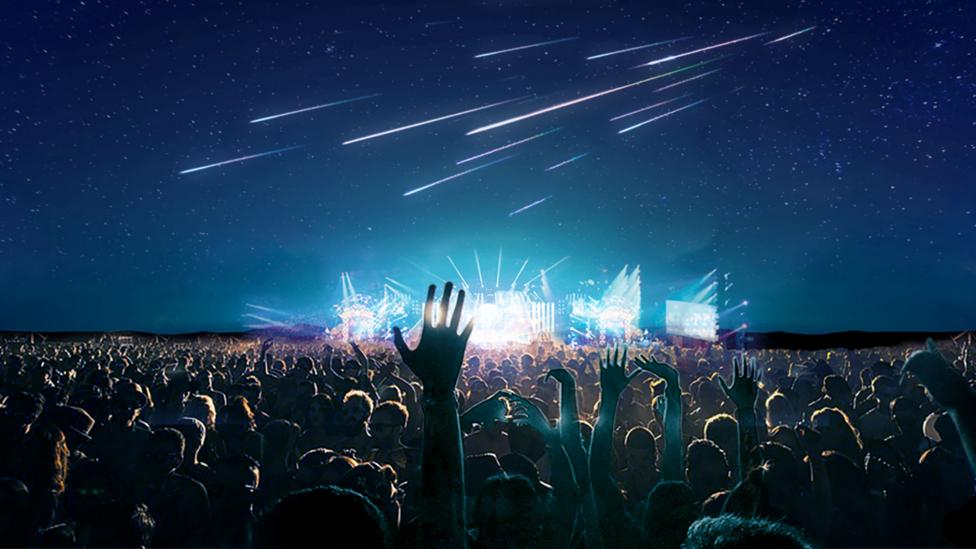 By Chris Baraniuk 11th January 2019
Is this the start of ‘orbital entertainment’?

If you ever find yourself sitting back in wonder as super-bright artificial meteors flash across the sky, you will be able to thank the credit crunch – at least in part. After the crisis of 2008 that Lena Okajima decided to leave her job at a financial company for a radical new venture: a firm that aimed to put satellites in orbit capable of launching artificial meteor showers.

“I had to change my job because the financial situation was very bad at the time,” she explains now, nearly 10 years later.

It was even earlier, way back in 2001, while watching the natural Leonid meteor shower that she first had the idea of trying to recreate such a display artificially.

“These meteor showers occurred from very small particles from outer space so we thought we could recreate the same situation using little satellites,” Okajima says.

Now her company, Astro Live Experiences (ALE), is on track to launch its first satellite and begin experiments in space for the first time. If successful, ALE could be on its way to creating meteor shows at special events for crowds of thousands. And other forms of artificial celestial entertainment may follow. But will Okajima’s plan really work?

Her ambition is certainly great. The idea is to load each satellite with 400 pellets, each one 2cm (less than an inch) in diameter. A few of them would be released at a time to allow for a meteor shower three to 10 seconds long. A full show could last several minutes, says Okajima.

One of ALE’s promotional videos shows spherical pellets fired from the back of an orbiting satellite. They whizz down through Earth’s atmosphere and as they are heated they begin to glow, creating fabulous meteor effects over cities and – why not – Mount Fuji.

It’s the same thing that happens to natural meteors, tiny grains of space dust or small rocks that meet the Earth’s path as our planet orbits the Sun. Some of the dust burns up in the atmosphere, causing meteor showers. 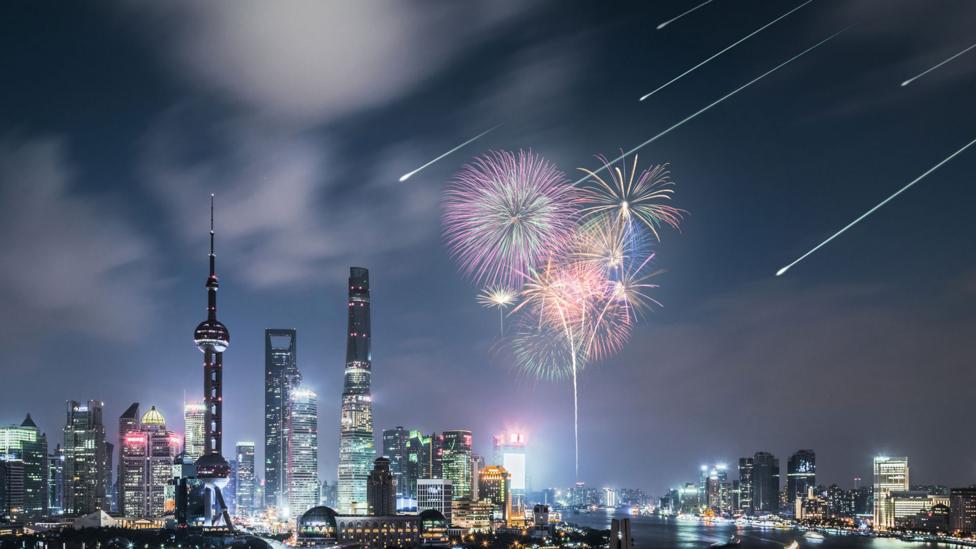 A simulation of an artificial meteor shower above the Shanghai skyline (Credit: Astro Live Experiences)

ALE’s promotional video makes the process of doing this artificially seem effortless. In reality, it will be anything but easy. Okajima’s colleague Adrien Lemal, an aerothermodynamics engineer, explains that the pellets need to be fired out of the satellite with great accuracy and at a high speed. Otherwise they might not re-enter the Earth’s atmosphere as planned.

To do it, Lemal and his team have come up with a pressure-driven system of gas tanks that shoot the pellets out at 8 km/s.

“It’s something that has never been developed here on Earth and we need to make sure it works in space,” says Lemal.

But the really crucial part, perhaps, is what those pellets – the artificial meteors themselves – are actually made of. On that point, both Lemal and Okajima are more reserved.

“We cannot disclose anything about the composition of the metal ore,” says Lemal, stiffly.

He is, however, happy to explain that the special materials the team has chosen mean the artificial meteors could be brighter than natural ones. Plus, they can be designed to burn up in different colours. 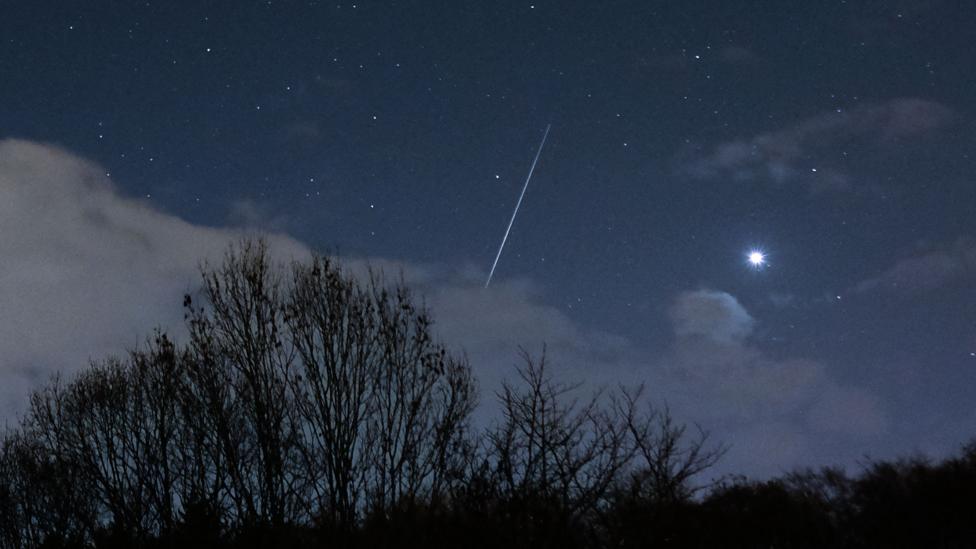 Natural meteors are the result of tiny grains of space dust or small rocks burning in the Earth's atmosphere (Credit: Getty Images)

In the lab, it’s possible to heat the material, causing it to emit plasma – hot ionised gas – and produce light at specific wavelengths. ALE has successfully tested a number of colours including blue, green and orange. Red has been trickier to obtain as it is at the less vibrant end of the spectrum, explains Okajima, but the material has since been “optimised” for this hue. Again, the pair won’t say how.

This research has been going on for years. But within the next few months, ALE hopes to launch its very first satellite on a low-cost rocket supplied by Jaxa, the Japanese Space Agency.

The plan to use pellets made from special materials is in principle a good one, says Robert Massey at the Royal Astronomical Society. “With meteors they’re not much bigger than a grain of sand,” he explains. “If you had something the size of a bullet, that would be a lot brighter – those would be very visible.”

Humans have intentionally brought defunct spacecraft back down to Earth before, creating spectacular displays as the satellites or vehicles blaze up in the atmosphere. While it’s less commonly known, we also have recreated natural celestial phenomena before, if not meteors. In the 1980s, the Active Magnetospheric Particle Tracer Explorer (AMPTE) mission sought to recreate comets by releasing vapours into the magnetosphere.

Although the effects could just about be seen from the ground with a small telescope for example, the objective wasn’t principally entertainment. The scientists behind the mission wanted to find out more about how charged particles flung across space by the Sun, known as solar wind, interact with Earth’s atmosphere.

A satellite was loaded with canisters of lithium or barium vapour. When the contents of these canisters were exploded, the vapour would fly into the solar wind and become ionised (charged) by it. As a result, a visible effect – having the appearance of a comet with head and tail – was generated. Instruments were able to measure the energy signature of the ions as they passed through Earth’s atmosphere. 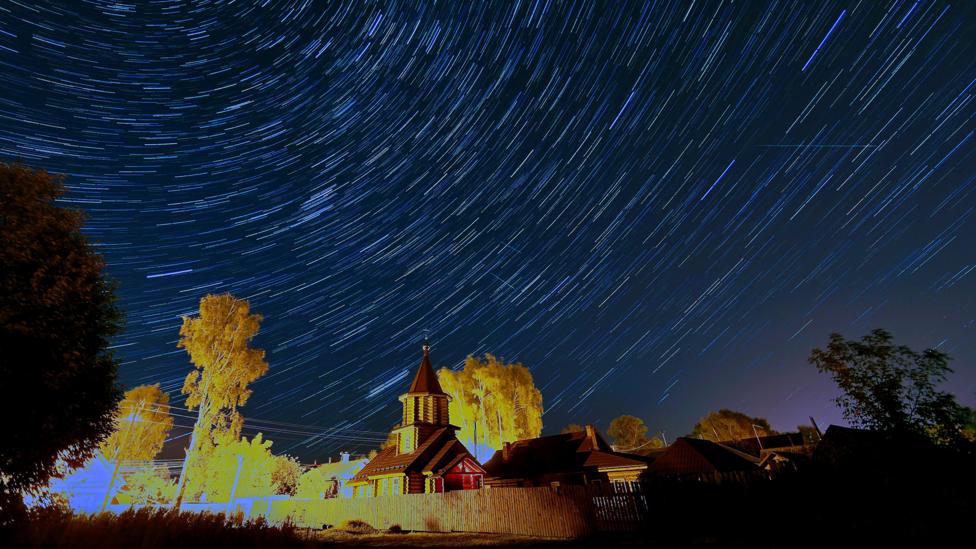 But the excitement of scientists involved in AMPTE was not just limited to the gathering of new data on Earth’s magnetosphere. It was just a pretty cool thing to do, too. Andrew Coates at UCL’s Mullard Space Science Laboratory was project manager for the ion experiment on AMPTE. “Scientifically it was useful, but also it did engage people [who tried to] see these things. Comets have that type of attraction for people,” he says. He remembers peering through his own set of binoculars and feeling “almost sure” he could see the artificial comet himself.

Coates points out that humans have also been successful in generating artificial aurora borealis in the past. One such experiment that achieved this took place back in 1969. A rocket carried an electron accelerator into the atmosphere and pulses of electrons were fired, in bursts one second long at a time, down towards Earth. “The idea of being able to paint Earth’s magnetic environment a bit is an attractive idea,” admits Coates.

Okajima is clearly thinking along these lines. “We want to use the sky as canvas and create very beautiful things,” she says.

But is there a downside to artificially turning our atmosphere into a charged particle light show?

Hugh Lewis at the University of Southampton is an expert in space debris and space junk – the old satellites and bits of spacecraft orbiting Earth that pose a genuine danger to other satellites and astronauts on the International Space Station (ISS).

“Given the fact that we’re trying to encourage good behaviour in the space environment and so on, just to throw things up there because they look pretty is a bit problematic,” he says. 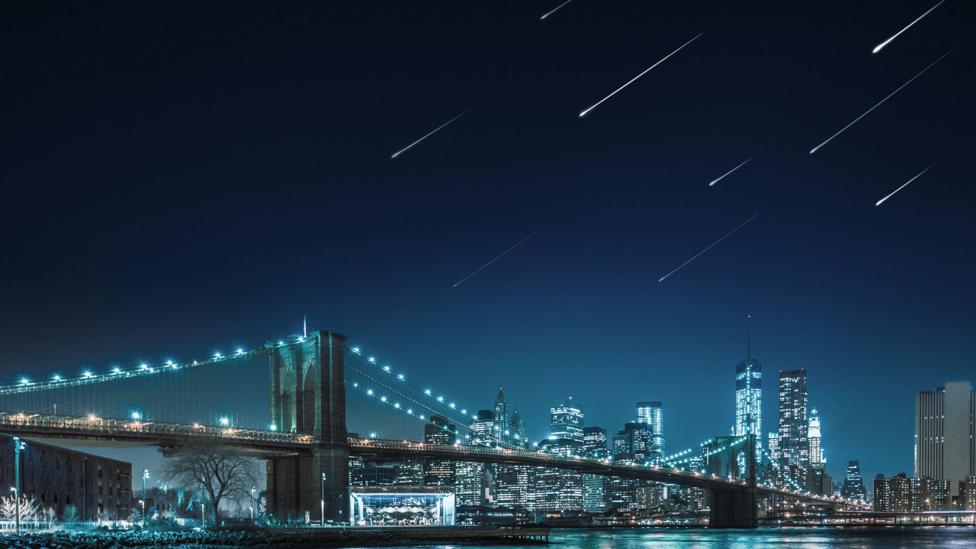 Some experts are sceptical that it will be possible to dictate the location of the artificial meteor shower with sufficient accuracy (Credit: Astro Live Experiences)

He notes that at the lower altitude ALE intends to use for its meteor shows, any potential debris left by pellets that fail to burn up would likely not threaten most satellites, or the ISS. And they may well re-enter after a short time anyway. But in the future, more satellites will likely use this region of space and so leftover artificial meteors could be a problem.

Lemal says extensive simulations suggest that the chances of meteors failing to burn up are very low. “We are confident that we don’t create pollution, we don’t create debris,” he says. He adds that the material used in the pellets is “non-toxic”. However, no-one has ever tried anything quite like this before, so ALE is working with space debris committees to ensure that they are compliant with existing regulations.

Lewis has other reservations, though. He’s not convinced that it will be possible to create meteor showers in the exact bit of sky requested by ALE’s future clients. This is because it’s extremely difficult to predict how a satellite’s orbit will evolve over time. Releasing the particles early to compensate for a slightly off-course orbit might add even more uncertainty as to when and where the “meteors” will re-enter.

ALE says its meteor shows will be visible within an area of 200 sq km – and apparently has simulations that suggest it can achieve the necessary accuracy –  but Lewis is sceptical that this will be possible. “You could miss by an entire continent,” he says. Only time and real-world experimentation will tell.

Even if it does work, there will certainly be some who prefer the authenticity of the real thing.

“I think there’s always something quite fascinating about a thing we don’t actually control but which is nonetheless beautiful,” says Massey. “That has a romantic and soulful quality that perhaps an artificial shower doesn’t.”

Okajima would undoubtedly disagree – she has been dreaming of putting on her artificial meteor shows for nearly twenty years now. Despite the naysayers, the many challenges and potential pitfalls, she is clearly determined to see it through.