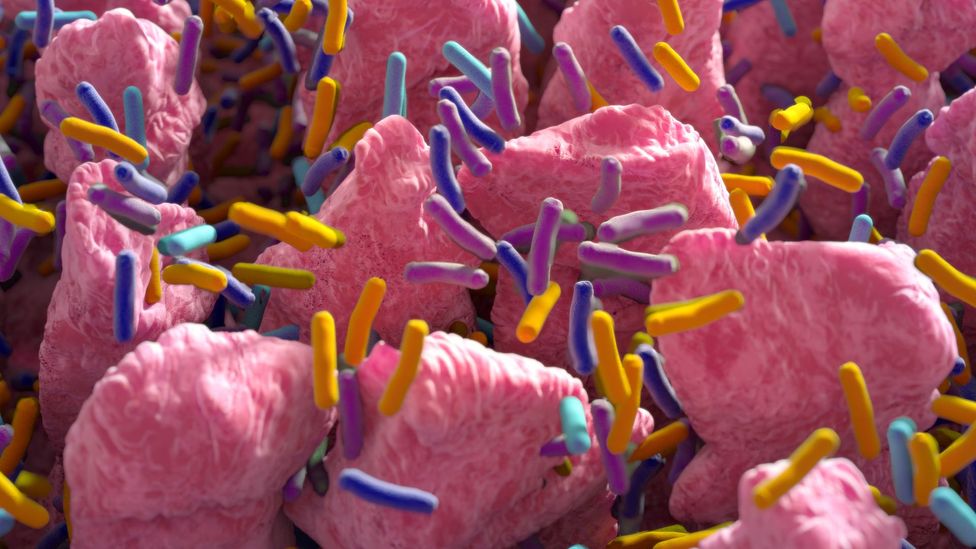 By Jessica Brown 22nd January 2019
The microbiome inside our bodies dictates many aspects of our health – and is as individual as we are.

Inside your gastrointestinal (GI) tract are trillions of micro-organisms, including bacteria, fungi and viruses. You have roughly the same number of micro-organisms in there, mostly in the large intestine, as you do human cells in your entire body. But only 10% to 20% of the bacteria you have in your gut will be shared with anyone else.

These microbiomes differ hugely from person to person, depending on diet, lifestyle and other factors, and they influence everything from our health to our appetites, weight and moods. But despite being one of the most-researched parts of the body, there's still a long way to go to fully understanding our guts. BBC Future reviewed the findings of some of the science so far.

Our diets have a huge influence the gut microbiome. Research has found links between Western diet, typically high in animal fat and protein and low in fibre, with increased production of cancer-causing compounds and inflammation. The Mediterranean diet, on the other hand, which is typically high in fibre and low in red meat, has been likened to increased levels of faecal short-chain fatty acids, which have been found to have anti-inflammatory effects and improve the immune system.

Scientists hope that population-wide research will advance existing findings. One such project, the ongoing American Gut Study, is collecting and comparing the gut microbiomes of thousands of people living in the US. So far, research suggest those whose diets include more plant-based foods have a more diverse microbiome, and one that is "extremely different" from those who don't, says Daniel McDonald, the project's scientific director.

"We can't say one end is healthy or unhealthy yet, but we suspect that those who are eating a diet rich in fruits and vegetables have very healthy microbiomes," he says. However, McDonald adds, it's unclear if and how radically switching from a diet high in plant-based food to a diet low in healthy food would change the microbiome.

There has been a lot of hype around the health benefits of prebiotics and probiotics in recent years, but while they're increasingly used in treatments including inflammatory bowel diseases such as Crohn’s disease and ulcerative colitis, several reviews suggest there needs to be further research on which strains and dosages are effective.

Eran Elinav, an immunologist at the Weizmann Institute of Science in Israel, has recently found that some people are immune to probiotics – although he did this in a relatively small study that would require future research to come to any concrete answers. He gave 25 healthy individuals either 11 strains of probiotics or placebos, and tested their microbiomes and gut function with colonoscopies and endoscopies before and three weeks after the intervention. 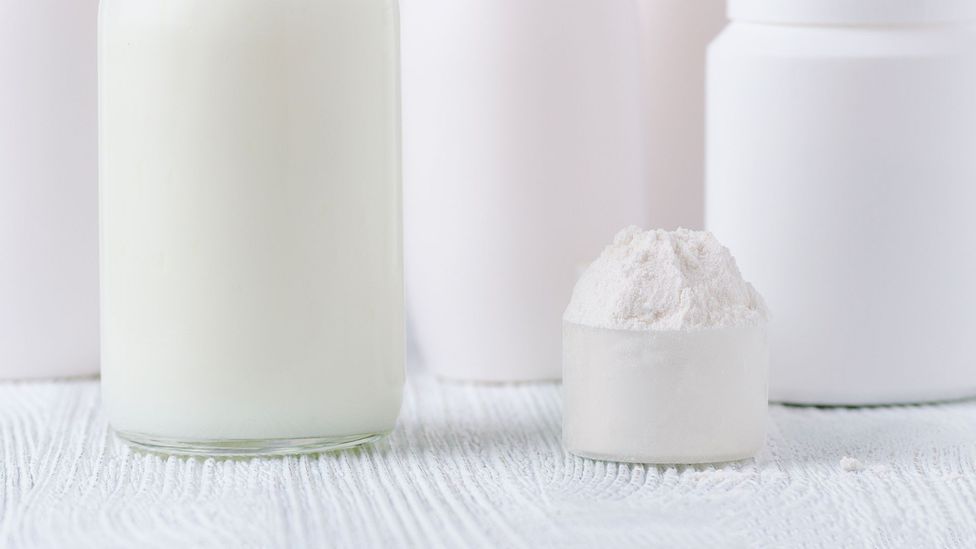 The researchers were able to predict which category a person would fall into by examining features in their microbiome. Elinav says his findings suggest a need for more advanced tailoring to personalise probiotics to the needs of individuals.

Gut microbiota has a major role to play in the health and function of the GI tract, with evidence that conditions such as as irritable bowel syndrome (IBS) often coincide with altered microbiota. But it also plays a much wider role in our health, and this is largely determined in the first few years of life.

Our microbiomes start developing when we're born, when microbes colonise the human gut. Babies delivered by natural birth have been found to have higher gut bacterial counts than those delivered by Caesarean section because of the contact they make with their mother's vaginal and intestinal bacteria, says Lindsay Hall, microbiome research leader at Quadram Institute Bioscience.

"C-section-born infants miss out on that initial inoculation, and some of the microbes they come into contact with will be from the skin and environment" says Hall.

"This is very important for infants to develop their immune systems. Recent work has suggested that disturbances in early life gut microbiome have negative consequences for host health," she says.

"Numerous studies have shown that C-sections affect health long-term, and there's strong evidence to suggest they lead to a higher risk of developing allergies, and a less robust ecosystem, meaning you're more susceptible to changes and disturbances, such as antibiotics.

“However, there is no robust evidence on what this difference means specifically for the immune system."

There are also differences in the microbiomes of breast-fed and formula-fed babies. Bifidobacterium, a group of bacteria associated with health, are often found in the guts of babies who are breast-fed.

"We know that Bifidobacterium are able to digest components found in breast milk. These components are not normally found in formula milk, which is why formula-fed babies have less of them," Hall says. 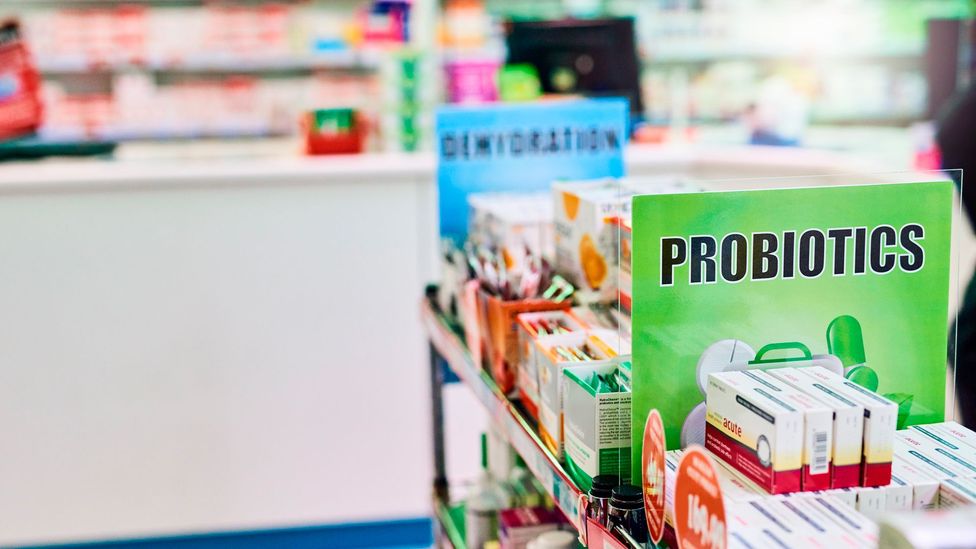 One problem with supplements is that every person's gut microbiome is subtly different (Credit: Getty Images)

Scientists are getting closer to understanding how the gut can also be used to treat disease. One of the newest treatments in the field is faecal microbiota transplants, where a healthy person's microbiota is put into a patient's gut.

The procedure is used to treat antibiotic-resistant intestinal bacteria clostridium difficile, which can infect the bowel and cause diarrhoea. Though there's no conclusive evidence on the underlying mechanism, it's believed that the transplant repopulates a microbiome with diverse bacteria that helps to fight the bacterium off.

The big question around these transplants is defining what a normal gut microbiome is.

"We haven't established what's normal, but also what's normal for each individual. It depends on their ethnicity, environment and other things they body has gone through," says Fiona Pereira, head of business development and strategy for the department of surgery and cancer at Imperial College London, which oversees research into the relationship between the microbiome and diet.

Pereira says if scientists can gain a clear understanding of what is healthy in different ethnic groups and age groups, they can then profile a person and see how their gut varies and what this is related to – it could be diet, environment, or genetic predispositions to certain diseases.

It is already well established that antibiotics can dramatically alter our gut microbiota.

The gut is an environment where harmless and beneficial bacteria are in very close contact to opportunistic pathogens that cause infections, says Willem van Schaik, professor at the University of Birmingham and lead researcher of a new study identifying more than 6,000 new antibiotic-resistance genes in pathogens.

He found that most of these pathogens weren't associated with DNA that can transfer between bacteria, which means there's no immediate risk of spread of these genes from normal bacteria to pathogens.

However, many of the genes thought to be fixed in certain bacterial environments can start spreading by overuse of antibiotics, which can put pressure on the resistant genes locked up inside a single bacterial cell, causing them to mobilise.

"Our findings highlight how many resistant genes are in the microbiome and could potentially be mobilised to be opportunistic pathogens. They should be seen as a warning that there is a large reservoir of these genes we don’t want to start mobilising," van Schaik says.

The brain and gut have a strong, two-way communication system referred to as the gut–brain axis. Each are essential to the other – studies have found that brain development is abnormal in the absence of the gut microbiome. However, a recent review stated that research hasn’t yet figured out which exact gut bacterium are crucial for brain development.

Further investigation is uncovering how interlinked the gut is to the brain, however, including our mood and mental health, says Katerina Johnson, a researcher of the microbiome-gut-brain axis at the University of Oxford. 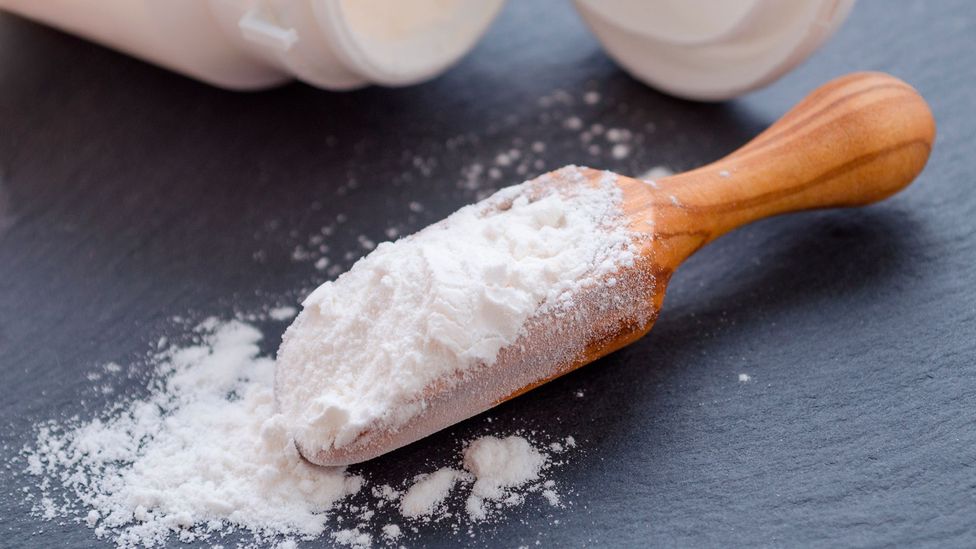 There is a recent trend toward taking probiotic supplements because we are only now realising the extent to which the gut microbiome affects us (Credit: Getty Images)

"Research shows that if we take gut bacteria from depressed humans and colonise the guts of mice with it, the mice show changes in their behaviour and physiology that are characteristic of depression," she says.

Gut microbes can produce most of the neurotransmitters found in the human brain, including serotonin, which plays a key role in regulating mood. It is hoped that scientists will soon be able to understand how microbes can be used to produce neurotransmitters to treat psychiatric and neurologic disorders liked to our microbiomes, including Parkinson's disease and multiple sclerosis.

Germ-free animals who've had no exposure to microbes, on the other hand, have shown deficits in social behaviour, and researchers have found that this can be restored by adding specific types of bacteria such as Lactobacillus, often found in yoghurt, according to Johnson.

Behavioural changes are likely to be a by-product of processes that help microorganisms grow and compete in the gut, such as fermentation

A recent paper titled 'Why does the microbiome affect behaviour?' examined the theory that the gut microbiome has evolved to manipulate its human host for its own success, much like parasites, by making the host more sociable in order to be transmitted.

The paper argued, however, that this theory is unlikely, and behavioural changes are likely to be a by-product of processes that help microorganisms grow and compete in the gut, such as fermentation.

"The gut microbiome is so diverse that, even if there was a type of bacteria producing active chemicals to manipulate our behaviour, this bacteria would quickly be outcompeted by other bacteria not investing any extra energy to produce the compound," says Johnson, one of the paper's authors.

Science has not yet defined what a healthy microbiome looks like, and a conclusion appears some way off yet. But there is growing consensus that environmental factors, such as diet and antibiotics, affect our microbiome more than our genes, and that a more diverse microbiome is better for us.

"While we can change our microbiome with our diet, they seem to have a set point to which they often return after a temporary disturbance," says Johnson. "But one thing we can do is eat more fibre, to increase the diversity of the gut, which is frequently associated with health."

While there have been many advancements within microbiome research in recent years, there also remain some challenges.

One of these is the reliance on a method called 16S rRNA sequencing, says McDonald, which looks at a specific region of a single gene believed to exist in all bacteria. E. coli is an example of why this method is too broad, McDonald says. 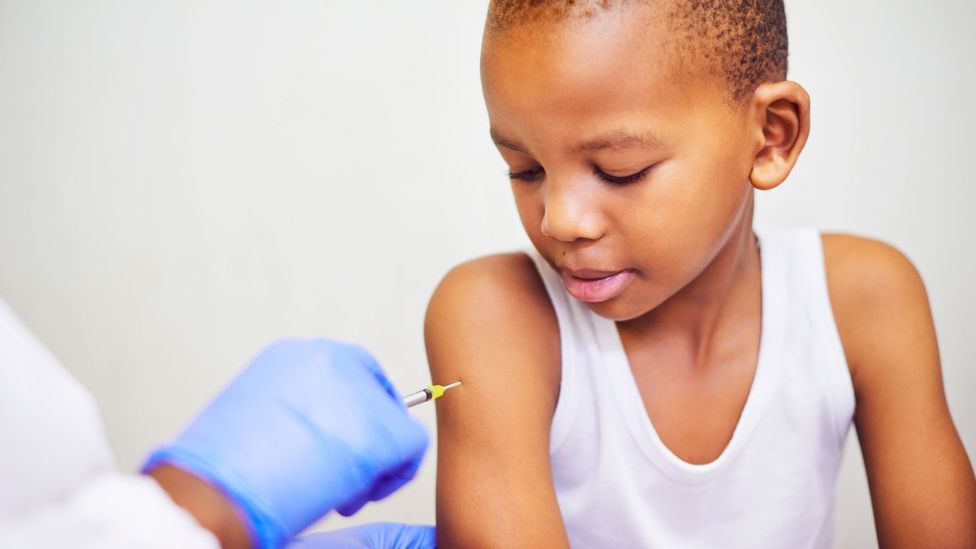 It has been proven that antibiotics can have a powerful effect against gut bacteria (Credit: Getty Images)

"While there are pathogenic E.coli, there are also E.coli that play a neutral or beneficial role in the gut, which would all be indistinguishable with the current method we use. An increase in the level of E.coli doesn't mean it's bad for you."

McDonald's advice is that we should remain cautious.

"There are a lot of cool things microbiome research will lead to, and there are exciting developments going on now, but while continued advances will lead to improvements in health, a lot of this stuff is tied up in basic research, and there's a lot of research we can do with mice that we can't translate to humans, because it's not safe to do so."

In the meantime, the most scientists can advise is to eat our greens.