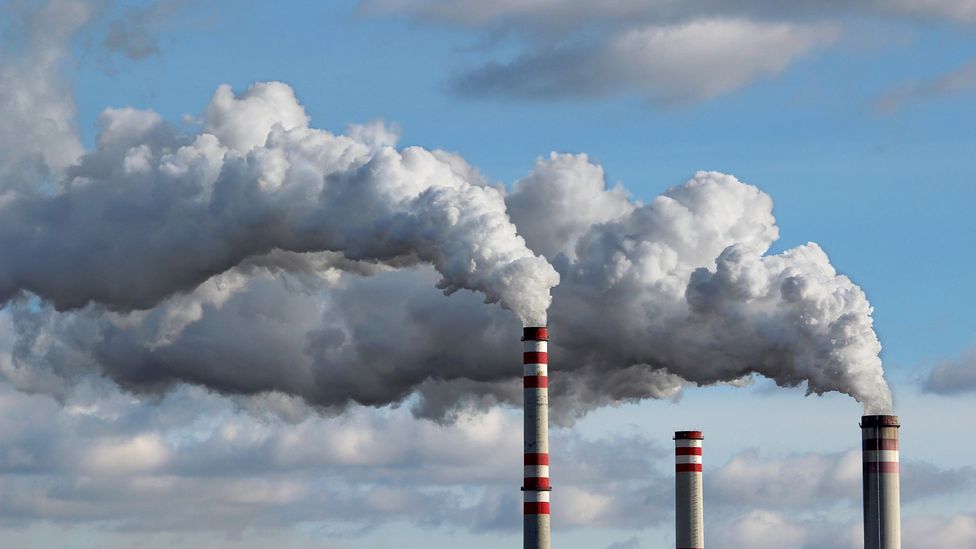 By Jessica Brown 29th January 2019
As countries industrialise, their air becomes dirtier – and this could have some far-reaching effects on the beneficial bacteria inside us.

The gut microbiome is made up of billions of bacteria, and scientists have been trying to understand exactly how they affect our health, contribute to our risk of contacting diseases and how they interact with the vital organs and systems in the body, including the brain. It is quite a lot to unpick.

While there’s no clear answer yet of what a healthy gut microbiome looks like, it’s widely accepted that environmental factors, such as diet, can alter it. But one emerging theory is that air pollution is also one of these factors, and it can play a part in triggering debilitating diseases – bad news for our guts, since air quality has been deteriorating in cities around the world.

While much of our health is mapped out early in early life, our guts are different, says Marie Pedersen, an associate professor at the University of Copenhagen.

“The microbiome is dynamic and may change through life due to exposures. There is a lot of interplay between the gut and what we’re exposed to,” she says.

These exposures are known to play a part in triggering inflammatory bowel disease (IBD), which includes such conditions as Crohn’s disease and ulcerative colitis, both of which are lifelong afflictions without any known cure. They occur when the immune system doesn’t work properly and the body starts attacking itself, causing ulcers and inflammation in the gut.

“Imagine having a wound that never heals, only it’s on the inside. Every time you eat or drink, it’s like rubbing salt into that wound,” says Jaina Shah, Chron’s and Colitis UK publications and information manager.

Ulcerative colitis is localised and affects the large intestine, whereas Crohn’s can affect anywhere in the gut. Both conditions can impact almost every part of the body, including hormones, digestion, energy levels and mental health. Shah says they require lifelong medication and, in many cases, major surgery. 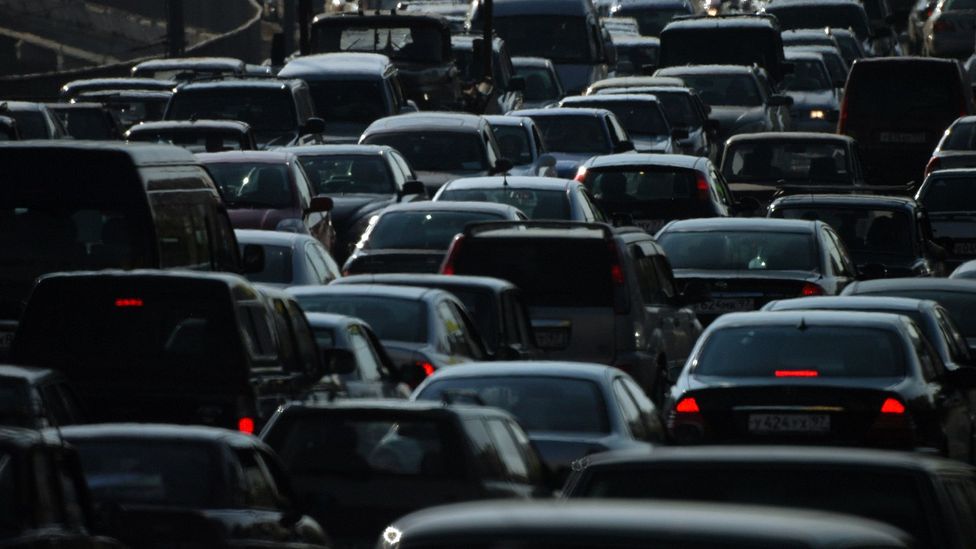 It's thought that air pollution from sources such as exhaust fumes could change the gut microbiome, leading to iinflammation (Credit: Getty Images)

“Crohn’s and colitis are caused by the genes a person has inherited, plus an abnormal reaction of the immune system to certain bacteria in the intestines, probably triggered by something in the environment,” says Shah.

According to research, these environmental triggers include diet, and stress. The hygiene hypothesis, meanwhile, argues that living in sanitary environments doesn’t allow immune systems to properly develop.

Both genes and environmental factors can disrupt the gut in similar ways, according to Gilaad Kaplan, associate professor at the University of Calgary and author of several studies looking into the relationship between the gut and air pollution.

Just as genetic mutations can interrupt with the gut barrier's protective abilities, environmental exposures can have the same impact by disrupting these barriers – Gilaad Kaplan

“Just as genetic mutations can interrupt with the gut barrier's protective abilities, environmental exposures can have the same impact by disrupting these barriers. If you carry a gene that makes the immune system or gut sluggish, this can trigger the disease.”

Patterns in cases of IBD have led researchers to find out if air pollution is one of these environmental triggers, including data showing that they are more common in urban than rural areas, and that more developed nations have higher rates of IBD. One analysis found that the highest rates were in Europe and North America, while the number of cases in newly industrialised countries in Africa, Asia, and South America have been steadily rising. 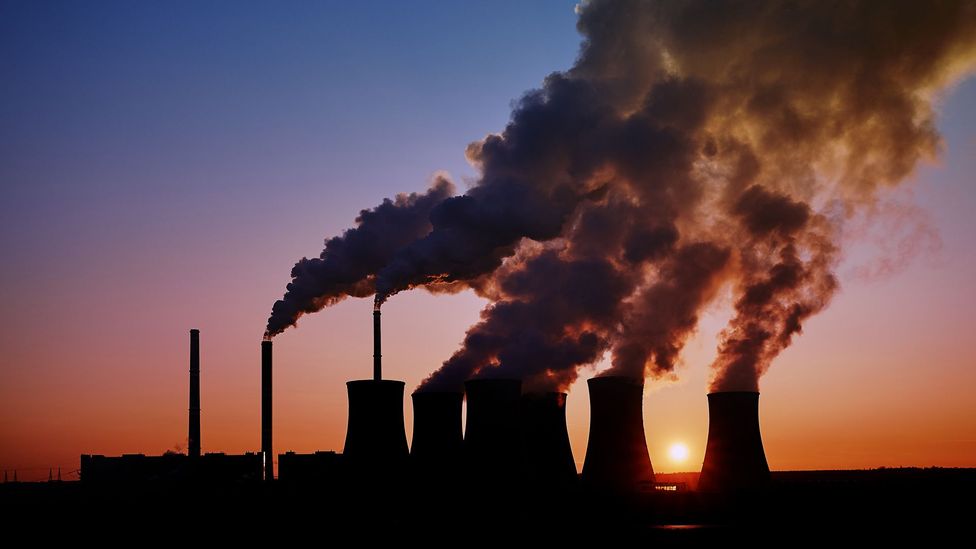 The gut biome changes throughout our life, meaning it can be affected by the changing quality of our environment (Credit: Getty Images)

It’s thought that air pollution plays a part in the development of IBD by changing the gut microbiome, which causes an immune response and inflammation. In 2005, Kaplan attended a class on the mechanism of how air pollution impacts the heart, and realised that there were crossovers with IBD, his area of expertise.

“The first part of my research was looking at data to see if there were more cases of IBD in areas with more air pollution,” he says.

Kaplan analysed data of over 900 cases of IBD in the UK, spanning three years. While he didn’t find an association between newly diagnosed cases of IBD and levels of air pollution on the whole, he found that Crohn’s disease was more commonly found in young people with higher exposures to nitrogen dioxide. Kaplan has also found similar links between air pollution and appendicitis and abdominal pain.

The complicating factor of these studies, however, is that people may not have lived for very long in areas of high pollution. Also, they don’t prove that one data set causes the other, so it’s important to explore mechanisms behind the data, says Kaplan.

Air pollution is made up of a number of substances, including carbon monoxide, nitrogen oxide (produced by diesel vehicles), ozone, sulphur dioxide and particulates (which consists of dust, pollen, soot and smoke). Such pollution is a leading cause of disease and death. It has been linked to many health conditions, including lung diseases, heart attacks, strokes, Alzheimer’s, diabetes and asthma.

However, scientists also don’t yet know which pollutants in particular are to blame.

“Most researchers use data from fixed monitoring sites, which are in almost every city, however it’s limited to study those pollutants, which come to represent a proxy of different ones,” says Kaplan.

“Nitrogen dioxide is a proxy for traffic pollutants, it’s the one cities measure, so we study and attribute it to disease. This is similar to how we study the effects of nicotine in cigarettes, which contain many chemicals. It’s challenging to narrow down the exact source.” 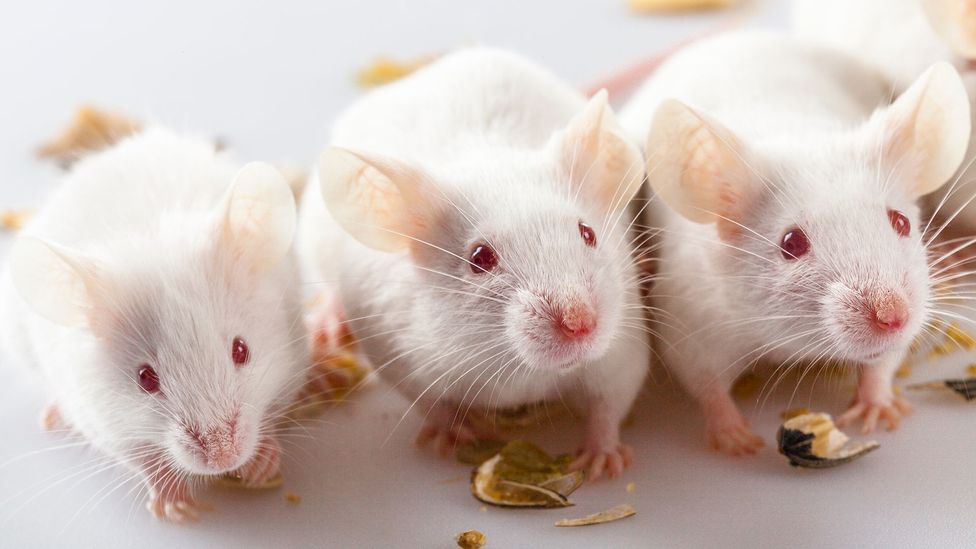 It’s well established that breathing in polluted air in the form of cigarette smoke is also a risk factor for the development of Crohn’s, which has been the most studied environmental risk factor for IBD. There are, however, still unanswered questions in this field of research. One of the more surprising is why smoking itself is actually protective against ulcerative colitis.

As well as breathing airborne pollutants into our lungs, we can ingest them from food, which pollution can easily contaminate, through the body’s mechanism of getting rid of toxins. This process, mucociliary clearance, filters the air we breathe and comes back out as oral secretion to the back of the throat as phlegm, which we then swallow and then enters the intestine.

Kaplan went on to study the effects of air pollution in lab settings. Alongside a group of researchers, he found that exposure to particulate matter (PM) can trigger the onset of gastrointestinal disease. Researchers gave mice a high oral dose of particulate matter for up to 14 days and fed another group for 35 days by putting it in their food.

The researchers aimed to mimic continued exposure to high levels of PM and contaminated food, using 18mcg m3 (micrograms per cubic metre of air) per day. Levels of PM in cities can range from 20 to 1,000 at peak concentrations, meaning a total inhaled dose of up to 20,000mcg over 24 hours.

They found that the mice fed particulate matter for a shorter amount of time had altered immune gene expression, evidence of inflammation and heightened innate immune response in the small intestine and increased gut permeability. Gut permeability impacts in the lining barrier of the gut wall are thought to be one of the causes of IBD.

“The lining of the gut designed to serve as a barrier to keep bad bacteria out of the body and allow good bacteria to do its thing,” Kaplan says. “If something happens to impact the integrity of lining of wall, this can create little holes where pathogenic microbes to get it, which can trigger immune response.”

The mice exposed for 35 days also showed signs of inflammation in the colon, and changes in their gut microbiome. 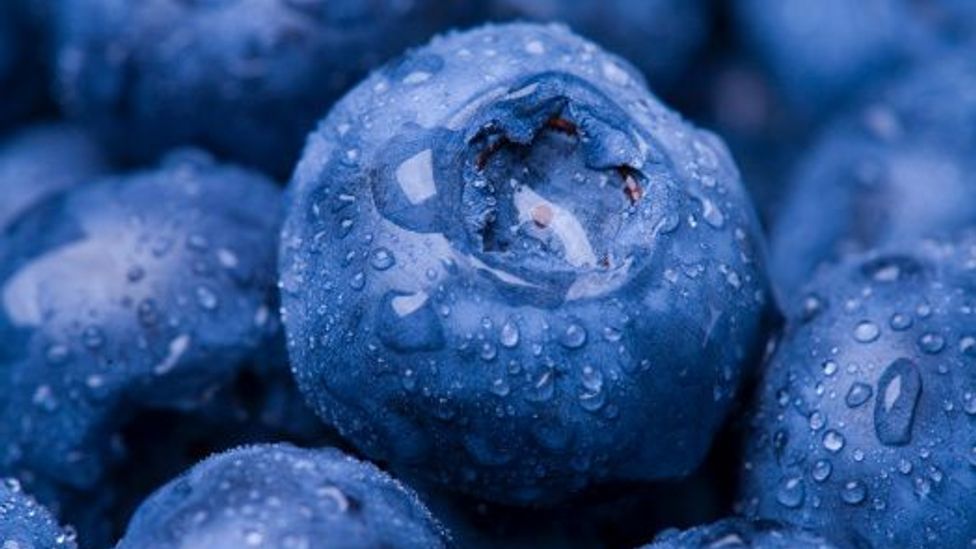 But pollution may not just play a part in triggering the onset of IBD, it could also alter the nature of the disease through the changes it makes to the gut microbiome. In another study, Kaplan compared cases of non-perforating and perforating appendicitis from 13 cities, and found that perforated appendicitis, which is the riskier of the two, was linked to higher exposure to air pollution. He concluded that pollution exposure might modify the type of gut disease.

If you lived in an area with good air quality, you might have just had regular appendicitis, and air pollution may worsen the attack to perforated appendicitis

“If you lived in an area with good air quality, you might have just had regular appendicitis, and air pollution may worsen the attack to perforated appendicitis,” he says. But while Kaplan says this could also be the case for other gut-related disorders, research hasn’t yet looked into it.

Research hasn’t yet explained exactly why IBD is more common in urban areas, and while it is clear urbanisation plays a role, the underlying characteristics of urbanisation causing IBD remain unclear.

“These conditions were never seen a generation ago in these countries, but now I meet gastroenterologists who never saw IBD until very recently, and now see cases on a daily basis,” says Simon Travis, a clinical professor and consultant gastroenterologist at the John Radcliffe Hospital in Oxford, whose work involves researching IBD in newly industrialised countries.

The consensus is that air pollution isn’t a leading cause of gut disease, but could be one of a number of triggers

But this isn’t the whole picture. Some research papers have associated increased IBD with the industrial revolution, since Crohn’s first become recognisable in the 1930s during the advent of the automobile era. However, the first cases of ulcerative colitis emerged in the late 1800s.

“There is something about industrialisation in the current climate, but we also have to speculate why in some regions of the world that are most heavily polluted, in parts of urban China and Russia, for example, IBD has to date been uncommon,” Travis says.

He has found that these diseases occur commonly in major cities in India, such as Delhi and Mumbai, but not at all in other cities. But he is adamant IBD is definitely a disease of urbanisation, one way or another.

As it stands, the consensus is that air pollution isn’t a leading cause of gut disease, but could be one of a number of triggers. 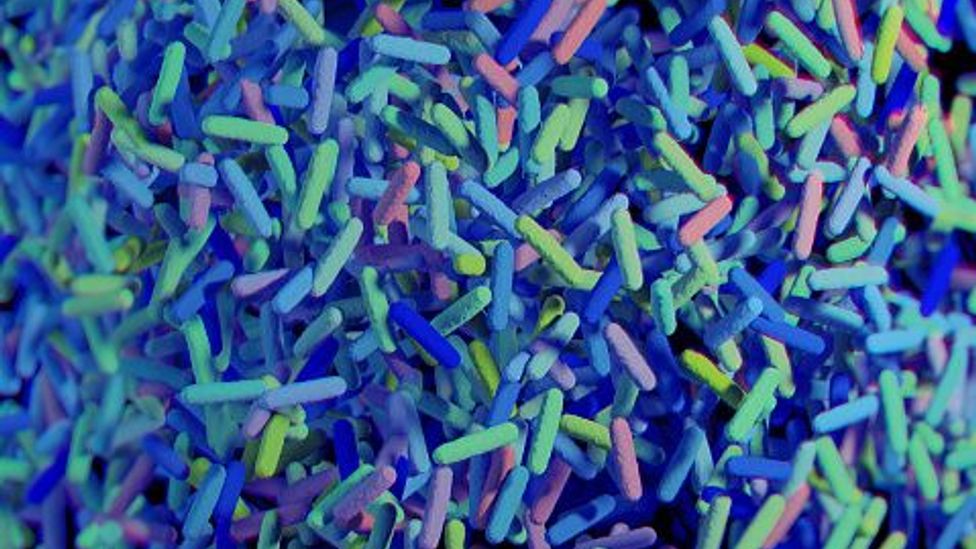 While air pollution might not be a sole cause of irritable bowel syndrome (IBS) it could be a leading cause (Credit: Getty Images)

“IBD are complex and multi-causal, and a number of environmental factors that can influence development, including exposure to antibiotics in infancy, breastfeeding, exposure to cigarette smoke.” Each one, he says, could “chip away” at our health “until eventually something collapses”.

“It’s hard to say one gives the leading blow that led to an avalanche, but each contributes at a certain level,” says Kaplan.

“Altering the gut microbiome is a leading cause of disease for Crohn’s and ulcerative colitis, and lots of things cause that. Air pollution is one of those, without which we would still see cases from other causes.”

“If we’re going to find the causes of IBD, they’re most likely going to be found in areas of the world where the conditions are evolving and occurring, because in the West and North America the conditions have almost completely evolved.”