Many people eat factory-farmed meat while also abhorring animal cruelty. In this adaptation from her new book, the psychological scientist Dr Julia Shaw explains what the “meat paradox” can tell us about moral decision making.

Money changes our relationship with morality. The very existence of money, along with complex business and distribution channels, acts as a buffer between ourselves and the origin of our products. This can make us behave in ways that are deeply unethical.

I can prove it to you. Do you think animal torture is evil? And do you also eat factory-farmed meat?  Many people who would strongly disagree, in principle, with animal cruelty also eat meat that has been raised in terrible conditions.

I know this myself. I try to eat a mostly plant-based diet, but like the majority of people in most Western countries, I do not eat this diet exclusively.

By reframing the same issue and adding a price tag we make some acts seem far less offensive. We can’t see them first hand, so they feel like they are unrelated to us. All we can see is the price.

Why? When we understand why we eat meat that we know has been raised in poor conditions, we can begin to understand many other forms of behaviour that conflict with deeply held moral principles.

According to psychologists Brock Bastian and Steve Loughnan, who do research on the topic in Australia, the “meat paradox” is the “psychological conflict between people’s dietary preference for meat and their moral response to animal suffering”. They argue that “bringing harm to others is inconsistent with a view of oneself as a moral person. As such, meat consumption leads to negative effects for meat-eaters because they are confronted with a view of themselves that is unfavourable: how can I be a good person and also eat meat?” 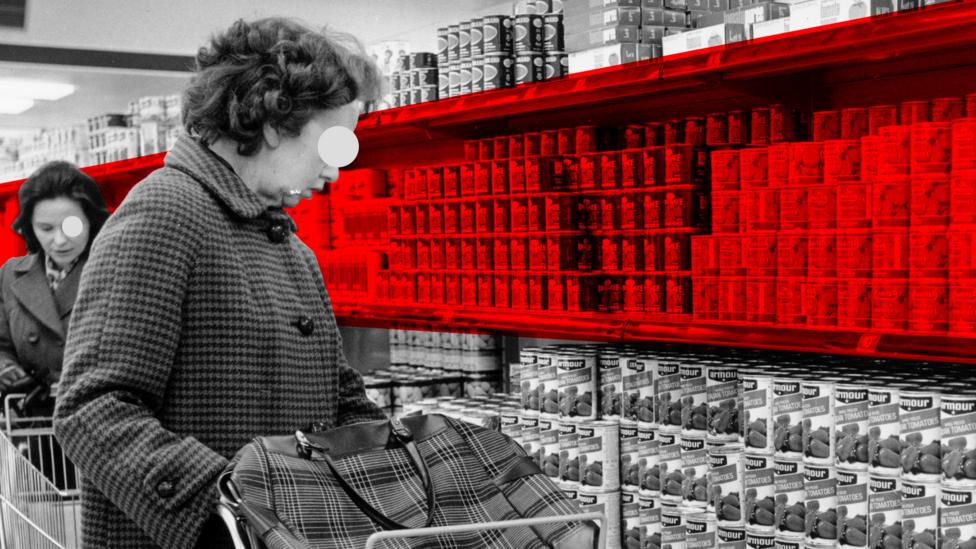 We often turn a blind eye to the consequences of our consumer decisions (Credit: Getty Images)

This moral conflict doesn’t just threaten our enjoyment of eating meat, it threatens our identity. In order to protect our identities we establish habits and social structures that make us feel better. Meat-eating is tied to social customs, so that holidays are defined as a time to feast on flesh with friends and family. Some people may also use it as a signal of masculinity, claiming that it helps define someone as a real man, or that we humans evolved as super-predators who were meant to eat meat. And despite animal products being linked to all kinds of poor health outcomes, some people tsk when we say that we want to go vegan (“How will you get enough protein?”), and friends start "forgetting" to invite us to dinner parties.

With many decisions, including the choice to eat meat, the excuses we make are largely post hoc – after we have chosen to indulge we need to justify why the behaviour was OK, and why it is OK to do it again. And we need the excuses, or else we feel like bad people.

When we say one thing but do another, or hold inconsistent beliefs, psychologists call it cognitive dissonance. The term was developed by Leon Festinger, who first used it in 1957. The classic experiment in this field was published by Festinger and James Carlsmith in 1959. In it, they asked: “What happens to a person’s private opinion if he is forced to do or say something contrary to that opinion?” In their experiment, they had 71 men complete two tasks. First, the men were asked to put 12 round wooden spools into a tray, empty the tray and put the spools back in the tray, repeatedly, for half an hour. 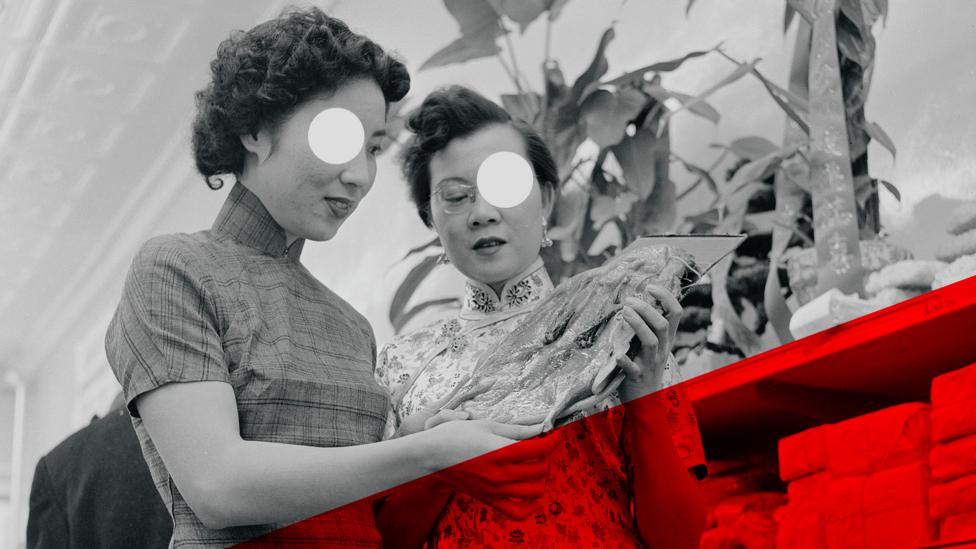 Meat-eating is central to many global customs and celebrations (Credit: Getty Images)

Then the participants were given a board containing 48 square wooden pegs. They were asked to turn each peg by a quarter turn clockwise, then another quarter turn, repeatedly, again for half an hour. While they did this, a researcher watched and wrote things down. These were intentionally boring tasks. Really, really boring.

Although the participants thought it was their performance that was being measured, it was actually what came next that interested the researchers. After their two boring tasks, participants were taken back into the waiting room. They were told that the person sitting there was the next participant. For one-third of the participants, they simply sat down without anything else being mentioned. For the other two-thirds, however, the researcher asked whether they would lie to the next participant. They would even be paid for their lie. Half were told that they would be paid $1 for their lie, and the other half were told that they would be paid $20 for their lie (which in the 1950s was a lot). When they said yes, the researcher then handed them a piece of paper, and instructed them to make the points that were written on it: “It was very enjoyable”, “I had a lot of fun”, “I enjoyed myself”, “It was very interesting”, “It was intriguing”, “It was exciting”.

What the researchers really wanted to know was what impact this lie, and the compensation for it, would have on participants’ rating of the task. They wondered whether participants would actually come to think they enjoyed the boring task, just because they told someone else it was fun. And how would being paid influence this? 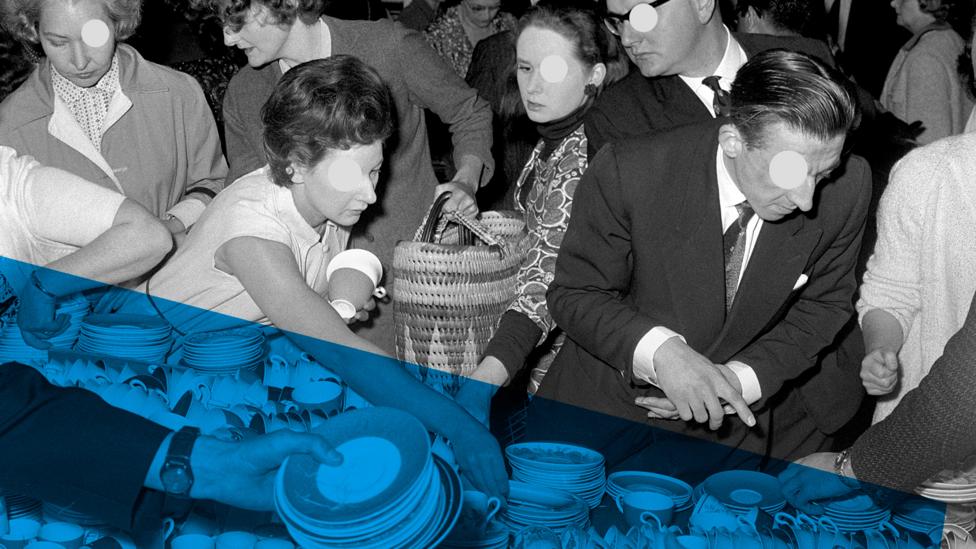 In general, people know very little about the working conditions of the workers who made their goods (Credit: Getty Images)

What happened? Being paid $1 was probably not seen by the participants as sufficient incentive to lie. Accordingly, they experienced cognitive dissonance. “Why did I say that it was enjoyable when it wasn’t? Surely not for a measly $1?” Since the participants could not go back and change their behaviour, or un-participate in the experiment, the option available to them was to change their belief – it must have actually been enjoyable.For the $20 condition this was not necessary, as they could explain their behaviour as the result of the hefty and easy financial incentive. This was the first of many experiments to show that we often bring our beliefs in line with our behaviour, and that money can change the way we do this.

In addition to our own attempts to justify meat-eating, advertising and marketing can make it easier for us to do so. According to research by sociologist Liz Grauerholz on images of animals in popular culture, one way to make meat-eating seem acceptable is to dissociate it from the animal it came from. Grauerholz argues that we do this by “transforming animals, which are loved, into meats, which are eaten, so that the concepts of ‘animals’ and ‘meats’ seem distinct and unrelated”. We call it “veal” instead of baby cow, “ham” instead of pig, “game” instead of hunted wild animal. We pack our dead animals in pretty packages – physically, verbally and conceptually distancing ourselves from the real origin of our food.

When looking at commercial depictions of meat, she found that this was done in two different ways. The first was showing meat as sanitised, plastic-wrapped, chopped into pieces – making it hard to think that it came from an animal at all. The second had to do with ‘cutification’ – making the animals cuter than they actually are. More than anywhere, this is adopted as a strategy in parts of Asia such as Japan. Adverts there use what ethologist Konrad Lorenz referred to as the Kindchenschema (“baby schema”) – big eyes, petite, round features, like we might expect in children’s books. It’s meant to give the impression that this meat comes from happy, imaginary animals. Both of these serve to distract from the realities of animal cruelty. 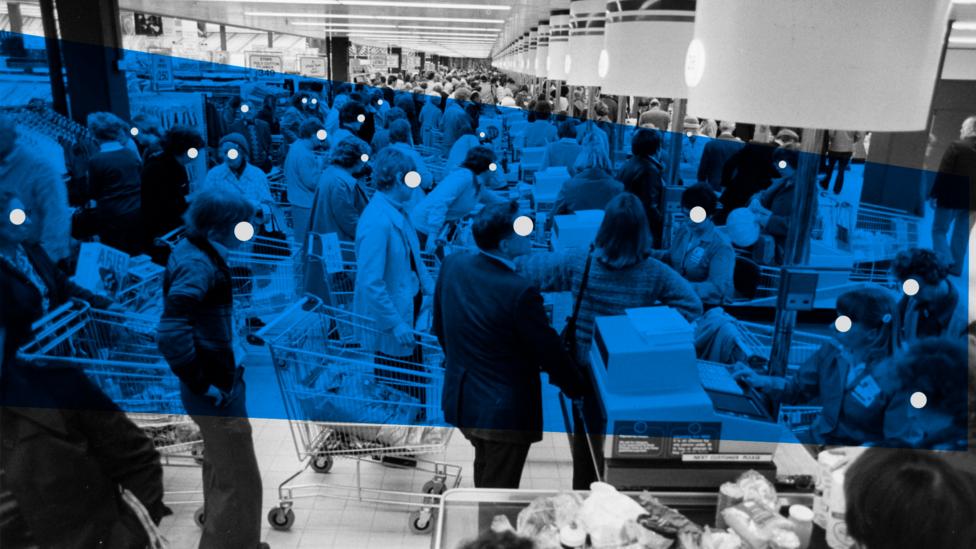 Our moral decisions are often shaped by the choices of others (Credit: Getty Images)

This isn’t just relevant for meat-eating. When we turn animals or humans into objects, and thereby avoid the discomfort caused by knowing about the suffering behind consumer goods, we make it easier to be cruel. The same processes we see with meat, we see with all kinds of other morally unacceptable but common human behaviours that have to do with money.

We know that poverty causes great suffering, yet instead of sharing our wealth we buy another pair of expensive shoes. We fundamentally disagree with the idea of child labour or adults working under horrible conditions, but keep shopping at discount stores. We stay in the dark, to protect our delicate identities, to maintain the illusion that we are consistent and ethically sensible human beings.

In this constant effort to reduce cognitive dissonance, we may spread morally questionable behaviour to others. We begin to shape societies in ways to minimise our discomfort, to not remind us of our inconsistencies. We don’t want constant reminders. And, as Bastian and Loughnan argue, “through the process of dissonance reduction, the apparent immorality of certain behaviours can seemingly disappear.”

Hypocrisy can flourish in certain social and cultural environments. Social habits can cast a veil over our moral conflicts, by normalising behaviours and making them invisible and resistant to change.

It is time for a revolution in how we talk about human beings, animals and the planet, and acknowledge our own hypocrisies. Rather than doing mental gymnastics to justify unethical behaviour, we must consider actually changing it. Identifying and addressing even just a few of your guilt-ridden ethical inconsistencies is likely to make you a happier person, and the planet a better place.

This text has been adapted from Evil: The Science Behind Humanity’s Dark Side, by Dr Julia Shaw, a psychological scientist at University College London.