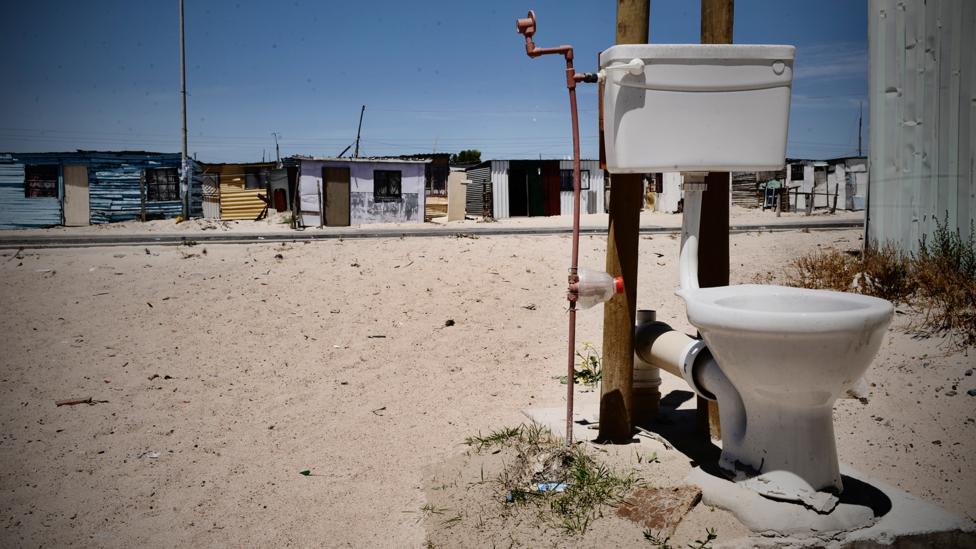 By Zaria Gorvett 8th February 2019
In the race to accommodate ever-increasing numbers of people, the world’s poorest communities have an unexpected ally: entrepreneurs determined to turn slums into safe places to live.

“A kind of square of leprous houses.” That’s how Charles Dickens summed up Manhattan’s notorious, disease-addled slum back in 1842. Five Points was eventually demolished and today the neighbourhood where it once festered boasts some of the most expensive houses in New York.

For centuries, demolishing these settlements was seen as the noble thing to do. Ramshackle assortments of shacks would be razed to the ground, and replaced with more respectable establishments, such as public buildings. After all, who would want to live in a slum anyway?

Of course, there’s one major problem with this strategy: the slum’s former inhabitants often had nowhere to go. At Five Points, thousands of homes were demolished to make way for parks and courthouses. The US government didn’t have a plan for what to do with the people left behind.

Fast-forward to 2019, and the world’s slums are expanding at an alarming rate. There are already around a billion people living this way, and as climate change sets in and the mass exodus out of the countryside and into major cities gathers pace, many more are expected to join them.

But while some slums are still under attack – parts of Kenya’s largest slum, Kibera, have just been bulldozed, leaving 20,000 people homeless – this model of regeneration has been gradually falling out of fashion. Instead an alternative philosophy has been emerging, one that involves investing in the poorest neighbourhoods instead of destroying them.

Enter slum upgrading – the process of gradually improving these communities until they’re seamlessly incorporated into the city that they occupy. From laying roads and pumping in clean water, to building stronger houses and allowing people to own their land, the ultimate aim is to provide all the same rights and amenities that you would expect in a normal residential area.

“I think there’s often a representation of informal settlements as places of great insecurity,” says Diana Mitlin, an expert in global urbanism at the University of Manchester. “But a lot are actually permanent – there will be people who have lived there for 40 years… There’s been a recognition that you have to help people where they are.”

It’s not all about charity. Though the inhabitants of slums may be poor, they can still be a source of money – after all, they account for around one in every seven people on the planet – and businesses have been playing a surprisingly important role in their transformation. 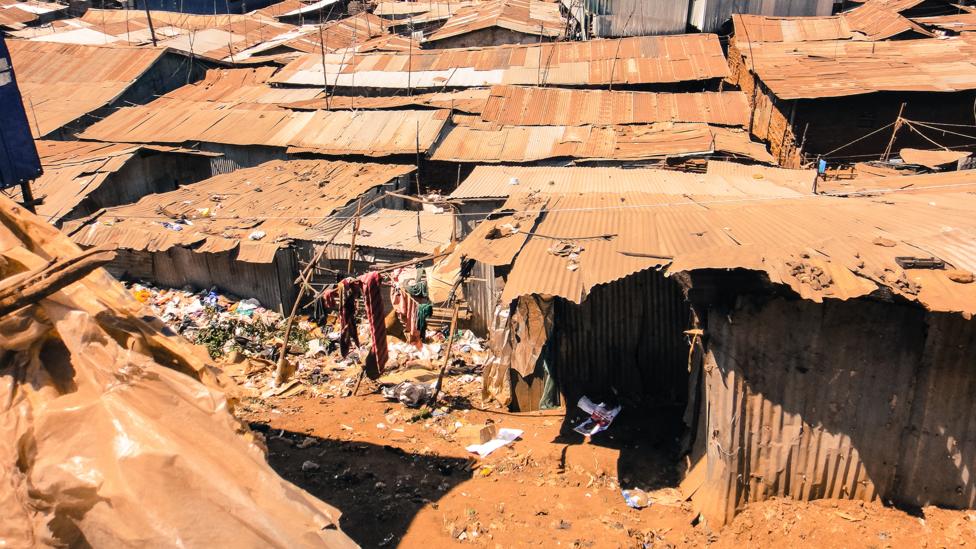 Slums like Kibera in the Kenyan capital Nairobi have seen settlements bulldozed rather than authroties deal with development issues (Credit: Getty Images)

Take the humble toilet. One of the biggest challenges in the quest to improve slums is the fact that they are largely off-grid. In many areas, the hidden cables and pipes that keep modern civilisation afloat are non-existent – so when it comes to dealing with humanity’s most revolting by-product, there aren’t many appealing options.

“Growing up in India, I saw that there was a real shortage of public toilets,” says Mayank Midha, the founder and chief executive of Garv Toilets. Midha had always wanted to do something about it, and finally saw an opportunity back in 2014 when he was working for a telecoms company. As his eyes rested on one of their electrical enclosures – essentially a metal box that sits at the base of a communications tower and holds equipment – he realised that it would make a perfect toilet.

But this wouldn’t just be any toilet. The few public facilities that did exist at the time in India were not well looked after, so they were often unsanitary and regularly vandalised. “We realised that if we could automate this toilet and track its usage and functionality on a real-time basis, then we could solve these problems,” he says.

Today, after years of development, his company has developed the Garv Toilet. These “indestructible” loos are packed with sensors and fancy electronics, which provide the team with constant feedback. If people aren’t flushing them, they know. If people aren’t washing their hands… well, you get the picture.

As it stands, Midha’s company has hundreds of toilets across the country. Now he’s bringing them to Ghana, too, where the majority of people live in slum areas with dirty facilities that they don’t want to go near. Instead they use the playfully-named “flying toilet” – they collect their waste in a plastic bag, and throw it as far away as possible.

There are several major advantages to this unlikely collaboration between the world’s poorest communities and profit-seeking businesses. For a start, there’s the fact that public generosity isn’t entirely reliable; in 2017, the Trump administration proposed a 32% cut to the nation’s foreign aid budget. Meanwhile the UK government has recently threatened to slash its spending on developing countries. 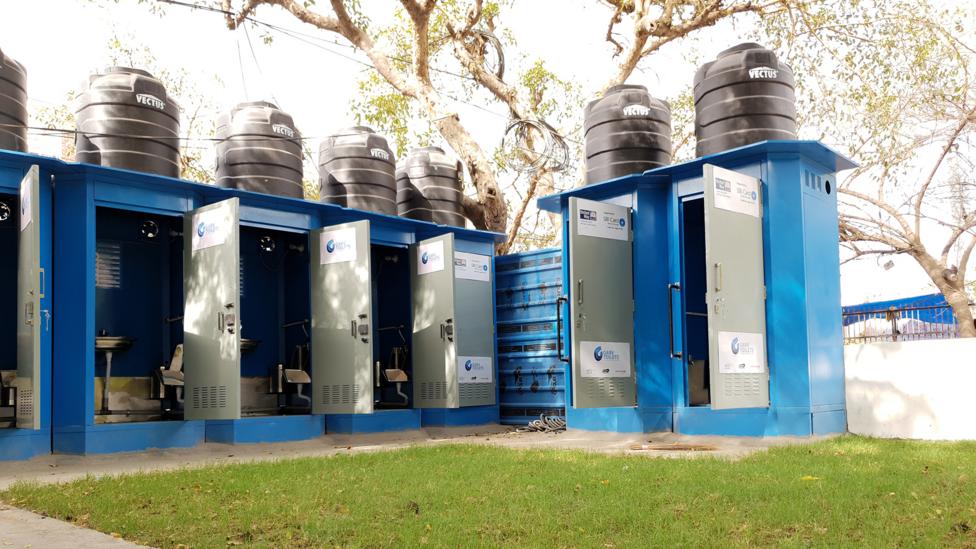 Another has to do with the sheer numbers involved. “There are around four billion people around the world who don’t have access to basic sanitation facilities, so that’s a huge requirement,” says Midha. “I believe if it’s totally dependent on grant money or charities then it’s not a very scaleable kind of a thing. There is a requirement for sustainable models, which can be rolled out to different parts of the world.”

In the case of Garv toilets, they’re partially funded by the Indian government and partially by their customers, who pay each time they use them. This is topped up by revenue from advertising – the toilets are set in landscaped outdoor spaces with billboards – and community service kiosks, which sell things like mobile data top-ups.

Another key challenge facing the inhabitants of slum communities is access to clean drinking water. Delivering this precious resource is problematic because, as with sewerage, most houses are off-grid. However, governments and businesses around the globe are working hard to get around this.

“So typically, what would happen is you would have an extension of the pipe network [into the slum],” says Mitlin. “And then because you probably haven’t invested to the point where you have piped supplies to every house, you would have people either coming to a water kiosk, where water is sold, or a water point – essentially a pre-paid meter, where people use tokens to buy it.”

One such company is Grundfos, a Danish engineering firm and pipe manufacturer. Back in 2015, they teamed up with the Nairobi City Water & Sewerage Company to provide “water ATMs” at the city’s second largest slum, Mathare.

Previously the only way to buy water was from men pulling hand-drawn carts, who sold it in old jerrycans or oil drums. It was expensive, no one could vouch for its safety – it was often stolen from broken pipes – and residents would have to walk for miles to reach it. In fact, providing dodgy water was such big business that historically it has been controlled by water mafia – several different gangs aggressively controlled who could sell water and for how much.

This is where the “water ATMs” come in. They look like a cross between a bank ATM and a petrol station pump, with hoses and a digital dashboard. To use them, people are asked to simply swipe their “smart card” – which can be topped up from a mobile phone or at a kiosk – at one of the many machines in the area. Then water starts flowing from the tap. 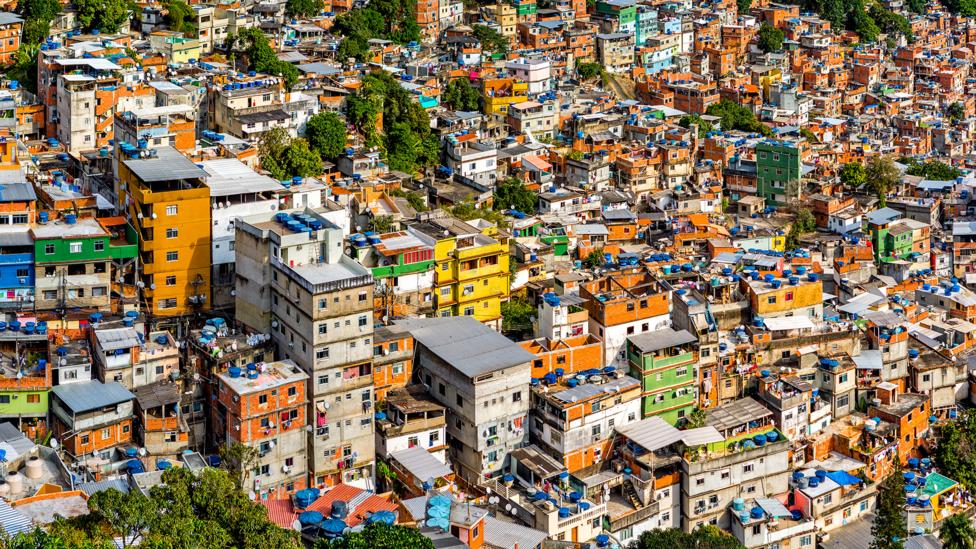 Slums can be improved to the point where they become safer places to live in (Credit: Getty Images)

The latest influx of investment isn’t limited to the absolute essentials. Entrepreneurs are lining up to sell many of the normal public services that you would expect in any residential area, such as electricity and the internet.

Finally, since health and emergency services are thin on the ground in many developing regions – in Kenya, there’s one doctor for every 6,355 people – there are even companies stepping in to provide DIY health and emergency services. These run the gamut from networks of fire alarms that warn neighbours when they’re at risk of a fire, to home delivery kits that reduce the risks for those women giving birth at home.

“I think there has been a change. What has become apparent is that cities need labour forces and that those people tend to live in informal settlements,” says Mitlin. In places where wages are low, people have no choice – slums are the only affordable option. But thanks to a band of extraordinary innovators and businesses, it seems as though their lives could get a tiny bit better.