Loading
Microbes and Me | Biology
Should you go vegan for the sake of your gut?
Share using EmailShare on TwitterShare on FacebookShare on LinkedinShare on Whatsapp 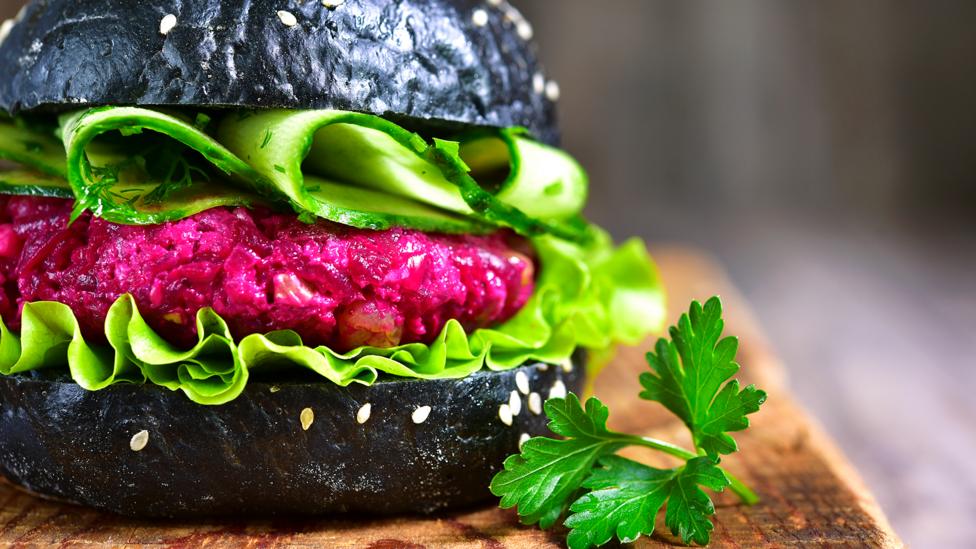 By Jessica Brown 1st March 2019
Giving up meat and dairy is promoted as having many health benefits. It may also play a crucial part in maintaining a healthy gut biome.

Around 10 years ago, Neil Potts, co-founder of vegan diner The Vurger Co, was working long hours in a stressful job when he started getting stomach pains.

They came on once every few weeks, and lasted around 12 hours each time, for the next five years, but tests didn’t find anything more than a “slightly inflamed stomach”.

Then Potts went on holiday to LA for a few weeks, and found himself eating healthier. He didn’t have much meat or dairy, either, which had previously made up a large part of his diet. His stomach pains disappeared, and when he returned to the UK, Potts embarked on a vegan diet, avoiding all foods animal-derived food, including meat, fish, eggs, dairy and honey.

“Aside from my stomach pain going away, I also noticed a massive difference in my overall fitness,” Potts says on the first few months of going vegan.

“I’d never felt healthier, I had more energy and better skin, and I couldn’t put the changes down to anything else. And I’m really not a miracle-cure kind of guy.”

Potts says the trip made him realise how much the food we eat can affect our guts. Of course, not everyone is intolerant to meat or dairy, but most of us have felt the effects our diet can have on our general wellbeing.

But our diet doesn’t just affect our guts in ways we can feel, as was the case with Potts. There is growing evidence it can also influence the structure and function of our microbiota, the trillions of bacteria living inside our guts, which can also impact our health. And some studies have found the vegan diet to be the healthiest. 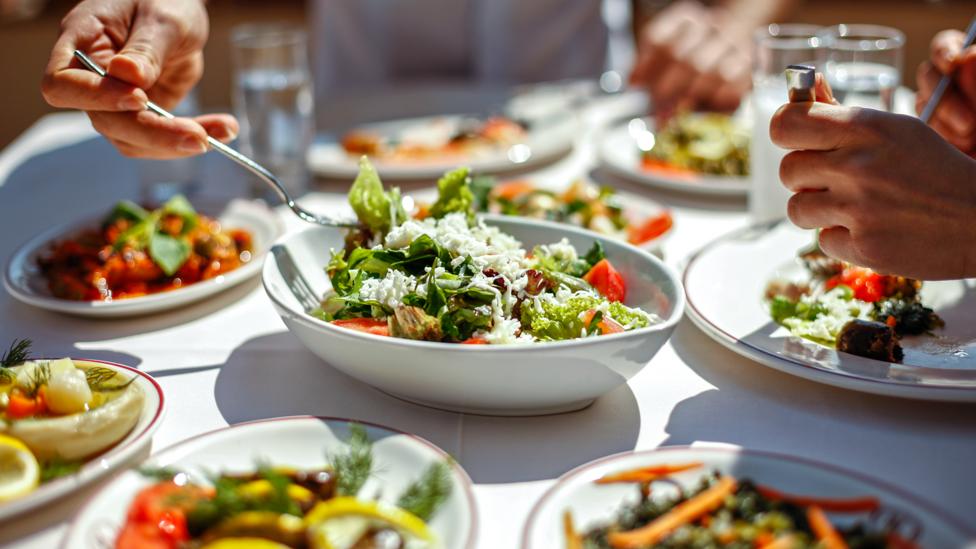 Some studies have found vegan diets to be the healthiest for our guts (Credit: Getty Images)

The vegan diet is typically classified as being lower in protein, calcium, saturated fat and salt. Since vegans have a more limited diet, it’s largely assumed what they eat is higher in dietary fibres, found in foods such as legumes, vegetables, nuts, seeds, fruits, and cereals, than an omnivore diet.

These foods are undoubtedly among the healthiest we can eat – and the emerging consensus is that, as a general rule, foods that are well established as good for our general health are also thought to also be the best for our microbiomes, too. But the effects of a vegan diet on our guts isn’t that straightforward.

Danilo Ercolini, professor of microbiology at the University of Naples, conducted a study which found most vegans and vegetarians, but only 30% of omnivores, had a diet comparable to the Mediterranean diet. That’s a diet high in legumes, vegetables and fruit foods, as well as exclusively using extra virgin olive oil, and low in cheese and sugar.

He found that closely following the Mediterranean diet was linked to higher levels of short chain fatty acids in a persons faeces. These molecules are widely regarded as being important for the health of the colon, and the rest of the body.

In follow-up research, Ercoloni found that polyphenols, the micronutrients found in some plant-based foods, are also useful for gut health, and have anti-inflammatory properties.

Many health issues, including irritable bowel syndrome (IBS), inflammatory bowel disease (IBD) and obesity, stem from inflammation, Ercolini says. Having anti-inflammatory activity going on in the gut can help prevent the onset and development of certain diseases.

Luca Cocolin, professor of agricultural microbiology at the University of Turin, Italy, has found in his research that vegetarians and vegans both had a set of metabolic pathways, which are reactions in cells, responsible for the function of the gut that omnivores didn’t. 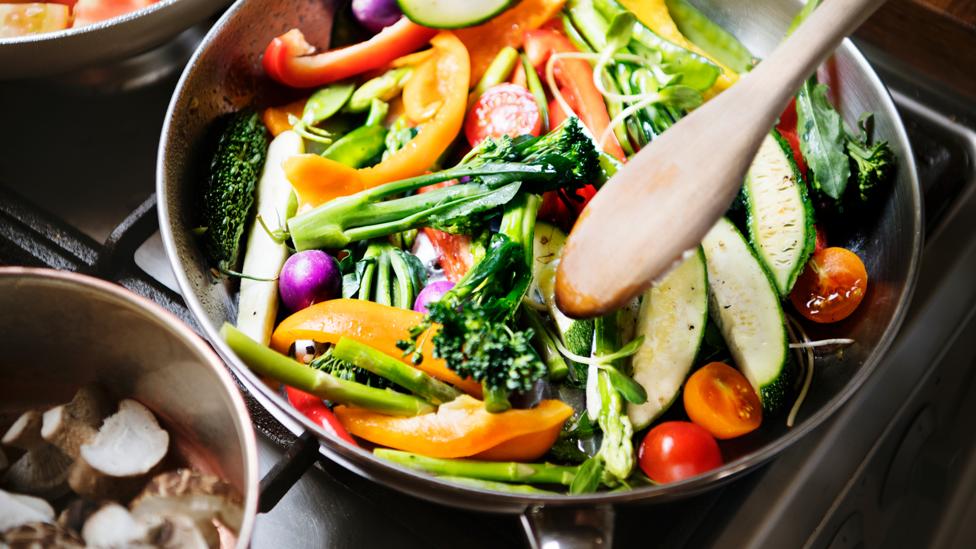 Some researchers say it is misleading to say a vegan diet is always the healthiest option (Credit: Getty Images)

Omnivores had functions addressing the metabolism of components of meat, but vegans had functions related to the mobility of microorganisms including flagellin, which he says may protect against diseases including cancer.

“I’m speculating, but a diet much more plant-based could help the development of functions that may protect from some disease, although I have no data yet to support this hypothesis,” he says.

The vagueness of veganism

Some researchers argue that it’s misleading to assume the vegan diet is always predominantly plant-based.

Ricci Antonia, director of science at the Italian animal health organisation Istituto Zooprofilattico Sperimentale delle Venezi, recently analysed the guts of long-term vegans and found no differences between them and people who ate non-vegan diets.

Ercolini argues that the vegan diet isn’t necessarily the healthiest

Antonia recruited more than 100 healthy people, a third of whom were vegetarian, a third vegan and a third omnivores, asked them to record what they’d eaten for two weeks, and took faecal samples from each of them to examine the diversity of their microbiome community.

She was surprised to find no differences in the number or variety of gut bacteria between the three groups. But when she looked at the different proportions of nutrients in their diets, she found that all three groups were consuming far more than their recommended daily intake of fats, and not enough protein or carbohydrates. She says this is typical for a Western diet, whether vegan, vegetarian or omnivore, and that this is probably why their gut microbiomes were so similar.

Ercolini argues that the vegan diet isn’t necessarily the healthiest. He also found in his study that many of the omnivores who had high adherence to the Mediterranean diet consumed fewer than three servings of animal protein per week. These omnivores had similar potential benefits for gut health in terms of microbiota and short chain fatty acids than the vegetarians and vegans whose diet resembled the Mediterranean diet. 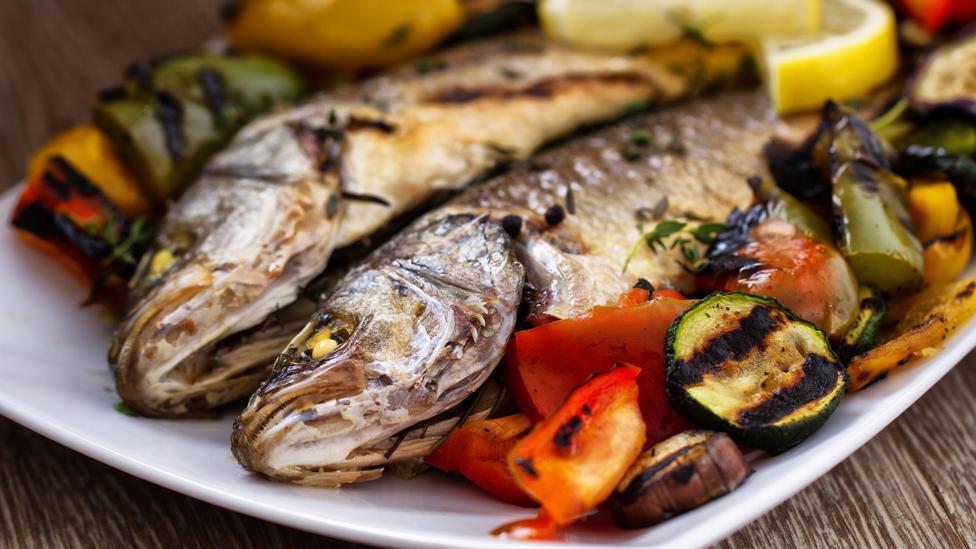 “For those who are vegan for health reasons, in my view they should rethink this, because it’s never good to be extreme in dietary choices,” he says.

“The more diverse our diets, the better. That way, you get all different types of fibre. You can still be an omnivore and eat plenty of vegetables and avoid unhealthy foods such as processed foods, especially of animal origin.”

Into the meat of it

Wendy Dahl, assistant professor in of food science and human nutrition at the University of Florida, has found that a high-protein diet containing red meat is associated with increased production of TMAO, a metabolite associated with heart disease that is produced by gut microbes and absorbed into the body. Some studies have found that people who consume a vegan diet have lower levels of TMAO.

The way a vegan diet can be particularly beneficial is if it contains large amounts of dietary fibre, argues Dahl. Dietary fibre isn’t digestible. Once it gets to the large intestine, it’s broken down by bacteria, and the products of this fermentation process can then be absorbed. The fermentation of carbohydrates, a source of fibre, produces short chain fatty acids. 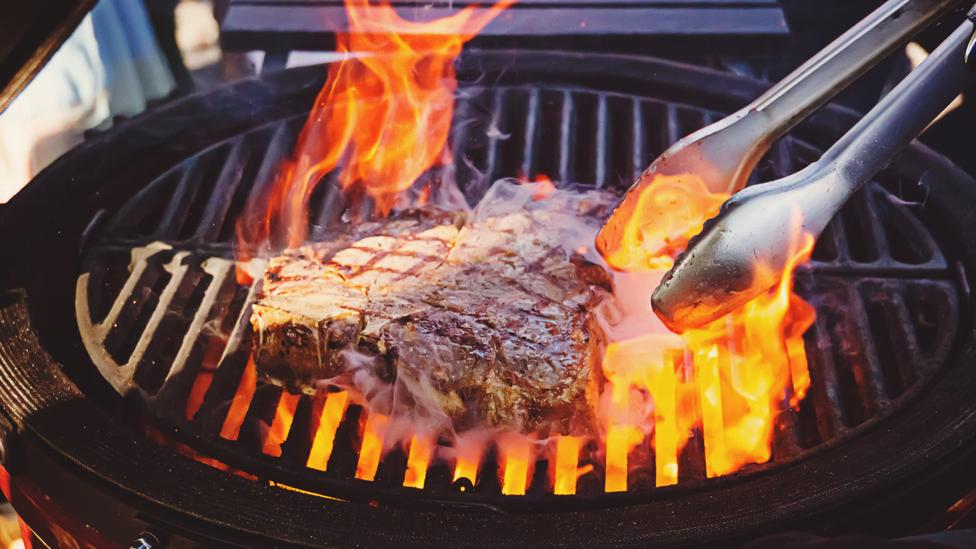 A high-protein diet containing meat, one study found, is linked to the production of a metabolite linked to heart disease (Credit: Getty Images)

“For people who eat a high-protein, low-fibre diet, the lack of fibre available for bacteria means they ferment whatever’s there, including protein,” Dahl says. “This produces other compounds that are inflammatory. You want to feed the bacteria fibre rather than protein.”

Gary Wu, professor of gastroenterology at the Perelman School of Medicine at the University of Pennsylvania, has also found no differences between the microbiota of vegans and omnivores, but higher amounts of metabolites in vegans’ blood.

He says that, while this could be because vegans tend to have a more plant-based diet, and are less likely to develop heart disease, it isn’t clear yet if any links between health and the gut microbiota are cause and effect.

“It’s a chicken-and-egg situation,” says Cocolin. “Researchers need to switch from observational to correlational studies. It’s complicated, but we need to reach a point where we demonstrate that a kind of activity in the gut is correlated with human health.”

If a vegan diet does cause any changes in the gut, these changes may only last as long as the person keeps up the diet

One issue comparing the health of long-term vegans with those following an omnivore diet is that a large number of vegans choose their diet for health reasons.

This means they’re more likely to engage on other healthy behaviours too, such as regular exercise and eating more fruits and vegetables, and less likely to smoke and drink, according to research, and the gut microbiome is also affected by these lifestyle factors.

There is also bad news for those omnivores and vegetarians who took part in Veganuary: if a vegan diet does cause any changes in the gut, these changes may only last as long as the person keeps up the diet. 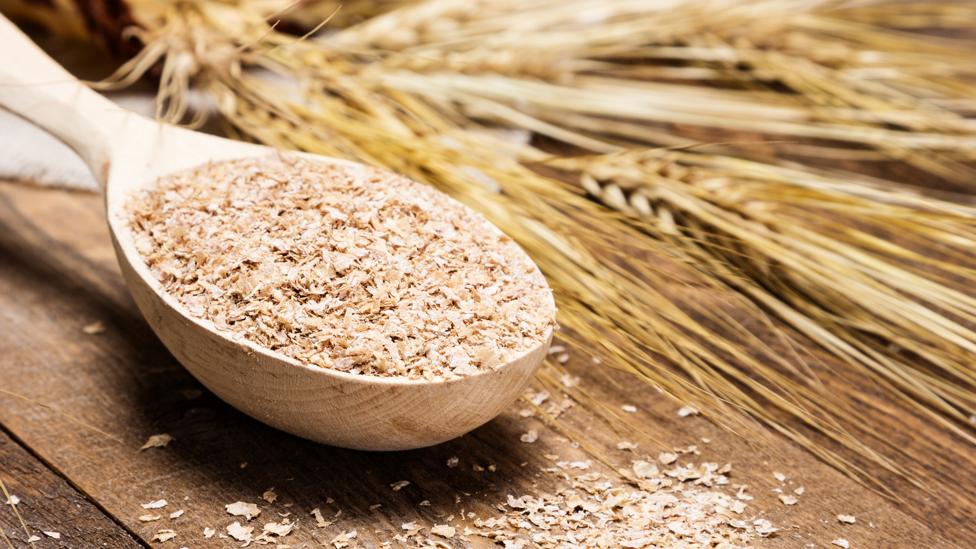 Switching to a vegan diet has been found to change the composition of our guts within 24 hours, but these changes could be reversed after just 48 hours of reintroducing the previous diet.

“Diet is a major component of our gut microbiota, but more by modulating gut bacteria than determining it,” Cocolin says.