Cognitive biases that ensured our initial survival now make it difficult to address long-term challenges that threaten our existence, like climate change. But they can help us too.

We know that climate change is happening. We also know that it’s the result of increased carbon emissions from human activities like land degradation and the burning of fossil fuels. And we know that it’s urgent.

A recent report from international climate experts tells us that we are likely to reach 1.5C of average global warming in as little as 11 years. At that point we can expect “increased risks to health, livelihoods, food security, water supply, human security and economic growth”. These experts also found that temperature rise has already altered human and natural systems in profound ways, resulting in more extreme weather, the melting polar ice caps, sea level rise, droughts, floods and biodiversity loss. 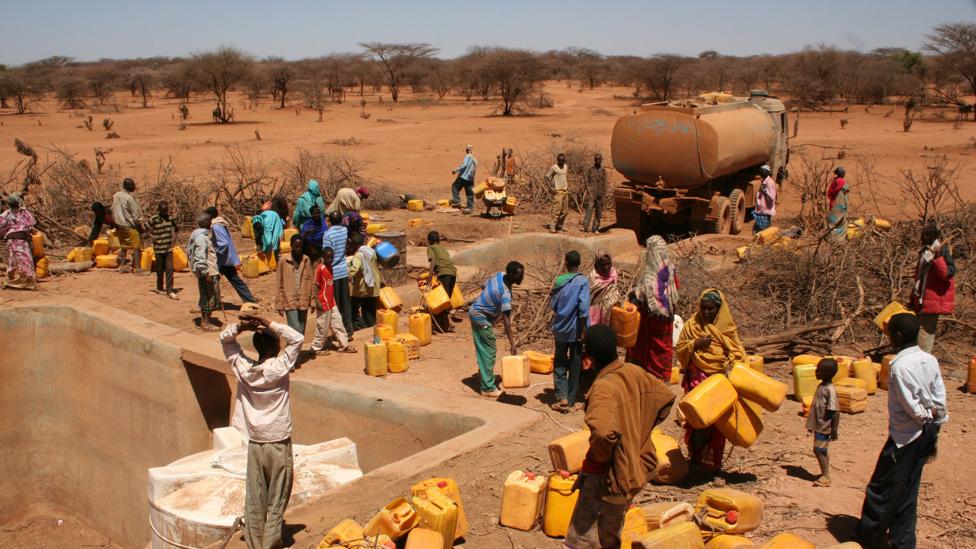 But that information hasn’t been enough to change our behaviours on a scale great enough to stop climate change. And a big part of the reason is our own evolution. The same behaviours that once helped us survive are, today, working against us.

You might also like:
• Ten simple ways to act on climate change
• The perils of 'short-termism': Humanity's greatest threat
• The wrong images to show climate change

We lack the collective will to address climate change because of the way our brains have evolved over the last two million years.

“We have evolved to pay attention to immediate threats. We overestimate threats that are less likely but easier to remember, like terrorism, and underestimate more complex threats, like climate change.”

In early phases of human existence we faced an onslaught of daily challenges to our survival and ability to reproduce – from predators to natural disasters. Too much information can confuse our brains, leading us to inaction or poor choices that can place us in harm’s way.

As a result, our brains evolved to filter information rapidly and focus on what is most immediately essential to our survival and reproduction. We also evolved to remember both threats, so that they could be avoided in the future, and opportunities, so we could easily recall where to find sources of food and shelter.

These biological evolutions ensured our capacity to reproduce and survive by saving our brains time and energy when dealing with vast amounts of information. However, these same functions are less useful in our modern reality and cause errors in rational decision-making, known as cognitive biases. “Cognitive biases that ensured our initial survival make it difficult to address complex, long-term challenges that now threaten our existence, like climate change,” says Seyle. 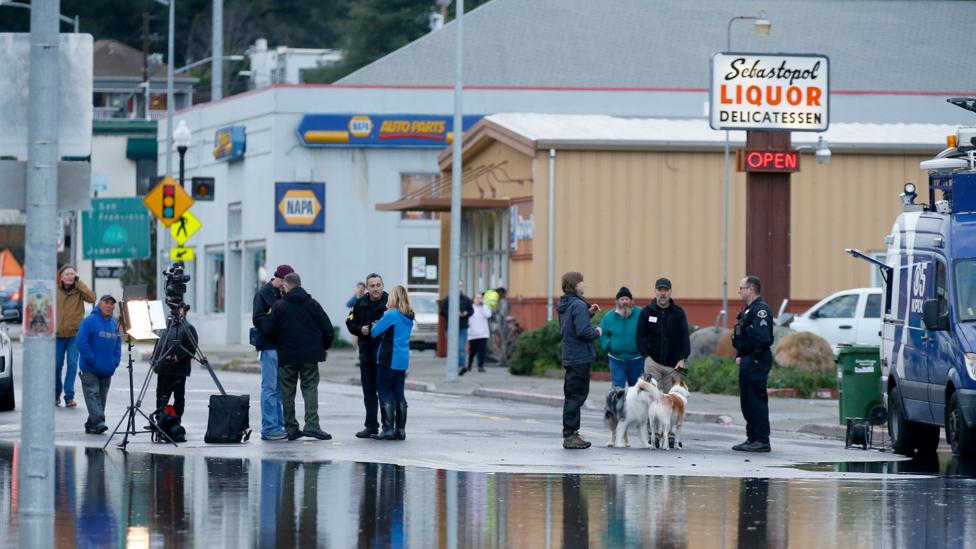 Flooding in Sebastopol, California in late February 2019. We’ve evolved to focus on immediate threats at the expense of longer-term crises (Credit: Getty)

Psychologists have identified more than 150 cognitive biases we all share. Of these, a few are particularly important in explaining why we lack the will to act on climate change.

These cognitive biases evolved for good reason. But they’re now hamstringing our ability to respond to what could be the largest crisis humanity has ever created or had to face.

The good news is that our biological evolution hasn’t just hindered us from addressing the challenge of climate change. It’s also equipped us with capacities to overcome them.

Take our capacity for mental “time travel”. Compared to other animals, we are arguably unique in the degree to which we can recall past events and anticipate future scenarios. 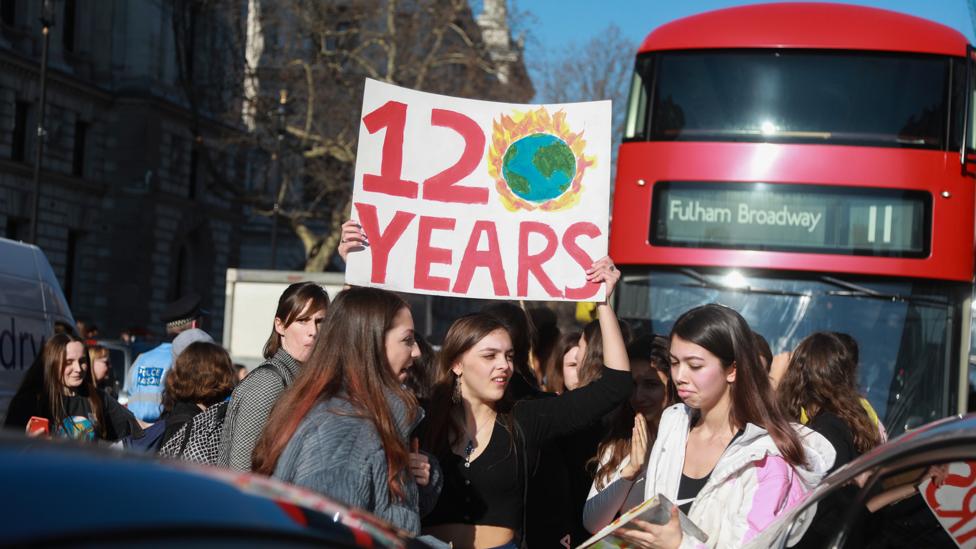 UK students went on strike in February 2019 in protest of climate change inaction. Our ability to anticipate future scenarios is a capacity that sets humans apart (Credit: Getty)

We can imagine and predict multiple, complex outcomes and identify actions needed in the present to achieve desired outcomes in the future. And individually we often prove able to act on these plans. We invest in retirement accounts and buy insurance, for example, as ways to counter our short-term interests over the long-term.

Unfortunately, this capacity to plan to ensure a future outcome breaks down when large-scale collective action is needed – as is the case with climate change. As individuals, we know what we can do about climate change. But addressing the issue also requires collective action on a scale that exceeds our evolutionary capacities. The larger the group, the more challenging it gets. Remember the bystander effect?

But in small groups, it’s a different story.

As primates, we evolved to work cooperatively to defend territory and sustainably harvest food and resources for the group, all while ensuring enough genetic diversity to procreate. Anthropological experiments show us that, on average, any one individual can maintain stable relationships with 150 other people – a phenomenon known as “Dunbar’s number”. Beyond that social relationships begin to break down, undermining an individual’s ability to trust and rely on the actions of others to achieve collective long-term goals.

Recognising the power of small groups, Exposure Labs, the film company behind Chasing Ice and Chasing Coral, is using its films to mobilise communities to take local action on climate change. For example, in South Carolina, a US state rife with leaders who deny climate change, Exposure Labs shows a film to get a conversation started, inviting people from various interest groups – like the agricultural, fisheries, and tourism industries – to talk about how climate change affects them personally. They then work these small groups to identify practical actions that can be taken immediately at the local level to make an impact – something that helps generate the political pressure necessary to compel lawmakers to pass relevant local or state-wide legislation. When local communities shape the narrative around individual interests, people are less likely to succumb to the bystander effect and more likely to engage.

These approaches use a couple of other psychological strategies, too. First, when small groups are involved in coming up with solutions themselves, they experience the endowment effect: when we own something (even an idea), we tend to value it more. Second, social comparison: we tend to evaluate ourselves by looking at others. If we’re surrounded by other people in a group who are taking action on climate change, we’re more likely to do the same. This is also the impetus behind programmes like comparing energy consumption from household to household in a community. Research shows that when people compare their energy use with their neighbours’ via statements on their energy bills they are more likely to reduce energy consumption.

Of all our cognitive biases, however, the framing effect is one of the strongest affecting our decision-making processes. Humans are more likely to change behaviour when challenges are framed positively, instead of negatively. In other words, how we communicate about climate change influences how we respond. People are more likely to act in relation to a positive frame (“a clean energy future will save X number of lives”) versus a negative statement (“we’re going to go extinct due to climate change”). 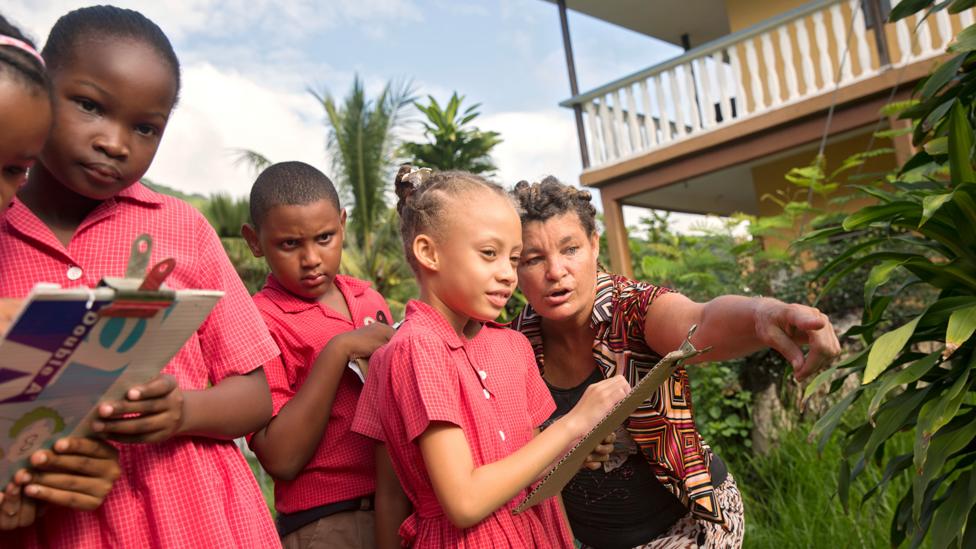 Seychelles schools offer clubs which teach children about sustainability. We're more likely to take climate action if we’re around other people who are (Credit: Creative Commons)

“Most people believe that climate change is real, but feel powerless to do something about it in the face of consequences that feel far away from home,” says Exposure Labs managing director Samantha Wright. “So to get people to act, we need to make the issue feel direct and personal by focusing the issue locally, pointing both to local impacts and local solutions: like moving one's city to 100% renewable energy.”

Similarly, behaviour change must be incentivised at the local level. One nation leading the way has been Costa Rica, which put in place an innovative carbon tax on fuel back in 1997. To emphasise the connection for taxpayers between fuel use and benefits to their own communities, part of the revenue goes to pay farmers and indigenous communities to protect and regrow Costa Rica’s tropical forests. Costa Rica’s system “now generates $33 million annually for these groups and has helped the country reverse their forest loss while growing and transforming their economy,” says Carlos Manuel Rodriguez, Costa Rica’s Minister of Environment and Energy. In 2018, 98% of electricity used in the country came from renewable energy sources. 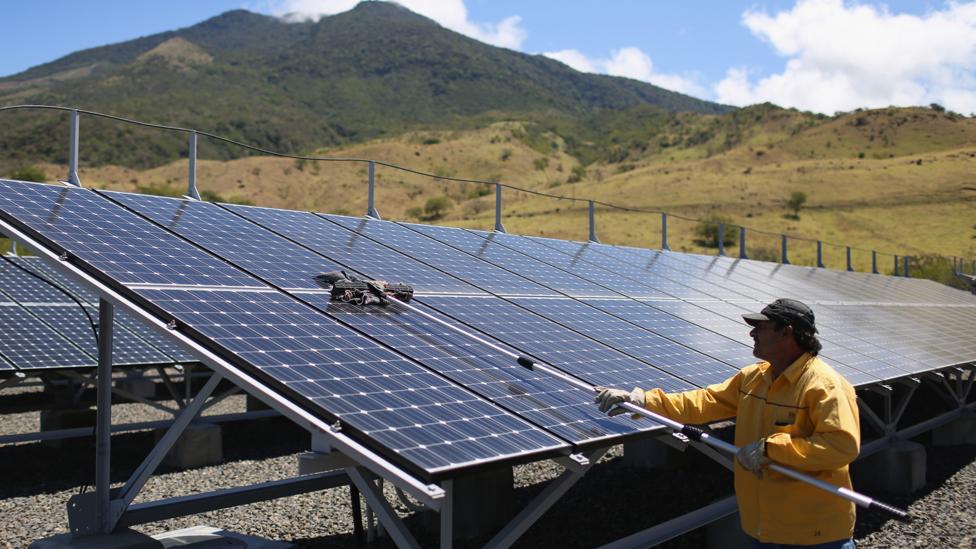 Rodriguez says the country is going even further; they’ve announced a goal to be carbon neutral by 2050, an effort which will include a bus fleet that is 70% electric by 2035 and cutting the number of cars used in cities in half by 2040. The key has been having a large-scale, organised effort – but one supported and understood by hundreds of smaller groups and communities.

At a larger scale, the Paris Agreement and the EU’s 2050 carbon neutrality plan play a similar role, creating a common climate change action framework for countries, cities, towns and the private sector. “The EU’s 2050 carbon neutral plan is what’s needed at the global level to generate enough momentum, awareness and action, more importantly, it sets an example that can be matched and replicated by others,” says Patricia Zurita, CEO of BirdLife International, a global partnership of bird conservation organisations.

Above all, the most helpful trait we’ve evolved to have is our ability to innovate. In the past, we used this skill to discover fire, invent the wheel or plant the first fields. Today, it may look more like solar panels, wind farms, electric vehicles and carbon pricing. Along with innovation, we’ve evolved to have the communication and technology to pass these innovations on, allowing a single idea or invention to spread far beyond our own family or town.

From mental time travel to cooperative social behavior to our abilities to innovate, teach and learn, all of these evolutionary consequences always have helped us secure our own survival, and they will continue to do so – albeit in the face of a very different threat than we had in our hunter-gatherer days.

We have evolved to be able to stop human-induced climate change. Now we must act.

Dr Matthew Wilburn King is an international consultant and conservationist based in Boulder, Colorado and the president and chairman of the COMMON Foundation. Connect with him on Facebook or LinkedIn.