Limbering up before and stretching after exercise might seem sensible, but there are some other more surprising ways of improving your performance.

They can be seen in city streets and parks all over the world, aggressively leaning against trees or propping their legs up on benches. It seems that most runners love a good stretch. Whether they do this before or after they have exercised, however, is still hotly debated in the running circles – some believe it is the best way to warm up cold muscles, while others insist stretching once already warm delivers the most benefits.

But they might all be doing it wrong if a new analysis of the science behind running is to be believed. All that comical bending and limbering may have no impact on a running performance at all.

You might also like:
• The power of our hidden senses
• What happens when the food runs out?
• How meal times affect your waistline

It is one of a set of “rules for running” compiled by a group of scientists at the University of California, Santa Barbara after they analysed 70 studies on running and performance. They produced what is known as a “scientific synthesis” of tips for how runners can improve their performance.

“Some of the findings we came across were really surprising and others confirm what many runners will already know,” says Chris Lortie, a biologist at The National Center for Ecological Analysis and Synthesis in Santa Barbara who led the analysis and an amateur runner himself. “But we are not trying to say this is how people should train. 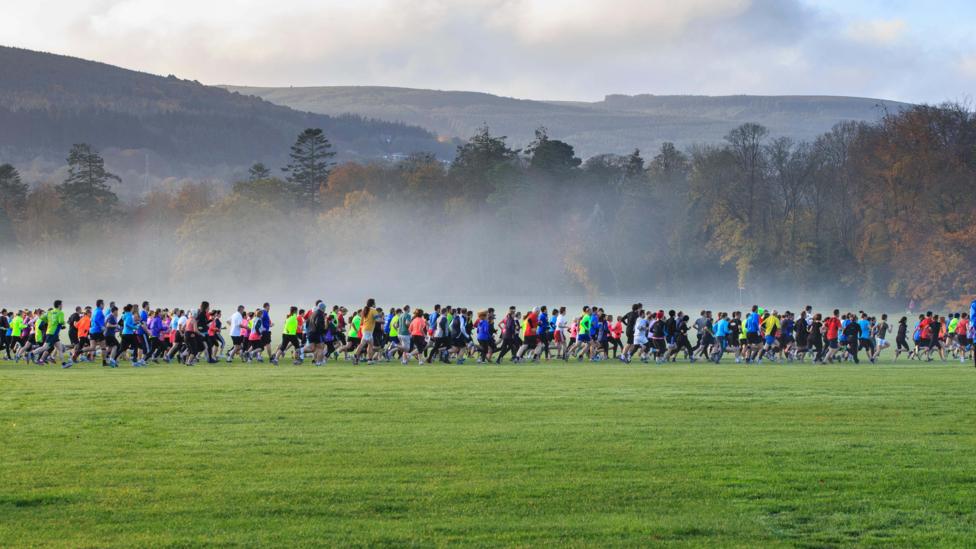 Running has increased in popularity in recent years, particularly among those taking part in organised non-competitive events (Credit: Alamy)

"Everyone needs to look at their individual outcomes, what they are trying to achieve and apply what works for them. People run for all sorts of reasons – some do it to stay fit, others want to win medals and some do it because they just want to get outside.”

Running has seen an increase in popularity in recent years with record numbers applying to enter events like the London Marathon and the New York City Marathon. Nearly 18.3 million people took part in organised road races in the USA in 2017, while more social running events like the UK’s Parkruns now attract more than three million participants.

Few of these people, however, can afford expensive coaches or training advice, relying instead upon the mishmash of information available in running magazines and online.

“This is what made me decide to apply the kind of analysis I use for big ecological problems, like the effects of climate change, to running,” says Lortie, who is also a biology professor at York Univesity in Toronto.

Some of the more surprising “rules” – they consider them more guidelines than hard rules – that he and his colleagues came up with are:

Use cooling to increase endurance

For most runners, the idea of cooling down before going on a run seems to make little sense. The perceived wisdom is that it is better to warm up first to reduce the risk of injury and to get your muscles working at an optimal level. But Lortie and his colleagues found that a bit of pre-race cooling can actually have a positive impact in long distance running.

“It would seem to make sense that you want to warm the muscles up to improve performance,” says Lortie. “But if you put ice on the back of your neck, it can trick the body into thinking you are cool. You never want to ice your muscles, but putting it on your skin lets you work out harder as your body thinks its core temperature has gone down rather than up while you are running.” 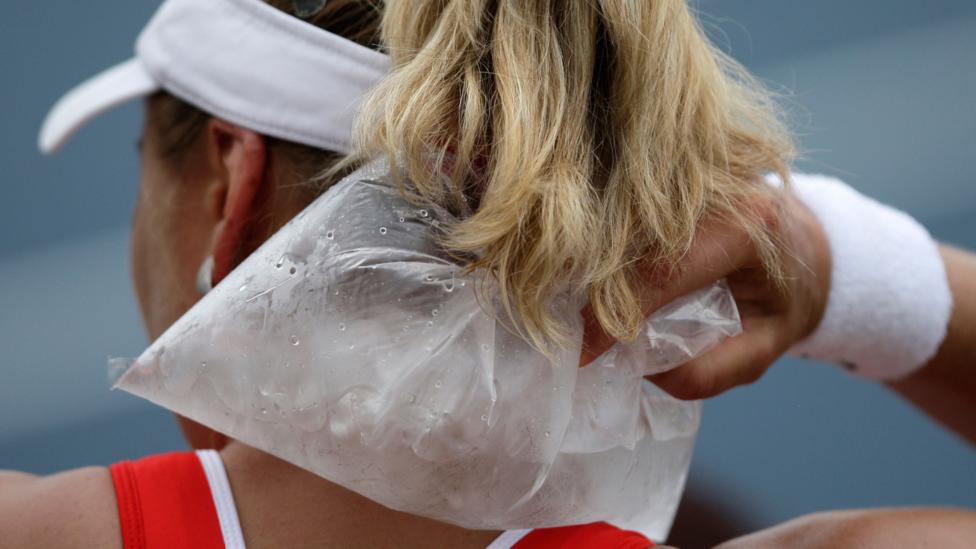 Icing the skin on your neck can help to trick the brain into thinking your body is cooler than it is, allowing you to push that little bit harder during a run (Credit: Alamy)

Pre-cooling in this way essentially creates a buffer that enables athletes’ bodies to do more work for longer before it starts to overheat. The exact mechanism for why this works is not completely understood, but there are a number of theories. One is that it delays the natural safeguards that dial back muscle activity in response to overheating from kicking in.

Another theory suggests that cooling may reduce lactic acid build up, which can increase at higher temperatures.

Unfortunately for those runners who prefer sprinting, however, the evidence did not show that the same trick could improve their performance. Instead it tends to work in situations where athletes are engaging in prolonged periods of exercise.

Stretching has become almost a performance in itself for anyone engaging in exercise, but few of us have probably stopped to ask what we are doing it for. While it can help to improve flexibility, Lortie’s analysis suggests that if you are stretching in the hope gaining boosts in performance during your run, you are wasting your time.

“This was a huge surprise,” says Lortie. “It is an accepted thing that you do some stretches after you have exercised – you see all these people doing it in parks and it looks absurd. But from a performance point of view, there is no benefit, it is not going to make you run faster or better. 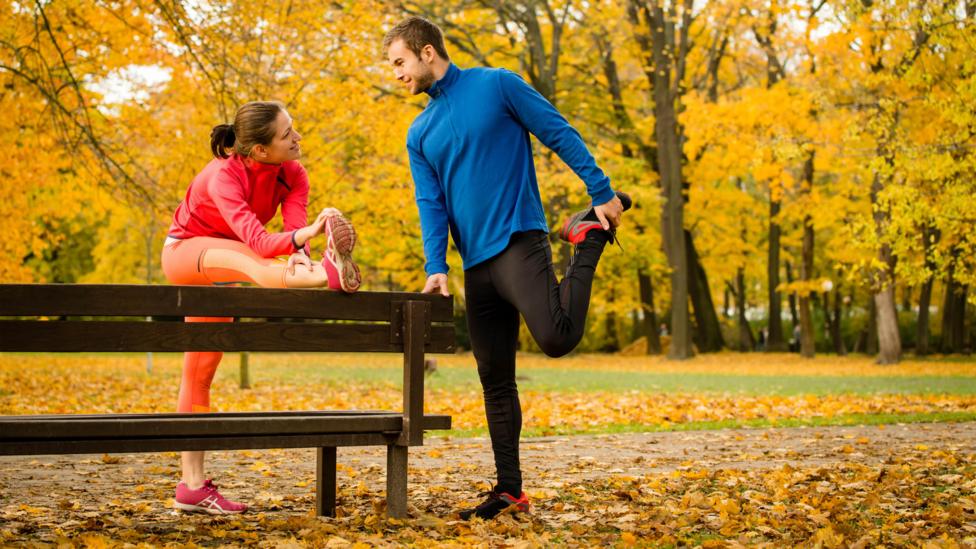 Many runners stretch before or after their run but while it may increase their flexibility it does little to improve performance (Credit: Alamy)

“A lot of professional coaches think that getting all loosey-goosey – when your limbs are all over the place – may make it more likely that you will injure yourself. You want to be like one of those tight, robotic runners from that point of view. It only seems to make sense to stretch if you are recovering from an injury as it helps the muscle fibres elongate as they heal.”

Professional sprinters know this one already, but plyometric exercises, or jump training, helps muscles exert a maximum force in a short space of time. The studies that Lortie and his team looked at showed that doing 10 weeks of at least 15 sessions per week of 80 high-intensity jumps could increase sprint speeds.

“This is a lot of jumping,” says Lortie. “But it gives your muscles the ability to suddenly be explosive and turn it on.”

For most of us, a recovery day might involve relaxing in front of the television or spending some time in the pub with some friends. For anyone wanting to improve their running, however, Lortie has some bad news.

“This was the one that probably most interesting for the researchers and coaches I work with,” he says. “There was one study where they had a very high number of cross-country skiiers who were competing and training. They told half to go enjoy the next couple of days in the chalet and the other half did some light jogging or workouts on the treadmill. The next day those that had done the light work outs absolutely crushed it relative to those who sat in the lodge. 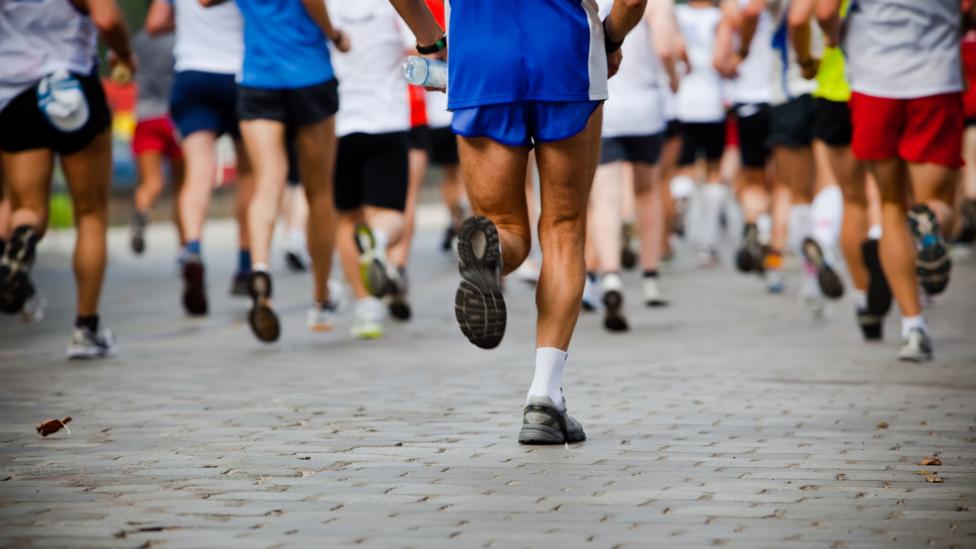 It might not seem logical but reducing the amount of training you do before a race can increase your performance on the day (Credit: Alamy)

“It is something all of us could do a bit differently, regardless of our training levels. Try to plan a little active recovery rather than passive recovery.”

At first it might make little sense to reduce your training before a competitive event, but tapering can bring huge increases in performance, according to the studies that Lortie looked at. The studies he examined showed that reducing training volume two weeks before an event could bring a 41-60% increase in performance on average.

“A lot of training programmes for marathons, for example, recommend cutting down your mileage in the last two weeks,” he say. “For a lot of people that is going to seem counterintuitive, but the research really shows it can bring a big increase in performance.

It is perhaps important to remember that not all runners are going to see a 40% increase in their performance, but on average there does seem to be this kind of increase.”

Get a goal-centred mental state

“This is often the secret sauce that a lot of people who are do sport are missing,” says Lortie. “It’s about keeping your eye on the prize throughout the suffering. Once you lose that, it is all over. There are a lot of physical things that you can do, you can get all the right equipment but unless you have the right mental state, you will never give your best performance.” 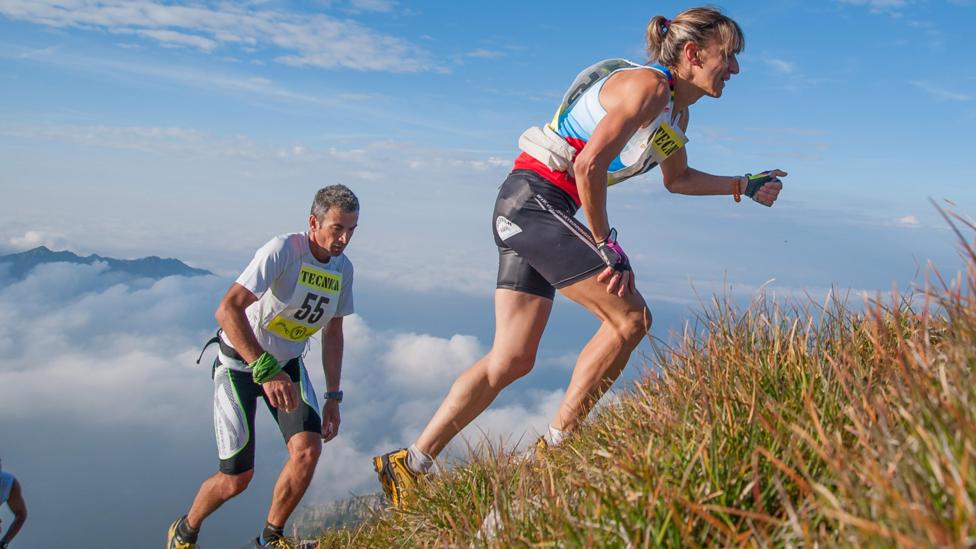 Running at altitude can help to increase endurance as it trains the body to work with lower levels of oxygen (Credit: Alamy)

For those just starting out running he recommends picking small, achievable goals that can help you push that little bit harder during a run.

“I pick a tree or something else that I am going to run to and when I reach it pick another one,” he says. “In a race I might pick someone ahead of me who I am going to try to keep up with and it has made me run far faster than I ever could when training.”

This sort of goal-centred thinking has implications outside the world of running too.

“Being mindful of your goals and outcomes is probably a good exercise in life whatever your endeavour is,” Lortie adds.