The air we breathe could be changing our behaviour in ways we are only just beginning to understand.

* This story is featured in BBC Future’s “Best of 2019” collection. Discover more of our picks.

In the future, police and crime prevention units may begin to monitor the levels of pollution in their cities, and deploy resources to the areas where pollution is heaviest on a given day.

This may sound like the plot of a science fiction movie, but recent findings suggest that this may well be a worthwhile practice. 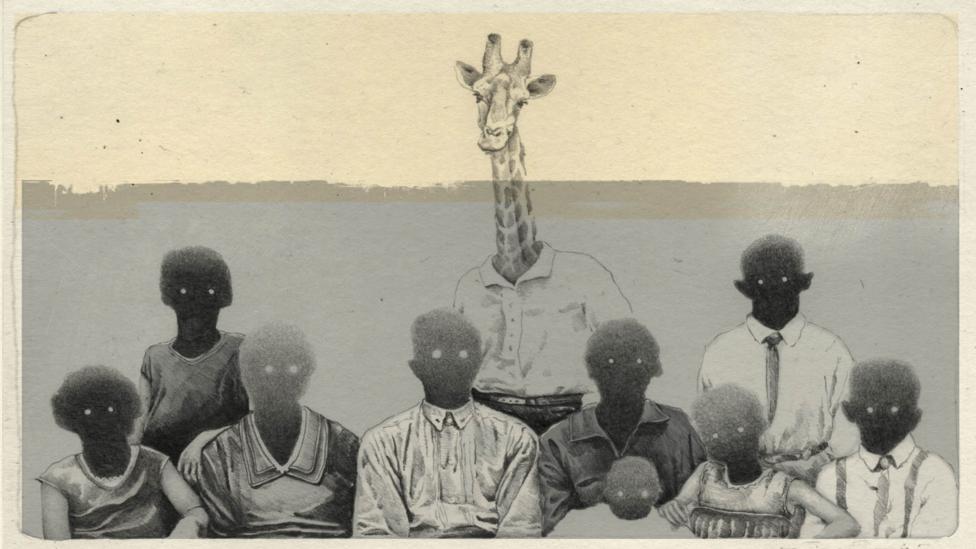 These findings are all the more alarming, given that more than half of the world’s population now live in urban environments – and more of us are travelling in congested areas than ever before. Staggeringly, the World Health Organization says nine out of 10 of us frequently breathe in dangerous levels of polluted air. (Learn about how nanoparticles in the air could be adding to the harm.)

Air pollution kills an estimated seven million people per year. But could we soon add murder figures into this too?

How dirty air is polluting our minds

Watch our animated version on BBC Reel: How dirty air is polluting our minds

It was in 2011 that Sefi Roth, a researcher at the London School of Economics was pondering the many effects of air pollution. He was well aware of the negative outcome on health, increased hospital admissions and also mortality. But maybe, he thought, there could be other adverse impacts on our lives.

To start with, he conducted a study looking at whether air pollution had an effect on cognitive performance.

Roth and his team looked at students taking exams on different days – and also measured how much pollution was in the air on those given days. All other variables remained the same: The exams were taken by students of similar levels of education, in the same place, but over multiple days.

He found that the variation in average results were staggeringly different. The most polluted days correlated with the worst test scores. On days where the air quality was cleanest, students performed better.

“We could see a clear decline [of performance] on days that were more highly polluted,” says Roth. “Even a few days before and a few days after, we found no effect – it’s really just on the day of the exam that the test score decreased significantly.”

To determine the long-term effects, Roth followed up to see what impact this had eight to 10 years later. Those who performed worst on the most polluted days were more likely to end up in a lower-ranked university and were also earning less, because the exam in question was so important for future education. “So even if it’s a short-term effect of air pollution, if it occurs in a critical phase of life it really can have a long-term effect,” he says. In 2016 another study backed up Roth’s initial findings that pollution can result in reduced productivity.

These insights are what led to Roth’s most recent work. In 2018 research his team analysed two years of crime data from over 600 of London’s electoral wards, and found that more petty crimes occurred on the most polluted days, in both rich and poor areas.

Although we should be wary of drawing conclusions about correlations such as these, the authors have seen some evidence that there is a causal link.

Wherever the cloud of pollution travels, crime increases

As part of the same study, they compared very specific areas over time, as well as following levels of pollution over time. A cloud of polluted air, after all, can move around depending which direction the wind blows. This takes pollution to different parts of the city, at random, to both richer and poorer areas. “We just followed this cloud on a daily level and see what happened to crime in areas when the cloud arrives… We found that wherever it goes crime rate increases,” he explains.

Importantly, even moderate pollution made a difference. “We find that these large effects on crime are present at levels which are well below current regulatory standards.” In other words, levels that the US Environmental Protection Agency classifies as “good” were still strongly linked with higher crime rates. 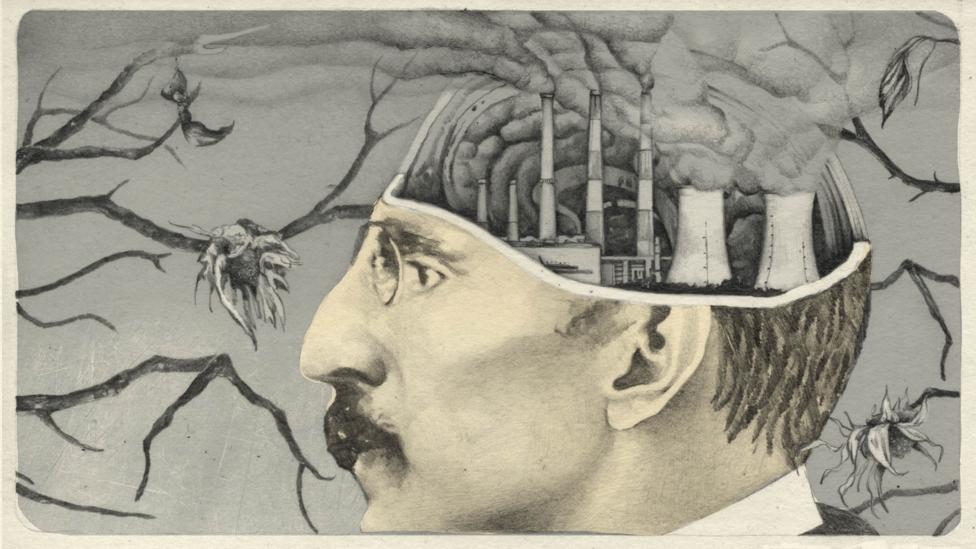 While Roth’s data didn’t find a strong effect on the more serious crimes of murder and rape, another study from 2018 has shown a possible link. The research, led by Jackson Lu of MIT examined nine years of data and covering almost the entire US in over 9,000 cities. It found that “air pollution predicted six major categories of crime”, including manslaughter, rape, robbery, stealing cars theft and assault. The cities highest in pollution also had the highest crime rates. This was another correlational study, but it accounted for factors like population, employment levels, age and gender – and pollution was still the main predictor of increased crime levels.

Further evidence comes from a study of “delinquent behaviour” (including cheating, truancy, stealing, vandalism and substance use) in over 682 adolescents. Diana Younan, of the University of Southern California, and colleagues looked specifically at PM2.5 – tiny particles 30 times smaller than the width of a human hair – and considered the cumulative effect of exposure to these pollutants over a period of 12 years. Once again, the bad behaviour was significantly more likely in areas with greater pollution.

To check the link couldn’t simply be explained by socioeconomic status alone, Younan’s team also accounted for parental education, poverty, the quality of their neighbourhood, and many other factors, to isolate the effect of the microparticles compared to these other known influences on crime. 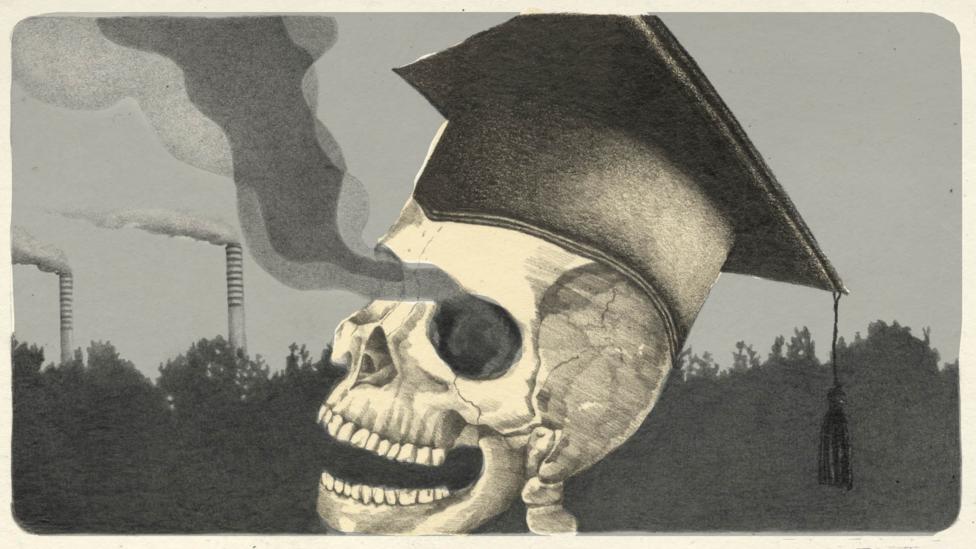 Younan says that her findings are especially worrying as we know that how an individual behaves during adolescence is a strong predictor of how they will behave as an adult. Delinquent individuals are more likely to perform worse at school, experience later unemployment and are more prone to substance abuse. This means that an intervention at an early age should be a priority.

Exposure to various pollutants can cause inflammation in the brain

There are many potential mechanisms that might explain how air pollution affects our morality.

Lu, for instance, has shown that the mere thought of pollution can influence our psychology through its negative associations.

Naturally, the researchers were unable to physically expose participants with pollution, so they took the next best (ethically approved) step. They showed both US and Indian participants photos of an extremely polluted city, and asked them to imagine themselves living there. “We made them psychologically experience the effects of pollution,” Lu explains. “…then asked them to really imagine living in this city, and how they would feel and how their life would be living in this environment, to make them psychologically experience air pollution versus a clean environment.”

He found that the participant’s anxiety increased, and they became more self-focussed – two responses that could increase aggressive and irresponsible behaviours. “As a self-protection mechanism we all know that when we are anxious we are more likely to punch someone in the face, than when we are calm,” says Lu. “So, by elevating peoples’ anxiety, air pollution can have a detrimental effect on behaviour.” (Read more about how city life affects your health and happiness.)

When we are anxious we are more likely to punch someone in the face, than when we are calm

Across further experiments, the team showed that participants in the “polluted” conditions were more likely to cheat on several tasks and overrate their performance in order to get rewards. 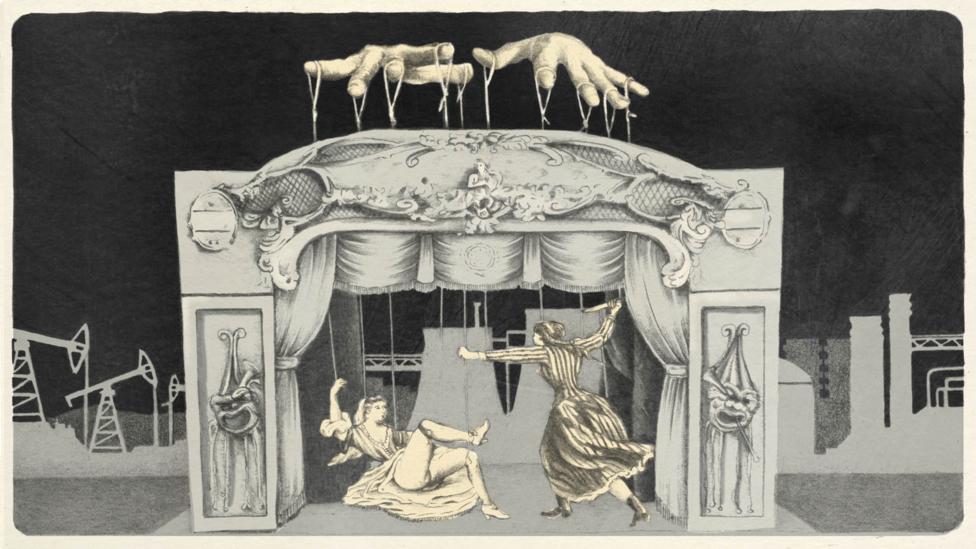 This research is just the start, and there could be many reasons for these effects besides the increased anxiety and self-focus that Lu describes – including physiological changes to the brain. When you breathe in polluted air, for example, it affects the amount of oxygen you have in your body at a given moment – and that in turn, can result in reduced “good air” going to your brain. It can also irritate the nose, throat, cause headaches – all of which can lower our concentration levels.

It’s also clear that exposure to various pollutants can cause inflammation in the brain and can damage brain structure and neural connections. “So what could be happening is that these air pollutants are damaging the pre-frontal lobe,” says Younan. This is the very area important for controlling our impulses, our executive function and self-control.

Besides elevating crime, that might also bring about a serious decline in mental health. A March 2019 study even showed that teenagers exposed to toxic, polluted air are at a higher risk of psychotic episodes, such as hearing voices or paranoia. Lead researcher Joanne Newbury, from King’s College London, says she cannot yet claim that her results are causal, but the findings are in line with other studies suggesting a link between air pollution and mental health. “It does add to evidence linking air pollution to physical health problems and air pollution link to dementia. If it’s bad for the body, it’s to be expected that it’s bad for the brain,” she says. 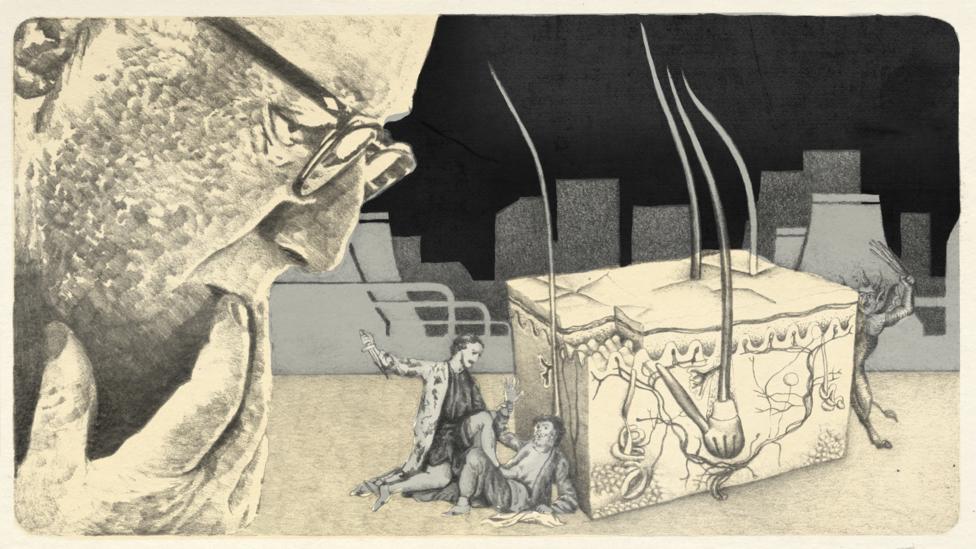 Those in the field say that there now needs to be greater awareness of the impact of pollution, along with the well-established effect on our health. “We need more studies showing the same thing in other populations and age groups,” says Younan.

Fortunately, we do have some control over just how much pollution we are exposed to day-to-day. We can be proactive and look up the air quality around us on a given day. Monitors highlight the days it is most dangerous, and when it is lowest. “If it’s dangerous I wouldn’t suggest going for a run outside, or do your work indoors,” says Younan.

While many countries are waiting for stricter legislation or government intervention to curb pollution, some places have taken positive steps. Take California, where regulation has resulted in less pollution, and interestingly, also less crime. Though promising, Younan stresses that we don’t yet know if this is coincidence or not. Meanwhile in London, from 8 April 2019 there will be a new “ultra low emission zone” which has stricter emission standards with an additional £12.50 ($16.30) daily charge for “most vehicle types” on top of the existing £11.50 congestion charge. A greater number of greener busses are also being phased in under the “cleaner air for London” initiative. 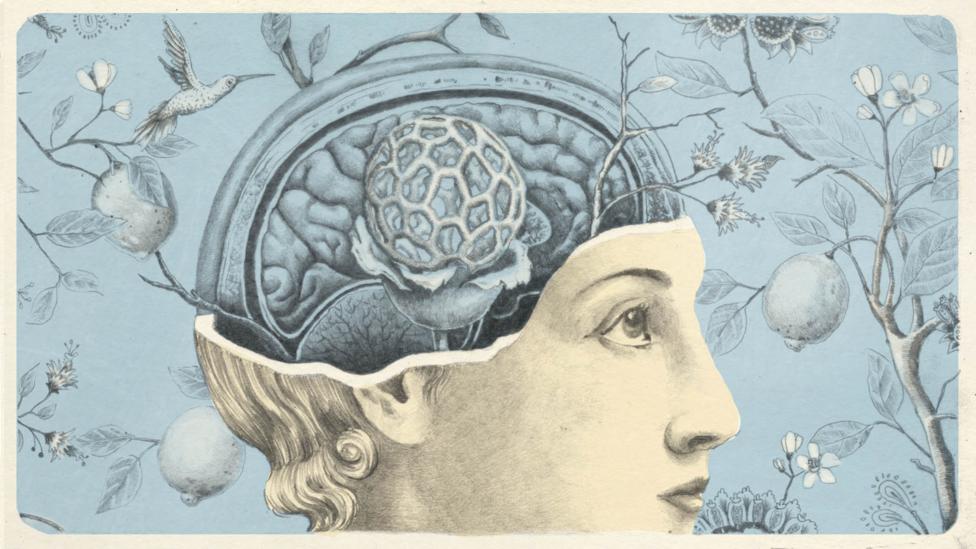 “We are doing a fairly good job in cutting pollution in many countries, but we should do more,” says Roth. “It’s not necessarily just government. But it’s also you and I. When we think about what we want to buy, how to get to places, we all affect the environment and we need to be more aware of that and make more informed decisions of what we do.”

Roth remains hopeful that rising pollution is something that is in our control to solve, but until we do we need to make people more aware of the issues.

If we all begin to monitor pollution levels ourselves, we then might start making it a habit to avoid certain activities, like outdoor sports, or even commuting on the most polluted days. Our bodies, brains, and behaviours will benefit.

Melissa Hogenboom is editor of BBC Reel. Her film on the same topic can be seen here, she is @melissasuzanneh on Twitter.