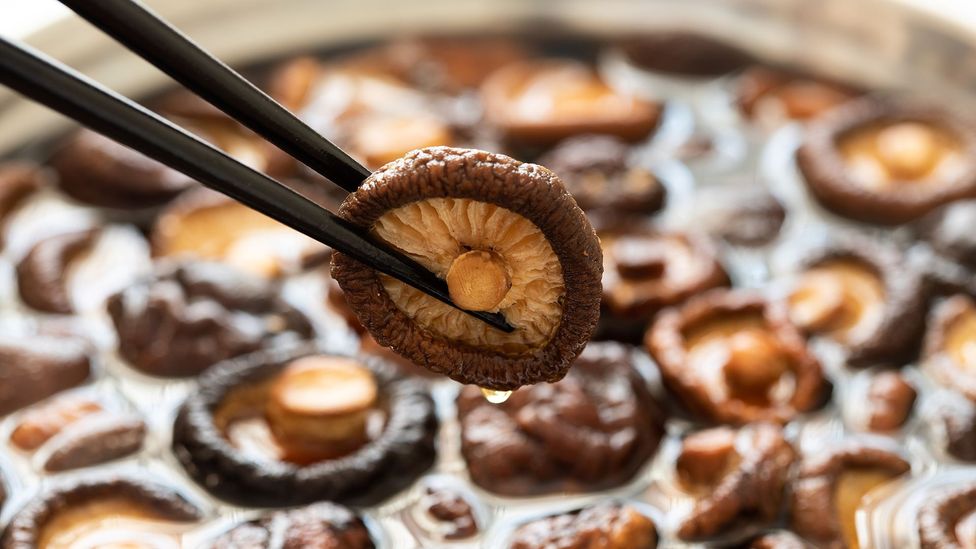 Kikunae Ikeda had been thinking a lot about soup.

The Japanese chemist had been studying a broth made from seaweed and dried fish flakes, called dashi. Dashi has a very specific flavour – warm, tasty, savoury – and through laborious, lengthy separations in a chemistry lab, Ikeda had been trying to isolate the molecules behind its distinctive taste. He felt sure that there was some connection between a molecule’s shape and the flavour perception it produced in humans.

But as it was just a few years past the turn of the 19th Century, there was not yet a great deal of evidence to support the idea.

Eventually, Ikeda did manage to isolate an important taste molecule from the seaweed in dashi: the amino acid glutamate, a key building block of proteins. In a 1909 paper, the Tokyo Imperial University professor suggested that the savoury sensation triggered by glutamate should be one of the basic tastes that give something flavour, on a par with sweet, sour, bitter, and salt. He called it “umami”, riffing on a Japanese word meaning “delicious”.

It cannot be said that at the time his idea was met with thunderous applause from colleagues around the globe. For one thing, Ikeda’s paper remained in Japanese (it was eventually translated into English in 2002). Also, umami taste behaves a bit differently from the others. It does not get stronger linearly with higher levels of glutamate and other substances that trigger it, the way that sweetness does.

“The two are completely different types of tastes,” Ikeda notes in his paper. “If these substances can be likened to color, ‘umami’ would be yellow and sweetness red.” It was not exactly your standard scientific fare. 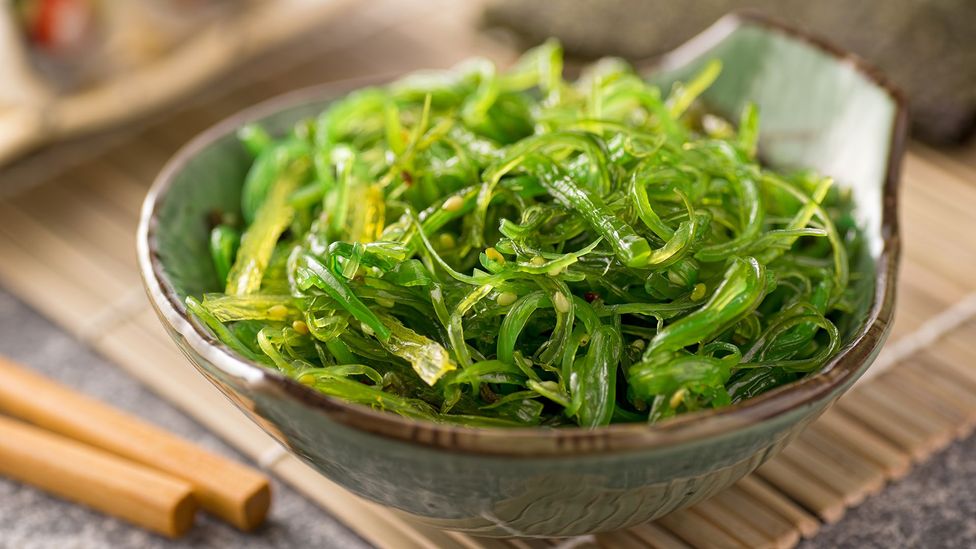 Seaweed, a staple of Japanese cuisine, is one food associated with the umami taste (Credit: Getty Images)

But more than a hundred years later, scientists around the world now acknowledge that umami is real, and just as much a basic taste as the others. It’s not just found in seaweed: we get a hit of umami from tomatoes, meat, broths, cheeses, and many other foods. How did this enigmatic yet brash taste, hidden in plain sight for so many years, finally achieve recognition?

Over the decades, scientists began to put together how umami works. Each new insight brought the claim put forth by Ikeda into better focus. For instance, researchers identified two other molecules that could trigger the sensation: inosinate, behind the umami of bonito fish flakes, and guanylate, behind the umami of dried shitake mushrooms.

And interestingly, the effect of having two of these molecules in the same dish is synergistic. You get way more umami from a broth containing both bonito flakes (inosinate) and seaweed (glutamate) than you get from either alone. You get a similar effect from cooking beef (inosinate) with tomatoes (glutamate).

Some people suggested that perhaps umami was just a kind of saltiness. After all, it often occurred in concert with that sensation. But taking away an umami-triggering substance really did dramatically change perception, researchers found. Looking closer at the nerves sending messages from the mouth to the brain suggested that umami and salt were operating via different channels.

A great deal of the recognition for Ikeda’s insights probably came from the discovery, about 20 years ago, that there are specific receptors in taste buds that pick up on amino acids. Multiple research groups have now reported on these receptors, which are tuned to specifically stick onto glutamate and the other umami molecules that create synergistic effects. 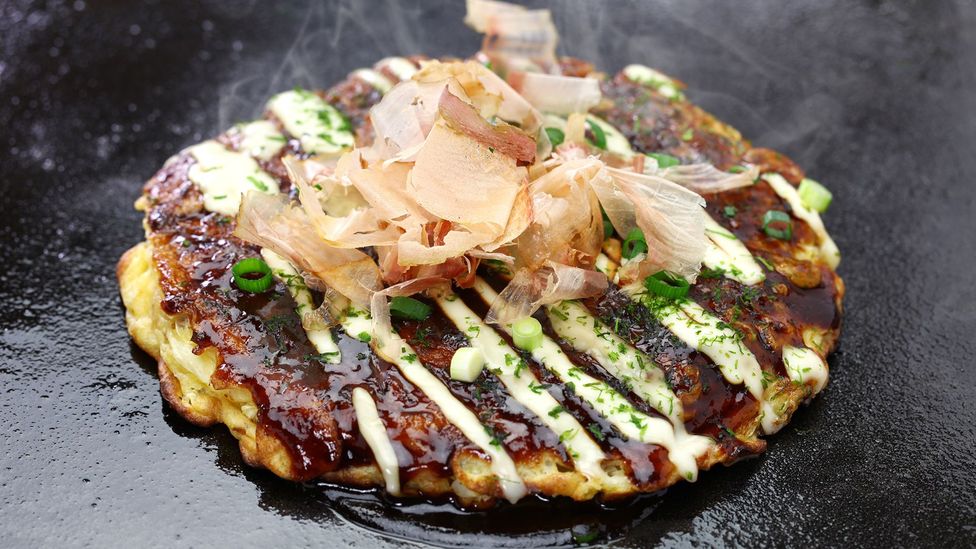 Inosinate, one of the compounds thought to be behind umami, is found in bonito fish flakes (Credit: Getty Images)

In a way, it isn’t surprising that our bodies evolved a way to sense the presence of amino acids, since they are crucial for our survival. Breast milk has about the same levels of glutamate as the dashi broth studied by Ikeda, so we are probably quite familiar with the taste before we can even walk.

Ikeda, for his part, found a seasoning manufacturer and started to produce his own line of umami seasoning. “I believe that the time has come to revolutionise the production method of this important seasoning,” he wrote at the end of his 1909 paper, in hopes that better-tasting food would improve people’s nutrition. The product, a monosodium glutamate (MSG) powder called Aji-No-Moto, is still made today. (Although rumours have swirled periodically that eating too mush MSG can give people headaches and other health problems, the US Food and Drug Administration has found no evidence for such claims. It just makes food taste more savoury.)

Can something be a basic taste if we don’t really taste it, per se?

The story of umami might make you wonder, are there other basic tastes out there that we just haven’t gotten around to noticing? Some researchers believe we may have a sixth basic taste for fat. There are some good candidates for fat receptors in the tongue, and it is clear that the body responds strongly to fat’s presence in food.

However, by the time fat levels are high enough that we can actually taste them consciously, we tend not to like the flavour very much. So the question becomes, can something be a basic taste if we don’t really taste it, per se? How much of taste is about encouraging or discouraging us to eat something, and how much of it is the body, unbeknownst to us, keeping track of what’s coming down the chute?

Further deepening the mystery of flavour, Japanese scientists have introduced the idea of kokumi to the wider world. “Kokumi means a taste that cannot be expressed by the five basic tastes, and also includes marginal tastes of the basic tastes, such as thickness, growth (or mouthfullness), continuity, and harmony,” reads the site of the Umami Information Center (UIC), a group for the promotion of umami research. Triggered by a trio of linked amino acids, the kokumi sensation adds to the pleasure of certain kinds of foods, most of them savoury.

Harold McGee, the food writer, had a chance to try some kokumi-inducing preparations of tomato sauce and cheese-flavoured potato chips at the 2008 Umami Summit in San Francisco under the auspices of the UIC. He wrote, in terms that pique the imagination of anyone curious about new taste sensations:

“The flavours seemed amplified and balanced, as if the volume control and had been turned up and an equaliser turned on. They also seemed somehow to cling to my mouth – a tactile feeling – and to last longer before fading away.”