Mainstream science says eating too much saturated fat raises cholesterol and the risk of heart disease, so why are some diet trends encouraging people to eat more of it?

Advice to limit intake of saturated fat has been official government policy in many countries, including the UK, for decades.

But many people are ignoring this advice, preferring to believe that saturated fat – which is in high amounts in foods such as meat products, full fat dairy, butter, ghee, cakes and biscuits, as well as coconut and palm oils – isn’t bad for us, even at high intakes. 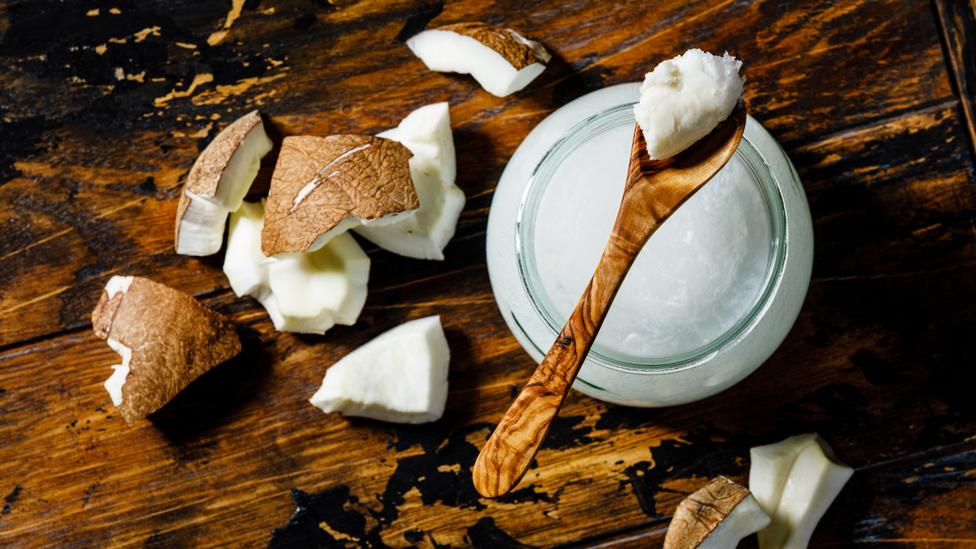 Coconut oil has more saturated fat than butter – and a single tablespoon has more than half of the recommended daily limit for women (Credit: Getty Images)

You’ll almost certainly be having more saturated fat than the officially recommended amount if you’re doing one of the popular low carbohydrate regimens, like the keto or paleo diet, or if you’re following the trend of spooning a butter or fat into your coffee each morning. Eat much more than 100g of fatty meat, pastries, or cheese each day and you’ll also easily get beyond the limit, given by UK dietary guidelines as 20g for women or 30g for men.

Mainstream nutrition science says too much saturated fat raises cholesterol levels in the blood, which can lead to arteries becoming "furred up" and an increased chance of having a heart attack or stroke. But a few scientists argue that saturated fat isn't the issue in heart disease, pointing to chronic inflammation instead.

You might also like:
• Is sugar really bad for you?
• The myth of food cravings
• How much water should you drink a day?

Low carbohydrate, high fat (LCHF) proponents also – controversially – suggest that the current “low fat, high carb” dietary guidelines are wrong and that obesity and diabetes would be better tackled by eating fat, including saturated fat, alongside reducing carbohydrates and avoiding snacking – a position that’s been challenged by experts at the British Dietetic Association and others, who believe it’s less that the guidelines are wrong, and more that we aren’t following them.

For the general population, most countries’ health organisations recommend limiting fat, particularly saturated fat. UK dietary guidelines, for example, advocate up to 35% of our dietary energy (calories) should come from fat and about 50% from carbohydrates. (It’s worth noting that this could actually be considered a moderate fat, moderate carbohydrate diet, not a low fat, high carbohydrate one).

For saturated fat specifically, the numbers are even lower. The UK recommends that it should comprise no more than 11% of our food and drink calories, while the US and the World Health Organization recommend less than 10%. That would be roughly 20g a day in women (the equivalent of 2.5 tablespoons butter or four supermarket sausages) and 30g a day in men (a quarter-pounder hamburger with cheese, plus four tablespoons of double cream). 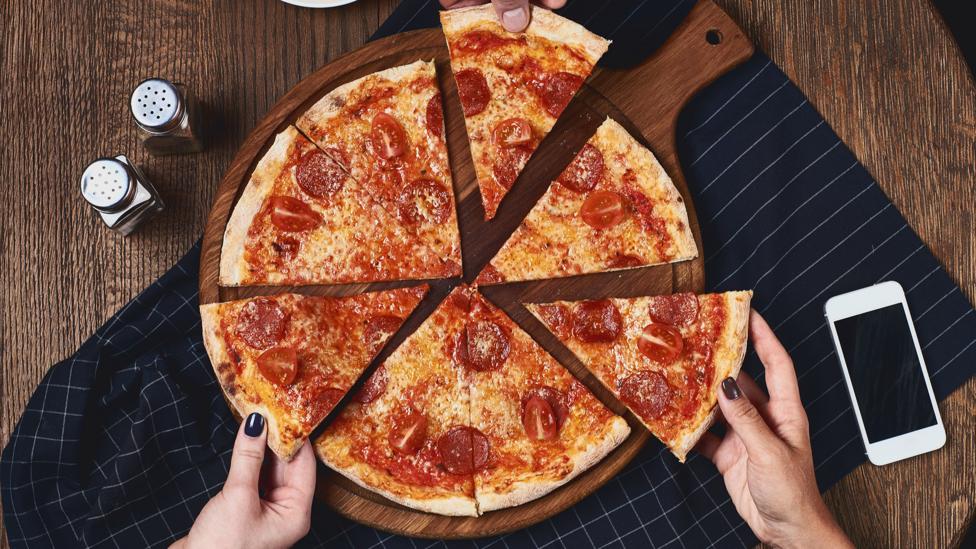 Two slices of pizza have about 10g of saturated fat, half of the suggested daily limit for a women and a third the daily amount for men (Credit: Getty Images)

The American Heart Association goes further, suggesting a figure of 5-6%.

As headlines are often contradictory and experts seem to disagree, it’s no wonder people don’t know what to believe about saturated fat. What is the reality? 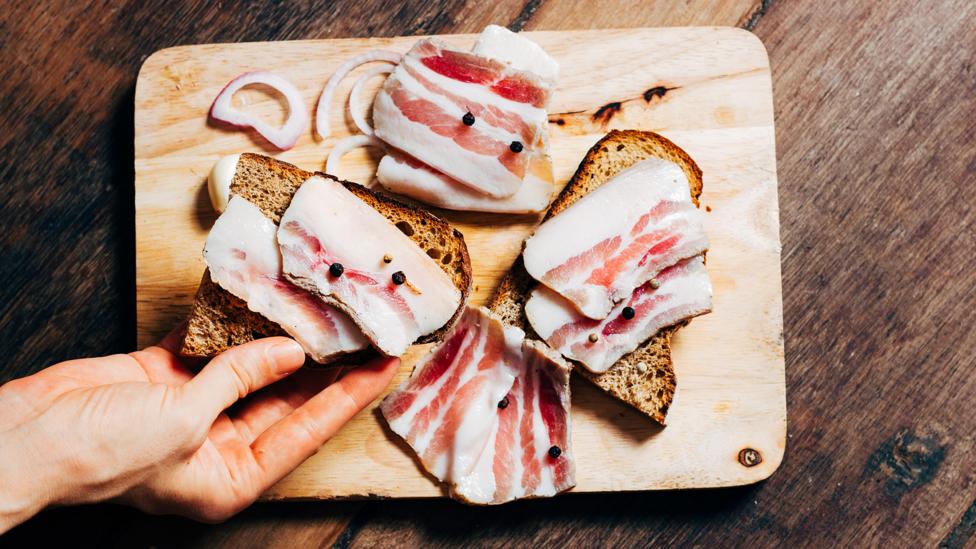 Three ounces or 85g of bacon fat has about 30g of saturated fat, the recommended daily limit for men (Credit: Getty Images)

“Several factors contribute to raised blood cholesterol, but a diet high in saturated fat is definitely one of them, and this has been confirmed in studies going as far back as the 1950s,” says Garton.

“Furthermore, despite some claims to the contrary, the wealth of scientific evidence indicates total and LDL (low-density lipoprotein) cholesterol – often referred to as the ‘bad’ cholesterol – are proven contributors to heart disease."

Garton adds that some people might benefit from eating even less saturated fat than the standard recommendation – specifically those who have other risk factors for heart disease.

That said, saturated fat isn’t as straightforwardly villainous as was once thought. That's because it is only one of several dietary factors affecting heart disease risk, all of which are interrelated.

Not to mention that if you take some saturated fat out of your diet, you’re probably replacing those calories with something else. 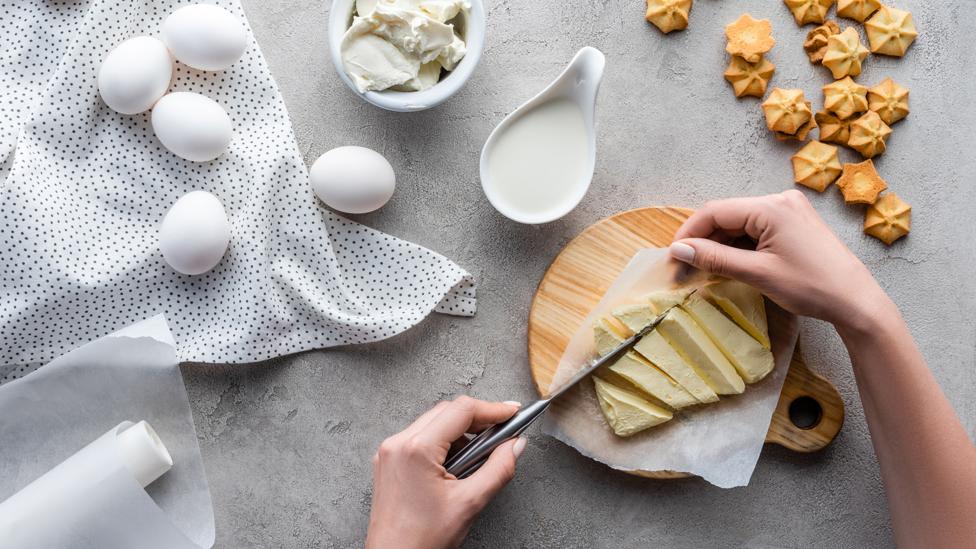 A single tablespoon, of butter has 7g of saturated fat – but if it’s replaced with sugar or flour, the effect on health can be even worse (Credit: Getty Images)

“Some studies have questioned a direct link between saturated fat and heart disease, but these have generally not considered what replaces saturated fat when it is reduced in the diet – a point that’s crucial,” says Garton.

A number of international organisations draw on scientific evidence to recommend reducing saturated fat and replacing it with unsaturated fat. 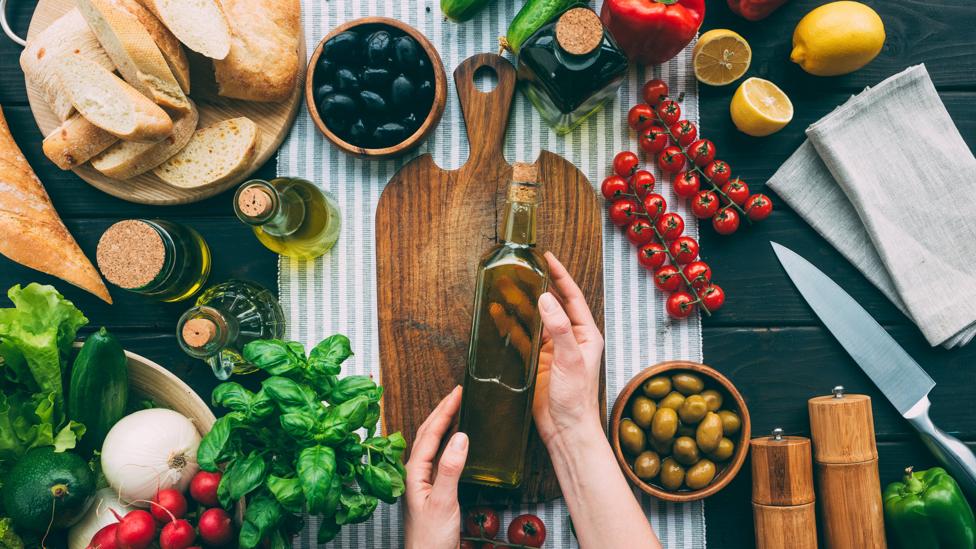 Replacing saturated fats with a monounsaturated fat, like olive oil, reduced deaths by 11% in one study (Credit: Getty Images)

However, when sugar and refined starches (such as white flour) replaced saturated fat, the risk of having a heart attack actually increased.

“Most national nutrition guidelines including in the UK, Australia and the US already recognise that swapping out some of the saturated fat in our diet for unsaturated fat is heart-healthy,” says study co-author Peter Clifton, adjunct nutrition professor at the University of South Australia.

“But to this you can add that it's also probably OK to replace some saturated fat-rich food with whole grains, but definitely not OK to swap them with sugar or refined carbohydrates. This could actually be worse than making no reduction to saturated fat at all.

“Unfortunately, when the food industry began creating lower fat versions of foods such as ready meals, puddings and yoghurts, the sugar percentage often went up as a result, which likely wouldn’t have been reducing heart disease risk at all."

It’s also the case that some types of saturated fatty acids that make up saturated fat are less harmful than others. For example, stearic acid, which makes up approximately half of the saturated fats in dark chocolate, does not raise blood cholesterol. (The other saturated fatty acid – palmitic acid – does, though, so best not to eat the whole bar).

Other research indicates that the “food matrix” is important. In cheese and yoghurt, for example, calcium (a mineral that may keep blood pressure normal) could be why these foods have less impact on raising LDL cholesterol than, say, bacon. It could also help explain the observation that consumption of dairy (including full fat dairy) doesn’t appear to be associated with coronary heart disease. (It’s important to take studies like these sceptically, though, since like many nutritional studies, they show correlation, not causation – in other words, people who eat more dairy might simply have healthier lifestyles overall. It’s also important to note that studies focused on dairy have tended to look at milk and yoghurt, but much less on butter or cream). 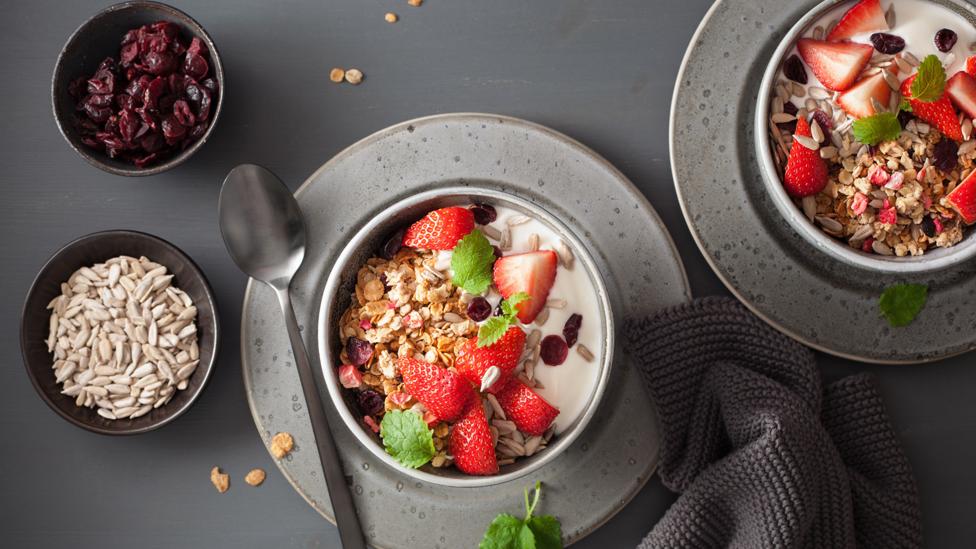 Most of the fat in yoghurt is saturated fat, but dairy products seem to impact health less than, say, animal fats (Credit: Getty Images)

Of course, good luck and good genes can go a long way too. “We all know someone whose granny lived to 103 eating lots of butter, cream and drippings,” says Garton. “But on a population level, all the evidence suggests the diet that’s healthiest is one with plenty of fruits, vegetables, whole grains, and unsaturated fat-rich sources like nuts and oily fish.

“Rather than focus on individual nutrients, we should be looking at the overall diet and including plenty of these heart healthy foods,” she adds.

In short, that's more advice to eat a healthy Mediterranean-style diet – and steer clear of butter coffees, burgers and bacon.