Loading
Ethics
Is it right to use Nazi research if it can save lives?
Share using EmailShare on TwitterShare on FacebookShare on LinkedinShare on Whatsapp 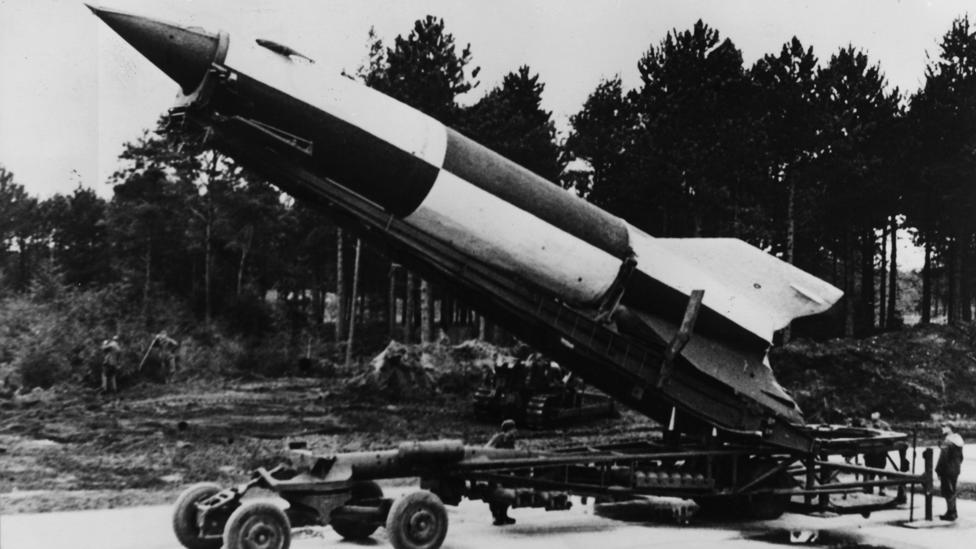 By Frank Swain 24th July 2019
From the Apollo rockets to new drugs to treat HIV, some scientific advances are obtained in dubious ways. Should we make peace with using their findings?
S

Seeking a local angle on the 50th anniversary of the Moon landings this week, Washington DC news station WTOP published a glowing biography of the “brilliant” rocket scientist Wernher von Braun, who was laid to rest in nearby Alexandria in 1977. The article caused uproar, however, and was swiftly retracted. The reason? It had failed to mention that von Braun was a Nazi.

There are few corners of scientific progress that are not tainted at some point in their history by immoral or unethical behaviour. Physics, biology, zoology, medicine, psychology, vaccine science, anthropology, genetics, nutrition, engineering: all are rife with discoveries made in circumstances that can be described as unethical, even illegal. How should we feel about making use of that knowledge? Especially when it could be of great service to civilisation and even save lives?

Von Braun’s presence on the Apollo programme was no outlier. More than 120 German scientists and engineers joined him there, including fellow SS officer Kurt Debus (who became director of Nasa's Launch Operations Center) and Bernhard Tessmann (designer of the colossal Vertical Assembly Building at what is now Kennedy Space Center).

They were among 1,600 scientists recruited by spies as part of Operation Paperclip at the end of World War Two – all shielded from prosecution, given safe passage to the US, and allowed to continue their work.

Allied forces also snapped up other Nazi innovations. Nerve agents such as Tabun and Sarin (which would fuel the development of new insecticides as well as weapons of mass destruction), the antimalarial chloroquine, methadone and methamphetamines, as well as medical research into hypothermia, hypoxia, dehydration and more, were all generated on the back of human experiments in concentration camps.

Particleboard, forms of synthetic rubber and the soft drink Fanta were also developed by the Germans under Nazi rule. 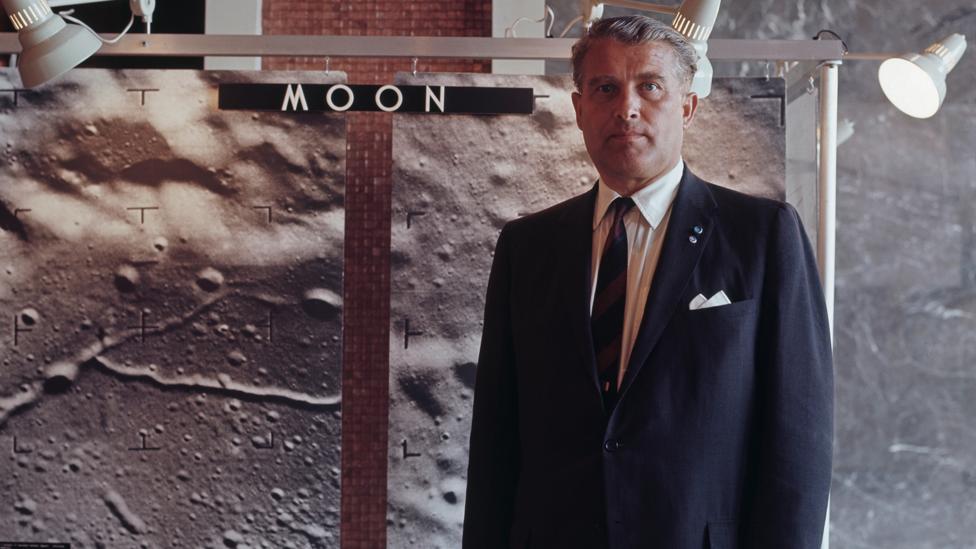 Wernher von Braun was one of a number of German scientists who were recruited by the Allies at the end of World War Two (Credit: Getty Images)

But this was far from a one-off injection of unethical research into the scientific record. For 40 years, starting in 1932, researchers at Tuskegee University in Alabama tracked the progress of syphilis in hundreds of poor black men – none of whom were ever given a diagnosis or treatment, despite the antibiotic penicillin, which could cure the disease, being available at the time.

In a related study, US doctors in the 1940s intentionally infected unsuspecting patients with sexually transmitted infections to study the diseases. Conscious of the outcry this might generate, the experiments were performed in Guatemala.

From 1955 to 1976, in what became known as “The Unfortunate Experiment”, hundreds of women with pre-cancerous lesions were left untreated to see if they developed cervical cancer. Details of the study only came to light following an expose by two women’s health advocates Sandra Coney and Phillida Bunkle. The New Zealand study hoped to test theories about the value of early intervention, but a later inquiry into the research by judge Silvia Cartwright criticised the treatment of patients by the doctors running the study.

The polio vaccine – and many other medical advances besides – owes its existence to human cells that were taken from Henrietta Lacks without her knowledge or consent, and who never saw any compensation from their commercialisation. The cell line grown from those initial samples have been used in countless research into drugs, toxins, viruses and also have been used to study the human genome.

And in the 1950s, Robert G Heath pioneered the use of electrodes implanted in the brain, in one case attempting to rewire sexual orientation. Today similar technology is used as a treatment for epilepsy, Parkinson’s disease and Elon Musk’s recently-announced neural lace.

It is not controversial to argue that these experiments should never have happened. But now they have, what should be done with the information they generated? 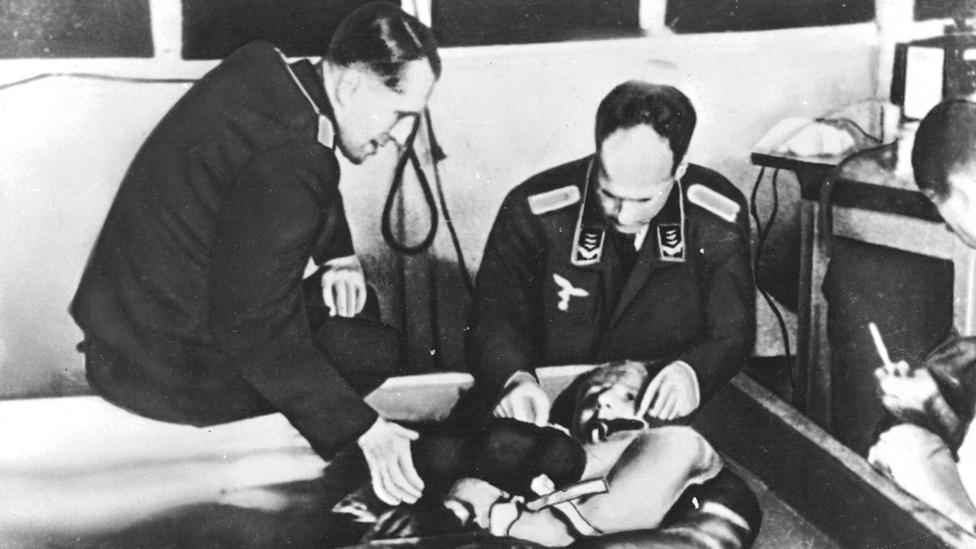 Nazi doctors performed gruesome experiments, including into the effects of hypothermia, on prisoners at concentration camps (Credit: Alamy)

“The basic intuition is that if information had been obtained unethically, but we use that information, then we then become complicit in that past,” says Dom Wilkinson, a medical ethicist at the University of Oxford. This is a common view, even among those who make use of such findings.

Writing in the bioethics journal The Hastings Centre Report in 1984, Kristine Moe recounts a conversation with John Hayward, a leading expert in hypothermia at the University of Victoria, British Columbia, who used Nazi data in his studies. “I don't want to have to use this data, but there is no other and will be no other in an ethical world,” he told her. “I've rationalised it a little bit. But to not use it would be equally bad.”

But Hayward’s experience was unusual.

“I think it’s important to say that these findings very rarely provide key important information in isolation,” says Wilkinson. “For the most part, scientific information is like a piece in a jigsaw: it fits into an overall puzzle.”

Wernher von Braun’s contributions to the Apollo space programme may have been considerable. But it’s impossible to say whether Nasa could not have figured out how to land on the Moon without his help and the knowledge he obtained while working on the Nazi’s V-2 rocket program.

Meanwhile, the results of the Tuskegee and Unfortunate experiments did not drastically change our understanding of syphilis or cancer: the data is not so useful that we must hold our noses and put it into practice to help patients today. 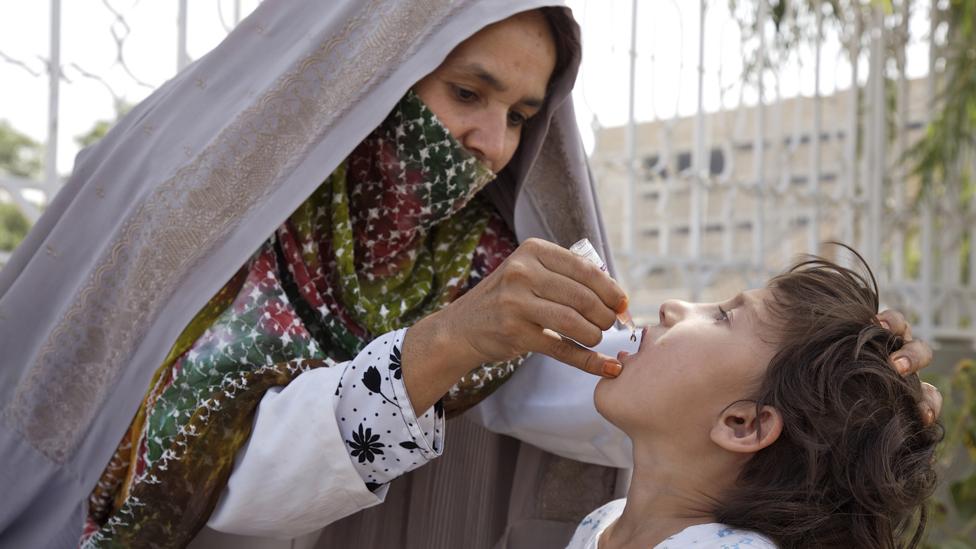 The polio vaccine now saves the lives of millions around the world, but some of the work to develop it was ethically questionable (Credit: Getty Images)

“There aren’t lots of other observational studies that see what happens if you don’t treat cervical cancer,” says Wilkinson. “But even if you said ‘we don’t use this bit of science’, we wouldn’t be at a different understanding of cervical cancer.”

It can be tempting to think that unethical medical practices are a thing of the past, that modern medicine’s tangle with immorality was an aberrant blip in the mid-20th Century, and that as we move further from this time the work performed then will fade into scientific irrelevance. From now on, we might tell ourselves, all of our data collection will be above board and our discoveries ethically sound.

Unfortunately, that’s not the case.

One concern of using the data is that it expresses the attitude that this research was okay, and encourages future researchers – Dom Wilkinson

Echoing the Guatemala syphilis studies, many clinical trials are to this day carried out in developing nations for arguably the same reasons: regulations are more lax, and the risk of bad press from any negative outcomes is lessened. A 2008 report published by the Center for Research on Multinational Corporations revealed details of many such unethical trials, carried out in India, Nigeria, Russia, Argentina and Nepal, among others. It revealed the unrecorded deaths of 14 women in Uganda during a trial of the anti-HIV transmission drug Nevirapine.

It also revealed that eight patients in Hyperabad, India, had died during a trial of the anti-clotting drug streptokinase – and that none of them were aware that they were part of an experiment.

The urge to do some good with data – even if it was obtained in an unethical way – comes with its own problems. Aside from carrying the weight of complicity, does using the findings tell current and future researchers that it’s better to seek forgiveness than ask permission?

“There’s something very particular about knowledge, that it’s irreversible. You can’t unknow something,” says Wilkinson. “One concern of using the data is that it expresses the attitude that this research was okay, and encourages future researchers – ‘history will judge me positively’. We want to not do that. We don’t want to promote unethical research.”

Several German scientists who helped to send Nasa’s Apollo missions to the Moon had previously worked on the V-2 rockets for the Nazis (Credit: Getty Images)

Wilkinson highlights the recent case of the Chinese researcher who announced in 2018 that he had created the first gene-edited babies. “It’s a really striking example; it looks like he was motivated by the particular fame associated with being first,” says Wilkinson.

That view is echoed by the Health Commission of China, whose investigation into the research concluded that the scientist “illegally conducted the research in the pursuit of personal fame and gain”. Like other individuals who commit attention-grabbing crimes for notoriety, says Wilkinson, we should make efforts not to condone their behaviour or give them the promotion they seek.

But even if we can separate the actions of people from the science they generate, condemning one while doing some good with the other, we’re still not out of the moral maze. What happens when the problematic research is yet to be done – but could be?

That’s the quandary posed by a controversial collection of blood samples from more than three million Scottish people currently held the NHS Greater Glasgow and Clyde Health Board.

The samples were collected as part of a routine “heel prick” test performed on all newborns to check for a number of genetic conditions. But from 1965 to 2003, permission from parents was never sought about storing the blood samples, meaning that the entire database is legally dubious.

As the world’s oldest and largest collection of Guthrie cards (as the records are known), the database offers an uncommonly broad view of the nation’s genetics, and so represents a unique resource for medical researchers. But because of the issues surrounding how they were collected, there is currently a moratorium on carrying out research using the cards. 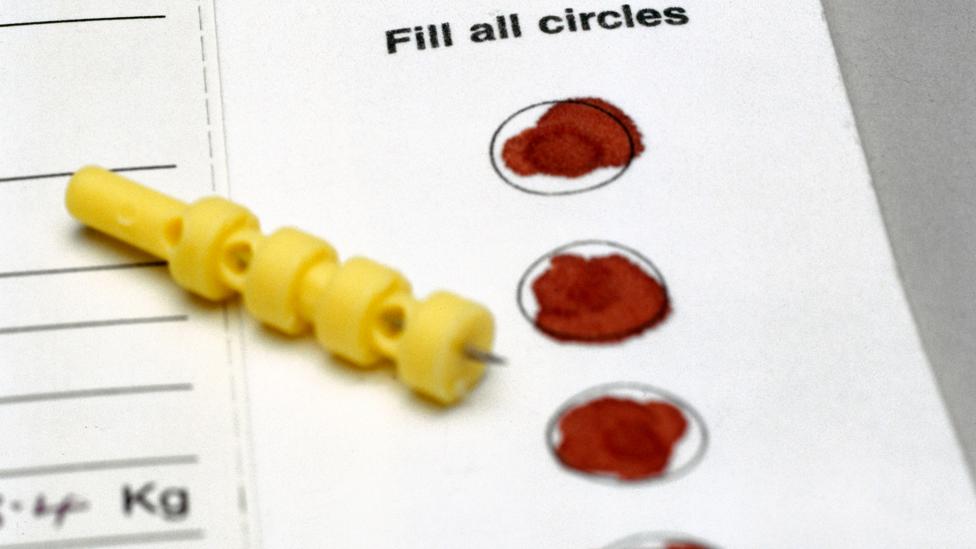 “These kinds of situations aren’t straightforwardly ‘ethical’ or ‘unethical’ – they involve competing ethical concerns, all of which need to be taken into consideration,” says Anne Wilkinson, programme officer at the Nuffield Council on Bioethics who has written about Scotland’s Guthrie cards. Important social benefits might be achieved by using the database, she says.

“But this would not simply trump concerns about consent, privacy, risks to people associated with the use of their personal information, and respect for people’s views about its use.”

Health authorities in Scotland are now embarking on consultations with researchers, ethicists, patients and citizens about what should be done with the Guthrie cards. One option is to allow those opposed to opt out of being part of any research performed on the cards – but demonstrating that you’ve adequately sought retroactive permission from three million people is no small task.

It’s human nature to try to draw some good out of bad situations. Even in the Warsaw Ghetto, Moe notes, Jewish doctors made meticulous notes on their fellow residents’ health, data which was smuggled out and later published as a landmark study on the effects of starvation disease.

“A decision to use the data should not be made without regret or without acknowledging the incomprehensible horror that produced them,” she writes of Nazi research. “We cannot imply any approval of the methods. Nor, however, should we let the inhumanity of the experiments blind us to the possibility that some good may be salvaged from the ashes.”