There are many ways of categorising someone’s linguistic skills, but the concept of fluency is hard to define.

Mayor Pete Buttigieg’s youth, military record, and marital status may distinguish him from the other 2020 US Presidential Election candidates, but it’s his rumoured proficiency in seven languages that really has people talking.

This seemingly magical feat is especially impressive in predominantly monolingual countries like the United States and the United Kingdom (where, respectively, roughly 80% and 62% of the population speaks only English). But where such enviable talent creates an aura of mystique, it also inevitably arouses curiosity. When former US Senator Claire McCaskill asked Buttigieg to comment on his language-speaking ability in a 14 February instalment of MSNBC’s Morning Joe, he replied: “it depends what you mean by speak!” and added that he can “still kind of read a newspaper in Norwegian… but only slowly” and that he has gotten “rusty” in his Arabic and Dari. That shows humility, but not so much that Buttigieg and his camp definitively dismiss the polyglot rumours.

This is not to deride Mayor Buttigieg. His perceived fluency interests me because I’m a former language teacher – having taught English for 11 years in Japan and Italy – and I am also a Cambridge English exam speaking examiner; a role which requires me to dissect variables in candidates’ second language production such as pronunciation, discourse management, and grammatical range. Buttigieg is clearly fascinated by languages, willing to learn, and is brave enough to practice with native speakers on television – qualities that would have made him the star of my classroom. But – like so many of my ex-students who expected to go from “beginner” to “native” proficiency in two months – Buttigieg may have underestimated what it means to “speak” a language.

I can relate all too well to overestimating one’s own abilities. A “heritage speaker” of Italian, I’d been living in Italy for two years when I overheard a receptionist refer me to me as “that foreigner who doesn’t speak Italian”. I was confused, then gutted. That one casual sentence launched a journey that resulted in my being forced to acknowledge that while I had grown up speaking Italian at home and was fluent, I was not by any means proficient. 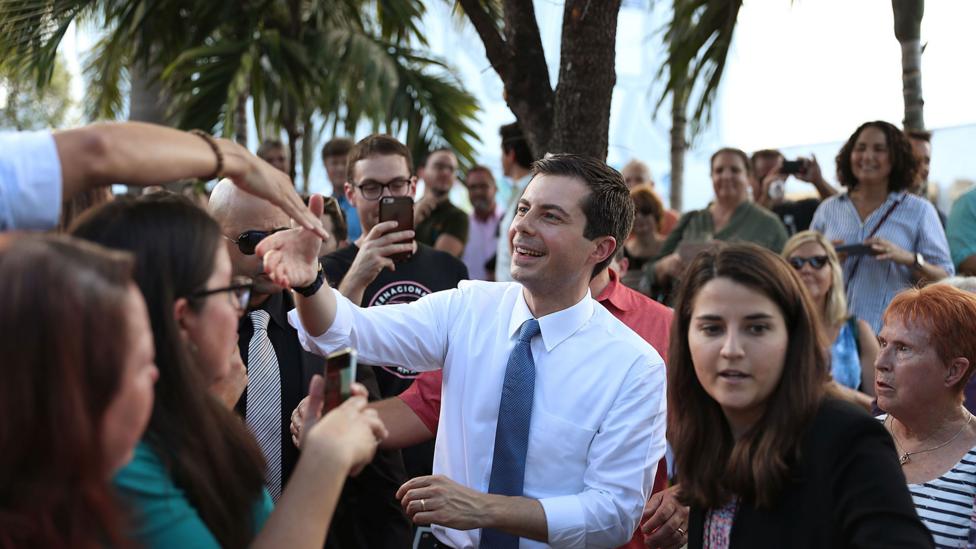 What does the word “fluent” actually mean? In lay circles, this term has come to equal "native-level proficient", with no grey area between the bumbling beginner and the mellifluous master. An outsider overhearing a conversation in a foreign language only hears a fog of sounds, thus perceiving anyone who can cobble together a sentence as “fluent”.

But Daniel Morgan, head of learning development at the Shenker Institutes of English – a popular chain of English schools in Italy – says that fluency actually refers to how “smoothly” and “efficiently” a second language (L2) speaker can speak on “a range of topics in real time”. While fluency may denote a degree of proficiency, it does not automatically imply accuracy – the ability to produce grammatically correct sentences – nor does it imply grammatical range.

How important are accuracy and grammatical range? That depends on the speaker’s needs. If they simply wish to converse in social settings, their focus may be solely on achieving fluency, but if the L2 is required for business or academia, accuracy and range are crucial as communications full of errors may be seen as unprofessional. 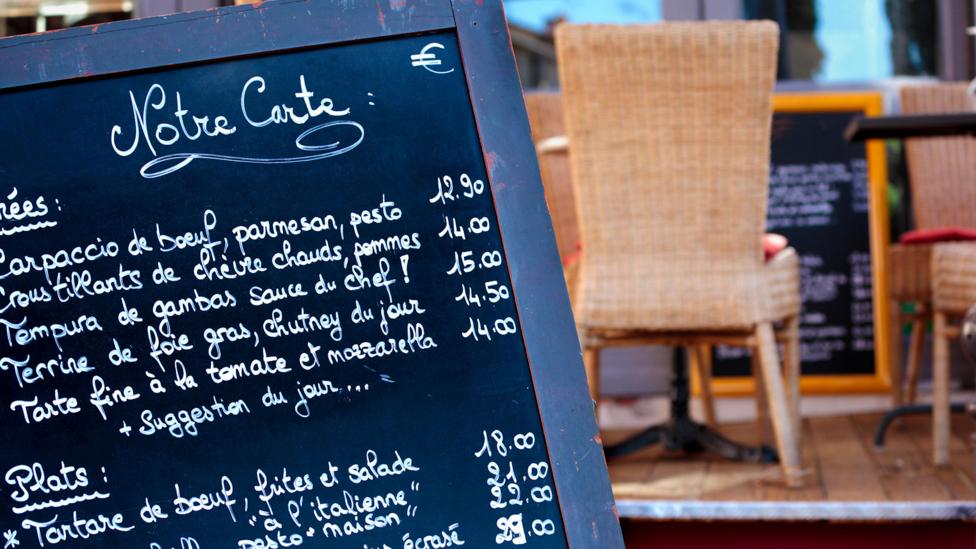 When talking a foreign language, you may be well understood by locals, even if you make lots of grammatical errors (Credit: Alamy)

These errors can include literal word-for-word translation from their native language (“I go in Spain”), and language switch (“I want eat ringo”). Bungled verb tenses, prepositions, plurals, and articles are a natural, even essential, part of the learning process.

Many learners, however, fall into the trap of assuming that because they are understood, their speech is “perfect”. And it isn’t only the speaker who glosses over mistakes; in the Handbook of Second Language Assessment, Nivja de Jong – senior lecturer at the Leiden University Centre for Linguistics – argues that grammatical errors usually won’t prevent comprehension on the part of the listener, who is automatically able to “edit out” mistakes. In English, a sentence like “I have 17 years” is incorrect, yet one nonetheless understands that the speaker wants to say that he is 17 years old. Furthermore, friends and teachers tend to encourage L2 learners rather than discourage them, which may also contribute to inflated self-assessment.

I think of the popular memes comparing how we envision a story or scene in our head, to the way we tell it or paint it. Those first crucial years of learning a language, you may be thinking in glorious brush strokes but speaking in scribbles. 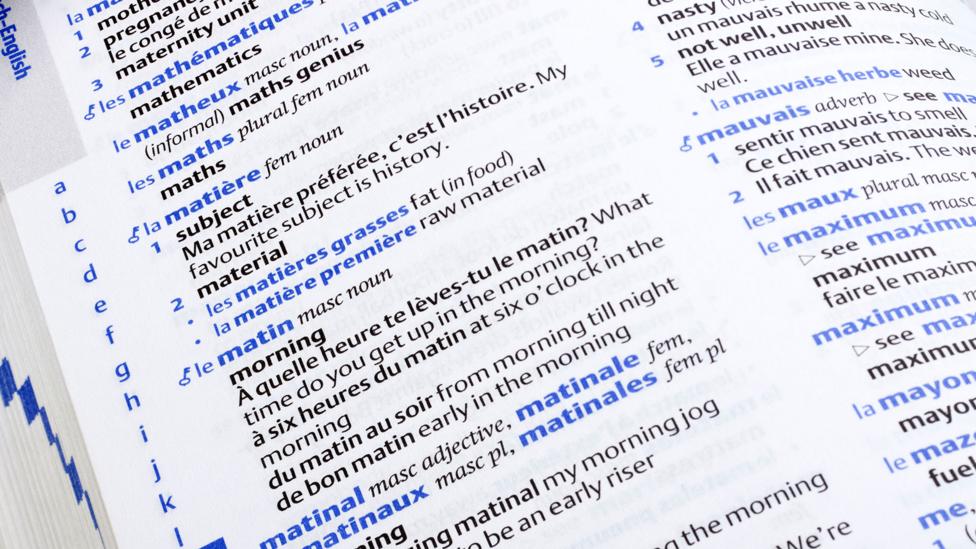 Measures of linguistic proficiency typically consider both the accuracy and the range of the language that you can use (Credit: Alamy)

So when can someone say they “speak” a language? That’s the million-dollar question. Can someone consider themselves a Spanish speaker if they’re conversational but often can’t understand native speakers because they “talk too fast”? If they use only two verb tenses and every sentence contains mistakes?

The answer may be less “yes/no” and more “how well?”

Luckily, scales for measuring spoken fluency and overall proficiency exist. “Fluency is an abstract concept, so we assign observable variables,” explains Daniel Morgan. Two of the most reliable factors are “speech rate” and “utterance length”. Speech rate can be defined as how much (effective) language you’re producing over time, for example how many syllables per minute. Utterance length is, as an average, how much you can produce between disfluencies (e.g. a pause or hesitation). You could look at accuracy as being subsumed into fluency, in terms of grammatical accuracy, lexical choice, pronunciation, and precision.”

De Jong describes the unconscious process any speaker goes through before speaking: conceptualising what to say, formulating how to say it, and, finally, articulating the appropriate sounds. All of this takes place in roughly six syllables per second. A speaker of a second language who needs to convert their thoughts into an unfamiliar language faces an even greater challenge in meeting these strict time constraints. They must also often overcome inhibition and pronunciation challenges. Accuracy may still be lacking at this stage, but make no mistake – achieving L2 fluency is a colossal feat.

The Council of Europe’s Common European Framework of References (CEFR) for Languages groups language learners into concrete proficiency levels, where fluency and accuracy are just two of many examined criteria. The CEFR – available in 40 languages – divides proficiency into six “can do” levels – A1, A2, B1, B2, C1, and C2. A corresponds to “Basic” levels, B to “Independent”, and C to “Proficient.” Observable skills include:

A1: Capabilities range include basic introductions and answering questions about personal details provided the listener speaks slowly and is willing to cooperate.

A2: Can describe in simple terms aspects of his/her past, environment and matters related to his/her immediate needs and perform routine tasks requiring basic exchanges of information.

B1: Can deal with most daily life situations in the country where the language is spoken. Can describe experiences, dreams and ambitions and give brief reasons for opinions and goals.

B2: Can understand the themes of complex texts on both concrete and abstract topics and will have achieved a degree of fluency and spontaneity, which makes interaction with native speakers possible without significant strain for either party.

C2: Can understand virtually everything heard or read, expressing themselves spontaneously, very fluently and precisely, while differentiating finer shades of meaning even in highly complex situations.

Geraint Thomas, a Cambridge English speaking exam team leader, explains: “We look at things like cohesion, response rate, discourse management, and pronunciation, but each variable has sub-variables. You can break pronunciation down into stress and individual sounds.” He emphasises that the progression is gradual. “You can expect a good B2 candidate to have certain things under control; the present tense, maybe. However, they might not have their second conditional, and you’re aware that this is a progressive thing.” 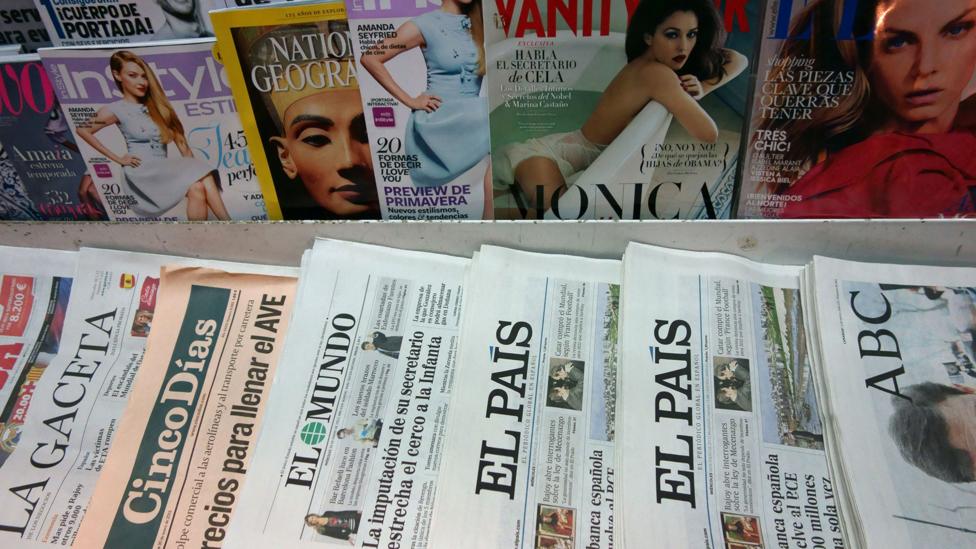 What is the span of your conversational abilities? Are you equally happy talking about economics and politics? (Credit: Alamy)

Thomas adds that individual second language speakers can display different strengths: “You can get students who are very accurate but so afraid of making mistakes that their fluency suffers and others who throw themselves into something, who are quite fluent, but their language is full of mistakes.”

According to research from the University of Cambridge English Language Assessment, it takes 200 guided hours for a motivated learner to advance from one level to the next. Key word, motivated: language acquisition varies dramatically between individuals. Is the learner open to new structures? Will they build upon what they’ve already learned instead of clinging to basic “good enough” grammar? Will they commit to consistent study and practice? Bottom line: there are many steps between “The pen is on the table” and penning a perfect thesis on a piece of literature.

Proficiency scales provide an excellent gauge for assessing L2 ability, but I believe that the quickest, dirtiest fluency and accuracy “tests” are real-life situations with native speakers. How smooth and lengthy are your interactions in your L2? Do you avoid or “blank” at certain topics and situations because you don’t have the words? Do you find yourself grasping for “key words” and content yourself with understanding “the sense” rather than the entirety of the conversation? How well can you understand a film without subtitles or read a book without a dictionary? If you write an email and ask a native speaker to proofread it, how many errors will they find?

As for me, while my Italian grammatical range has improved dramatically in my nine years in Italy, as a writer I yearn for flawless, native-like accuracy and syntax. I’m not there yet, and there are many days where I despair that I never will be.

And then I remind myself that learning a second language is like entering into a marriage. You think you know your partner when you put the ring on their finger, but it’s only the beginning, and the commitment is for life.

Eva Sandoval is an Italian-American writer who has been based in Italy since 2010. Her travel, food, and culture writing has appeared in The Telegraph, CNN Travel, Fodor’s Travel Guides, and HuffPo Travel as well as various luxury hotel and airline magazines.