Power sharing, babyish begging or narcissistic manipulation, amae can be all this and more, and chances are you’ve done it too.

On a cold December night in the late 1950s, psychoanalyst Takeo Doi was on call at the hospital when he received a seemingly inconsequential visit. A patient sheepishly approached Doi unannounced to ask if he should go home for the New Year holidays. Perplexed as to why the patient should need his advice and in no mood to engage or empathise Doi replied, “It’s up to you”.

Perhaps the demand for special treatment appeared narcissistic or overstepped an intimacy boundary, but whatever the reason, this blunt interaction provoked a new idea in Doi. The patient’s behaviour – pouting, wheedling, and submitting to the doctor’s authority – became a central part of an influential manifesto on the Japanese psyche.

Published in English in 1973, ‘The Anatomy of Dependence’ popularised the term amae as the key for “understanding not only of the psychological makeup of the individual Japanese but of the structure of Japanese society as a whole”. Classical amae is a childlike behaviour to obtain care that might include whining, behaving in a spoiled manner or taking liberties with others. 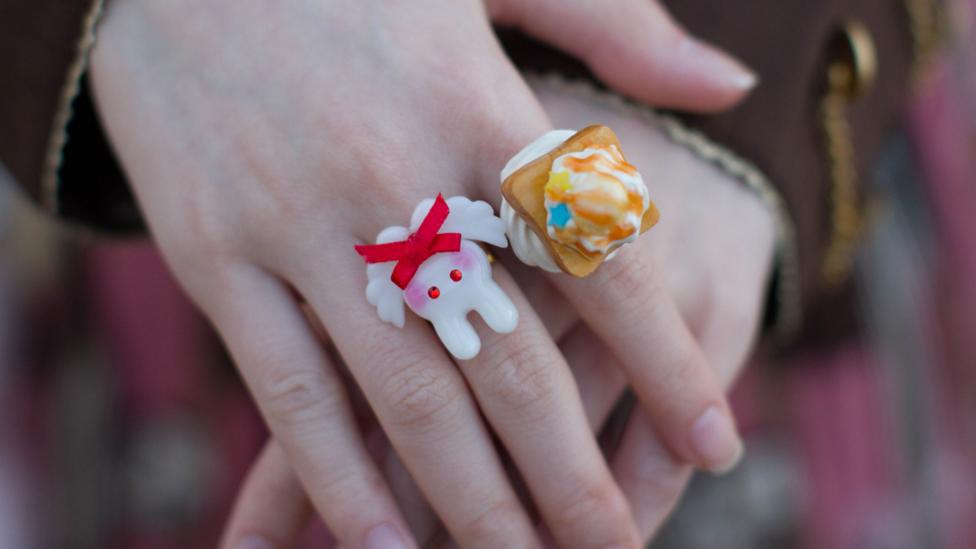 Amae is a surprisingly diverse, everyday phenomenon that can be found beyond the shores of Japan (Credit: Getty Images)

“Amae appears in any relationship, at any age, and can be positive or negative,” says Kazuko Behrens (カズコベアレンズ), who has extensively studied amae in both her native Japan as well as in the US, where she is an associate professor of psychology at SUNY Polytechnic Institute. “It’s unique in Japan because one word takes care of so many phenomena, behaviours and interactions”, from a toddler crying to be picked up to a wife begging her husband for an expensive gift, “but amae exists everywhere beyond Japan and people can identify it in their lives, even if they didn’t know what to call it.”

Behrens sees reciprocal amae in TV shows like Seinfeld and Friends, where the characters come and go in each other’s apartments (and refrigerators). It’s the presumption that these kinds of behaviours are allowed between close friends that makes this amae.

It’s no coincidence that successful amae appeals often involve childish or naive overtures. “I frequently tell newcomers to Japan that... approaching someone on a street and briskly asking for directions, the response is likely to be a rabbit’s fright and flight,” says translator and longtime Japan resident John McCreery. “But approach looking confused and non-threatening and say, a bit plaintively, “I appear to be lost…” and the odds of a positive, helpful response rise sharply.”

Cuteness, timidity and pre-emptive apologies are also part of the copious signs, warnings and announcements one encounters in Japan. On train platforms or at construction sites, wide-eyed characters politely remind you to mind your manners and bowing figures ask you to forgive the disruption, while mascots offer guidance at stations, offices and stores. “People are primed to accept these kawaii [cute] objects because it tickles the amae instinct, begging your indulgence,” says Behrens. 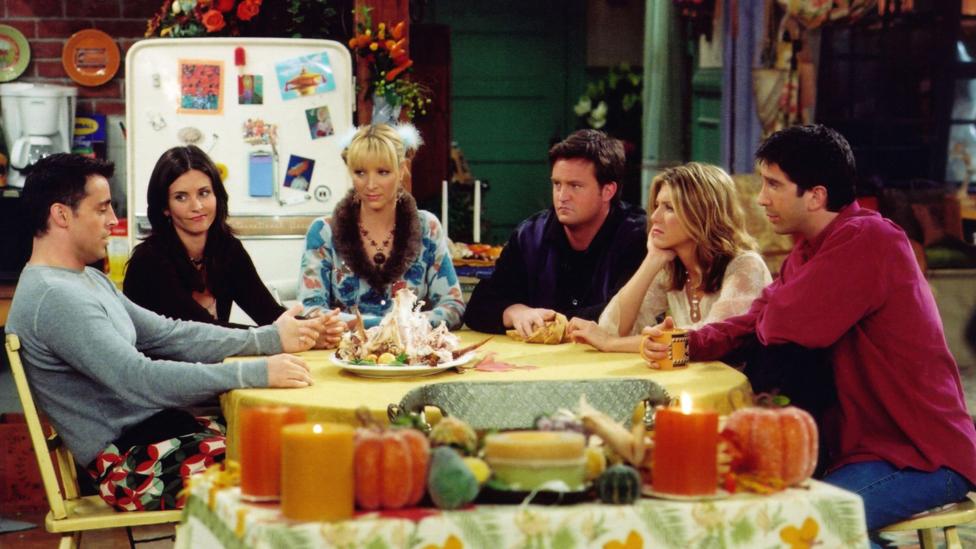 Shows like Seinfeld and Friends, where the characters come and go in each other’s apartments, show similar amae qualities (Credit: Alamy)

A more coercive type of amae can occur in the workplace, for example if a boss makes excessive demands like expecting women employees to serve tea to visitors or clients. “Amae is not one thing,” says Behrens. “There’s been significant development from Doi’s definition [of prototypical amae between a mother and child] and now amae can be used in so many various contexts, including negative, where there are expectations that are unreasonable.”

• A samurai-inspired office ritual?
• A shrinking town with big ambitions
• The car-crash crisis in ageing Japan

Expectation plays a big role in amae. “It starts with the assumption that your amae will be accepted,” says Behrens. “But sometimes the receiver is not happy,” as in the case of Doi and his patient. Not all Japanese are welcoming or tolerant of amae or engage in it, nor do attempts at eliciting amae succeed 100 percent of the time, Behrens notes. “Learning how to read people, what is an appropriate level of amae, who is the appropriate person to engage with, this a significant experience of growing up in Japan,” she observes.

And amae is always a game of two: a woman might act coquettishly playful towards her partner to elicit affection or colleagues might trade complaints of work frustrations to establish rapport. “Mutually accepted amae, where both doer and acceptor agree on going a bit outside the rules or social norms, can be fun and lead to a renewed intimacy,” says Behrens. “Even adult children might do amae towards their aging parents, for example by asking for their help, to make them feel good and needed.”

But when amae goes wrong, it can lead to animosity or worse. It is “soft power... a means for the weaker party in a relationship, a child or employee, to elicit care or support from the stronger party,” says Christopher Harding, a senior lecturer in Asian history at the University of Edinburgh and author of Japan Story. But when wielded inappropriately, “it ends up being rather undemocratic, whether at home or at work.” Absolute adherence to amae can bolster hierarchical relationships and power imbalances. Behrens sees shades of amae in the abuses that catalysed the #MeToo movement and says that extreme demands under the guise of amae can be severely underreported in Japanese companies. 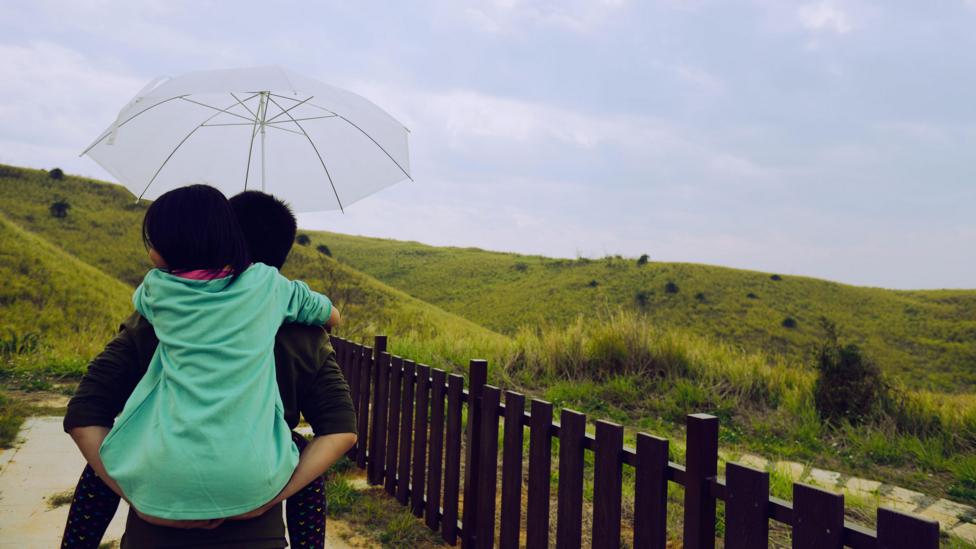 Amae may be a way for adults to escape from the stress of their responsibilities but may also have its roots in the way they were treated as children (Credit: Getty Images)

Egregious attempts at amae in adulthood may partly trace their roots to childhood rejection. Doi predicted children whose amae is not reciprocated would experience neediness and anxiety. Modern attachment theory and behavioural studies bear this out. “When you attend to a child every time [they cry], they will become secure, autonomous and more independent,” says Behrens. These children develop the confidence to explore the world, because they know they will be rescued if necessary. “But neglected ones, who cry themselves to sleep, they don’t know when their needs will be met, so they have less confidence and become more needy.”

Doi’s patient, for example, was completely capable of deciding to visit home for the holidays, but he wanted to shift this responsibility to the doctor. “Amae is for things you can do yourself, but assume or want someone else to do [for you], what level [of imposition] you can get away with,” Behrens emphasises. “The title [The Anatomy of Dependence] made people think that amae is dependence, which is helplessness, but amae is different from dependency.”

Dependency, immaturity and infantilisation nonetheless colour some facets of amae. In a society like Japan’s that values social harmony, these aspects have morphed into an adaptive behaviour that allows people to ask for help, strengthen human ties and even make inappropriate requests without the appearance of burdening others.

In Japan, being treated like a child is normal and not insulting – Kumi Kuroda

“In Japan, being treated like a child is normal and not insulting,” says Kumi Kuroda, a researcher in neuroscience and psychiatry who studies infant-parent bonding. “Amae is one way to escape from being an adult for a little while. It can provide an outlet for stress, because even adults need care or attention sometimes.” 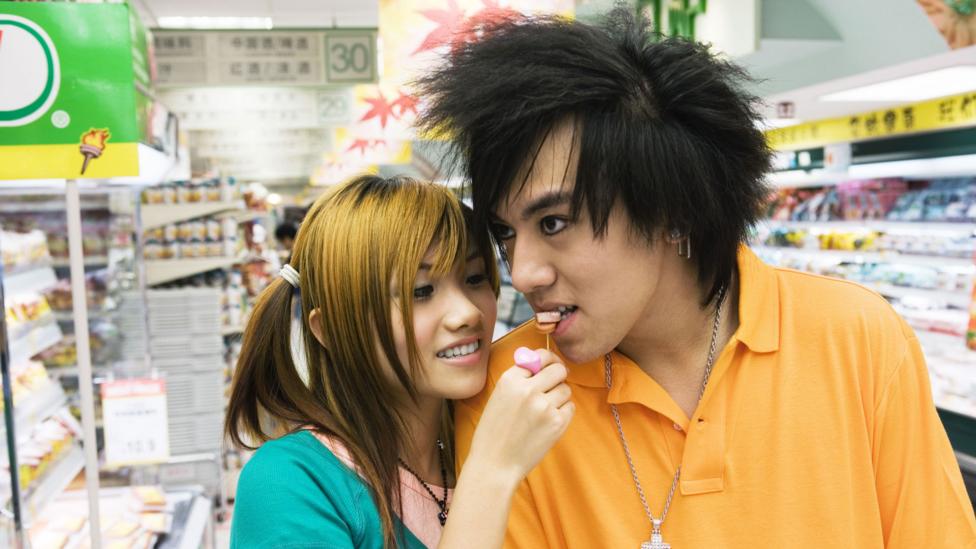 The concept of Amae has evolved into something far more sweet than Doi had originally intended (Credit: Alamy)

This sometimes saccharine nature of amae points to its close lexical cousin, the word amai, meaning sweet, and invites parallels with another flavourful Japanese coinage, umami. Anyone around the world can experience the savoury taste of umami, even if they use the Japanese word to describe it. Similarly, “amae is more salient and more frequently experienced in Japan [but] can exist in cultures that have no word for it,” according to researchers who found similar interpretations and reactions to amae from both Japanese and Americans. Like umami, amae may just have been named in Japanese because people were more attuned to it in their daily experience.

“Japanese people value amae and notice when it is taken or given,” muses Kuroda.

Behrens agrees: “Doi didn’t create amae, he just identified it to be unique to Japanese people.

"Amae is an evolving concept and is becoming more inclusive of different phenomena, with new targets that Doi didn’t expect”, for example inanimate kawaii objects. Like a favourite food, the sweet dependency of this concept ultimately invites us back to childhood and the warmth of a mother’s embrace.

“Positive amae is a way to be childish and it’s OK,” says Kuroda. “Everyone was a child once and we still feel like children in our souls sometimes.”