While the West tends to see robots and artificial intelligence as a threat, Japan has a more philosophical view that has led to the country's complex relationship with machines.

At a certain 400-year-old Buddhist temple, visitors can stroll through peaceful stone gardens, sit for a quiet cup of tea, and receive Buddhist teachings from an unusual priest: an android named Mindar. It has a serene face and neutral appearance, neither old nor young, male nor female. Beyond the realistic skin covering its head and upper torso, it looks unfinished and industrial, with exposed tubes and machinery. But Mindar is philosophically quite sophisticated, discoursing on an abstruse Buddhist text called the Heart Sutra.

• What Japan's 'soft power' can teach us
• Could this be the future of childcare?
• Japan's 'retro' economy

If you had to figure out where you could find this robotic priest, you might need only one guess to conclude it’s in Japan, at the beautiful Kodai-ji Temple in Kyoto. Japan has long been known as a nation that builds and bonds with humanoid robots more enthusiastically than any other. While this reputation is often exaggerated abroad – Japanese homes and businesses are not densely populated by androids, as hyperventilating headlines imply – there is something to it. 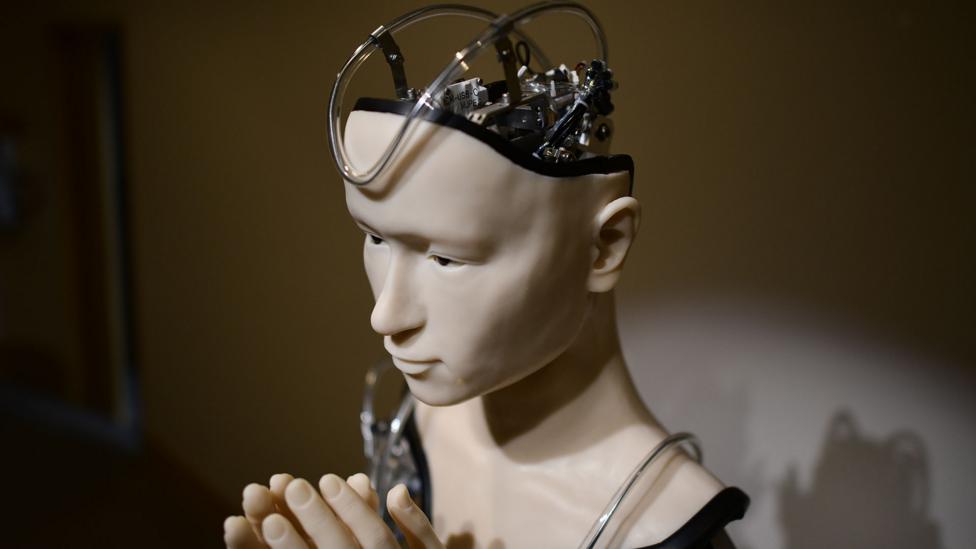 Some observers of Japanese society say that the country’s indigenous religion, Shinto, explains its fondness for robots. Shinto is a form of animism that attributes spirits, or kami, not only to humans but to animals, natural features like mountains, and even quotidien objects like pencils. “All things have a bit of soul,” in the words of Bungen Oi, the head priest of a Buddhist temple that held funerals for robotic companion dogs.

According to this view, there is no categorical distinction between humans, animals, and objects, so it is not so strange for a robot to demonstrate human-like behaviours – it’s just showing its particular kind of kami. “For Japanese, we can always see a deity inside an object,” says Kohei Ogawa, Mindar’s lead designer.

Japan’s animism stands in contrast with the philosophical traditions of the West. Ancient Greeks were animistic in that they saw spirits in natural places like streams, but they thought of the human soul and mind as distinctly separate from and above the rest of nature.

We can always see a deity inside an object – Kohei Ogawa

The Abrahamic religions put humans on an even higher pedestal, as God’s greatest creation, the only vessels containing immortal souls. Ancient Israelites were sternly warned against imputing too much specialness in objects, lest they verge into idol worship, a form of heresy expressly forbidden by the Ten Commandments. Some forms of Islam are especially averse to idolatry and prohibit creating even any images of humans or animals.

According to the traditional Western view, a machine that acts like a person is violating natural boundaries, dangerously conflating the sacred and profane. This ethical warning shows up prominently in modern myths about technology, such as Frankenstein, which derives much of its moral message from the Bible, says Christopher Simons, a professor of comparative culture at the International Christian University in Tokyo. 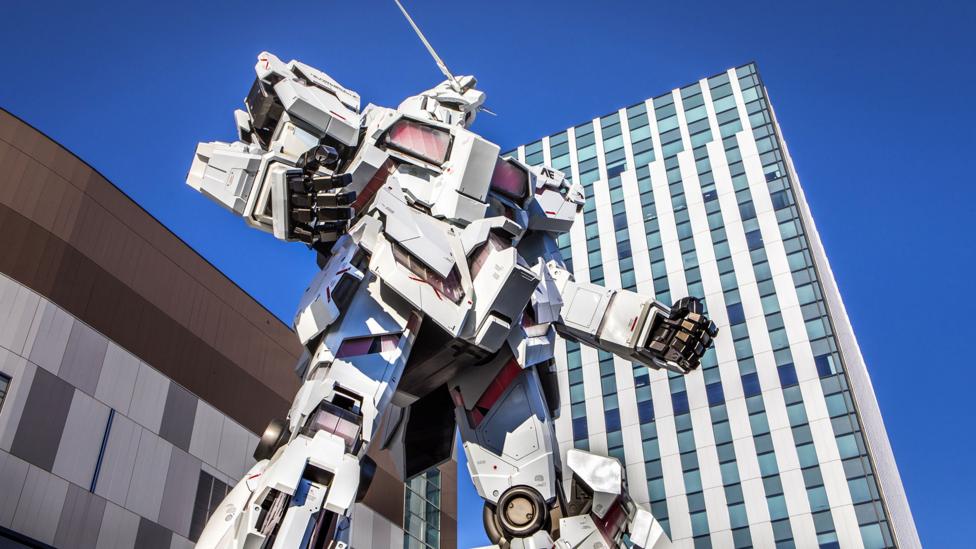 A giant Gundam robot towers over passers-by in the Odaiba district of Tokyo (credit: Prisma by Dukas/Getty Images)

“Dr Frankenstein creates another life in the monster. It’s like humans eating from the tree of knowledge in Eden. That’s the original sin; as a result, we get punished,” he says. At the tragic end of the story, with Dr Frankenstein and his monster both dead, the lesson is clear, says Simons: “Be careful, human beings. Don’t take on the role of God.”

The 1920 Czech play RUR, which introduced the word “robot,” is redolent with religious themes: one character creates androids to prove that there is no god, another argues that robots should have a soul, and two robots that fall in love are renamed “Adam” and “Eve.” At the end of the story, the robots kill every human but one.

A driver of industry

Some researchers say that the roots of Japan’s positive view of technology, and robots in particular, are primarily socioeconomic and historical rather than religious and philosophical. In the years after World War Two, Japan turned to new technologies to rebuild not only its economy but its national self-image.

“Industrial robots played a major role in the economic revival of Japan during the sixties,” says Martin Rathmann, a Japan scholar at Siegen University in Germany. “Instead of easing strict immigration policies to help with the shortage of labour, they introduced widespread automation through robotics.” After automating its own manufacturing lines, boosting efficiency and production, Japan became a major exporter of industrial robots to other countries. 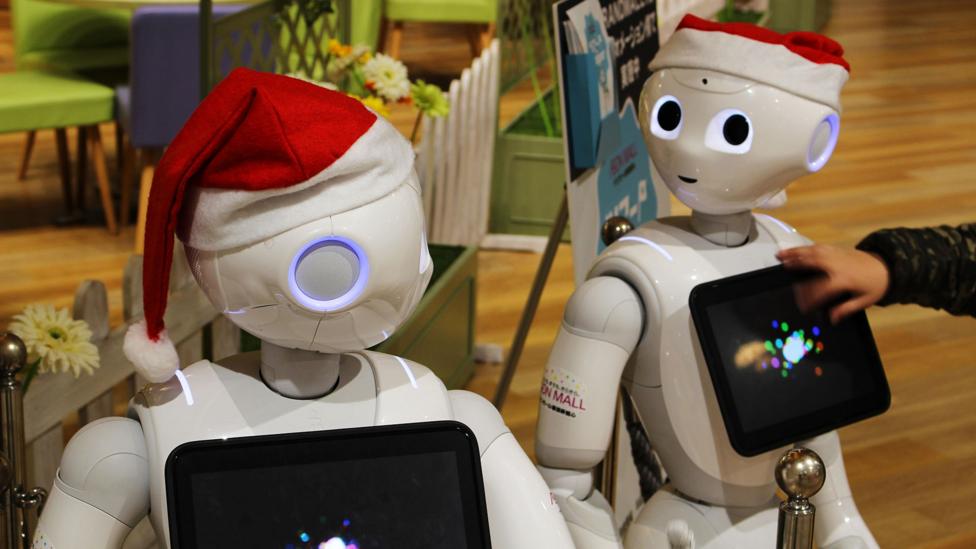 Pepper is a semi-humanoid robot designed to 'read emotions' with several being used in the service and retail industries (credit: Ned Snowman/Alamy Stock Photo)

When some engineers moved from making functional, industrial robots to humanoid robots that interacted with people, Japan’s particular history likely coloured how they were perceived. In 1649, the military rulers of Japan prohibited using technology to develop new weapons, to prevent the rise of new rivals, according to research by Cosima Wagner, a researcher at Freie Universität in Berlin. So artisans focused on more innocuous creations, such as mechanical dolls that performed in puppet theaters or served real tea in real teacups.

Though proto-robots went out of fashion during Japan’s rapid 20th-Century modernisation, the idea of mechanical beings as amusements may have lingered in the national consciousness.

When Masahiro Mori, the researcher who coined the term “uncanny valley,” a noted robotics thinker, first started to do research on robots in the 1970s, he found it difficult to be taken seriously. The phrase, which refers to the discomfort we feel when confronted with human-like entities, seemed at odds with Japan’s relationship with robots.

“In those days, people didn't think universities should be doing research on robots,” he said in an interview with the magazine IEEE Spectrum. “They thought that it was frivolous to be working on a ‘toy’.” Japan had been forced to demilitarise during the American occupation, and the officially pacifist nation put little effort into using robots as weapons. 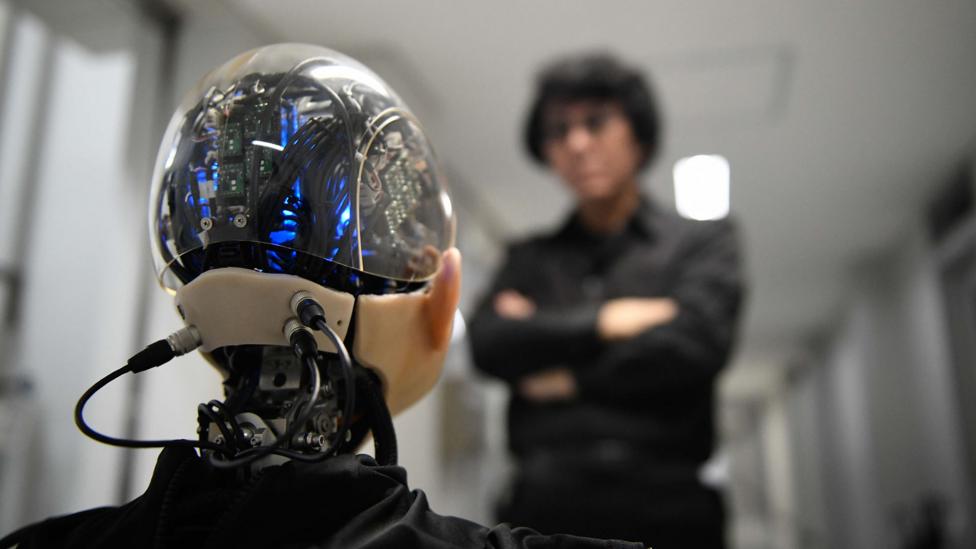 These factors helped instill a generally positive view of robots in post-war Japan. Industrial automation had provided a major economic boon, and humanoid robots were an innocuous curiosity. The West, meanwhile, tended to take a less sanguine view. The US, preoccupied with the Cold War, poured funding into robotics for military uses, which cast a threatening aura over the field. And workers in the West had long thought of automation as taking men’s jobs, ever since the Luddites destroyed textile machinery in England in the early 19th Century.

These divergent views of technology were revealed in the pop culture of the latter half of the 20th Century. One of the most influential Japanese characters of this time was Astro Boy, who was introduced in manga comics in 1952 and went on to appear in books, TV shows, movies, and a wide range of merchandise like action figures and trading cards. Astro Boy was an android who used his superhuman powers for good and rallied the country around a positive message about technology – even if he wasn’t originally intended that way.

“According to [Astro Boy creator Osamu] Tezuka, he had been forced to draw a very optimistic picture of technology… by his publishing company and readers in order to give hope to the Japanese, who in the 1950s were still suffering of the war destruction and the awareness of their technological inferiority to the Western winners of the war,” writes Wagner. “Tezuka’s message of a critique of human behaviour was not understood, instead only the friendly character of a robot savior was idealised as hope for the future Japanese society.” 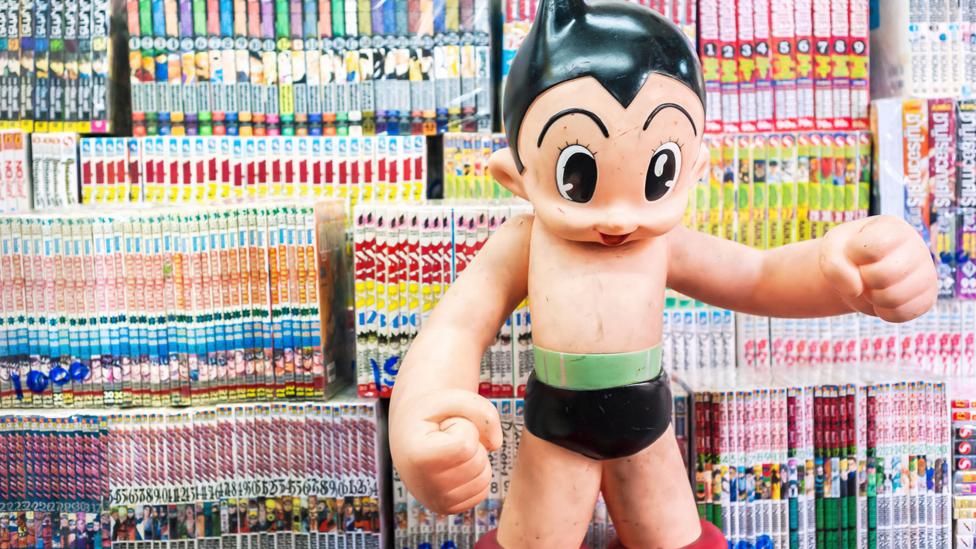 The message left a powerful mark on a generation of Japanese, particularly those who would go on to make their own androids. “Japanese robotics is driven by the Astro Boy dream,” according to engineer Yoji Umetani. “‘If there was no robot fiction, there was no robotics,’ is a credo of many leading robotics researchers and developers in Japan. Since high school, they dreamed of Astro Boy and became roboticists because of him.” The West has also told positive stories about robots, but its most influential ones are about the threats that they posed to humanity. In 2001: A Space Odyssey, the intelligent computer system Hal goes rogue and kills several of the crewmen on the spaceship he controls. In Do Androids Dream of Electric Sheep? and the movie adaptation, Blade Runner, convincingly human-like androids rebel against their servitude until they are hunted down and killed.

The West’s fear of robots was crystallised most powerfully in the Terminator series, in which the defence-computer network SkyNet gains self-awareness, humans try to shut it off, and SkyNet uses androids called Terminators to successfully wage war on them. Many Western works of sci-fi harken back to the same moral warnings from Frankenstein and RUR: the folly of creating artificial life, the paradox of whether anything made by humans can have a soul, the impossibility of people coexisting with our most sophisticated creations. 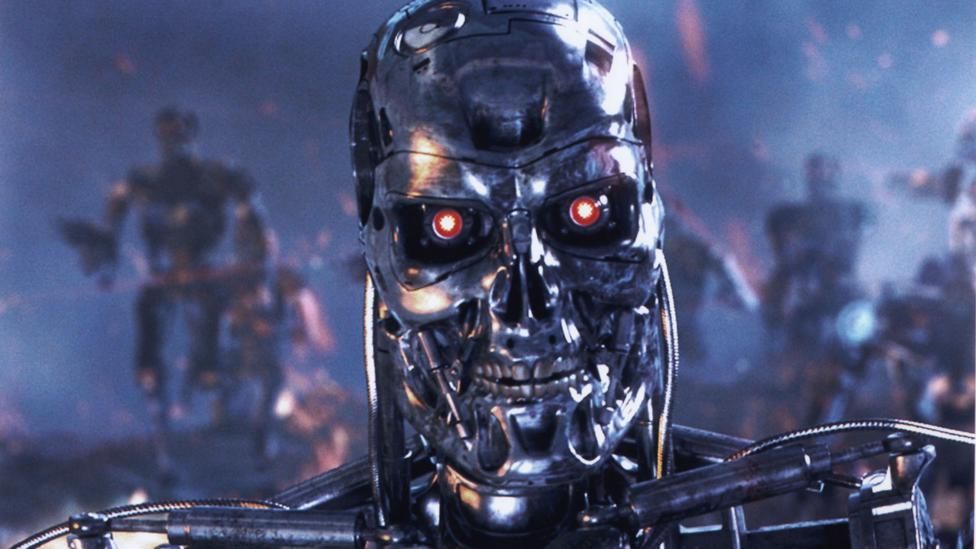 Meanwhile Japan, less troubled by fears about a robot uprising, is eager to use robots to make up for an acute labour shortage and handle tasks like taking care of the country’s fast-growing elderly population. As in the post-war years, the government and businesses are pushing automation to help the economy, contributing to a national enthusiasm for robots.

But while Astro Boy helped birth Japan’s enthusiasm for the idea of robots, he may have also contributed to the country’s ambivalence about them, to this point, in practice. Rathmann says Japanese have “Astro Boy syndrome”: they tend to imagine humanoid robots as intelligent, flexible, and powerful, yet so far, real-life robotics has not met their expectations. He says that based on the technology available now, engineers working on elderly-care robots should focus on making simple devices that will integrate smoothly into care facilities rather than on flashy ones that are impressive but expensive and impractical. Ultimately, even Japanese may prefer to have their human needs handled by actual humans.

“When I travelled in Japan, I found out that Japanese care facilities are not crowded by robotic devices at all,” says researcher Marketta Niemela. “Human touch is appreciated instead.”

Astro Boy gave Japan an optimistic vision of a robotic future. The Japanese retain that optimism, but the robots have, thus far, remained somewhat in the future.