Cultural norms, complex religious influences and friendly neighbourhood police officers make losing something in Japan no big deal. But does this tell the whole picture about Japan’s relationship with honesty?

For most, losing a wallet or purse is more than an inconvenience. While smartphones now let us make contactless payments, hold our travel cards and help us to find our way home, there’s still something reassuringly secure about carrying physical ID and bank cards. Not only does misplacing your wallet leave you without a way of paying for a few hours, it could also mean cancelling your cards and changing the locks on your house. But there is one place where you are disproportionately likely to be reunited with your belongings again – Tokyo.

With an inner-city population fast approaching 14 million people, millions of items go missing here each year. But a staggering number of them find their way home. In 2018, over 545,000 ID cards were returned to their owners by Tokyo Metropolitan Police  – 73% of the total number of lost IDs. Likewise, 130,000 mobile phones (83%) and 240,000 wallets (65%) found their way back. Often these items were returned the same day.

“When I was living in San Francisco, I remember a news story about someone in Chinatown who lost their wallet and someone else turned it in to the police,” says Kazuko Behrens, a psychologist from SUNY Polytechnic Institute, New York, US. It was such a rare case that the finder was interviewed on the local news channel and given the title “Honest man”. Such acts of ostensible integrity aren’t such a rarity in Behrens’s native Japan. “For [Japanese people] it is like, ‘Yeah! Of course they would hand it in.’“. In some ways it has become more rare if you don’t turn in a wallet. That would be a real surprise. 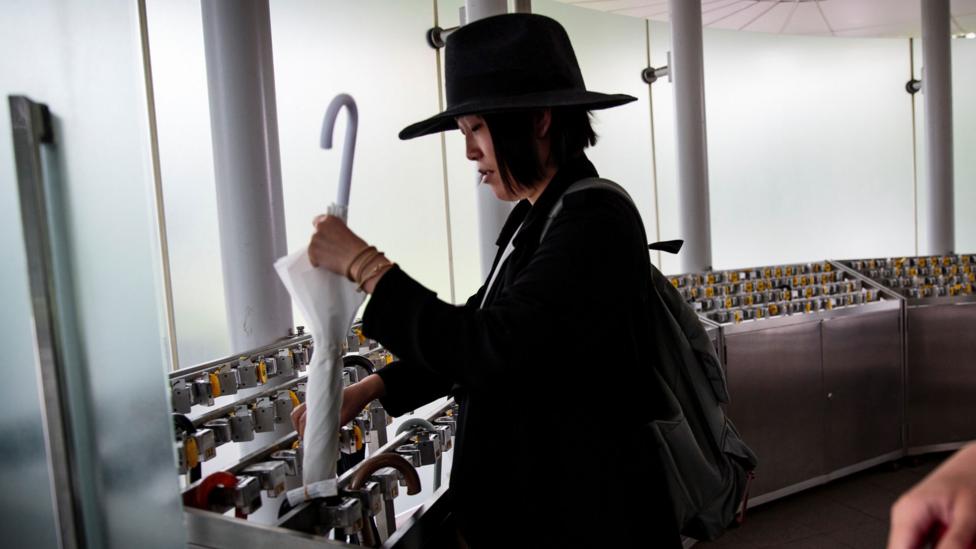 What’s in it for the finder to be honest enough to hand in the item? It doesn’t seem to be for the finder’s fee or the opportunity to claim the lost property for themselves. Of the 156,000 mobile phones that were handed in that year, none were given to the finder or claimed by the State. (The 17% that were not reunited with their owner were destroyed.)

●      A shrinking town with big ambitions

The officers stationed at the kōban are friendly – they are known to scold misbehaving teens or help the elderly cross the road. “If a child sees a police officer on the road, they usually greet them,” says Masahiro Tamura, a lawyer and law professor at Kyoto Sangyo University, Japan. “For the elderly living in the neighbourhood, police officers will call upon their residence to make sure they are alright.”

So fondly regarded are these officers that they were the subject of a famous comic book series called Kochikame: Tokyo Beat Cops which ran for 40 years.

“Handing in a lost or forgotten item is something that is taught at a young age,” says Tamura. “Children are encouraged to deliver lost items to the kōban, even if it’s 10 yen (7p). A child can deliver this coin to the kōban, the police officer will treat it formally as any lost item. A report is made up, and the coin is taken into police custody. Yet, knowing that no one would report [it], the police then gives the coin back as a reward. Therefore, although it is the same monetary amount, the process of handing it into the police is different from outright taking the money - that is, one is theft, the other is a reward.”

Lost umbrellas, on the other hand, are rarely retrieved by their owners. Of the 338,000 handed in to Lost Property in Tokyo in 2018, only 1% found their way back to their owner. The vast majority – about 81% – were claimed by the finder, which is a peculiarity in itself. In fact, the profligacy of umbrellas can work the other way. Knowing that many people would forget to claim their umbrella, Satoshi, a former resident of Suginami-ku, Tokyo, says he would trick Lost Property into handing one over if he was caught out in the rain. Satoshi would describe the most common umbrella – the clear plastic ones sold at every convenience store for 500 yen (£3.50) – and since there were so many of them just lying around at the counter, he says he would always get one. 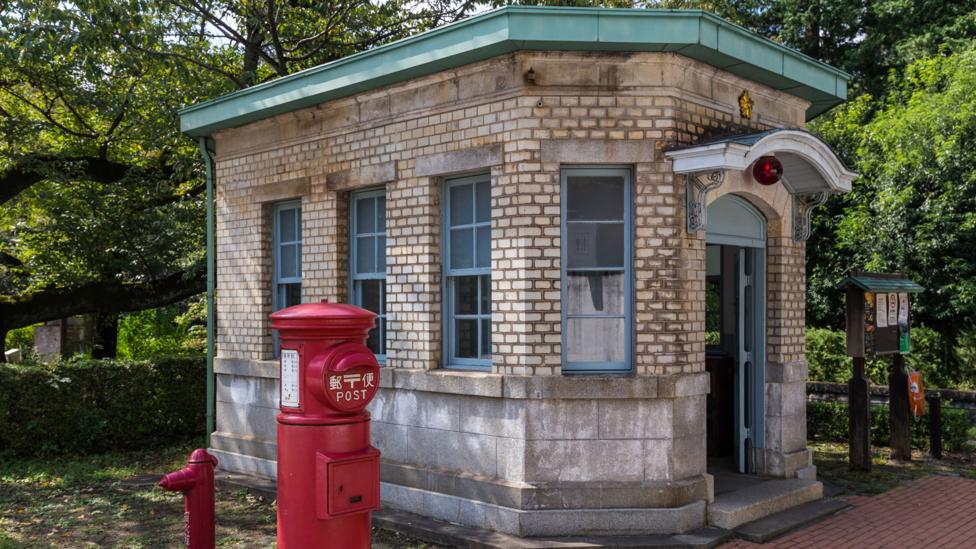 Perhaps, then, honesty is not always front of mind. In fact, Japan has a complicated history with honesty, says Behrens.

Take healthcare. Until 10 or 20 years ago, it was quite normal for doctors in Japan to withhold diagnoses from their patients. Instead, they would only tell their direct family. So, a patient would not know whether they had cancer, for example, let alone what their prognosis might be. “Japanese people believe you might lose the will to live, so immediate families try to present [the idea that there is] nothing wrong,” says Behrens. “Westerners are shocked to hear that. ”The motivations behind this are complex and deeply rooted in Japanese culture. More recently, this has started to change, but it leads some, such as Behrens, to believe that the Japanese aren’t fundamentally more honest than the rest of us.

Behrens says the Japanese are conditioned with a “fear” that derives from Buddhist beliefs in reincarnation. Despite the majority of Japanese not identifying with an organised religion, many do observe folk Shinto practices and Buddhism – with its emphasis on spiritual existence beyond death – plays a big part in funerals.

After the tsunami that hit northeast Japan in 2011, many were left homeless, without possessions, food or water. But even in adversity, people showed fortitude to put others’ needs before theirs. Behrens likens this to the Buddhist ethos of “gaman” which is similar to patience or endurance – to think of others rather than oneself. It was widely reported in the media that there was significantly less looting in the affected areas in Japan than has been seen in similarly devastated areas in other countries. The fact there was any looting at all was out of character, says Tamura. He does, however, point to one example, that reveals a fascinating insight into the human psyche.

“After the nuclear reactors at Fukushima failed because of the 2011 earthquake, the area was sealed off for months due to high radiation,” says Tamura. “The thefts only occurred because there was absolutely no one, no police force or anyone around to witness the wrongdoing.” Tamura describes the concept of hito no me; the ‘societal eye’. Even without a police presence, no theft will occur while there is hito no me. But left in a place where there is no one watching, thefts do occur. 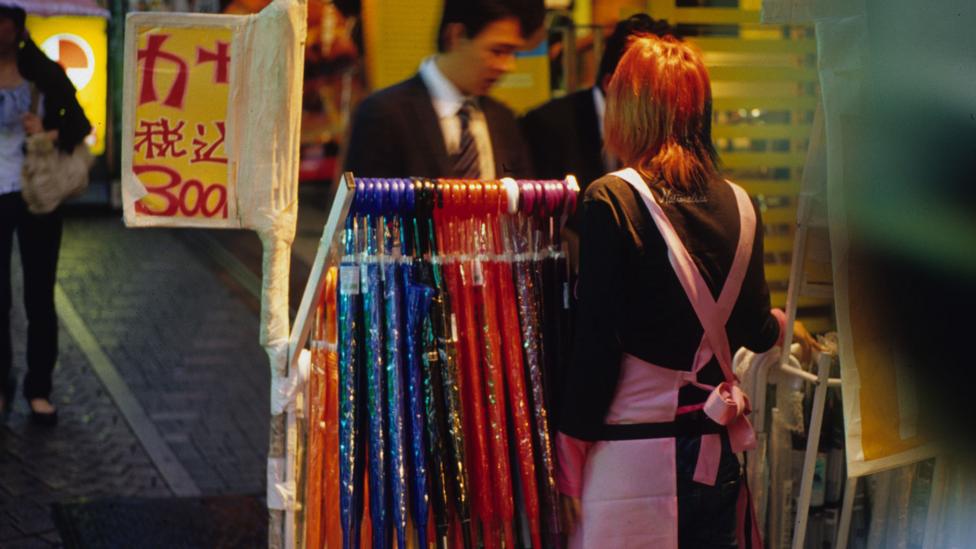 Clear plastic umbrellas like these are so common and cheap in Tokyo that they are often "up for grabs", according to West (Credit: Getty Images)

Likewise, in Shintoism everything, from rocks to trees, possesses a spirit. While organised Shintoism is a minority practice in Japan, omniscient objects permeate the culture. This is where Behrens’s idea that Japanese people are motivated by “fear” comes from; if you are always being watched and your natural disposition is to think of others first, it is natural that you would be bothered to hand in the lost item.

Broadly speaking, people in East Asia share collectivistic traits – prioritising others and engaging in behaviours that benefit the group – rather than individualistic traits, which are more often selfishly motivated. While Behrens pushed back on that generalisation earlier in her career, she believes that overall that spirit does exist.

In one study, US and Japanese mothers were asked to talk about their aspirations for their children. Behrens found that Japanese mothers would wish for their child to live a futsuu (average or ordinary) life, but you would almost never see that in Americans. Not all US mothers wanted their kid to be an international superstar, but it was overwhelmingly the case that desire for ordinariness was specific to Japan.

There is a beauty instilled in us to do something for the other. When someone hands something in to the police, they are not trying to get something back – Kazuko Behrens

“The collectivist view is about belongingness. To be ousted from the group you belong to would be the most significant trauma for mental health,” says Behrens. “It is so important to belong to some group in some way. Doing a good deed, returning a wallet; you feel that in the future someone else will do the same.”

“That is something that I believe is instilled in us,” she says. “There is a beauty instilled in us to do something for the other. When someone hands something in to the police, they are not trying to get something back. What if the person is in trouble or needs those things?”.

“The bottom line, of course, is that people in Japan have their lost property returned because of laws and norms, not some intrinsic notion of honesty. But it works,” says Mark D. West, a professor at the University of Michigan Law School, US, and an expert in Japanese law and the country’s legal system, who conducted the wallet-drop test in New York and Tokyo.

The legal concept of ownership in Japan isn’t remarkably "foreign”, he says. “Communal property is virtually unheard of except for that many people seem to regard umbrellas as up for grabs if not properly secured.”

The abundance of police officers and cultural traditions that prompt people to think first of others are perhaps more enlightening than any notion that the Japanese are more honest, in the eyes of Behrens and West. In any case, if you’re walking past a kōban, it might be worth popping in to say “Hi”.