English is the world’s dominant scientific language, yet it has no word for the distinctive smell of cockroaches. What happens though, if you have no words for basic scientific terms?

Just what is a fossil, anyway?

Whether the question is posed to 12-year-olds studying science or adults going about their daily business, many would struggle to explain.

For Zulu-speaking South African schoolchildren working with science communicator Sibusiso Biyela, an added challenge has been not just grasping the concept in English, but translating it back into Zulu, which doesn’t have words for such terms. While Zulu, or isiZulu as it is called in South Africa, is spoken by almost 12 million people, it lacks the words for communicating many scientific concepts.

Ilahle (“coal”), suggested one girl. It makes sense, since coal is a fossil fuel. A boy came up with a version of amathambo amadala atholakala emhlabathini (“old bones found in the ground”). This translation is intuitive but imperfect, as plants can be fossils as well.

Around the world, enterprising individuals often have to come up with local translations of scientific concepts. These can be lyrical, like bisaatsinsiimaan (“beautiful plantings”) for Einstein’s theory of relativity, devised by a mother-son duo who were translating astrophysics into the indigenous North American language Blackfoot, or Siksiká. 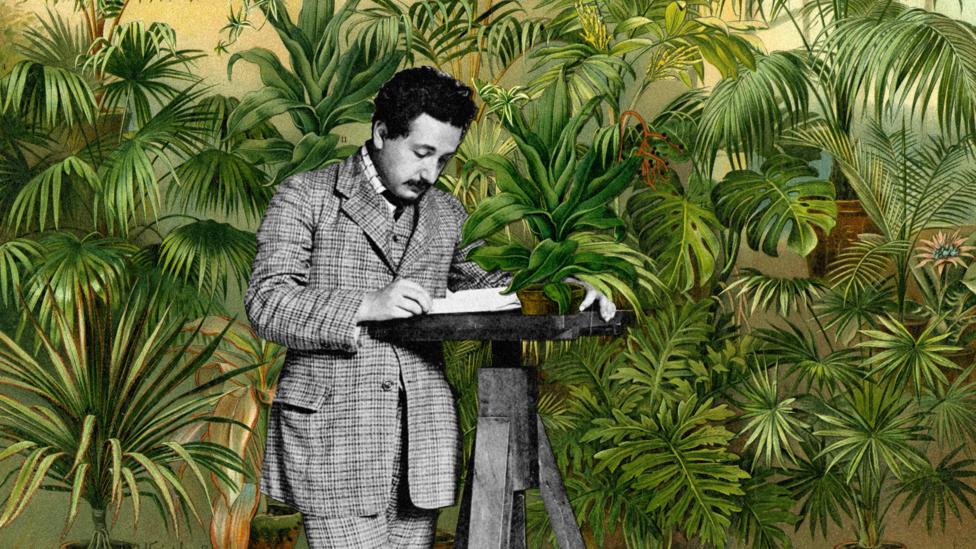 Or the neologisms can be focused on efficiency. This motivated one Scottish medical student to create a British Sign Language sign for a single piece of DNA , in place of the tediously finger-spelled “deoxyribonucleotide”.

Ultimately, Biyela believes, the actual words used aren’t the most important things. “The impact has not been the words themselves, it’s been the formula to come up with the words,” he says. Earlier this year he documented the formula he developed for Zulu in a powerful article for The Open Notebook, which elicited solidarity around the world from people facing similar issues (and also inspired this article).

The formula is crucial for developing Zulu terms for concepts that English speakers often take for granted, from “immune system” to “dinosaur”. This process creates an opportunity to correct some of the biases and errors embedded in the English terms. As Biyela points out, “dinosaur” is a misnomer, as it derives from the Greek word for “terrible lizard”. He opted for isilwane sasemandulo (“ancient animal”) instead.

In some cases where there are coinages for scientific words or medical conditions, they can end up reflecting inaccuracies and stigmas that persist in certain culture, such as describing a person with Down’s syndrome as a dumazi (“dwarf”) or ndondocha (“zombie”) in Swahili. This is why it also helps to have a more rigorous formula for creating new words, argues Biyela.

In some cases, however, neologisms can be perfectly poetic compared to their English equivalents. The clinical-sounding “immune system” has a more descriptive variant in Zulu: amasosha omzimba, which translates as “bodily soldiers”. This exemplifies how healthcare workers around the world explain a condition in lay terms that will be understood locally. 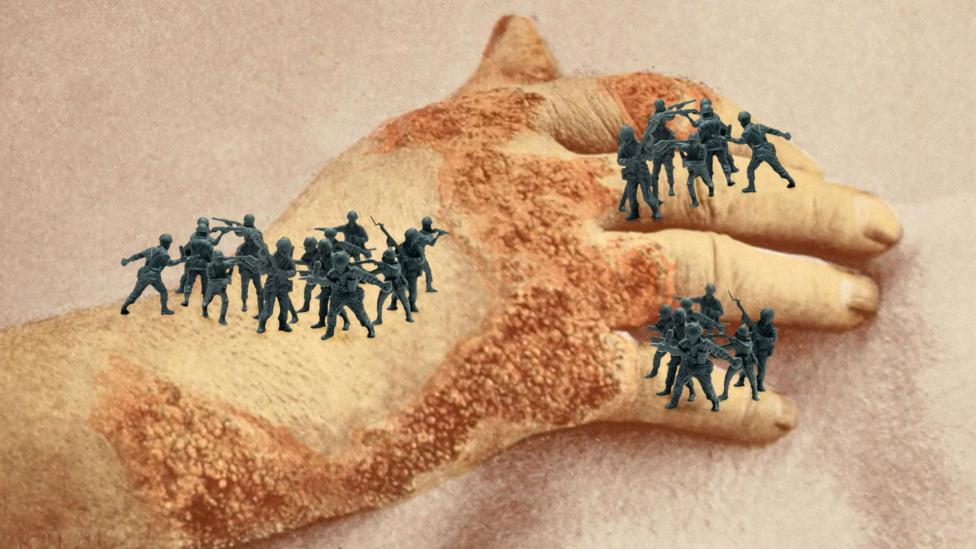 “We go about in a round way,” says Pradip Narzary, a doctor in the North Indian village of Tukrajhar. He draws a circle in the air for emphasis. In the local Boro language, he might refer to a mass rather than a uterine growth, or talk about water collections on a kidney rather than renal cysts. There are some cases, of course, where the English words are widely understood and then he uses them – such as “tumour” and “cancer”.

In many languages, however, medical workers and scientists themselves might not know the local terms for scientific concepts, if they exist, because relatively few textbooks and scientific papers are published in minority languages. For instance, the scientific establishment may not be aware of folk and indigenous terms for plants.

Suzi Oliveira de Lima, a University of Toronto linguist who focuses on Brazilian indigenous languages, explains other strategies for communicating concepts when the words aren’t there. In the Amazonian language Yudja, spoken by fewer than a thousand people, one strategy is to borrow words from Brazilian Portuguese, tweaking them to make them sound more Yudja. Yudja speakers often also reference the function of the object, such as axi saasaka, (“fire that flashes”) for “flashlight”, or the sound it makes, as in kiriri, which captures the sound of a zipper for the word “backpack”.

Whether the language is spoken by billions or hundreds, it is worth considering the relevance of translating scientific terms.

That can be tricky. For while Yudja contains many words for the starchy plant manioc, and Zulu traditional healers have named plenty of plant species that remain outside of Western medicine, English is a repository of many unique scientific words. In addition to having an unusually large vocabulary, English is now the dominant scientific language (a position previously enjoyed by German). 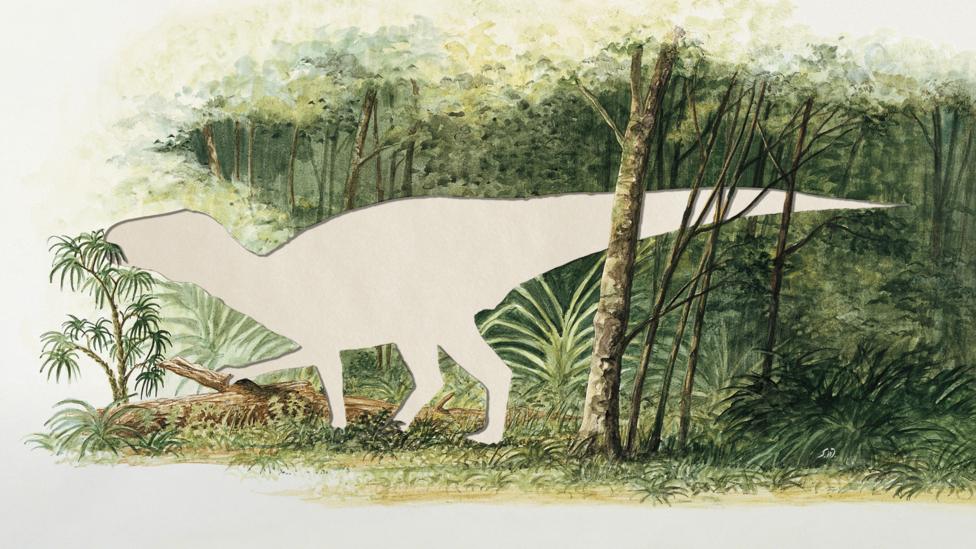 English is the dominant scientific language so translating concepts like dinosaurs into indigenous languages can be challenging (Credit: Getty Images/Javier Hirschfeld)

There are stark contrasts between English’s scientific dominance and, for instance, the language of a stateless minority. “Many academic words or scientific and marketing words are really lost in translation in the Rohingya community,” says A K Rahim, a sociolinguist for the non-profit Translators without Borders. More generally, “We have to think of languages in terms of…where is this culture in terms of historical trajectory or in terms of scientific progress, because some cultures haven’t been exposed to the Industrial Revolution.”

As a historically oral language, “the Rohingya language lacks words for concepts like paragraph, sentence, essay, etc,” Rahim says. Mathematical terms might be borrowed from Burmese, while the word for “word” is derived from Arabic.

Consequently, communication between Rohingya refugees and aid workers in Bangladeshi refugee camps has had to involve mutual learning, creativity and sensitivity. It’s been challenging for aid workers to explain the concepts of nutrition and nutrients, for instance. Thus “nutrition packets” (or food-containing aid packages) are often called shuji, which means “semolina” because the powdery content inside looks like the coarse durum wheat flour that the Rohingya people traditionally use to make porridge or puddings.

This isn’t just a matter of conversation. “Not knowing the word for ‘diarrhoea’ or not knowing the word for ‘vaccine’ could be very dangerous,” Rahim points out. Translators without Borders are recording a glossary, based on discussions with Rohingya speakers from different refugee camps, and from multiple generations and dialects. The hope is that eventually speakers of Turkish, English, Rohingya and Chittagonian (a Bangladeshi language) can all understand the meanings of even very localised words. 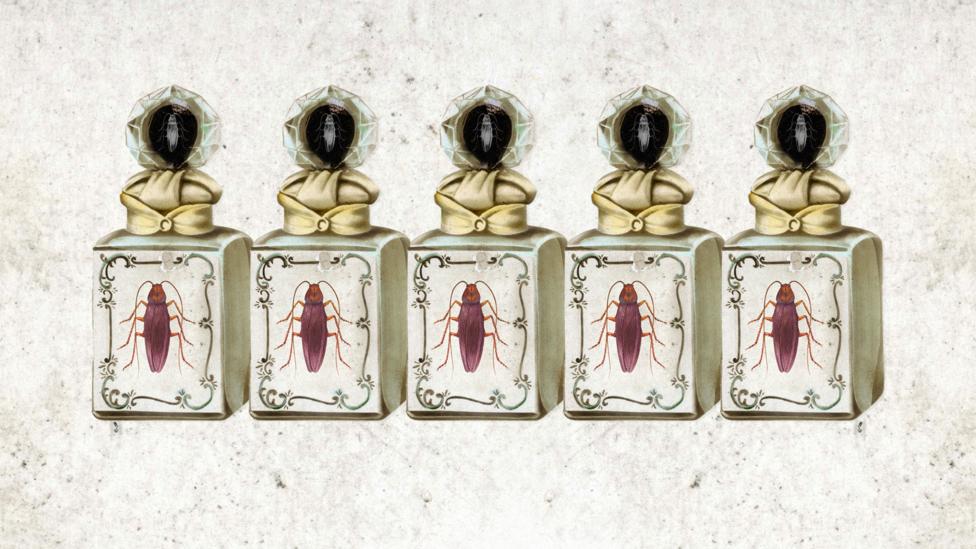 Thai speakers have many more words for odours than European languages, including a word for the odour of cockroaches (Credit: Getty Images/Javier Hirschfeld)

But vaccines, flashlights and dinosaurs are all concrete items. What about more elusive items, like those that refer to the senses? As University of York psycholinguist Asifa Majid and her colleagues have found, many European languages are very limited in describing smells. Thai is much more descriptive, and Thai speakers communicate about odours much more often, including terms like hʉ̌ʉn and měn hʉ̌ʉn (associated with oil for frying), sàap (for the odour of cockroaches), and hɔ̌ɔm grùn (for warm foods like bread fresh out of the oven). Unsurprisingly, smells are very important to religious and culinary practices in Thailand.

It’s hard to grasp the absence of a term, so here’s an example of a fairly recent entry into the English lexicon: the Japanese flavour term umami. “Scientists discovered the taste receptor that’s sensitive to umami, MSG, things like that, in the early 1900s,” explains Majid. “But it wasn’t accepted in Western science until the 1980s…That’s an interesting case, where the science and the public acceptance go hand-in-hand.”

It wasn’t that Westerners couldn’t taste the umami flavour until they had a word to describe it. But they didn’t find it as easy to practise that perceptual ability. “It wasn’t something that was as accessible to people. I think that having language does make it more salient in consciousness,” says Majid.

That is an intriguing point when it comes to scientific terms, but it is important to note that even if a language lacks a certain term, it might not suggest a radically different worldview. For instance, Brazilian linguist de Lima says Yudja “is a language that in the past did not have native words for measuring”. While fluency with mathematical language does affect the ability to do arithmetic, this doesn’t mean that Yudja people didn’t measure substances before borrowing the Portuguese word litro. Instead, they might have used fingers (like “feet” in English) to express height. (Read more abouthow we measure without using mathematics.) 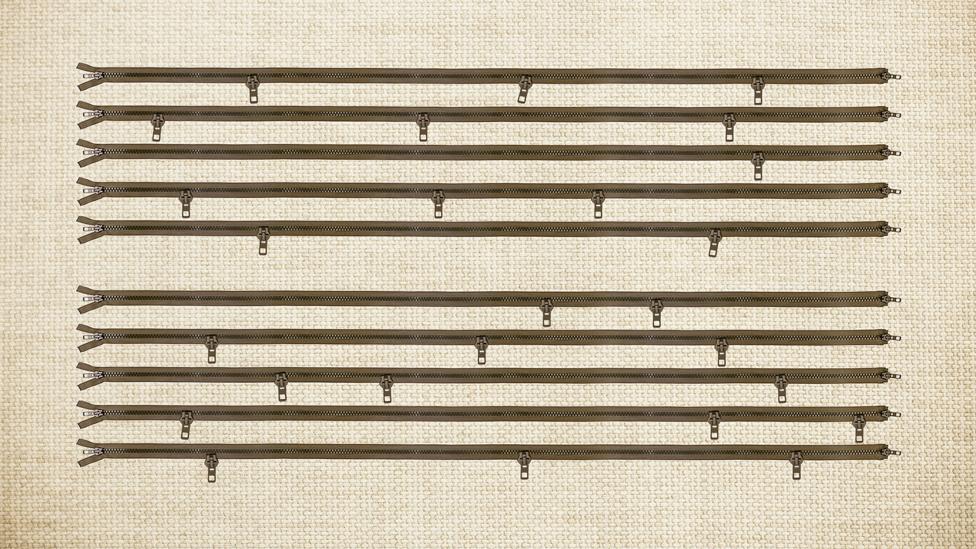 Yudja speakers often refer to function of objects, such as their word for backpack, which captures the sound of a zipper (Credit: Alamy/Javier Hirschfeld)

“When you cannot find an exact translation for a particular concept,” de Lima stresses, it might be that speakers of that language express it in a different way. To give another example, not having words for units of time like “hour” doesn’t mean a society lacks a notion of time. Instead, Yudja culture traditionally tracks time in terms of how often the sun rises or its position in the sky. (Read more about why we often think about time in the wrong way.)

Ultimately, the world is enriched by understanding these variations in concepts like “old bones” and “fire that flashes”. Queen’s University linguist Anastasia Riehl gives one example among Lulamogi speakers in Uganda, for example, who “worry that as people forget the dozens of terms that describe methods of trapping and eating white ants – such as okukunia, okutegerera, and okubuutira – they will forget this important cultural practice”.

More generally, Majid says “the fact that we see different aspects of experience are more or less expressible in different languages brings up the possibilities of borrowing the tricks that the other languages have developed”.

This raises some tantalising possibilities. Perhaps if English weren’t so limited in describing smell, while being so focused on vision, inventors would have long ago created the equivalent of glasses for the nose.