People love to moan that vegans are annoying: research has shown that only drug addicts inspire the same degree of loathing. Now psychologists are starting to understand why – and it’s becoming clear that the reasons aren’t entirely rational.

In July 2019, a bare-chested, pony-tailed man turned up at a vegan market in London, and began snacking on a raw squirrel. In video footage of the bizarre incident, the pro-meat protester can be seen clutching the animal’s limp, furry body – sans head – while a stunned crowd waits for him to be arrested. His mouth is encrusted with blood. At one point, a passing onlooker asks “Why are you doing this?”

This, it turns out, is a deceptively tricky question to answer.

As the popularity of vegan life continues to gather pace, a tide of vitriol has risen. To eat meat, or not to eat meat: the question has become a battleground, with passionate carnivores and vegan activists deploying some deliciously headline-grabbing tactics. There have been pig robberies. There have been defiant public carvings of deer legs. There have been nude protesters smothered with fake blood. There have been provocative sandwiches.

Though it’s natural for people to disagree, the passionate rage – and even mild irritation – that veganism stirs up seems to defy rational sense. Research has shown that only drug addicts face the same degree of stigma – and the least popular vegans of all are those who cite animal cruelty as their reason. Given that most of us would probably like to see less suffering in the world, why is there such resentment towards those who do something about it?

Read more from The Vegan Factor on BBC Good Food

If you dare to ask, veganophobes have plenty of reasonable (and not-so-reasonable) sounding explanations at the ready. First up there’s the hypocrisy argument – the idea that vegans have blood on their hands, too – in the form of plant massacres, the environmental cost of avocadoes, and all the field mice killed while harvesting crops.

But even when vegans are consistent, this also seems to fuel their bad publicity. In the UK, a campaigner recently caused a stir when he revealed that he won’t use public transport, in case it runs down any unfortunate insects.

Other popular arguments include the perception of vegans as over-smug – as the joke goes, “How do you recognise a vegan at a dinner party? Don’t worry! They’ll tell you!” – and over-zealous; a rapper recently cancelled a gig after the singer Morrissey insisted on an all-out meat ban at the venue. On forums, vegans face bizarre accusations like “only psychopaths like vegans enjoy tofu bacon”.

But are these really the reasons that people hate vegans? Not everyone is convinced. Some psychologists take another view – that far from being driven by factors within our conscious awareness, the widespread resentment we have for vegans is down to deep-seated psychological biases. 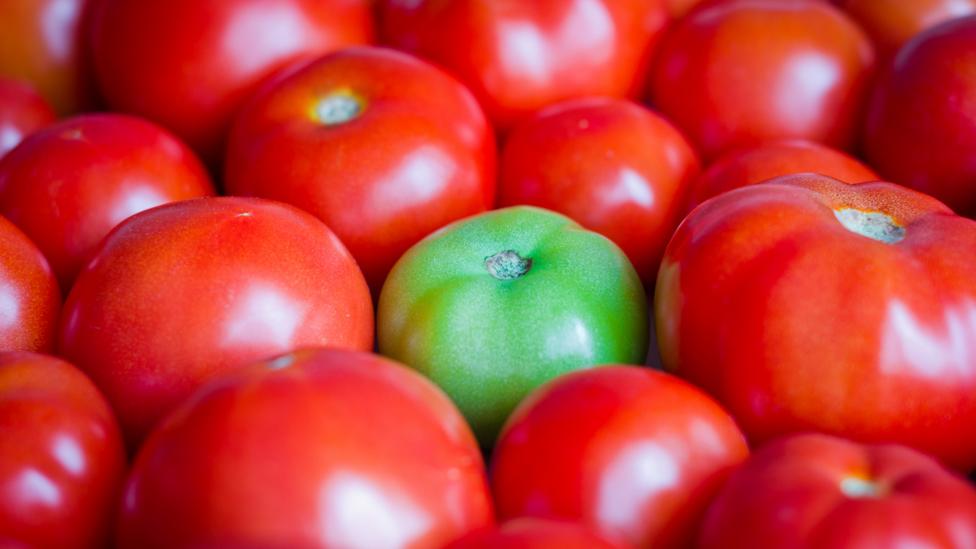 Hank Rothgerber, a social psychologist at Bellarmine University, Kentucky, thinks it all comes down to answering the question: how do we continue to eat meat?

“So basically we live in an era today, at least in the Western world, where there’s more and more evidence, more and more arguments, and more and more books about how eating meat is bad,” says Rothgerber. “But still, our behaviour hasn't changed significantly.” He points out that 2018 looks set to be – it takes a while for the annual statistics to be released – the year with the highest per capita meat consumption in the history of the United States.

“So what I’m looking at is, how do people rationalise that, and still feel like they’re a good person?” To continue to eat meat, Rothgerber suggests, requires some serious mental gymnastics. Luckily, our brains are extremely good at protecting us from realities we don’t want to face – and there are a number of psychological tricks at our disposal.

If you bring your cod and chips home to eat in front of your beloved goldfish, or tuck into a rabbit stew mere moments after cooing over various #rabbitsofinstagram, you’re likely to encounter “cognitive dissonance”, which occurs when a person holds two incompatible views, and acts on one of them. In this case, your affection for animals might just start to clash with the idea that it’s OK to eat them.

According to Rothgerber, people tend not to think of meat eating as an ideology

Some psychologists call this the “meat paradox”, though it’s also been couched in stronger terms – as “moral schizophrenia”.

The tension that results can make us feel stressed, irritated, and unhappy. But instead of resolving it by changing our beliefs or behaviour, it’s quite normal to blame these feelings on something else entirely – all without realising we’re doing it. For example, when stockbrokers make a loss on certain investments, they tend to blame their managers. This allows them to continue believing that they make excellent decisions, while facing the fact that they’ve achieved the exact opposite of what they’re paid to do, and actually lost money.

In the case of eating meat, Rothgerber suggests we have a number of strategies – around 15 – which allow us to avoid facing up to the meat paradox. These include pretending that meat has no link to animals, imagining that we eat less of it than we really do, wilful ignorance about how it’s produced – helped by the cartoons of happy farm animals that we’re exposed to from childhood – and only eating meat from animals which are “humanely” farmed.

Unfortunately, most of these are derailed by the presence of vegans.

According to Rothgerber, people tend not to think of meat eating as an ideology. The dominance of meat eating around the world helps the omnivores among us to avoid the idea that it’s a choice – it’s just what everyone else is doing. But when a vegan turns up at a dinner party, suddenly we’re bumped out of the comfortable “mainstream diet” category and into the unsettling “meat-eating” category. By their mere existence, vegans force people to confront their cognitive dissonance. And this makes people angry. 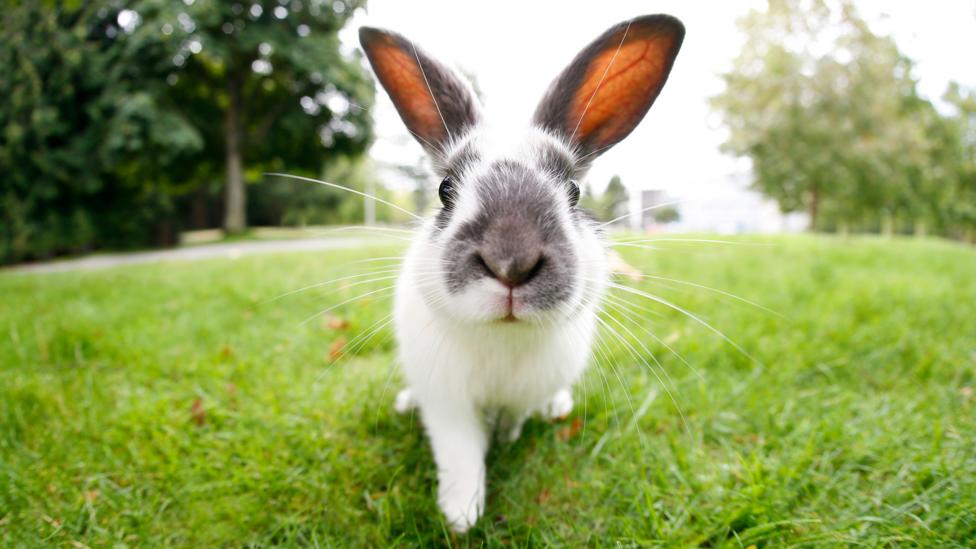 Meat eaters show "cognitive dissonance" when they can balance their meat eating with a love for animals (Credit: Getty Images)

One popular way to resolve cognitive dissonance is by reasoning our way out of it.

Decades of psychological research have shown that, when making a decision, people tend to allow themselves to reach their preferred conclusion, as long as they can invent a rational-sounding justification. For example, one study found that when participants wanted to believe that they would be academically successful, they were more likely to recall their past successes than their failures, to creatively tack together an explanation that seemed to support this.

In the case of meat, this “motivated reasoning” might lead people to find explanations for why eating animals is the correct decision. And one of these is that vegans are bad.

In a study led by Julia Minson, a psychologist from the University of Pennsylvania, participants were surveyed about their attitudes towards vegans and then asked to think of three words that they associated with them. Just under half the participants had something negative to say, and intriguingly, 45% included a word which referred to their social characteristics. For example, vegans were allied with the words “weird”, “arrogant”, “preachy”, “militant”, “uptight”, “stupid”, and – mysteriously – “sadistic”.

The reputation of vegans probably isn’t helped by the fact that non-meat eaters really do think they’re better than everyone else; vegetarians tend to rate the virtuosity of other vegetarians more highly than that of non-vegetarians. But it’s also true that most of us agree with them – and this is a major source of animosity.

In line with this, the more righteous the study participants expected the vegetarians to be, the harsher the words they chose to describe them.

“There's a lot of research on how we don't like members of groups who are potentially morally inferior, or which society sees as wrong,” says Benoit Monin, a psychologist from Stanford University who was also involved in the study. “But it's intriguing to me that we also reject members of groups who have made laudable choices on purpose.”

There’s mounting evidence that we’re particularly threatened by people who have similar morals to us, if they’re prepared to go further than we are in order to stick to them. In the end, our fear of being judged far outstrips any respect we might have for their superior integrity.

For a second study, the team asked some participants to think about how vegetarians would judge their morality, before rating the degree to which they’re likely to possess a series of personality traits. Others were asked to do the same thing, but the other way around. They found that those who had thought about being judged by vegetarians first, tended to associate vegetarians more strongly with negative words. 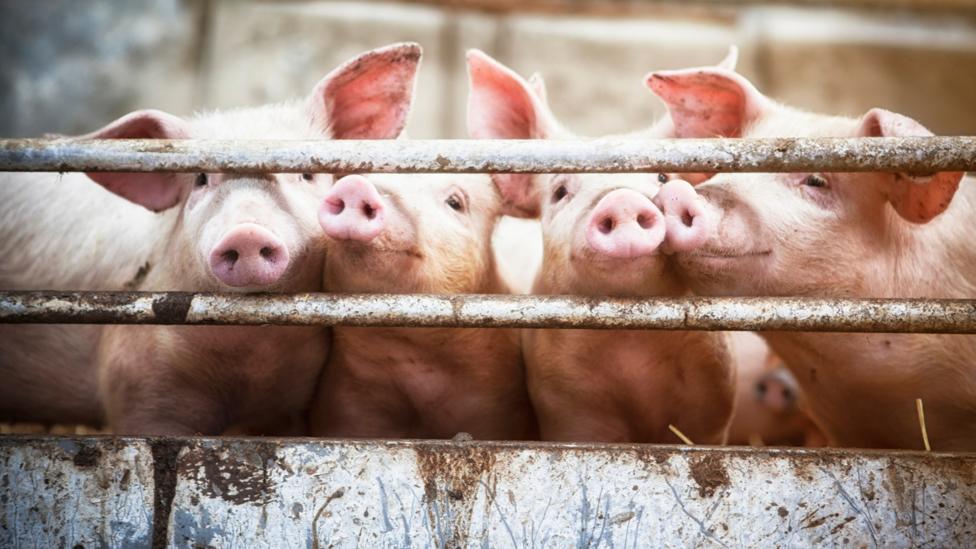 Believing the cliche of happy farm animals is one such psychological trick meat eaters rely on to justify their habit, research suggests (Credit: Getty Images)

In fact, Monin says this fear of reproach is so potent, vegetarians are likely to be more threatened by vegans than non-vegetarians are. “They agree that there is something wrong about raising animals for food, and now they're faced with someone who's putting their money where their mouth is, more than they do.”

They’re right to be afraid; research shows that vegans think vegetarians are hypocritical. According to Rothgerber, “do-gooder derogation” might be a way of shifting attention away from our own dubious decisions, to help to soothe the uncomfortable feelings that cognitive dissonance creates.

The finding also explains why ethical vegans and vegetarians are more irritating to omnivores than those who choose the lifestyle for health reasons.

“It's really hard to say "I don't think it's cool to be complicit in a system of animal slaughter. But, you know, you should do what you want... I'm not judging you”,” says Monin. Instead, arguments which sidestep morality entirely are much less aggravating. For example, suggesting that you’re a vegan because of some idiosyncrasy, such as that you grew up on a farm, lets carnivores off the hook. It’s not your fault if you didn’t, and this experience would be impossible to replicate as an adult.

Ironically, the same psychological biases also mean that pro-veganism adverts which focus on animal suffering could have the opposite of the intended effect; while some people might react by eating less meat, those who choose not to change their behaviour are likely to deal with the discomfort they feel by trying harder than ever to justify their actions – leading them straight through the door of the next chicken shop.

So the next time a squirrel-eating activist hits the headlines, just think: deep, deep down, they might actually be an animal-lover, going to elaborate lengths to cover it up.