For a country often depicted as the pinnacle of high-tech living Japan has a surprising and enduring obsession with paper. That might finally be changing.

Nestled amid the soaring skyscrapers of Tokyo’s central business district, Kiyoshi Takagi, practises an art form that is more than 1,300 years old. He is making washi paper, a craft now protected by Unesco as an Intangible Cultural Heritage of Humanity.

Washi refers to paper made using traditional Japanese methods that is stronger and more durable than its flimsier industrially-produced cousin, says Takagi, manager of Ozu Washi, a shop and museum dedicated to the art. Traditionally, it was not only used for writing and painting, but also lanterns, umbrellas, clothing and the iconic shoji sliding doors and walls.

Tagaki thinks that was partly due to Japan’s sakoku, or “closed country” policy, a 220-year period of self-imposed isolation from the mid-1600s that severely restricted trade and consequently access to materials and technology. “Even things like glass weren’t available to us until the Meiji period, which was the 1800s,” he says. “The lack of industrial power forced Japanese people to make use of what was available to them.” 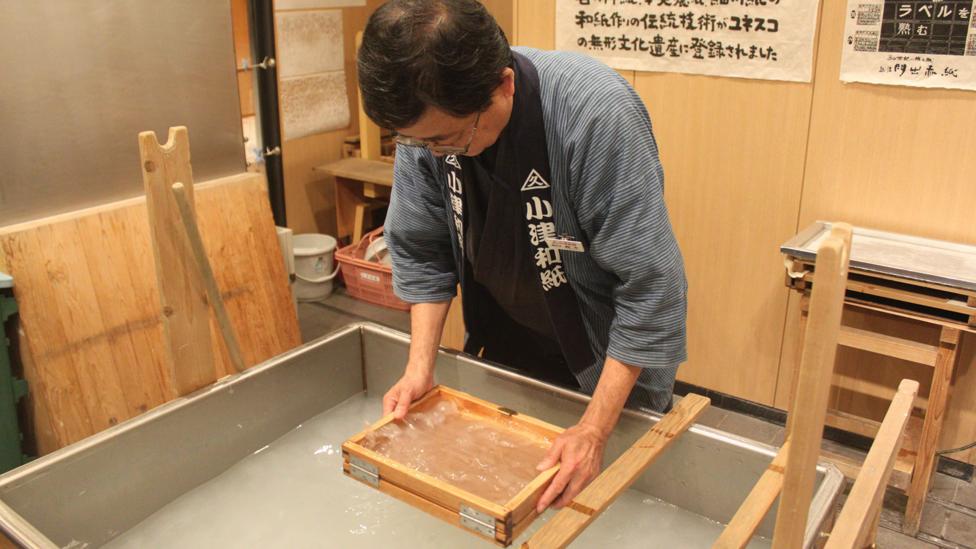 Japan’s isolation ended nearly two centuries ago and more recently the flow of technology and ideas has decidedly reversed, but intriguingly the country’s love affair with paper persists. Cash is still king; paper packaging is ornate and extensive; fax is still widely used; exchanging business cards is a mandatory professional ritual; and paperwork is endemic in business and government.

Japanese society is lagging because we have tons of paperwork

The government is trying to change that, encouraging cashless payments and attempting to replace paper-based transactions with online ones. While young people are increasingly switching to a paperless existence, there are a growing number of innovations happening with paper that suggests the relationship is far from over.

While it’s easy to take a romantic view of Japan’s cultural connection with paper, its over-reliance on cash and paperwork is a genuine problem. While its nearest neighbours – China and South Korea – have eagerly adopted digital transactions, more than three quarters of payments in the country are still made with cash. It costs the government around ¥1 trillion (£6.8 billion) a year to print and transfer paper bills, according to Nomura Research Institute, while handling cash costs businesses roughly $73.60 billion (£55 billion) a year, Mizuho Financial Group estimates.

In an effort to shift the needle the government recently offered a rebate on sales tax if shoppers went cashless, but there are few incentives for shops to accept them. Kawakita Toshio runs a toy store in Kiyosumishirakawa, Tokyo, and started accepting digital payments – both card and app-based – in 2018, but 99% of his transactions are still in cash. 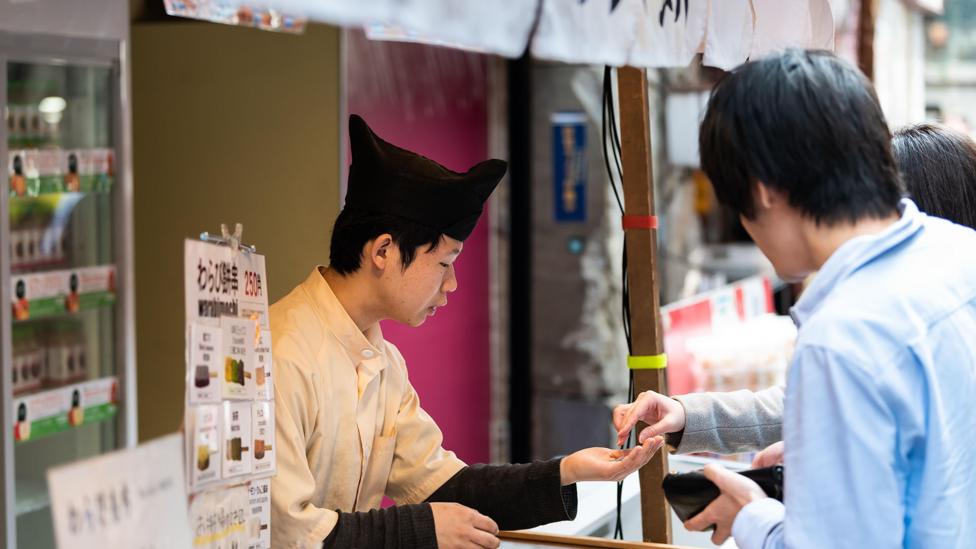 Despite efforts from the government, consumers still prefer to pay by cash (credit: Alamy)

Transaction charges and a lack of customer demand mean few shops in his area accept cashless payments, he says. Many owners are also from older generations and not au fait with digital processes. “You need at least a bit of technical literacy,” he says. “I’m an exception because I can use computers. For other people from my generation it’s a hurdle.”

Japanese businesses are also drowning in paperwork, exemplified by the fact that fax is still widely used in Japan.

Every year companies have to fill out multiple forms for each employee, including for tax pensions and insurance and everything from setting up new businesses to transferring property requires paperwork to be signed off by a notary.

“Japanese society is lagging because we have tons of paperwork,” says Masayuki Ogata, chief operating officer of Freee, which provides cloud-based HR and accounting services to small businesses. Part of the reason it’s so stubbornly prevalent, he thinks, is Japan’s tradition of lifetime employment. Workers stay in jobs for decades and build up intricate, personalised filing systems that they’re reluctant to change.

While the change might appear frustratingly slow for some, it’s much more obvious to Yusaku Sato, 83. For more than 65 years he has been making hanko – small ink stamps used to authenticate documents the same way signatures are used in the West. Every Japanese person has at least one hanko and it is mandatory to make a company hanko when opening a new business. But increasing digitisation and efforts to reduce paperwork mean they aren’t required for nearly as many business processes as before, Sato says. 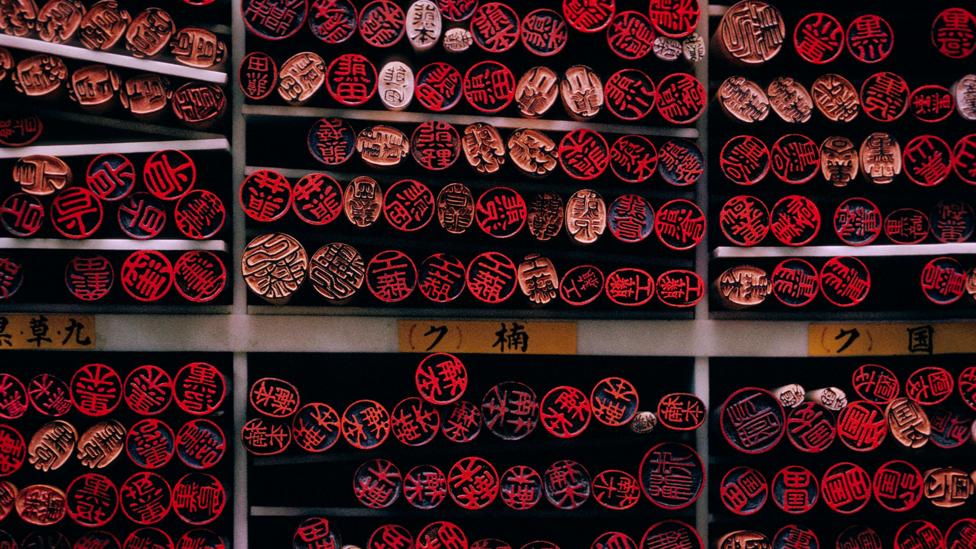 Everybody in Japan has at least one personalised hanko stamp (credit: Alamy)

“The government has been pushing for a “hanko-less” society for a few decades,” he says. “About 30 years ago I remember having a lot of business. I would need to stay up until 2am to catch up with demand and I was making [a] profit.” Things are different now; Sato’s business is afloat but he says it isn’t making any money

Today almost all his sales are from personal hankos which don’t net much. Only a few local shops still use the more lucrative company hankos for receipts and other daily functions. Sato’s son is taking over the shop, but he doesn’t expect his grandchildren to stay in the family business. He understands the desire for efficiency but thinks it will be a shame if the hanko fades out completely. “It’s like a small [piece of] art that people can possess,” he says. 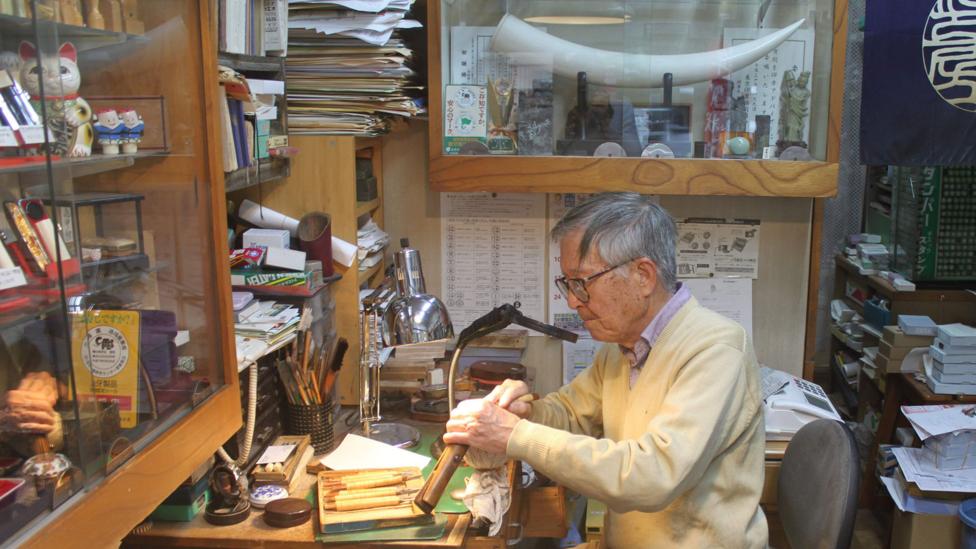 Yusaku Sato has been making hanko by hand for more than 65 years (credit: Edd Gent)

Getting rid of the hanko isn’t a simple proposition though. Leading bank MUFG recently engaged American company Ripcord, which makes computer vision-powered robots that can rapidly digitise paperwork. The company will scan 163 million customers’ hanko stamp records so the bank can automate the processing of requests.

“They say that they have so much paper in the bank that it would be like stacking Mount Fuji three times over,” says Ripcord’s founder Alex Fielding. That kind of paper backlog is not unusual in Japan, he adds, and is why the company chose it as its first market to expand to outside the US. They’re already working with a dozen other companies in the banking, insurance and medical industries.

Despite the war being waged on paper though, the material still has its cheerleaders and many in Japan are finding creative new uses for it. Architect Shigeru Ban has made a name for himself using paper tubes in his creations, most notably in temporary structures in disaster areas.

“I think that we can make even temporary housing better, more comfortable, more beautiful,” he told an audience at Davos in 2015. He said the use of paper tubes was inspired by a desire to not waste anything and to take advantage of easily accessible and inexpensive materials. But after a temporary “paper” church donated to earthquake survivors in Taiwan ended up as a permanent fixture of the community he realised paper could have staying power. 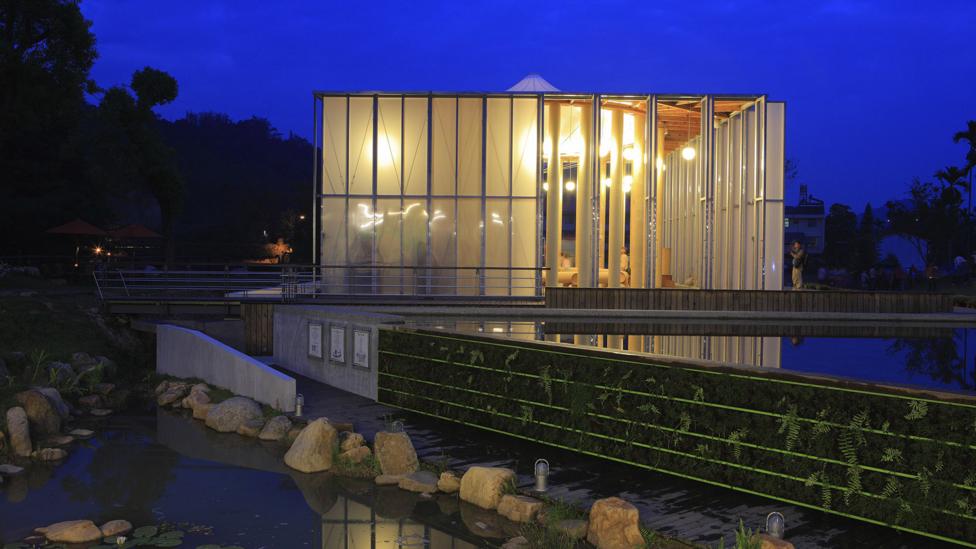 Paper-based technology also made an appearance at the 2019 Tokyo Motor Show. Oji Paper, one of the world’s biggest paper producers, teamed up with Toyota to show off a windscreen made from a combination of polycarbonate and cellulose nanofiber (CNF) that’s stronger and lighter than conventional automotive glass.

CNF is processed from wood-pulp, the same raw material used for paper, to create a material that’s lightweight, transparent and stronger than iron, says director of the board Yoshiaki Takeda. It’s already been commercialised for construction applications including as a spray coating for reinforcement and to replace mortar as a lubricating agent in concrete pumps.

The company has also developed a biodegradable, air-tight packaging by nanocoating paper with a mineral called china clay. It currently costs roughly double what plastic wrapping would, says Takeda, but he thinks it will be popular with environmentally conscious companies.

There are also still strong advocates for paper’s analogue charm in a world that is becoming increasingly digital. Japan’s so-called “techo culture” celebrates the pleasure of organising and documenting ones life in a planner, or techo. Few companies represent the culture better than Hobonichi, whose techos have developed a cult-like following.

That’s thanks to their obsessive attention to detail and some clever design features. The spacing between lines has been tweaked by fractions of a millimetre several times and the planners include a full page for every day of the year. Ensuring a book with more than 400 pages was slim enough to fit in a pocket even forced them to source the perfect paper from Tomoe River, which makes speciality papers for industry.

Each piece of paper has its own beauty

Customers use the techos for all kinds of reasons, the company says, from planning to journaling to documenting hobbies, but they are also miniature pieces of art and a revealing window into the inner lives of their authors. There’s a growing trend for people to share their beautifully constructed techo pages on Instagram, a vision of paper and digital technology merging. 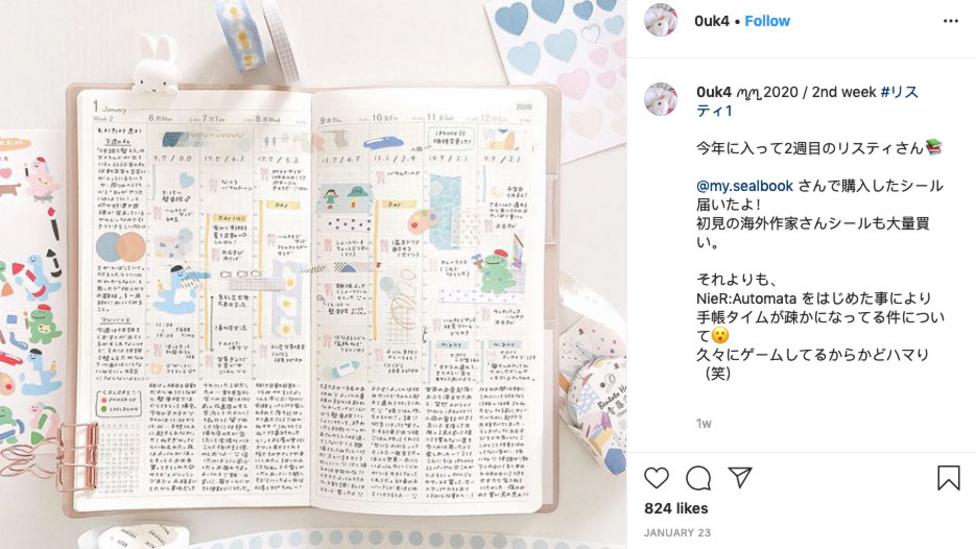 Sharing beautiful pages of techo journals on social media is on the rise (credit: @0uk4)

But in a world where so many aspects of our lives are mediated by our smartphones the techos also provide a more concrete record of our lives, says Yuri Kimura, who like most of Hobonichi’s staff is an avid user. “As long as our life is offline, we need this,” she says. That’s a trend that’s shared with people all over the world as seen in the rise of the hugely popular pen-and-paper organisation system of bullet journals.

Tagaki sees a similar reverence for the physicality of paper in his washi shop. Most of his customers are artists or hobbyists. He observes them making their selection by picking up the paper, feeling it and holding it to the light. “Each piece of paper has its own beauty,” he says, “and customers choose the ones they want to work with carefully.”

Whether that connection will remain in the coming decades remains to be seen, but in the museum above Ozu Washi’s shop an inconspicuous sign on the wall reads “People make paper, paper makes culture”. “If you don't write things down people forget,” Takagi says. “We owe paper for the development of modern culture.”