One of the best-selling board games of all time makes several cardinal sins of good design, drawing a great deal of ire over the years about how long it takes to play.

It was a slow Monday evening when Eddie Leeds, Howard Finkel, Allen Paulenoff and Sherman Fogel sat down to play a game of Monopoly. The four students at the University of Pittsburgh had been playing for several hours when they decided to pool their resources, grouping two teams to keep the game going.

Late into that Monday night on 27 November 1961, with no end in sight, the four students felt that to pack up their game would be a waste. How long could they keep playing for? They wanted to find out. Leeds rang KDKA, the local news affiliate, to tell them they were going for a record-breaking attempt. At 3am on Tuesday the local news crew arrived.

By Wednesday the game looked in jeopardy – the bank’s money had run out. The players wired Parker Brothers, the games manufacturer that published Monopoly before it was later absorbed into Hasbro. According to local news reports, the students received a reply from the company president which read: “Refuse to let bank fail. Rushing one million Monopoly dollars to you by airmail – carry on.”

The toy money was flown to Pittsburgh International Airport before being delivered in an armoured truck.

The four students had inadvertently revealed an interesting loophole in Monopoly: the bank cannot run out of money. This is now written into the Monopoly rule book. But don’t get your hopes up for an armoured truck pulling up outside your house. Should the float ever run out, the rules dictate the bank can issue IOUs, which can be exchanged for cash when the bank becomes solvent again.

Soon, Life photographers, a journalist from the Wall Street Journal and local TV news crews had gathered at the student’s fraternity house to document the game. 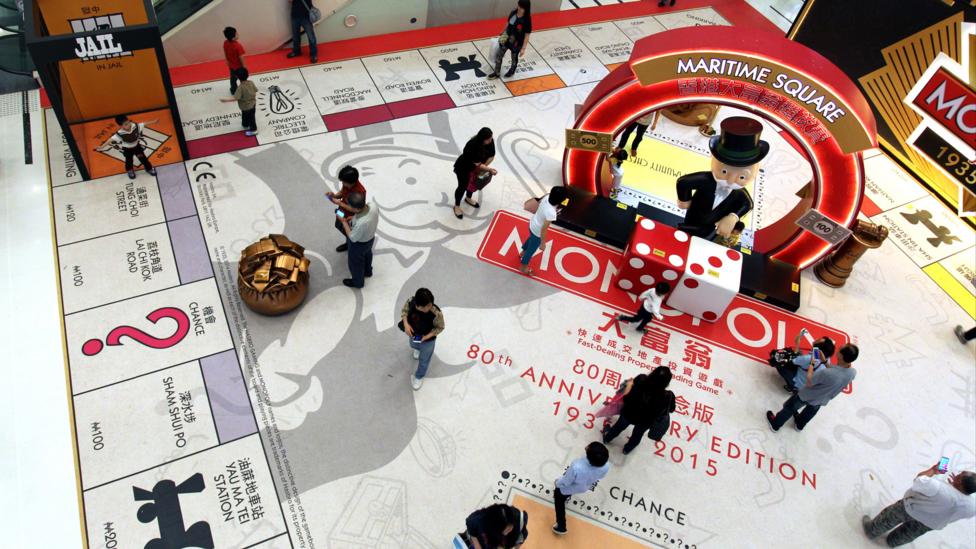 Shoppers in China walk over a giant version of the game which celebrates its 80th anniversary (Credit: Getty Images)

With the game going around in circles, the two teams finally agreed to count up their money and declare a winner. Parker Brothers’ vice president came to make the final roll of the dice. Finkel and Leeds finished with $146,000, Paulenoff and Fogel, $133,000.

If the thought of a five-day Monopoly marathon has you in a sweat, it is probably a reflection of many other people’s experiences of the game. Monopoly is long. Very, very long.

“It is a tragedy that so many children's board game memories centred around Monopoly, which is a miserable experience,” says Hazel Reynolds, founder of Gamely Games. “It is nostalgic to think about it, until you start playing.”

The greater the margin someone is winning by, the easier it is to increase that margin

“It is really fun for the first bit and then for the person who is winning. For everyone else, losing is inevitable.”

Reynolds description of Monopoly is what is known as a positive feedback loop, whereby the greater the margin someone is winning by, the easier it is to increase that margin. Having more money means you have more options available to you, with no negative effects. The losers keep losing and the winners keep winning. It is practically impossible to make a comeback.

The game was originally intended to be a reflection of real life, where those with money are most able to make more, while those with least will struggle to get out of their rut. But for a game, it doesn’t make it a lot of fun.

The fact that the bank cannot go broke only exacerbates this problem. Without limited resources there is no end to how dominant the leader can become.

Reynolds's frustrations with Monopoly are shared widely with other board game players, too. The site boardgamegeek.com, a database which aggregates reviews from players, lists Monopoly at 18,583 out of 18,591 rated games. The game has an average rating of 4.36 out of 10 from over 25,000 reviews. The lowest ranked game, if you are curious, is Tic-Tac-Toe. 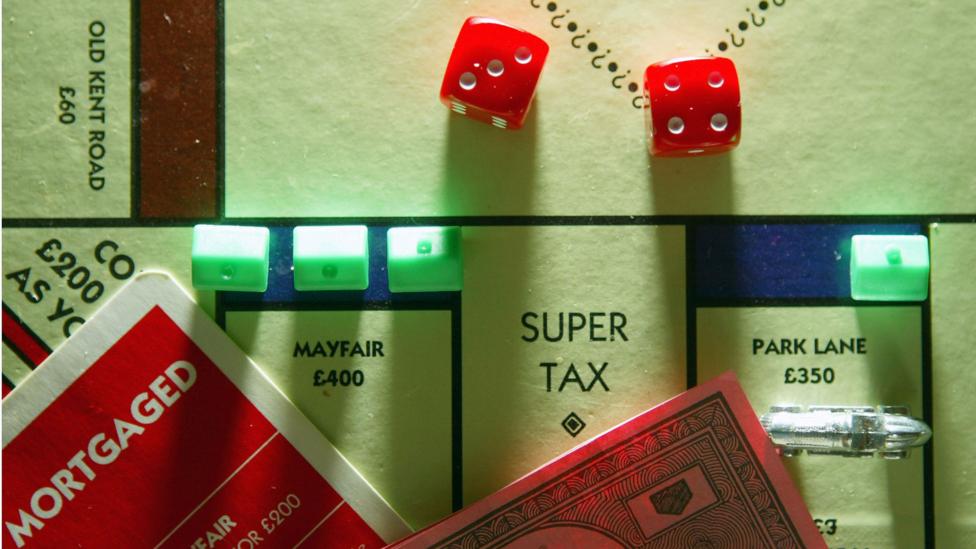 “What it comes down to is luck,” says Reynolds. “There are no changing objectives, the board is always the same. There is not much strategy. Add to that all of the down time between turns and you can see why people get bored.”

To compound this, many people are unaware of a rule that can make the game quicker. The “auction rule” means that if a player lands on an unowned property and chooses not to purchase it, the banker can place it up for auction immediately and sells it to whoever bids the highest price.

Although many experienced Monopoly players know this rule already, some keener players choose to ignore this rule. The theory is that the face value of the properties is already disproportionately low, so there should never be an occasion when someone turns down the opportunity to buy something.

But while playing the auction rule can speed things up slightly, there is a faster way to play Monopoly.

Dan Myers recalls rolling his eyes every time his son asked him to play Monopoly. “One day we got into a discussion about how long it takes to play, so we messed around seeing how fast we could finish a game,” says Myers, a sociologist, and now provost of American University, in Washington DC. “He would try to win and I would try to lose. Eventually we did it in under five minutes.”

The father and son then tried to work out what would be the shortest possible game of Monopoly to be concluded with a clear winner and no self-sabotaging. Their first suggestion takes four turns and nine dice rolls in a two-player game, but you need some very specific dice rolls to go your way. 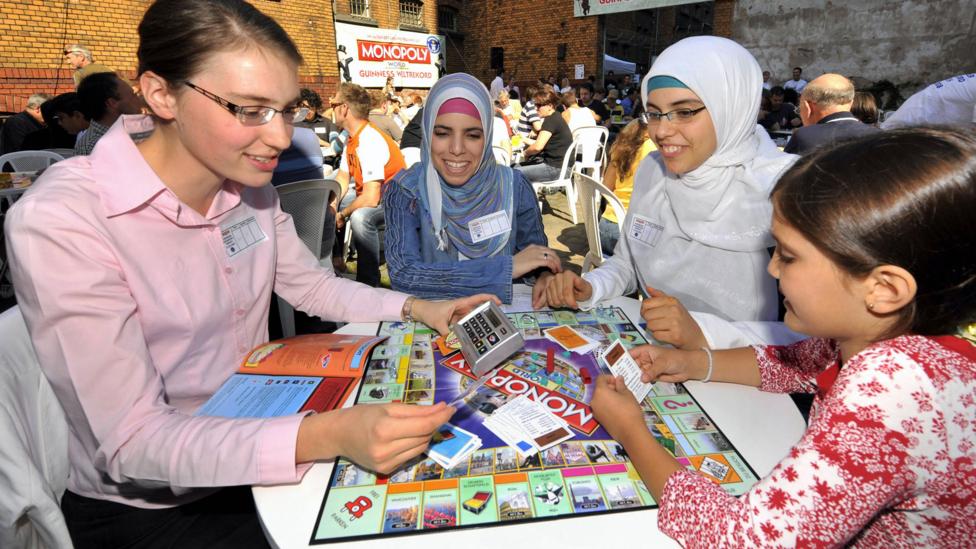 Player one needs to roll two double sixes in a row followed by a four and a five to land on the third Community Chest space on their first go. The top card then needs to be the “bank error” card which awards player one 200 Monopoly dollars.

Follow this up with three more turns with similarly specific instructions and player one can end up owning houses on Park Place and Boardwalk (or Park Lane and Mayfair in the UK version) while player two is 100 Monopoly dollars in arrears. Game over.

If an average game lasts two hours, this would require every single person on the planet to play back-to-back two-player games for almost 16 years before one game finished in four turns

The odds of all the dice and cards falling in this way is about once in every 271 trillion games. If an average game lasts two hours, this would require every single person on the planet to play back-to-back two-player games for almost 16 years before one game finished this way in four turns.

“People overestimate the probability of things happening,” says Myers. “In social psychology literature it is fairly well established that people are poor at assessing risk. You have to remember that it is incredibly unlikely that someone will win a game in only a few turns.”

In 2010, Myers staged a version of this game on YouTube to show that it could be finished in 21 seconds. “The entire internet is smarter than you, though,” says Myers. “Someone came up with an eight-roll game. So, we worked harder and came up with a seven-roll one [which can be completed in 13 seconds]. That version has withstood the test of time.”

Myers says that in playing as speedily as possible he learned that certain assets in the game are a waste of time. “Utilities for example, they are losers in the long run,” he says. “The other thing is you have to build as fast as you can. If you have two people playing you are more likely to have a winner. Four people makes it hard to build, so it makes it harder for anyone to win.”

Is there a better game?

Reynolds, who developed her first game, Randomise, as a way to lure her 12-year-old sister away from her iPad, believes that the best games give all players a sense that they could be winning until the last moment. “The essence of hope helps to give a positive losing experience,” she says. “And at least the negative is over quickly, rather than to know that you are losing all the way through the game.

“The right game for the right audience is like choosing the right wine, it can be very subjective,” says Reynolds. “But a game that is easy to learn and hard to master is best.” 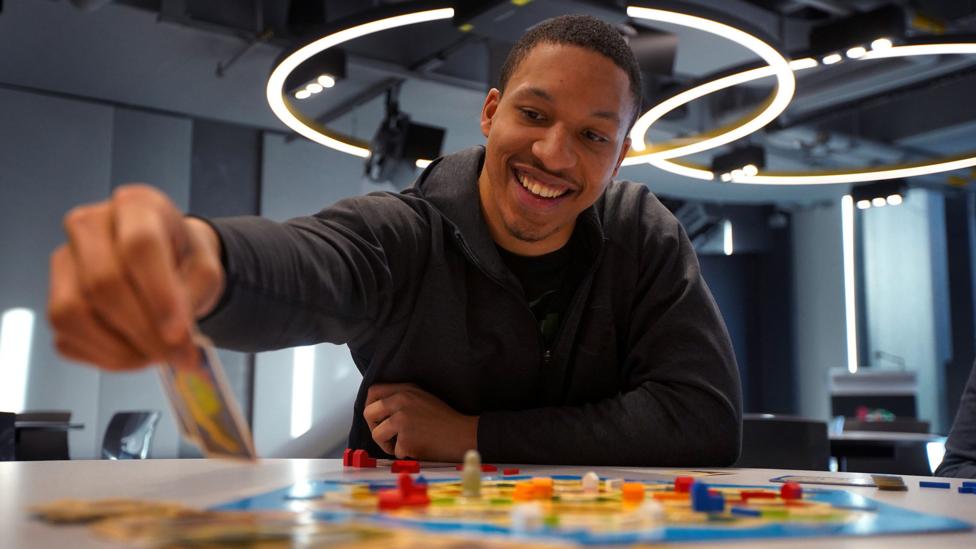 Examples of strategy games for beginners which offer a better end-of-game experience, according to Reynolds, include Ticket to Ride and Settlers of Catan. In these games there is a negative feedback loop. The game becomes harder for the player in the lead as their competitors can use certain tactics to pull them back. There are also personalised goals, trading between turns and multiple ways to win which mean that no player is ever really out of the game. “It makes it so much more fun if you think you had a good shot at winning,” says Reynolds. “And then you can quickly reset and go again.”

Certainly for Fogel, a member of the losing side in the epic game at Pittsburgh in 1961, playing again could not have been further from his thoughts. On ending their Monopoly marathon, he told the press how relieved he was, adding that there was not going to be a rematch until at least the end of term.