We might dream of a world where there are no rules, but how practical would it be?

"I'm in my late 20s and I'm feeling more and more constrained by rules. From the endless signs that tell me to 'stand on the right' on escalators or 'skateboarding forbidden' in public places to all those unwritten societal rules such as the expectation that I should settle down, buy a house and have a family. Do we really need all these rules, why should I follow them and what would happen if we all ignored them?" Will, 28, London

We all feel the oppressive presence of rules, both written and unwritten – it's practically a rule of life. Public spaces, organisations, dinner parties, even relationships and casual conversations are rife with regulations and red tape that seemingly are there to dictate our every move. We rail against rules being an affront to our freedom, and argue that they're "there to be broken".

But as a behavioural scientist I believe that it is not really rules, norms and customs in general that are the problem – but the unjustified ones. The tricky and important bit, perhaps, is establishing the difference between the two.

A good place to start is to imagine life in a world without rules. Apart from our bodies following some very strict and complex biological laws, without which we'd all be doomed, the very words I’m writing now follow the rules of English. In Byronic moments of artistic individualism, I might dreamily think of liberating myself from them. But would this new linguistic freedom really do me any good or set my thoughts free?

Some – Lewis Carroll in his poem Jabberwocky, for example – have made a success of a degree of literary anarchy. But on the whole, breaking away from the rules of my language makes me not so much unchained as incoherent.

Byron was a notorious rule breaker in his personal life, but he was also a stickler for rhyme and metre. In his poem, When We Two Parted, for example, Byron writes about forbidden love, a love that broke the rules, but does do so by precisely following some well-established poetic laws. And many would argue it is all the more powerful for it:

In secret we met

In silence I grieve,

That thy heart could forget,

If I should meet thee

How should I greet thee?--

With silence and tears.

Consider, too, how rules are the essence of sport, games and puzzles – even when their entire purpose is supposedly fun. The rules of chess, say, can trigger a tantrum if I want to "castle" to get out of check, but find that they say I can’t; or if I find your pawn getting to my side of the board and turning into a queen, rook, knight or bishop. Similarly, find me a football fan who hasn't at least once raged against the offside rule. 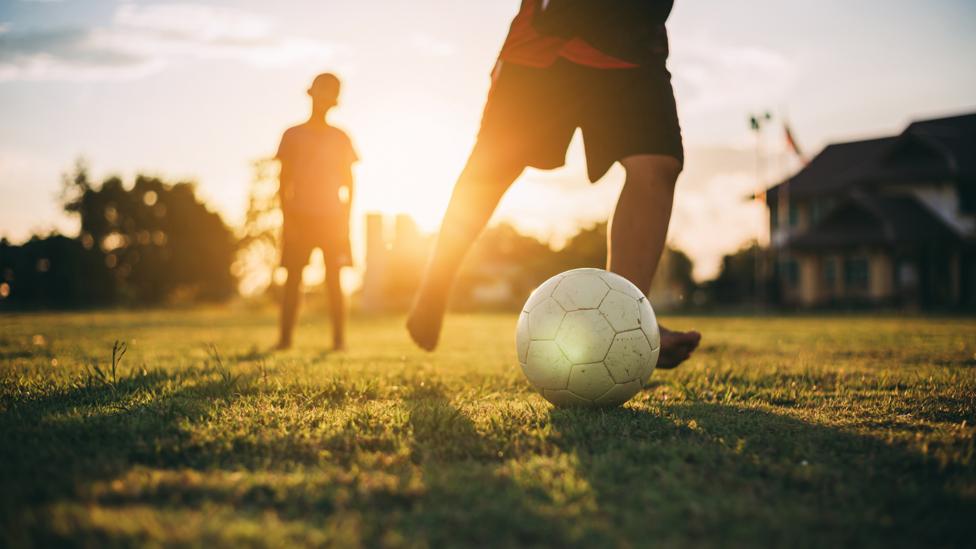 Within a short time, a game like football ends up with a huge rule book (Credit: Getty Images)

Lots of the norms of everyday life perform precisely the same function as the rules of games – telling us what "moves" we can, and can't, make. The conventions of "pleases" and "thank yous" that seem so irksome to young children are indeed arbitrary – but the fact that we have some such conventions, and perhaps critically that we agree what they are, is part of what makes our social interactions run smoothly.

And rules about driving on the left or the right, stopping at red lights, queueing, not littering, picking up our dog's deposits and so on fall into the same category. They are the building blocks of a harmonious society.

Of course, there has long been an appetite among some people for a less formalised society, a society without government, a world where individual freedom takes precedence: an anarchy.

The trouble with anarchy, though, is that it is inherently unstable – humans continually, and spontaneously, generate new rules governing behaviour, communication and economic exchange, and they do so as rapidly as old rules are dismantled.

A few decades ago, the generic pronoun in written language was widely assumed to be male: he/him/his. That rule has, quite rightly, largely been overturned. Yet it has also been replaced – not by an absence of rules, but by a different and broader set of rules governing our use of pronouns.

Or let's return to the case of sport. A game may start by kicking a pig's bladder from one end of a village to another, with ill-defined teams, and potentially riotous violence. But it ends up, after a few centuries, with a hugely complex rule book dictating every detail of the game. We even create international governing bodies to oversee them. 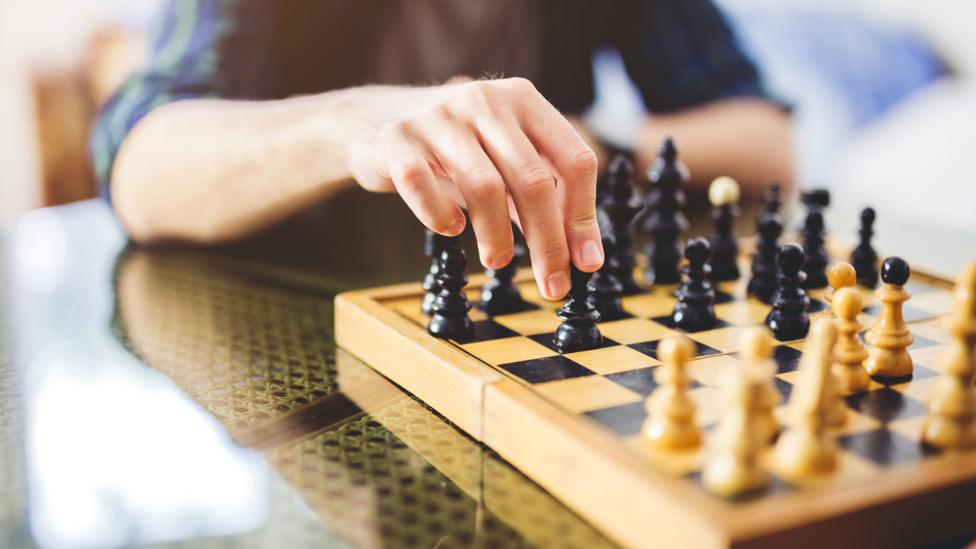 Imagine how chaotic chess would be without its carefully defined rules (Credit: Getty Images)

The political economist Elinor Ostrom (who shared the Noble Prize for economics in 2009) observed the same phenomenon of spontaneous rule construction when people had collectively to manage common resources such as common land, fisheries, or water for irrigation.

She found that people collectively construct rules about, say, how many cattle a person can graze, where, and when; who gets how much water, and what should be done when the resource is limited; who monitors whom, and which rules resolve disputes. These rules aren't just invented by rulers and imposed from the top down – instead, they often arise, unbidden, from the needs of mutually agreeable social and economic interactions.

The urge to overturn stifling, unjust or simply downright pointless rules is entirely justified. But without some rules – and some tendency for us to stick to them – society would slide rapidly into pandemonium. Indeed, many social scientists would see our tendency to create, stick to, and enforce rules as the very foundation of social and economic life.

Despite our protests to the contrary, rules seem hardwired into our DNA

Our relationship with rules does seem to be unique to humans. Of course, many animals behave in highly ritualistic ways – for example, the bizarre and complex courtship dances of different species of bird of paradise – but these patterns are wired into their genes, not invented by past generations of birds. And, while humans establish and maintain rules by punishing rule violations, chimpanzees – our closest relatives – do not. Chimps may retaliate when their food is stolen but, crucially, they don't punish food stealing in general – even if the victim is a close relative.

In humans, rules also take hold early. Experiments show that children, by the age of three, can be taught entirely arbitrary rules for playing a game. Not only that, when a "puppet" (controlled by an experimenter) arrives on the scene and begins to violate the rules, children will criticise the puppet, protesting with comments such as "You are doing that wrong!" They will even attempt to teach the puppet to do better.

Indeed, despite our protests to the contrary, rules seem hardwired into our DNA. In fact, our species' ability to latch onto, and enforce, arbitrary rules is crucial to our success as a species. If each of us had to justify each rule from scratch (why we drive on the left in some countries, and on the right in others; why we say please and thank you), our minds would grind to a halt. Instead, we are able to learn the hugely complex systems of linguistic and social norms without asking too many questions – we simply absorb "the way we do things round here". 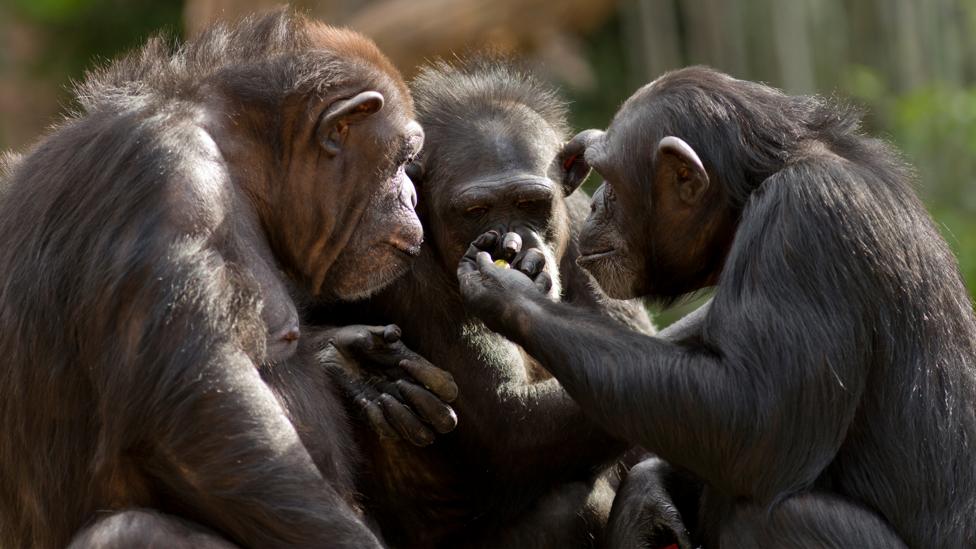 Chimps may retaliate against food theft, but they don't punish the thief (Credit: Getty Images)

But we must be careful – for this way tyranny also lies. Humans have a powerful sense of wanting to enforce, sometimes oppressive, patterns of behaviour – correct spelling, no stranded prepositions, no split infinitives, hats off in church, standing for the national anthem – irrespective of their justification. And while the shift from "this is what we all do" to "this is what we all ought to do" is a well-known ethical fallacy, it is deeply embedded in human psychology.

One danger is that rules can develop their own momentum: people can become so fervent about arbitrary rules of dress, dietary restrictions or the proper treatment of the sacred that they may exact the most extreme punishments to maintain them.

Political ideologues and religious fanatics often mete out such retribution – but so do repressive states, bullying bosses and coercive partners: the rules must be obeyed, just because they are the rules.

Not only that, but criticising rules or failing to enforce them (not to draw attention to a person wearing inappropriate dress, for example) becomes a transgression requiring punishment itself.

And then there's "rule-creep": rules just keep being added and extended, so that our individual liberty is increasingly curtailed. Planning restrictions, safety regulations and risk assessments can seem to accumulate endlessly and may extend their reach far beyond any initial intention.

Restrictions on renovating ancient buildings can be so stringent that no renovation is feasible and the buildings collapse; environmental assessments for new woodlands can be so severe that tree planting becomes almost impossible; regulations on drug discovery can be so arduous that a potentially valuable medicine is abandoned. The road to hell is not merely paved with good intentions, but edged with rules enforcing those good intentions, whatever the consequences.

Individuals, and societies, face a continual battle over rules – and we must be cautious about their purpose. So, yes, "standing on the right" on an escalator may speed up everyone's commute to work – but be careful of conventions that have no obvious benefit to all, and especially those that discriminate, punish and condemn.

Rules, like good policing, rely on our consent. And those that don't have our consent can become the instruments of tyranny. So perhaps the best advice is mostly to follow rules, but always to ask why.

This article is part of Life's Big Questions, a new series by The Conversation that is being co-published with BBC Future. It seeks to answer our readers' nagging questions about life, love, death and the Universe. We work with professional researchers who have dedicated their lives to uncovering new perspectives on the questions that shape our lives. If you have a question you would like to be answered, please email either send us a message on Facebook or Twitter or email bigquestions@theconversation.com