If our species wants to enjoy a long-term future, it might need to tap into the very human qualities of emotion.

Think about some of the knottiest problems facing the world today and the suggested solutions to them. Climate change? Answer it with carbon sequestering and transitions to clean energy. Migration? Answer it with streamlined visas and new systems of border control.

Humans tend to seek solutions to problems like these – both macro and micro, simple and complex – through a short-term, external perspective that doesn’t obligate individual participation.

In the West, the dominant approach to tackling the challenges we face has been to amputate emotion from our decision-making whenever possible. We instead opt for cold, technical solutions.

• How long can civilisation survive?
• Should we become more hopeful about the climate?
• The road towards the collapse of civilisation

This hyper-rational perspective is at least as old as Aristotle, who described passions as capricious, dangerous roadblocks on the path to becoming fully human. It became integral to the Western ethos during the 18th Century Enlightenment and still persists today. 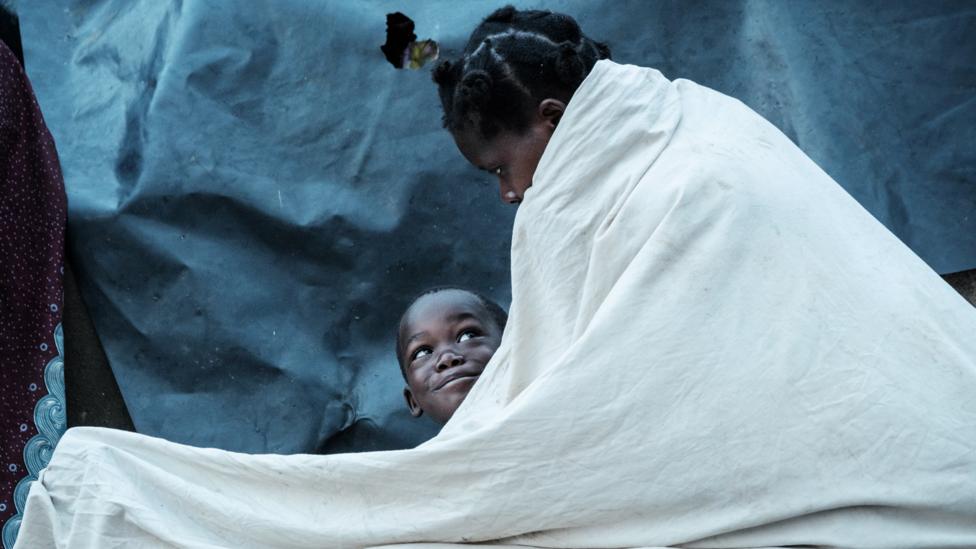 Our emotions can help us connect with other people more effectively and so take better decisions that effect us all (Credit: Getty Images)

And there is a utilitarian wisdom to this position. Emotions can be stoked by forces outside of our control. Lynch mobs and market bubbles can occur when our emotions run away with themselves and feelings spread like contagions through crowds. Propagandists can exploit our emotions to stir up loyalty among their supporters and belligerence towards outsiders. In response, rational movements, such as Effective Altruism, hold that the best way to create positive, long-term change is through a dispassionate calculation of the greatest good one can generate through one’s actions.

But trying to suppress our emotional responses to our current circumstances cannot eliminate the role they play entirely. Our feelings are not only an integral part of our moral, social, and personal well-being, but also are vital tools for solving complex challenges we face individually, organisationally, and even as a species. As Emiliana Simon-Thomas of the University of Berkeley’s Greater Good Science Center says, “[Emotions] provide us with quintessential information about what’s important and what to do next and how to do it and who to do it with.”

To create a better future where everyone can flourish, leaders and organisations need to find ways to engage and encourage emotions more fully

Humanity is in a period of great upheaval. For people and organisations attempting to thrive in this tumultuous time, old mindsets and approaches no longer work. To create a better future where everyone can flourish, leaders and organisations need to find ways to engage and encourage emotions more fully.

In recent decades, an array of scientific insights have reshaped the way we view emotions, particularly in the way they affect how we think about the future. We have learned that emotions can be harnessed to guide us toward rational choices and cooperative action. Emotions can be geared toward long-term thinking and behaviour and are essential to the evaluation of simulated possible futures, known as “pragmatic prospection”.

If we are to truly shift course, to make individual commitments that allow us to build better futures, we need to find ways of using emotion to our advantage. For as Anne Frank said, “...feelings can't be ignored, no matter how unjust or ungrateful they seem." They are and will always be a part of us and we need to learn how to leverage them for the betterment of ourselves and the generations to come. 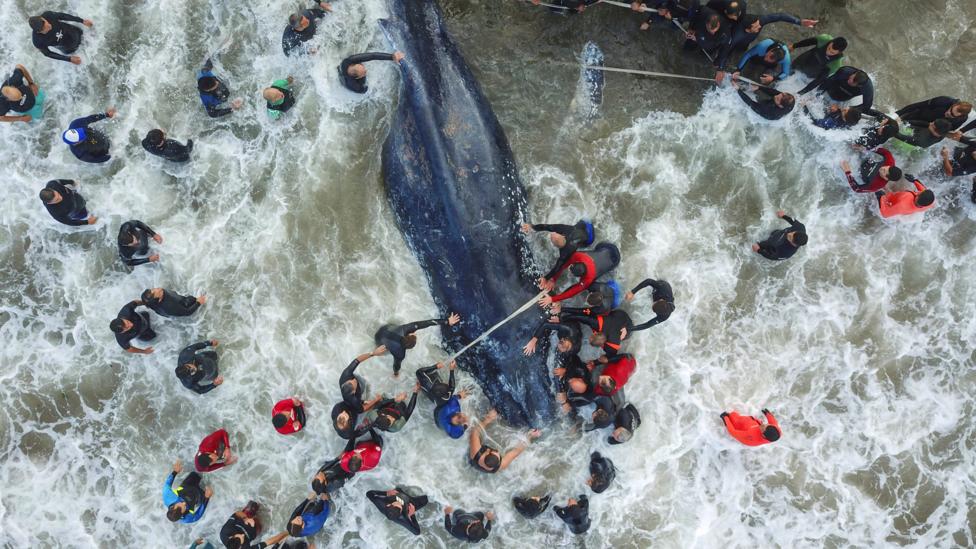 Our emotions can be harnessed to help us work together cooperatively towards goals that are greater than ourselves (Credit: Getty Images)

A good starting point for developing this kind of mindset is to nurture a suite of feelings known as “self-transcendent emotions”. These emotions – which include feelings of empathy, gratitude, and awe – evolved to help manage social relationships with others and orient humans to a world that is bigger than themselves. They can be found in any coalitional behaviour – from hunting a woolly mammoth to building a suspension bridge – which requires people to sacrifice short-sighted, egoistic gains in order to work together toward mutual benefits. They also manifest in intimate, individual actions, such as the advent of grandparenting.

For example, empathy – our connection to other people’s thoughts, emotions, and well-being – motivates us to act positively on behalf of others.

Harnessing empathy – specifically transgenerational empathy – can help us make decisions that impact us for the better both today and for generations to come. This might include eating less red meat, which helps both our own cardiovascular health as well as the health of the ecosystem for decades to come. Empathy for future generations provides the positive emotional jolt needed to transcend our short-term impulse to take the easy way out – to take a car versus mass transit and at a more psychological level to have the difficult conversation today rather than let the underlying discontent fester for days or even decades. 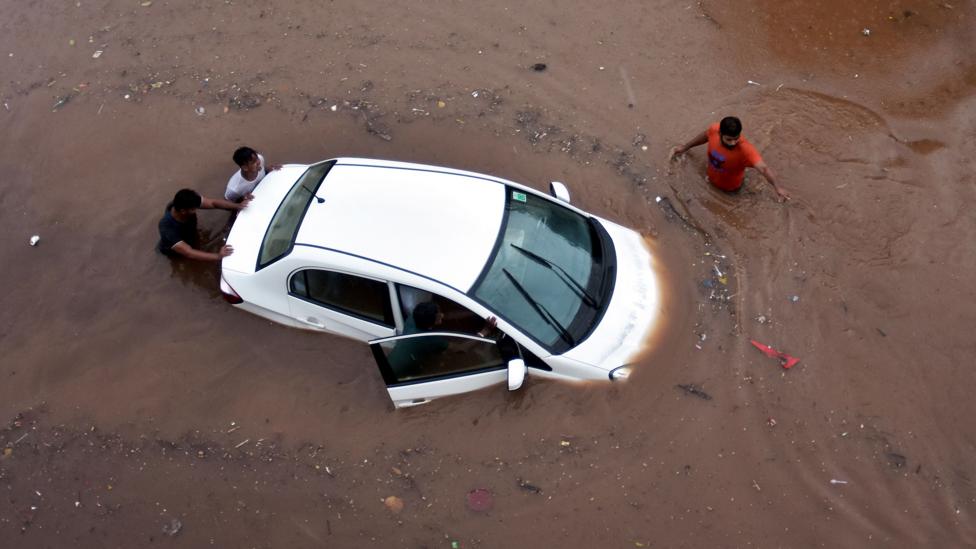 Without emotions like empathy, we can ignore some of the larger more difficult problems by focusing on short-term goals (Credit: Getty Images)

But for all its power, empathy is also fragile, often going missing just when we need it most. For instance, people find it difficult to empathise with those who differ from them politically, racially, or ideologically. Similarly, empathy comes more naturally when we have direct access to people’s emotional cues – their faces, voices, and stories. As a result, people tend to empathise preferentially with others who are close to themselves: spatially, socially, and temporally. When this happens, we also dole out kindness in uneven, nepotistic, and potentially short-term ways.

But this limit is not “baked in” to the nature of empathy. Like other emotions, people can regulate empathy, pointing it toward targets with whom they might typically find it difficult to connect.

One way to build empathy is by cultivating a sense of psychological safety, especially through close connection to other people. For instance, reminding people of positive attachment figures, such as supportive family members, renders them more empathic and helpful to others. Likewise, reflecting on positive people in our histories can also help us to extend empathy to those beyond our immediate spheres. If we connect to the sacrifices made by our ancestors that have allowed us to flourish today, we can build upon that gratitude to influence how we might become great future ancestors for generations to come.

We also have reason to believe that emotional primes, like recalling experiences of awe or the perception of something vast, can promote altruistic action. Awe helps reduce the occurrence of “temporal discounting”, the tendency to undervalue a future reward in favour of an immediate, but lesser, return. The popular rise of the environmental movement, for instance, is often linked to the collective awe inspired by astronaut Bill Anders’ iconic “Earthrise” image. 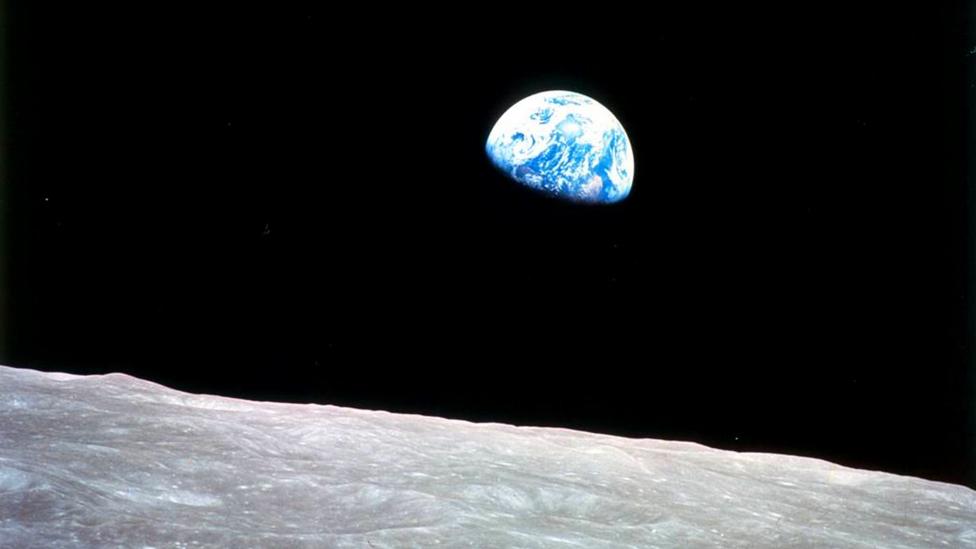 The famous Earthrise picture captured by Apollo astronauts has helped to inspire awe by giving us perspective of humanity's place in the Universe (Credit: Nasa)

If more policymakers were to seek a sense of awe from images like this or experiencing the raw beauty of nature, might they be more open to taking the drastic steps we need to tackle environmental issues like carbon emissions, pollution and biodiversity loss?

We as individuals too may rethink how we live our lives if we could harness this sense of awe. This has in part already been happening with the backlash against plastic. Natural history programmes like Blue Planet 2 create a sense of wonder at the natural world before cruelly showing us what we are doing to it. They led millions to seek ways of reducing their use of plastic and forced multinational corporations to do likewise.

Even less-desired emotions can be activated if they are useful to a task at hand. For instance, individuals who are about to get in an argument may guide themselves into anger, and individuals who are about to ask for a favour may likewise choose to feel sad. Emerging research suggests that we can also “point” emotions like these – by using visualisations of desired outcomes – toward particular long-term goals, like helping future generations to thrive or in planning for our far futures.

If more policymakers were to seek a sense of awe, might they be more open to taking the drastic steps we need to tackle environmental issues?

As humans, we often tend to get stuck in short-term thinking and look for external solutions to the challenges we face, but we need not settle for this limitation. There are many ways to cultivate long-term choices and priorities that can be of benefit for us today and to those that will follow.

Rather than ignore or suppress our emotional nature, if we can harness this very human side of us to support a future that we can feel positive about and become the good ancestors, and possibly even the great ancestors, the future needs us to be.

* Ari Wallach is the founder of Longpath, an organisation focused on cultivating future-conscious thinking and action in order to ensure human flourishing on a thriving planet Earth for centuries to come.