In the aftermath of World War One, a flu pandemic swept the world, killing at least 50 million people. What lessons can it teach us about Covid-19?

One hundred years ago, a world recovering from a global war that had killed some 20 million people suddenly had to contend with something even more deadly: a flu outbreak.

The pandemic, which became known as Spanish flu, is thought to have begun in cramped and crowded army training camps on the Western Front. The unsanitary conditions – especially in the trenches along the French border – helped it incubate and then spread. The war ended in November 1918, but as the soldiers returned home, bringing the virus with them, an even greater loss of life was just around the corner; between 50 million and 100 million people are thought to have died.

The world has suffered many pandemics in the years since – at least three serious flu outbreaks among them – but no pandemic has been as deadly, nor as far-reaching.

As the world reacts to a headline-grabbing – yet far, far less deadly – outbreak of Covid-19, caused by a new coronavirus, BBC Future looks back to our 2018 special marking the 100th anniversary of Spanish Flu to see what we learned from one of the most devastating diseases in recent history.

Pneumonia is often the killer

Many of the people dying from Covid-19 are succumbing to a form of pneumonia, which takes hold as the immune system is weakened from fighting the virus.

This is something that it shares with Spanish flu – though it must be said that the death rate from Covid-19 is many times lower than that of Spanish flu. Older people and those with compromised immune systems – who make up the majority of those who have been killed by the disease so far – are more susceptible to infections that cause pneumonia.

Read more: The flu that changed the world

Air travel was in its infancy when Spanish flu struck. But there are few places on Earth that escaped its horrific effects. Its passage across the world was slower, carried by railway and passenger steamer rather by airliners. Some places held out for months, or even years, before the flu arrived and wreaked its terrible toll. 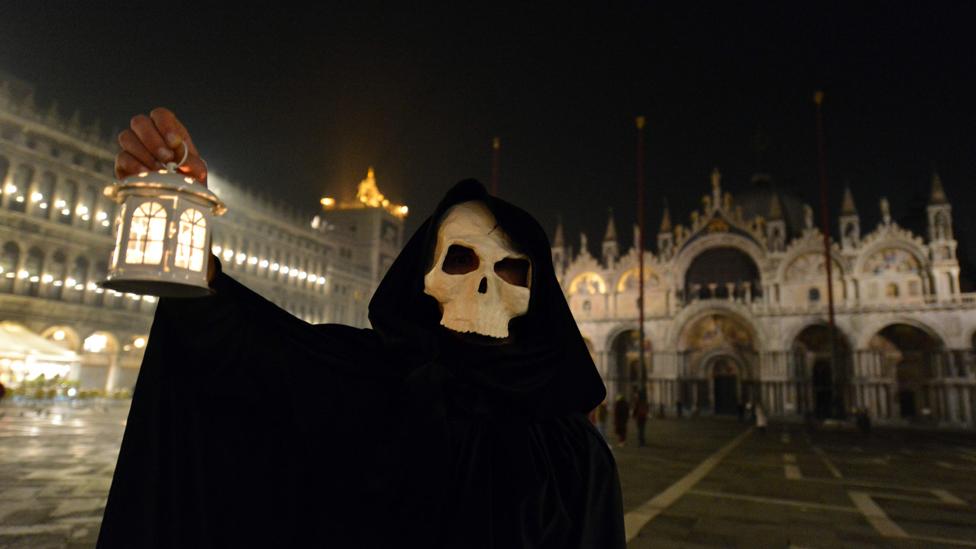 But some places did manage to keep the flu at bay, often by using basic techniques that are still being used 100 years later. In Alaska, one community on Bristol Bay escaped the flu almost unscathed. They closed schools, banned public gatherings, and shut off access to the village from the main road. It was a low-tech version of the travel restrictions that have been used in some areas today, such as China’s Hubei province and northern Italy, in an effort to stop the coronavirus spreading.

Read more: The places that escaped the Spanish Flu

Doctors have described the Spanish flu as the “greatest medical holocaust in history”. It was not just the fact it killed so many, it was that so many of its victims were young and healthy. Normally, a healthy immune system can deal reasonably well with flu, but this version struck so quickly that it overwhelmed the immune system, causing a massive over-reaction known as a cytokine storm, flooding the lungs with fluid which became the perfect reservoir for secondary infections. Older people, interestingly, were not as susceptible, perhaps because they had survived a very similar strain of flu which had started to spread through human populations in the 1830s.

The flu spurred the development of public health systems across the developed world, as scientists and governments realised pandemics would spread more quickly

With the new coronavirus, the elderly and people with pre-existing illnesses are considered to be most at risk. Although still low, deaths have been highest in those aged above 80 years old.

Read more: Why was Spanish Flu so deadly?

Public health is the best defence

The Spanish flu broke out in a world which had just come out of a global war, with vital public resources diverted to military efforts. The idea of a public health system was its infancy – in many places, only the middle class or the rich could afford to visit a doctor. The flu killed many in slums and other poor urban areas, among populations with poor nutrition and sanitation, and often those with underlying health conditions.

The flu spurred the development of public health systems across the developed world, as scientists and governments realised pandemics would spread more quickly than they had in the past. 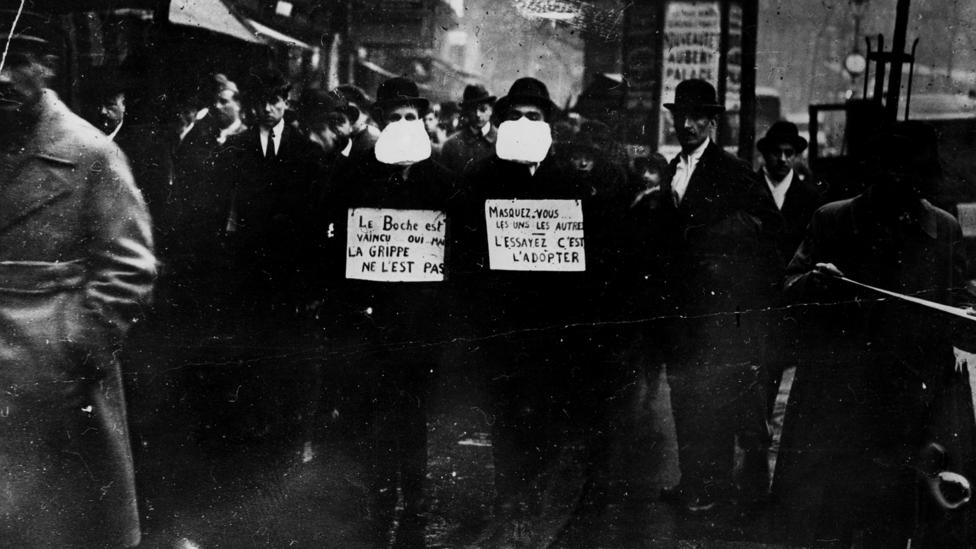 Masks were in high demand during the Spanish Flu outbreak as well (Credit: Getty Images)

Treating people on a case-by-case basis would not be enough – to deal with pandemics in urban settings, governments would have to mobilise resources as if they were at war, quarantining those showing signs of the disease, keeping minor cases separate to those suffering more serious illness, and limiting people’s movements so the disease would burn itself out.

The public health measures we see being enacted today across the world as efforts to contain the spread of coronavirus are one of the Spanish flu’s most enduring effects.

Read more: What if pandemic influenza broke out today?

As an award-winning science site, BBC Future is committed to bringing you evidence-based analysis and myth-busting stories around the new coronavirus. You can read more of our Covid-19 coverage here.