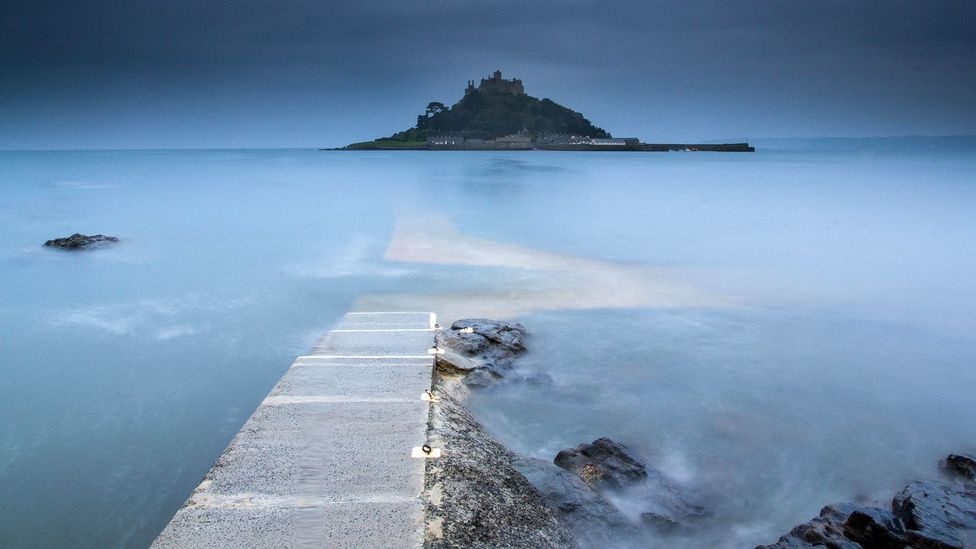 It was the muddy water that caught Stefan Talke’s eye. In the mid-2000s Talke was a postdoctoral scholar at Utrecht University, studying the river Ems that empties into the North Sea between Germany and the Netherlands. Decades earlier, engineers had begun dredging parts of the Ems so that newly built ships could navigate it from a shipyard upriver.

But those changes also changed the rhythm with which tides ebbed and flowed into the river from the sea. Those shifting tides stirred up sediment from the river bottom and muddied its waters. Over the last 120 years the tidal range – the distance between high and low tide – has quintupled in the Ems estuary.

“I had always assumed tides were constant,” says Talke, now an oceanographer at California Polytechnic State University in San Luis Obispo. “That’s why we have tide tables.” He was amazed to discover, he says, that not only could tides undergo long-term changes, but that they could change by so much.

• The giant rivers we know almost nothing about
• The country disappearing under rising tides
• Could we live in a world without oceans?

Most people think of tides as regular and predictable – the rise and fall of coastal waters, caused by the gravitational tug of the Moon and the Sun, forecast down to the minute with a mariner’s tide table. But oceanographers have recently started to realise that tides in many places around the world are undergoing notable changes, in ways that can’t be explained by interactions among celestial bodies. 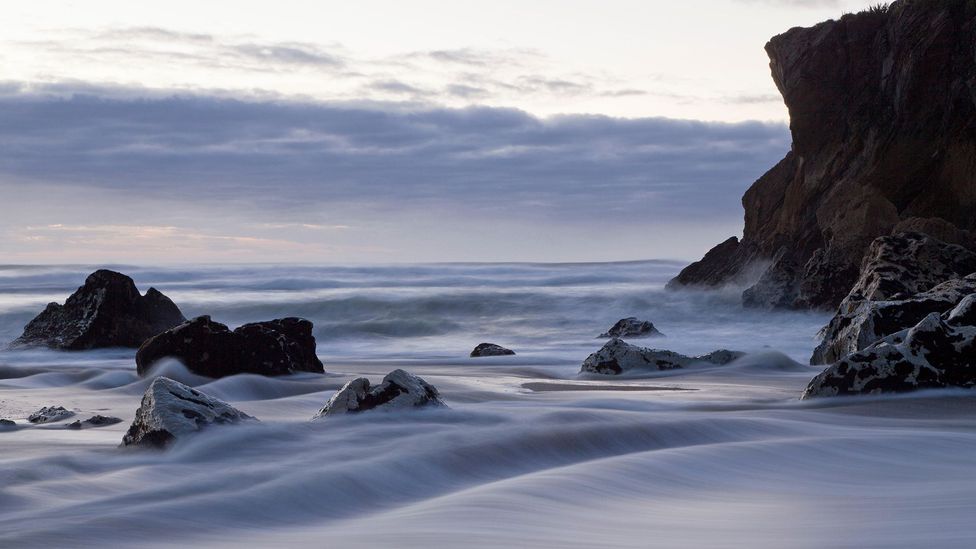 Tides are normally so predictable because of the way they are governed by the gravitational pull of the moon and the sun (Credit: Alamy)

Rather, it is people that are changing the tides. Dredging river channels like the Ems or filling in coastal wetlands can trigger shifts. The nature of those shifts is complicated. In some locations the tidal range grows more dramatic, whereas in others it shrinks. Either way, the shifting tides have big implications for hundreds of millions of coastal residents.

Perhaps the biggest challenge is how changing tides might add to the risks of sea level rise.

As people burn more fossil fuels and put more heat-trapping greenhouse gases into the atmosphere, global warming is melting ice caps and causing the volume of the oceans to expand. In many coastal cities, seawater is now lapping higher than it ever has. Changing tides could add to that problem and leave some coasts at even greater risk of flooding. “What people don’t realise is that if tidal range is increasing, it will exacerbate that even more,” says Ivan Haigh, an oceanographer at the University of Southampton, UK.

The way the water moves across the basin is changing, which is having quite a profound effect on the tides – Ivan Haigh

Engineers have known for at least a century that tides can change locally. In 1899, builders predicted that tides would increase in the river Ems upstream from a weir they planned to construct. (After the weir was built, the tides did increase about as much as they were expecting.)

But only recently have scientists collected modern, precise tide-gauge data from around the world, showing just how widespread tidal changes have become. “It wasn’t really until about 10 years ago that we started to appreciate that it’s occurring on a much wider level,” says Haigh.

Tides come in several flavours, which can all ultimately be traced back to interactions between the Moon, the Sun and Earth. Each tidal cycle causes coastal waters to rise and fall in a predictable pattern, dictated by the orbits of these bodies.

The gravitational tugs of the Moon and the Sun don’t change over the short term. But what does change is the way the Earth’s waters respond to that tugging. Think of tides as repeating waves that bounce off landmasses and slosh upriver – sometimes traveling hundreds of kilometres inland, as they do in South America’s Amazon River, where surfers ride the tidal waves. If you change the geometry of the land they slosh around in, you change the tides, says Talke. 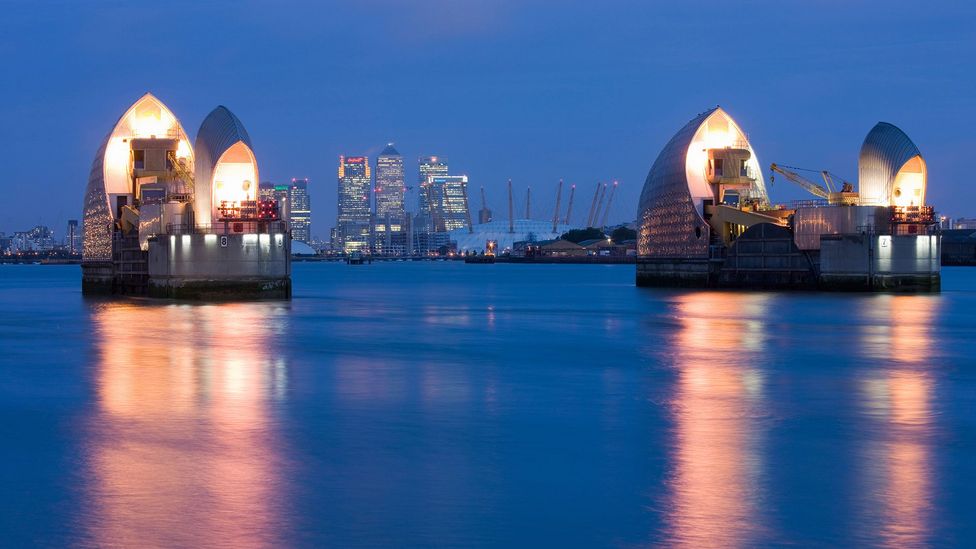 The Thames Barrier helps to protect London from flooding as caused by the ever increasing tidal range in the Thames Estuary (Credit: Alamy)

“It’s like having a different size or shape of a tub or a swimming pool – you’d expect water to flow differently in it,” he says.

In that sense, it’s not terribly surprising that tides have changed dramatically in places where people have changed the shape of the underwater landscape. Along the Cape Fear river in North Carolina, dredging to deepen a ship channel has caused the tidal range in the city of Wilmington to double, to 1.55m (5.1ft), since the 1880s. The same is true for Jacksonville, Florida, which sits alongside the dredged St Johns River.

In Sacramento, California, tides disappeared in the late 1800s after mining from the Gold Rush sent silt rushing downstream. Later, dredging of the Sacramento River brought the tides back. And in the Thames estuary that runs through London, engineers have narrowed and deepened the river over centuries – its tidal range has increased from around 2m (6.6ft) in the time of the Romans to around 8m (26.2ft) in the Victorian age.

Water depth is another important factor in tidal changes, says Haigh. Because tides propagate as shallow-water waves, they change the most wherever the water is also shallow. That’s why the Bay of Fundy, between New Brunswick and Nova Scotia in Canada, has some of the most dramatic tidal ranges in the world, with waters rising and falling more than 11m (36ft) each day. Shallow spots like this are likely to see large changes in tidal range as sea levels rise, Haigh says. 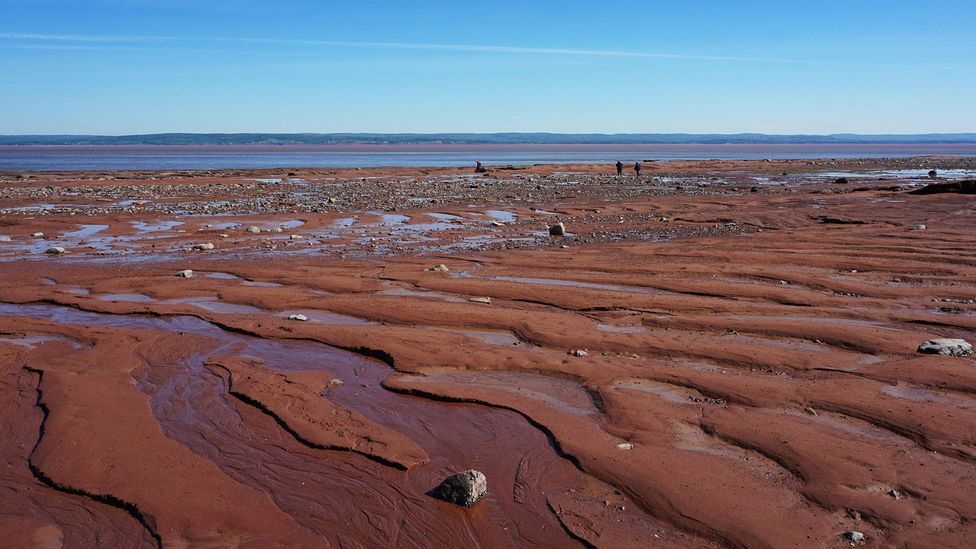 The Bay of Fundy in Canada experiences some of the largest tidal ranges in the world in the course of a day (Credit: Alamy)

“The way the water moves across the basin is changing, which is having quite a profound effect on the tides,” he says.

Changing tides affect coastal residents in many ways. Someone who wants to sail a tall ship under a short bridge has to wait for just the right tidal conditions while anyone who wants to build a riverfront home in an estuary has to know exactly where the high-tide mark is. Engineers designing a tidal-energy system need to know how much energy they can extract from the water flows. And that’s where the study of changing tides can help people prepare for a changing world.

Perhaps most importantly, engineers can analyse changing tides to better plan for future sea level rise. One recent study looked at the low-lying Pearl River Delta in southern China, which is home to more than 60 million people. Michela De Dominicis, an oceanographer at the National Oceanography Centre in Liverpool, UK, and her colleagues calculated how much tidal ranges would shift for a variety of future scenarios of sea level rise.

Several cities in the delta, including Guangzhou and Shenzhen, are among the world’s most vulnerable to rising water levels, says De Dominicis. Knowing how high the water levels could rise can help planners build better barriers and other coastal defences. 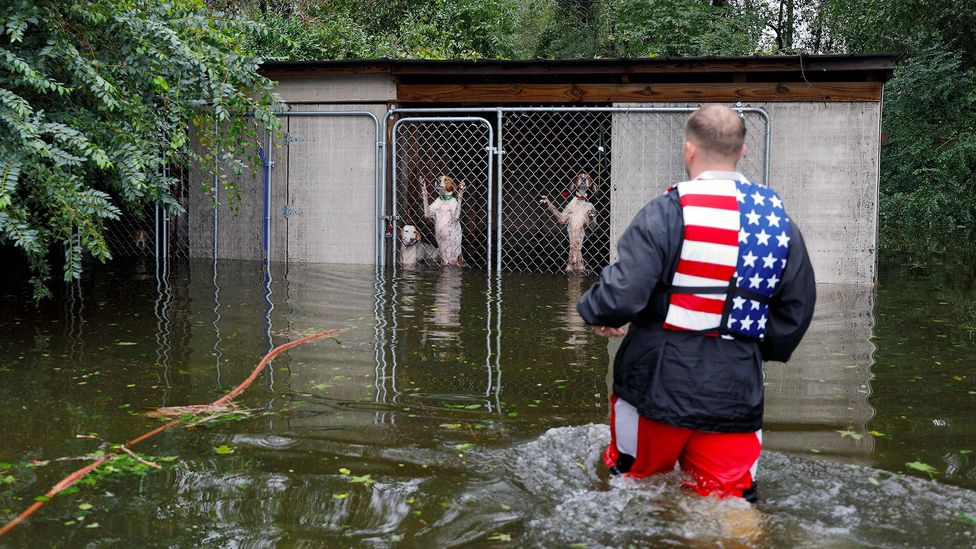 When Hurricane Florence hit North Carolina in 2018, a storm surge combined with tides to lead to devastating flooding (Credit: Reuters)

Researchers are also using computer models to analyse how changing tides and rising sea levels might affect other types of coastal flooding. A hurricane’s storm surge, for instance, often responds to the changing landscape much as tides do.

In 2016, Talke and his colleagues analysed how storm surge might change in the Cape Fear River estuary along with the changing tides. They calculated that dredging of the ship channel has effectively worsened the potential damage posed by a Category 5 hurricane and raised the highest possible water levels in Wilmington by 1.8m (5.9ft).

In 2018, when Category 1 Hurricane Florence slammed into Wilmington, water levels did indeed reach a record 1.1m (3.6ft) above high tide. That’s why understanding changing tides is crucial to preparing for the future, Talke says. People are going to continue to dredge channels and fill in wetlands and otherwise alter our coastal surroundings. Bit by bit, each modification shifts the world in which we live.

“The sum of all the little changes turns out to be a really big change,” says Talke.

This article originally appeared in Knowable Magazine, and is republished under a Creative Commons licence.