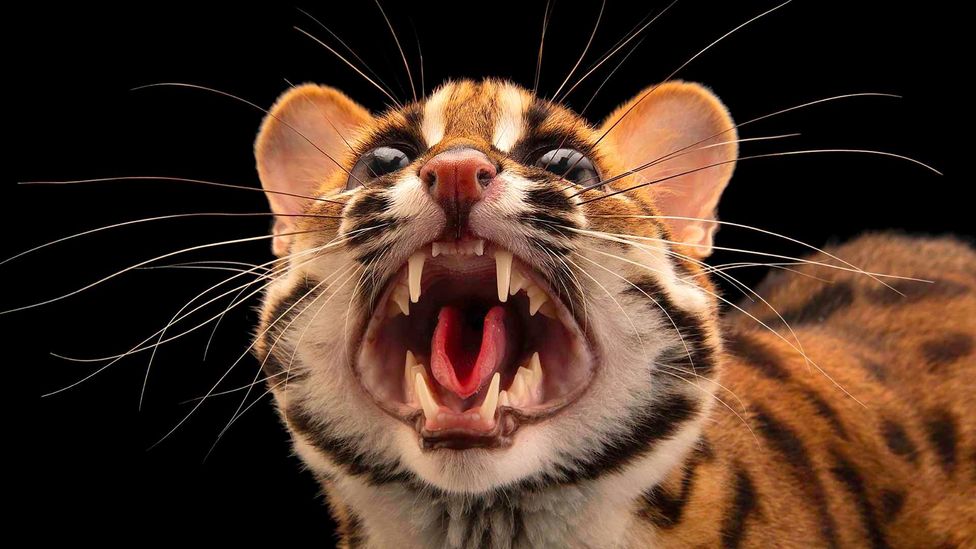 By Arnel Murga 29th July 2020
A belief system born of indigenous communities in the Philippines could help protect the country’s endangered species, from leopard cats to cloud rats.
I

In a jeepney travelling through Iloilo city in the Philippines, the driver hoots the vehicle’s horn on an empty street in broad daylight. These brightly decorated buses are known for their speed in the south of Iloilo, but this driver slows the jeepney right down.

“Why did you hoot the horn?” I ask him. “And why are we slowing down?”

“We are passing by the mariit tree,” he replies in Kinaray-a, one of the local languages.

Part of indigenous wisdom, the “mariit” belief system (pronounced mar-ee-it) is deeply rooted in the relationship of the Filipinos with the environment. It can be traced back to the pre-colonial Filipino practice of animism, or the belief that everything possesses a soul. Mariit stretches back more than 500 years, affecting everything from where buildings are constructed, to how a driver negotiates a stretch of road. Increasingly, it is also being integrated into nature conservation.

The Philippines, one of the 18 mega-biodiverse countries in the world, faces many challenges to its environment and its wildlife, including the development of coal-fired power plants, damming of ecologically important rivers and a persistent illegal wildlife trade, frequently targeting the Philippine pangolin, a critically endangered species, and giant clams. Local conservationists and environmental guards hope working with long-held folk beliefs can prove useful in protecting the nature that remains.

But what is mariit, and how can indigenous knowledge beliefs help to tackle such problems? The essence of mariit comes down to the belief that every part of nature is inhabited or owned by unseen dwellers. Thus, it should be respected and taken care of. Otherwise, it could have unpleasant results.

“This what our ancestors told us: ‘It is not just us – humans – who exist in this world. There are also those that are not visible to our eyes. They are the taglugar,’” says Elias Victor, the leader of the Ati community, who are considered first inhabitants of the Philippines. Victor walks to the corner of the house, and places a plate of food intended for the taglugar. “They take care of the source of our food and water. When we eat, we invite them, too.” 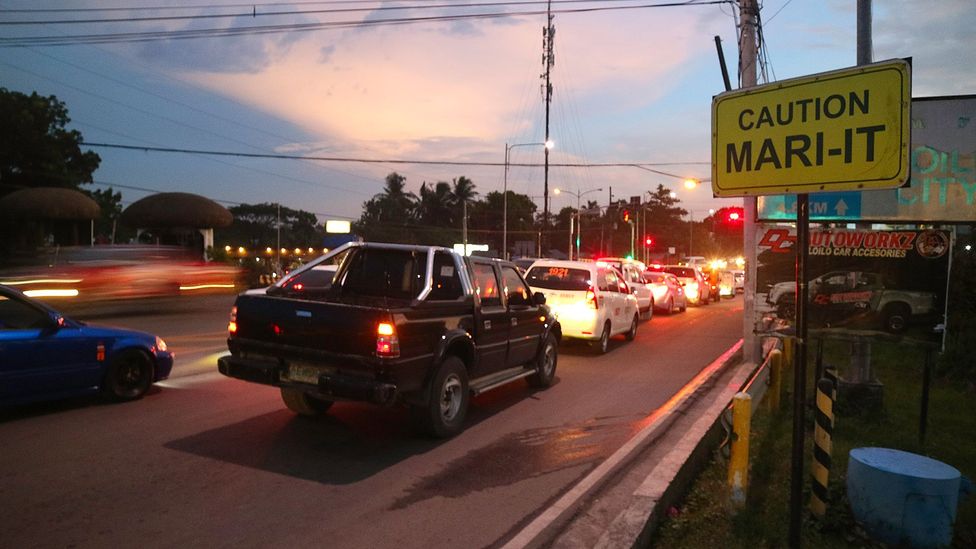 Taglugar (pronounced tag-loo-gar) is a word in the Hiligaynon language that translates to “of place”. It refers to the resident, dweller or owner of a place. In the context of mariit, the taglugar are nature’s spirit dwellers. There are many forms that the taglugar are said to take. In bodies of water, there are siyokoy, sea creatures that appear to be human but with fish-like physical appearance, and kataw, half-fish and half-human. On land, there are kapre, hairy and cigar-smoking giant creatures usually seen smoking on tall trees, and there are duwende, believed to inhabit the soil, that are said to be like small magical humans.

In the mariit knowledge system, disasters such as famine, drought, flooding, typhoons and earthquakes are sent by the taglugar, Victor says. “These are their wrath,” he tells me. He explains these calamities are largely because people no longer respect nature. “They abuse natural resources. They get more than what they need,” he says.

It’s a familiar concept to me. My late grandmother would repeatedly remind me about showing respect when going to nature. She would tell me to “say tabi-tabi”. The tabi-tabi (literally “excuse me”) is an old chant in the Hiligaynon language, which is said when one goes to a place strange place, especially in nature. The full version of the chant roughly translates to: “Excuse me. To those who I would bump into, I apologise because I cannot see you.”

This courteous Hiligaynon chant is just one element of mariit. Joyce Colon, professor of history at West Visayas State University who has been studying the history and roles of babaylan, shamans who were powerful figures in pre-colonial times and still have a presence in the Philippines today. “The babaylans served as community leaders and healers. They draw their mystical power from nature and their taglugar friends,” says Colon, citing historical accounts. 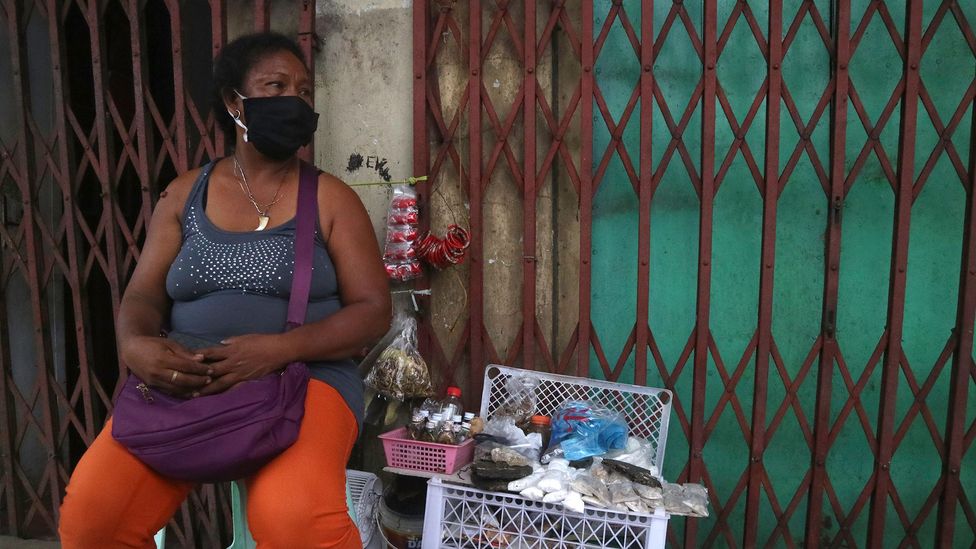 A member of the Ati indigenous community sells amulets and ointments containing parts of trees and rocks in Iloilo (Credit: Arnel Murga)

Despite many threats to its existence, such as Westernisation, religion, and the lack of regard for indigenous cultures, mariit continues to live on in the local community of Western Visayas.

Alice Magos, professor emeritus of anthropology at the University of the Philippines Visayas Miag-ao, has studied the concept of mariit on Panay island since the 1970s. Mariit places are considered “danger zones” by the locals, she says, because these are inhabited by nature’s spirits. This has been attributed to the communal experience of danger or frequent accidents in the place.

As a form of respect and courtesy, the local community members perform fishing and farming rituals to ask permission from or show gratitude to the taglugar. Though mariit has protected nature from exploitation, Magos laments that “the disrespect resulting in the destruction of the natural environment is an effect of Western traditions imposed on the indigenous communities”.

The first wildlife and conservation park in Western Visayas is in Lambunao, Iloilo, and it has mariit at its heart. “There were so many names that we thought of when we’re about to start the park,” says Lucia Lastimoza, who was the founding programme manager of the park. She and her colleagues initially thought of naming it Threatened Species Center. “But it was generic,” she says. Lastimoza wanted to incorporate culture, something that would resonate with the local people. The conversation gave rise to the Mariit Wildlife and Conservation Park.

The park currently serves as a refuge for at least 62 threatened and critically endangered animals that are endemic to the region, such as the Visayan warty pig, the Visayan leopard cat and the Panay cloud rat. The animals here have been rescued from threats such as habitat loss and wildlife trafficking. Lastimoza says that mariit has been able to support conservation efforts at the park. “It contributes to sustainable development because it ensures the availability of resources for future generations,” she says. 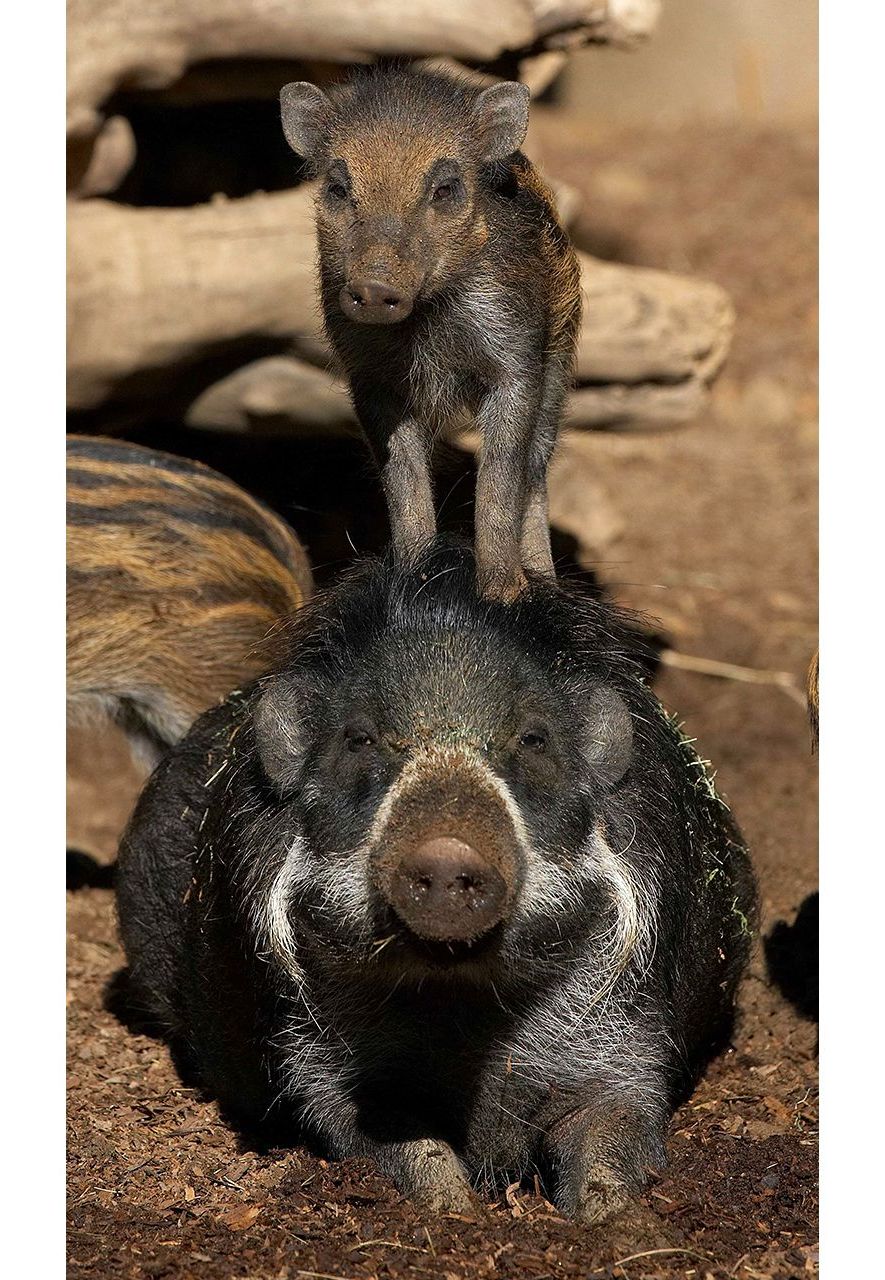 The Visayan warty pig, pictured here in captivity, is critically endangered with population numbers on the decline in the wild (Credit: Alamy)

In the sea, as well as on land, mariit is aiding conservation efforts. Off the island of Guimaras, Taklong Island Marine Natural Reserve, a national marine sanctuary and protected area, serves as breeding grounds for various fish species caught outside its boundary. It is one of the major marine protected areas that supply the seafood demand in the country. It covers more than 1,000 hectares (3.9 square miles) including mangroves, seagrass beds and coral reefs of rich biodiversity. A comprehensive ridge-to-reef scientific approach to conservation has been promising, but the belief in mariit has also enhanced the protection efforts.

“Cases of illegal fishing activities and cutting of mangroves are very rare,” says Rhett Arhur Diana, a senior conservationist at the Department of Environment and Natural Resources. “That is because the community members here treat the island as mariit,” he says. “They respect the taglugar. This island never runs out of fish.”

Banong Villaruz, a member of the local sea guard group tasked to look after the island, says that he often sees the taglugar on the island. He believes that the villagers’ fish catch depends on their relationship with the nature spirit dwellers. “If the taglugar are happy with the people, they provide a good catch,” says Villaruz. “If they have been angered because of abuse of the environment, then the fisherfolk will be punished – they will have less or no fish to catch, endangered at sea, or get sick.”

The local sea guards received training from the Department of Environment and Natural Resources in how to protect threatened endemic species, including stingrays, sharks and molluscs. Part of that has involved designating several sea caves and islets in the marine reserve as off-limits, which has been made possible because of the belief that they are mariit. “These species belong not to us. They are owned by the taglugar,” says Villaruz. “We are not willing to take the risk. We wouldn’t know what harm would return upon us.”

Advocates of mariit suggest that planting trees believed to be inhabited by spirits in protected areas can ward off people from doing activities that disturb the environment. It might seem like an intuitive approach, but it doesn’t always work out.

Caroline Ward, a postdoctoral researcher of conservation science at the University of York, studied similar folk beliefs in other parts of the world, and their outcome is not always predictable. “We still need to be cautious about embracing these sorts of beliefs specifically for conservation outcomes,” Ward says. From a practical point of view, she says, these beliefs are not necessarily established with a conservation outcome in mind. There may be unexpected outcomes or parts of the belief system that don’t align with conservation goals. 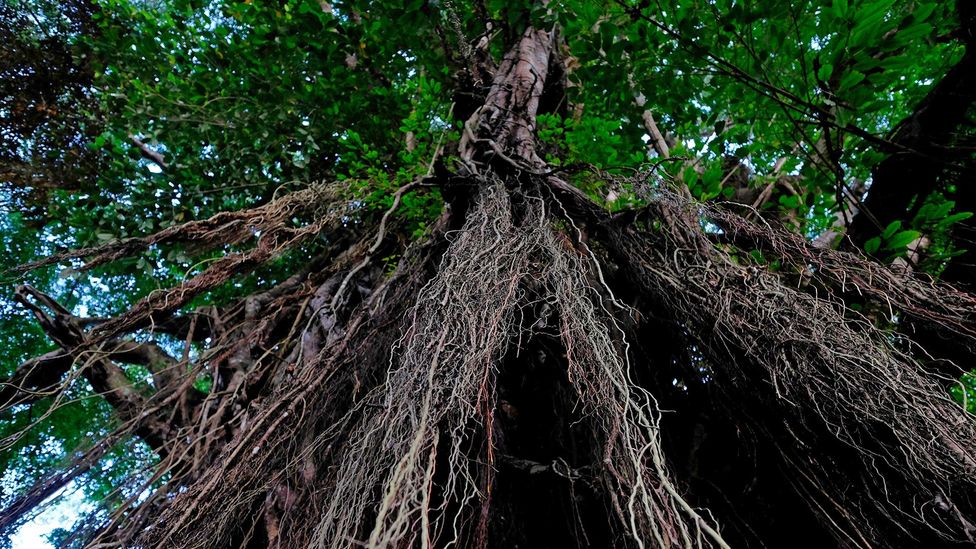 Mature balete trees are thought to be often inhabited by the taglugar spirits according to mariit beliefs; but this does not always help their conservation (Credit: Alamy)

Trees are one example. Since mariit is attributed mainly to select giant and old trees, the trees are sometimes cut down while they are young. For example, balete trees are often uprooted from their natural habitat while young to be grown as a bonsai plant, while young mangroves are cut to serve as firewood.

“It’s better to cut these trees while they are young,” Otik Facinabao*, a local community member in Baybay Roxas told me. “You can’t do it when they are already big. It’s hard, and it might be late too because the spirits may already inhabit them.”

In Ward’s research, she and her colleagues recognise that while beliefs such as mariit can have a positive impact, sometimes they can undermine science-based conservation activities. More importantly, Ward says, there is also a large ethical and moral question whether it is right for conservation to pick and choose parts of belief systems that have a positive conservation impact and ignore others.

And even when they don’t backfire, sometimes belief in mariit is not enough to protect a natural area. The Jalaur River in Calinog has been dammed despite the resistance from the Panay Bukidnon, an indigenous community in the region. The dam is expected to put nine indigenous communities at risk and destroy five burial grounds and one sacred site. The Panay Bukidnon strongly condemned the damming of the river. “That river is mariit,” says Conrad Cali*, a Panay Bukidnon. “This development is not inclusive. We have been marginalised. This is a disrespect of our culture.”

To someone who has grown up with the stories that surround mariit places, acknowledging the spirits that occupy woods, oceans and the earth is just another part of life. But you don’t have to believe in the taglugar to appreciate the core beliefs innate to the Philippines’ indigenous communities: that nature is something to be respected, and we fail to do so at our own risk.

* Names have been changed to protect the identities of these contributors.

The emissions from travel it took to report this story were 5kg CO2, travelling by car. The digital emissions from this story are an estimated 1.2g to 3.6g CO2 per page view. Find out more about how we calculated this figure here.