Opposition to the UK lockdown has led to street protests and campaigns on social media.

Many of the grievances expressed have been fuelled by false and misleading claims.

We've investigated seven of the most frequently-shared examples.

Verdict: This figure and similar figures being widely shared, are incorrect.

One recent estimate shows that overall, on average, about 99.3% of people who catch coronavirus survive it, according to statistics analysed by University of Cambridge.

The death rate is much higher for older and more vulnerable people.

And many people across all age groups suffer serious long-term effects from the virus.

About 10% of people still have symptoms 12 weeks or more after their positive test, according to an Office for National Statistics (ONS) study.

(The symptoms are wide-ranging, including cough, loss of smell, fatigue and sore throat. The study is still a work in progress. And it's worth noting that some people may have dropped out, and that those with symptoms are more likely to report them.)

Verdict: The only reliable recent data available on suicides in England - from the University of Manchester - has found that rates have not risen during lockdown.

Stay-at-home orders and the economic impact of the pandemic have undoubtedly taken a toll on people's mental health.

However, shared posts saying suicides have gone up by 200% during the pandemic are false.

Claim: Every winter hundreds a day die from respiratory diseases..."why are we locked down?"

The long-term effects of Covid can also be much more severe for many people and it's more infectious than flu.

"Covid-19 has a higher severe disease and mortality rate than influenza in all age groups, except perhaps children under the age of 12."

The risk of serious illness and death from coronavirus is significantly higher for older age groups.

Verdict: More than 125,000 Covid deaths have been recorded in the UK so far.

There are different ways of recording these deaths, but all broadly agree on the scale of the crisis.

About 90% of the deaths where Covid appeared on the death certificate had the virus as the underlying cause attributed by a doctor, according to the ONS.

The ONS total roughly matches up with Public Health England's count, which looks at anyone who died within 28 days after a positive test, as well as the number of excess deaths, which is measured against a five-year average.

Almost all of these have been attributed to coronavirus, according to the UK's three national statistics agencies.

Verdict: It's true that Sweden has had a lower Covid death rate than the UK, but it has fared significantly worse than its neighbours, all of which had tighter initial lockdown restrictions.

Many people opposed to Covid restrictions point to the example of Sweden, a country which at the beginning of the pandemic avoided introducing a compulsory lockdown, and instead issued voluntary distancing advice.

However, Sweden is a very different country to the UK and has characteristics that may have helped it during the pandemic.

It has a lower population density, and a high proportion of people live alone. The capital, Stockholm, is also less of an international transit hub than London.

When compared to other Scandinavian countries with similar population profiles, Sweden has fared much worse and recorded a significantly higher number of deaths than its neighbours, all of which have had tougher restrictions during much of the pandemic. 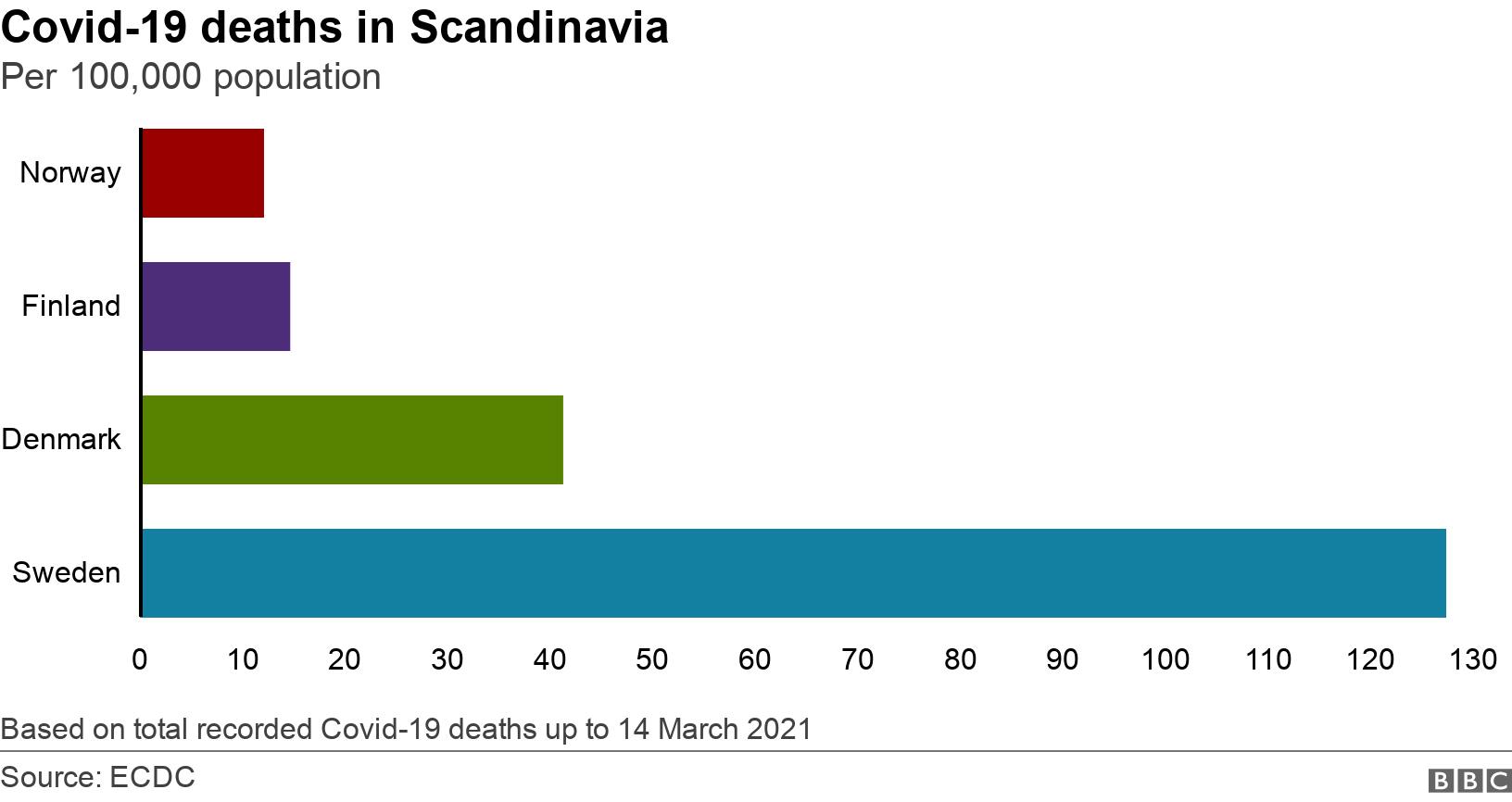 It is hard to separate all the factors that might have caused this, but the absence of strict lockdown measures is likely to have contributed.

There's also no evidence that Sweden's economy did any better than its neighbours. 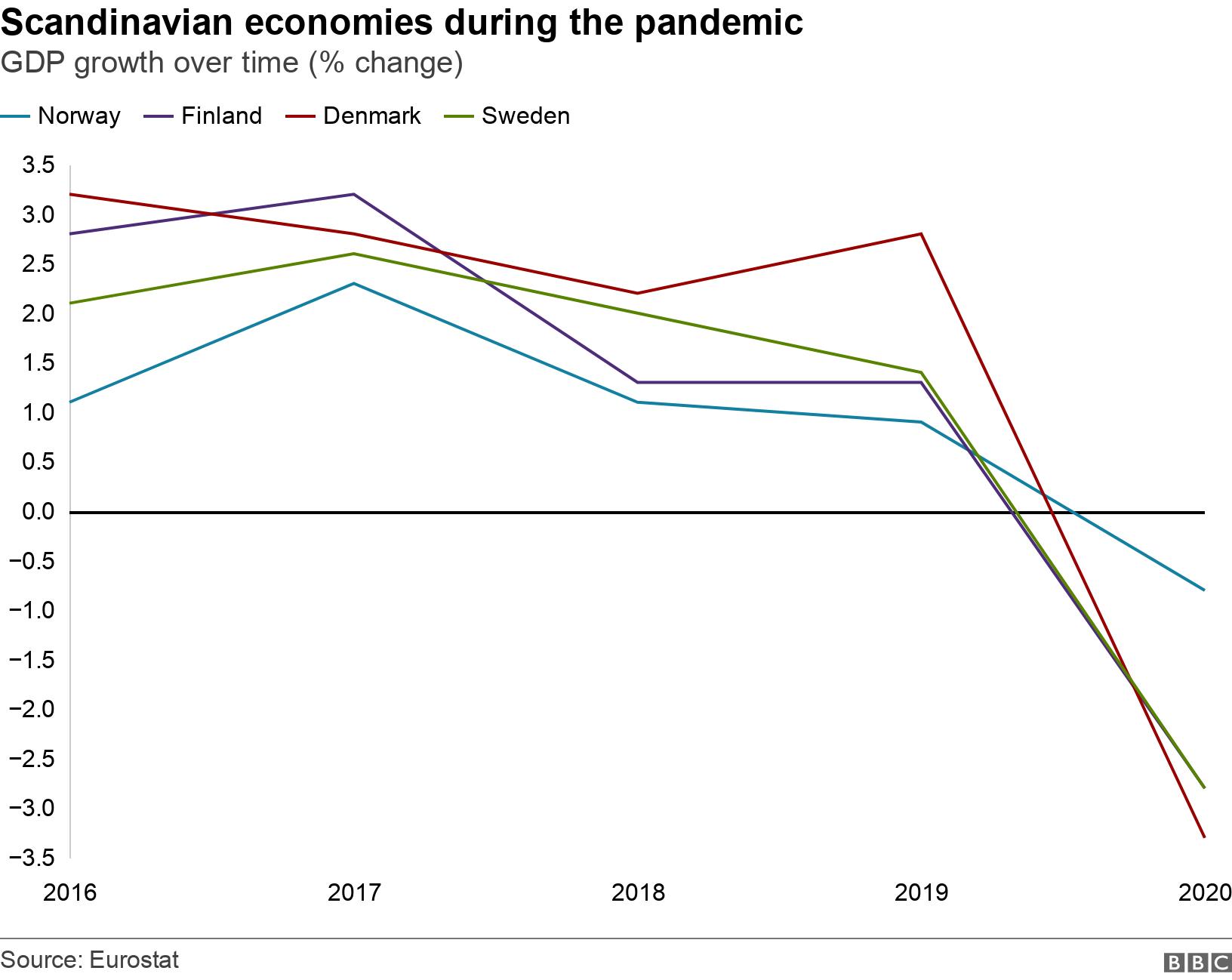 Although Sweden chose not to lock down early in the pandemic, with bars, restaurants and shops remaining open, increasingly tighter legally-binding restrictions have been imposed over the last five months.

These include a ban on public gatherings of eight or more people, limits on numbers in stores, gyms and on bookable public transport and a stop on serving food and drink after 20:00.

Daily reported deaths have been falling since early January, but the infection rate remains high.

Claim: "There was no pressure on the NHS all winter"

Verdict: Hospitals were very busy, particularly over the winter months, but the NHS has been able to cope, largely because of restructuring and lockdown restrictions.

The strain on critical-care beds has been acute, along with the specialist staffing required.

The number of adults in critical care was far higher than previous winters. In the last week of January 2021, some 2,000 more critical care beds a day were occupied in England compared with the previous year.

Hospitals were under pressure as thousands of people needed treatment for #COVID19.@NHSEngland data show there were more than 5,000 adults in critical care beds each day at the end of January 2021, compared with just over 3,000 a day in 2020 https://t.co/PkP0WfhR37 pic.twitter.com/bZY96uRykG

Some non-Covid-related care has been shelved temporarily, and wards have been restructured to ensure the virus doesn't spread, which inevitably means fewer beds are available.

In some hospitals, overall occupancy rates might have appeared lower than expected, but there's been a big effort to ensure enough spare capacity to cope with surges in coronavirus cases.

Coronavirus has also had a big impact on staffing, with large numbers off sick or self-isolating.

Claim: "With PCR, if you do it well you can find almost anything in anybody"

The PCR (polymerase chain reaction) test is considered the most reliable way to detect coronavirus.

The process was invented in the 1990s, long before Covid appeared, by Californian scientist Kary Mullis. At a public event, he once said: "With PCR, if you do it well you can find almost anything in anybody."

This has since been used to discredit PCR testing for Covid, but these criticisms are unfounded.

Mr Mullis was referring to the high level of sensitivity of his test.

PCR testing can pick up a tiny amount of virus, so it is possible for someone to get a positive result if they go for a test days or weeks after an infection and are not actually infectious any more.

However, this is unlikely to have a significant effect on the number of cases, and people tend to have a test when they have symptoms.