With Boris Johnson away in the United States, it was his deputy Dominic Raab who stood in for him at Prime Minister's Questions.

We've looked at some of the claims he - and Labour's deputy leader Angela Rayner - made.

Dominic Raab: 'Because of the engagement we've had with the US, they have immediately given us the boost to trade and businesses by reinstating travel from the UK to the US'

Mr Raab was responding to criticism from Labour that the prime minister had made "zero progress" in securing a UK-US free trade deal.

It's true that President Biden did announce this change yesterday, but it wasn't just for the UK.

The resumption of travel into the US from November applies to fully vaccinated people from 33 countries.

They include China, India, Brazil and most of the European Union.

This is the latest estimate from Labour about how the cut to Universal Credit and next year's rise in the rate of National Insurance (NI) will affect workers.

And from next April, a worker earning £18,000 a year would be paying an extra £105 in NI - as part of the rise to help fund health and social care.

Dominic Raab: 'We've got rising employment and rising wages and that will benefit everyone'

The number of employees is indeed returning to pre-pandemic levels.

Wages have also been rising. The Office for National Statistics says that average total pay was up 8.3% between May and July this year compared with the same period last year.

But not everyone will be benefiting from this and the ONS says the rise has been affected by two temporary effects. 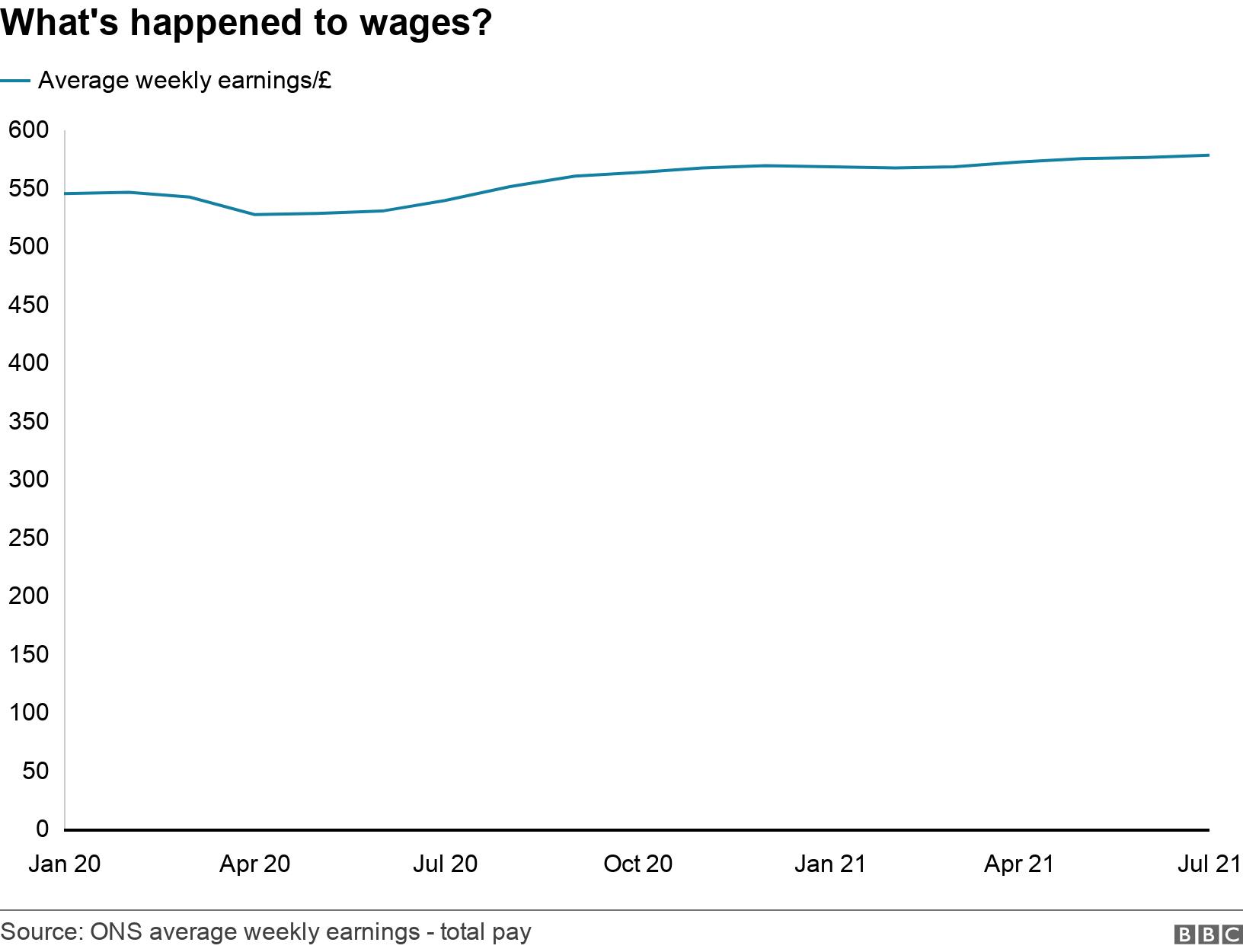 The first you can see in the chart above. Average earnings fell in the first months of the pandemic as people were furloughed, which meant in many cases their pay fell, or they worked fewer hours. The annual figures we are now seeing are compared with early in the pandemic, which is making the increase in wages bigger.

The other is that throughout the pandemic, more low-paid employees have lost their jobs than high-paid employees, which means that average earnings have gone up.

Clearly, some people such as HGV drivers have seen their wages go up recently, but it is not true to say that the rising wages have benefited everyone.

Also, there are 2.6 million workers, according to the Resolution Foundation, affected by the public sector pay freeze, who will also not benefit from rising wages, and will see their spending power hit by rising inflation.

Angela Rayner: 'The government have axed the Green Homes Grant, scrapped the zero-carbon home standard and lost the storage facility that held three-quarters of our gas'

Angela Rayner accused the government of a series of failures in the energy sector.

She's right that the Green Homes Grant, which offered households grants of up to £10,000 to install insulation or low-carbon heating, was abandoned in March 2021 - after not much more than six months.

The zero-carbon home standard would have made all new homes carbon neutral by 2016. It was scrapped in 2015 - a broken pledge we've looked at before.

Instead the government has announced a new target to make new homes "zero-carbon ready" by 2025.

The Rough gas storage facility off the Yorkshire coast in the North Sea was closed in 2017, and was responsible for 70% of the UK's gas storage volume.

The basic rate of income tax has been 20% since 2008 - the deputy prime minister is referring to the personal allowance, which is how much you are allowed to earn before you start paying income tax.

Angela Rayner: 'He's complaining about having to share his 115-room, taxpayer-funded mansion with the foreign secretary'

This is a reference to Chevening House in Kent - a country retreat typically used by foreign secretaries.

Angela Rayner is wrong to claim it is funded by the taxpayer - as Mr Raab pointed out.

Chevening was given to the government as a gift in 1959 and the costs of running it are met by a Trust, using a bequest from Lord Stanhope, the former owner of the property.