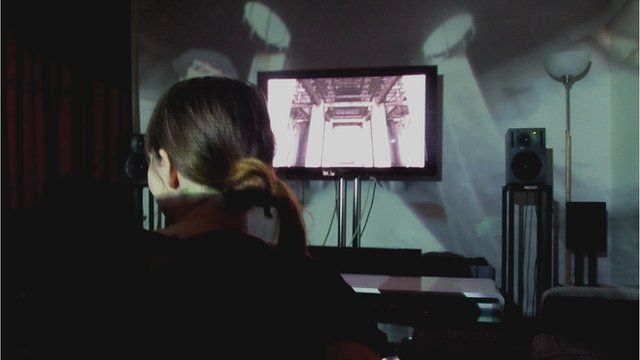 180 degree television for the home?

A new kind of immersive video experience compatible with standard television screens and projectors is being unveiled at the British Film Institute on Sunday, as part of the Sci-Fi London Festival.

Described as a kind of visual equivalent of "surround sound", it has been developed by BBC Research & Development, who used the technology for the animation film Kill Mode, which is being premiered.

Immersive video is a concept that technology companies have experimented with, finding varying levels of success.

Philips pushed the idea in 2004 with its Ambilight television sets, which projected light around the television, to suit the mood of the content being played. But the innovation was of limited appeal to the public.

Microsoft has confirmed it is working on a form of immersive video for gaming, which it calls IllumiRoom - it uses the Kinect camera and a projector to extend graphics beyond the television screen - but there yet is no clear indication of when it might go on sale.

Since 2006 BBC Research & Development has been working on its own version of immersive video, using its own room calibration software, and a reverse projection technique that works with standard projectors.

Combining a standard camera view, with a second wider view, filmed with a "fish eye" lens, it has been used to film a short live action film called Broken, as well as the Kill Mode animation.

Up Next is a new series of video features for the BBC News website which examines the new developments that could affect all of our lives in the future.