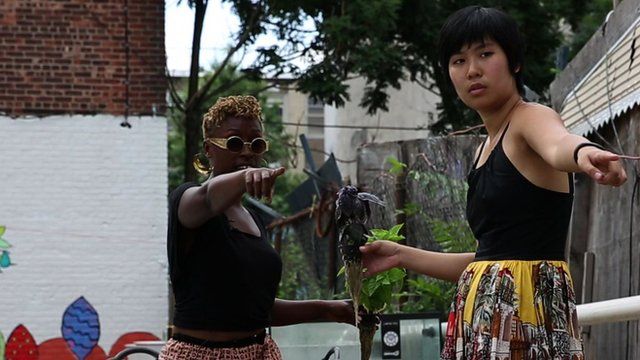 The Awesome Foundation funds "awesome" ideas and projects ranging from community aquaponic gardens to re-enactions of scenes from the Indiana Jones films.

The $1,000 (£650) grant is awarded with an extremely simple and quick process, no strings attached - the grantee does not even need to finish the project.

The trustees of the Awesome Foundation each contribute $100 a month and meet monthly to read grant applications.

Together, they decide whose project is awesome enough to earn the $1,000, and sometimes they throw a little party for the recipient.

Started in 2009 by a group of students and friends at the Massachusetts Institute of Technology (MIT), the Awesome Foundation now has chapters around the world, including two in Mongolia.

Some of the projects developed into something as serious as a new way of mapping the consequences of the BP oil spill.

A spy-like shoe-telephone developed into an ambitious project for a new free backup mobile communication system.

And some, like the Indiana Jones scenes, are just fun.

The BBC talked to Christina Xu, the chancellor of the Awesome Foundation. She said that true innovation needed space, fun and sometimes just a small amount of money to get started.

Video and photos of the Indiana Jones project are courtesy of Alley of Doom.

Spy shoe photos are courtesy of the Serval Project.

The Moore Street aquaponics farm is an idea of Yemi Amu.

Go to next video: Genetic surveillance