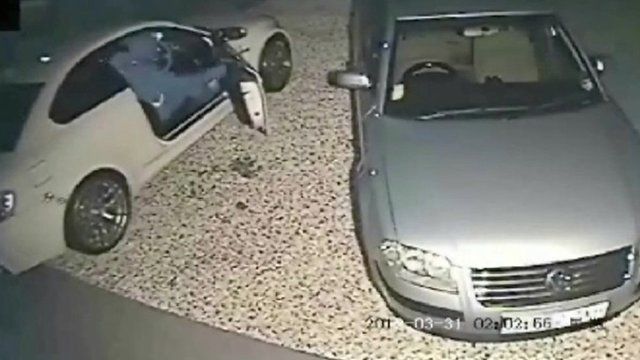 A device for sale on the internet is allowing thieves to steal BMWs and other high-end cars without the need for the owner's keys, a BBC Watchdog investigation has found.

In some parts of the country police have been leafleting BMW owners, warning them of the possibility of this kind of theft.

Responding to the investigation BMW said: "Certain criminal threats, like the one you have highlighted, simply do not exist when cars are designed and developed.

"This does not mean the car companies have done anything wrong, neither are they legally obliged to take any action.

"However, BMW has always taken security extremely seriously and has worked closely with police forces around the country (and the world), and with the industry body, the SMMT (The Society of Motor Manufacturers and Traders) to understand and mitigate against car crime wherever possible.

"Therefore, when we were made aware of this new form of attack, we took it very seriously and immediately launched an investigation."

"There is no specific BMW security issue here. We, like our customers and those of other manufacturers, are victims of this new hi-tech organised crime.

"All our cars meet all security standards and regulations, but as responsible manufacturers we are looking at ways of mitigating against this new kind of attack.

"We are already in the process of enhancing the protection of pre-September 2011 X5 and X6 models and have been contacting owners and carrying out the necessary work accordingly.

"None of our latest models - new 3 Series, 5 Series, 6 Series and 7 Series - nor any other BMW built after September 2011 can be stolen using the method highlighted."

Watch the full report on BBC One's Watchdog on Wednesday, 12 September 2012 at 20:00 BST. Or watch afterwards on BBC iPlayer.