A new report says the HS2 rail project could boost the UK economy by £15bn a year.

Transport Secretary Patrick McLoughlin presented the findings as he reasserted the case for the new rail line.

The report, from accountants KPMG, says that regions outside London will be the biggest beneficiaries of the new service.

But the economic boost will not be felt until 2037, it says.

In a speech at the Institute of Civil Engineers, Mr McLoughlin argued that rejecting HS2 would amount to a "national loss of nerve".

KPMG is ignoring one of the fundamental causes of lacklustre growth in many parts of the UK, which is a shortage of skilled labour and of easily and readily developable land 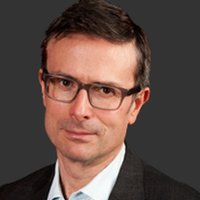 HS2 was necessary because the "clogged arteries" of the nation's transport system needed a "heart bypass", he said.

But Mark Littlewood, director general of the Institute of Economic Affairs, told the BBC: "Any private investor would consider this to be a colossal waste of money.

"That is not to say that we don't need to improve capacity. Rail is an extraordinarily expensive way of doing that."

The government was asking UK taxpayers to take "a huge gamble on their extremely dodgy numbers", he added.

Mr McLoughlin argued that the benefits of HS2 were not simply faster journey times and new jobs, but up to 500,000 fewer lorry journeys a day on the country's roads, according to a separate report.

"A £15bn annual boost to the economy. With the North and Midlands gaining at least double the benefit of the south."

Dismissing "scare stories" over the budget, he maintained that it would remain £42.6bn, with a contingency fund of £14.4bn.

But earlier this week, the Public Accounts Committee (PAC) criticised the scheme, saying: "So far, the Department [of Transport] has made decisions based on fragile numbers, out-of-date data and assumptions which do not reflect real life."

The committee also said there was no evidence the line would help the growth of regional cities and would instead draw even more business to London.

KPMG's report was commissioned by HS2 Ltd, which is a non-departmental public body wholly owned by the Department for Transport.

Report author Richard Threlfall, KPMG's head of infrastructure, said: "What I hope this work will do is put some new evidence into the debate, because what we've seen over the last few months is an awful lot of opinions and to be honest not a lot of evidence on the ground as to what effect this will have.

"And what our report shows, beyond any reasonable doubt, is that HS2 will deliver massive benefits to the UK economy."

This report tots up the benefits in a new way.

It analyses how better transport links have apparently fuelled business and productivity across various different cities, then applies that to HS2.

Saving time still plays a part, but it's a smaller part.

Instead, there's more importance placed on all those extra seats this scheme provides, not just on the new high speed trains, but on the rest of the rail network too (all those extra commuter services we're being promised).

Critics say the government is just moving the goalposts in a desperate bid to make its project look better.

He argued that simply renovating existing rail lines that were "creaking at the seams" would cause "chaos".

The latest study was commissioned by HS2 Ltd, the company responsible for developing and promoting the project.

Wednesday's report calculates the benefits of the project in a different way from previous efforts.

Time saved is a less important part of the calculation. Instead, the report includes the benefits of extra seats, which means passengers will be able to work while travelling.

It also takes into account the reduction in congestion elsewhere on the network.

"The point about High Speed Two is that you won't have to travel on it to gain from the better transport system and economic growth it will support," he said.

The high-speed line would run between London and Birmingham from 2026 before being extended to Manchester and Leeds from 2033.

Clashes escalate after death of US man in custody

Tear gas is fired at protesters angry at the death of a man pinned down by a policeman in Minnesota.

‘I’m Asian, so I can never be American’

The blind teenager who's a reality show favourite

'It's absurd women over 50 were ever counted out'