Across Britain, people are spending more money on vegan products, and plant-based diets are trending online.

With major supermarkets catching on and stocking up on vegan-friendly food - BBC News asks what's behind the rise?

The number of vegans is on the up

According to the latest research by the Vegan Society, conducted in 2018, there are around 600,000 vegans in Great Britain. 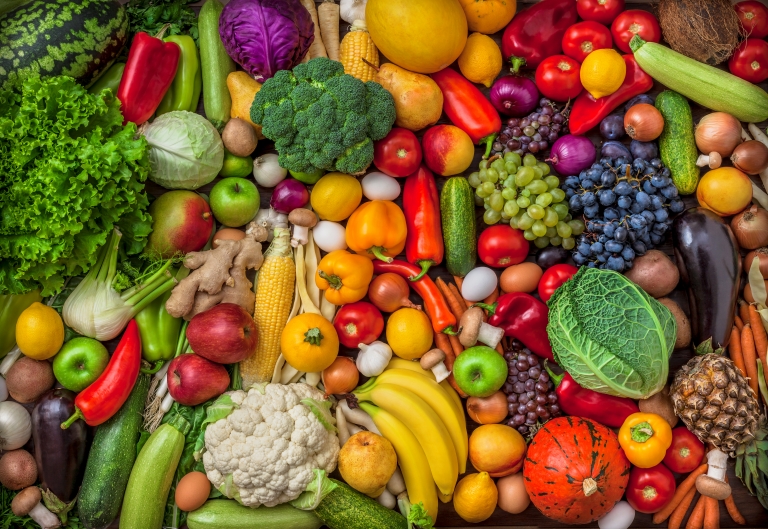 Around 360,000 people also describe themselves as lifestyle vegans, who commit to only using or buying cosmetics and clothes free from animal products, for example.

Supermarket chains in the UK are stocking more vegan options to keep up with consumers' food choices.

In 2018 Waitrose introduced a dedicated vegan section in more than 130 shops, while Iceland reported that sales of its plant-based food have risen by 10% over the last year.

And a range of fast-food companies, from Greggs to McDonalds and Burger King to KFC, have launched, or announced, vegan options for the UK.

The UK market for meat-free foods was reportedly worth £740m in 2018, according to market researchers Mintel, up from £539m only three years ago.

Interest in vegetarian and vegan products shows no sign of slowing down, as retail sales are expected to increase to £658m by 2021.

Do influencers influence what we eat?

Social media has had a big part to play in the rise of the plant-based lifestyle.

Celebrities like Ariana Grande, Miley Cyrus and Ellen DeGeneres are some of the well-known figures who don't eat animal products, while #vegan has more than 87 million posts listed on Instagram.

Veganism is a hot topic - the number of Google searches worldwide has also spiked in recent years.

The search engine uses a number out of 100 to represent interest in a search term. In 2009, the word "veganism" had a peak popularity score of only 33 but it had increased to 100 only 10 years later. 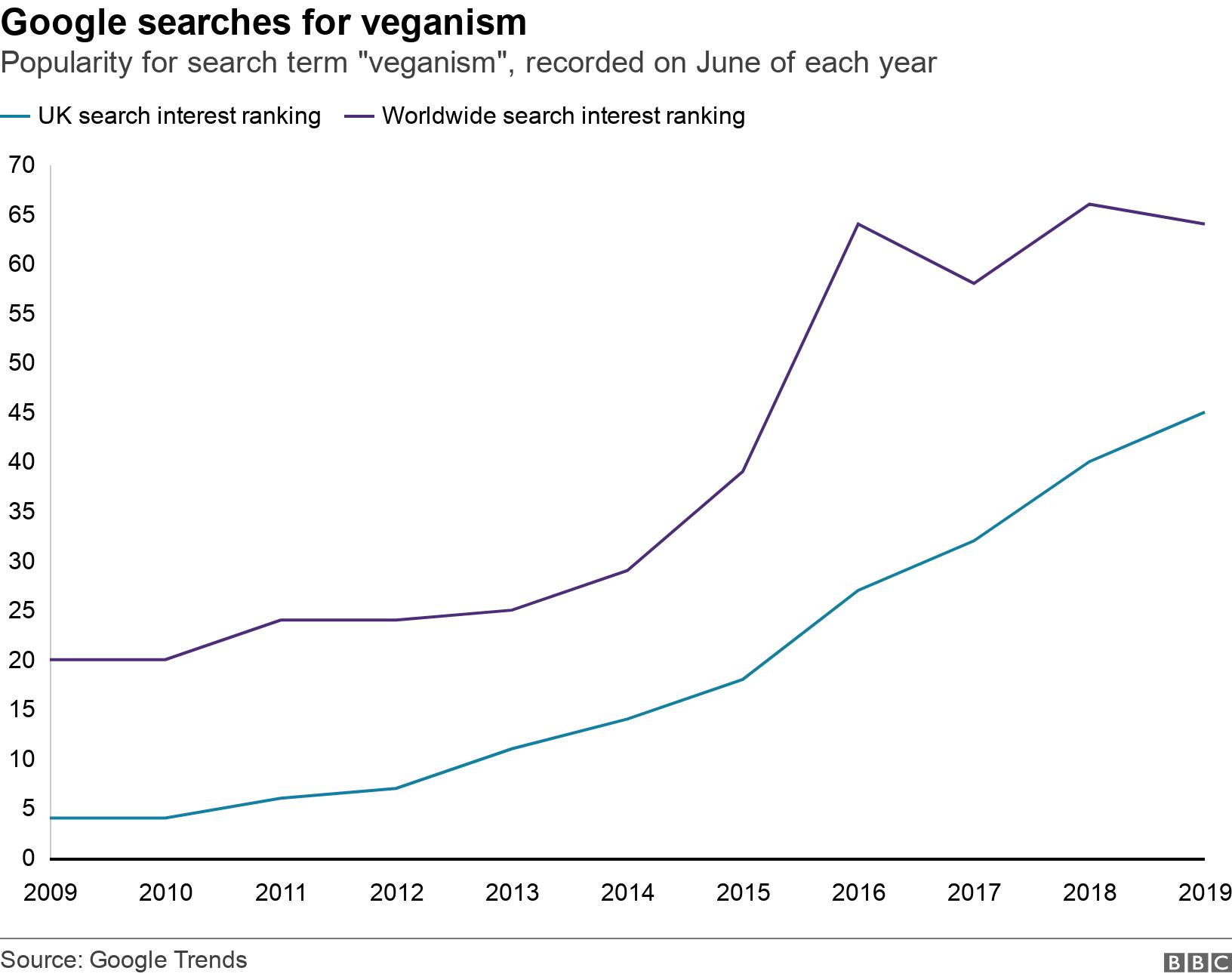 The top three most-searched questions on the topic in the UK ask what veganism is, about its sustainability and how it affects climate change.

Giles Quick, director at market researcher Kantar Worldpanel, said: "The vegan market has changed fundamentally in the last six or seven years - it's now for everyone.

"Social media has brought it to the forefront of customer's minds, and the mainstream. It's not seen any more as a choice for life, but as a choice for one meal, one moment, for one or two days a week."

Flexitarianism, part-time vegetarianism or veganism, is becoming more and more popular. And in January 2019, 250,000 people pledged to go vegan for the first month of the year, under the Veganuary campaign. 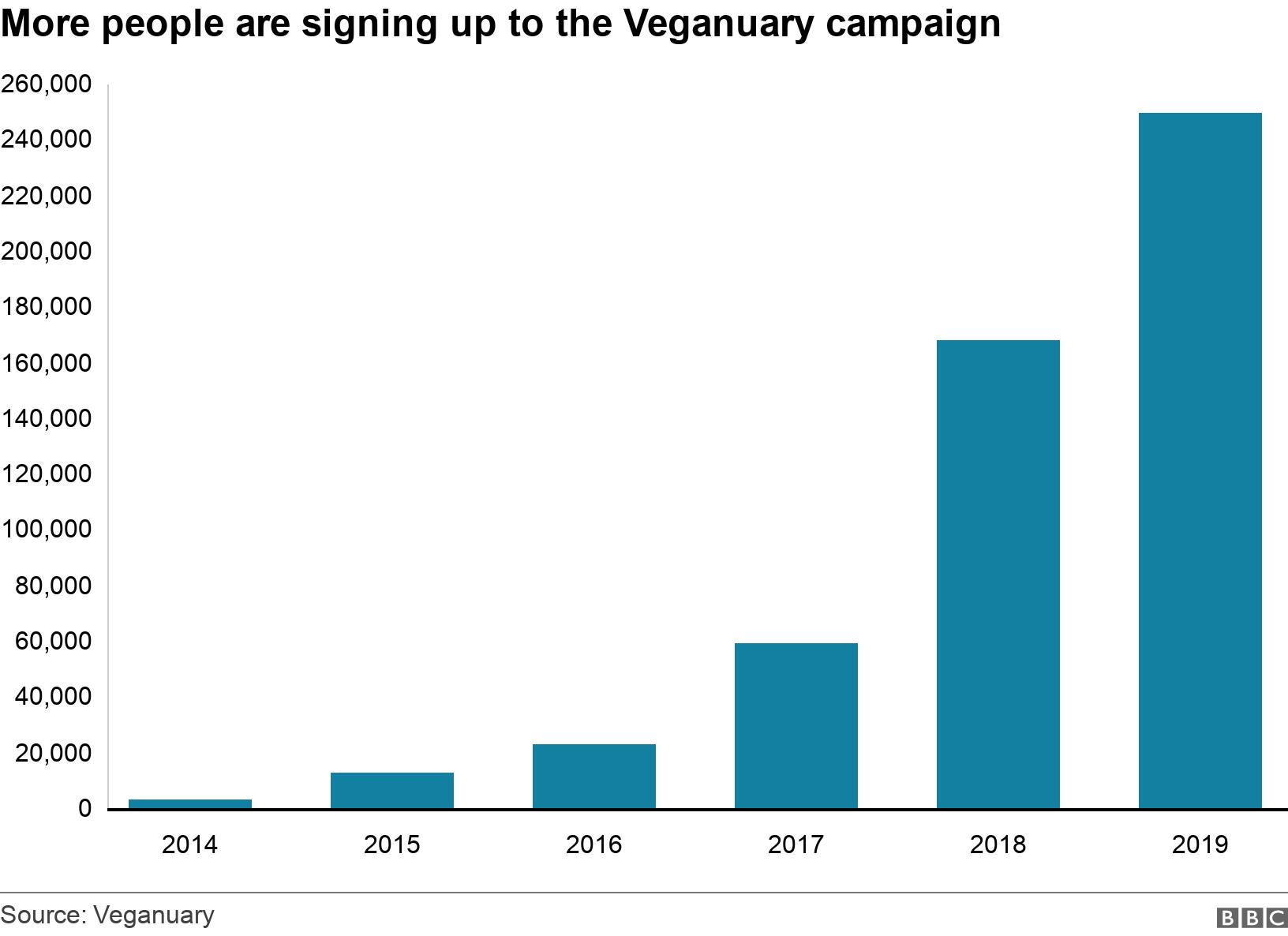 Launched in the UK in 2014, and supported by a wide range of social media, Veganuary encourages people "to try vegan for January and beyond".

Why are more people going vegan?

According to analysts, young women are driving the growth of the vegan movement.

But, a range of reasons lie behind veganism's rise.

A total of 49% of those interested in cutting down on their meat consumption said they would do so for health reasons, according to a survey of more than 1,000 adults in Great Britain by Mintel.

With interest increasing all the time in healthy eating, part-time veganism might well become a full-time fixture in many people's lives.

Update: This piece was originally published on 18 June 2018. It has been updated to reflect the latest available statistics.