General election 2019: What does a 'climate election' mean for Wales?

Green issues have been debated in the election like never before, so what does it mean for the Welsh environment?

It is an area that is largely devolved to Cardiff Bay so the promises made in a UK general election would not usually be as relevant here.

But this time it is different because of two massive challenges facing the next government in Westminster - climate change and Brexit.

What do the parties say about emissions?

Starting with emissions, the greenhouse gases that are driving global warming.

The Welsh Government recently announced it would set a new, legally binding target for a 95% cut in emissions by 2050.

It followed advice from the independent Committee on Climate Change, who said that would be an appropriate contribution to the UK as a whole reaching a 100% target - known as "net zero" - by the same year. 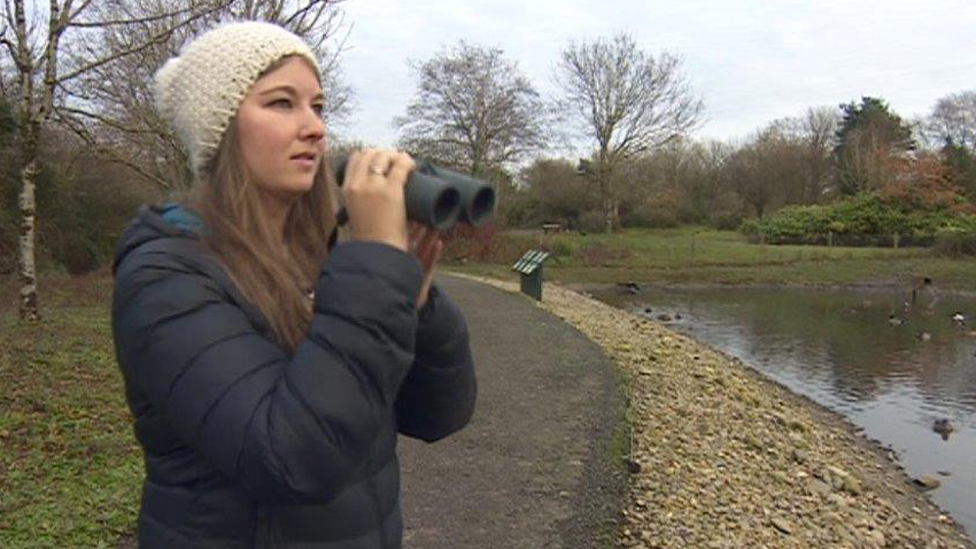 It said Wales "could not credibly reach net zero by 2050" because it had less land available for capturing carbon through tree planting and relatively high agricultural emissions, an industry important to its rural economy.

But now many of the parties fighting for your vote at the election say emissions must be cut sooner.

Plaid Cymru and the Green Party would like to reach net zero by 2030, with Labour pledging to do so during that decade and the Liberal Democrats by 2045.

The Conservatives have stuck with the 2050 target that was announced under Theresa May, still one of the most ambitious put in place anywhere in the world.

If the UK goal changes, it follows that the Welsh target would also have to be revised.

And whatever the deadline, eliminating greenhouse gases from our economy and way of life will mean huge upheaval.

Just last week the Centre for Alternative Technology in Machynlleth published a big report about what would need to happen.

No more petrol and diesel cars, gas boilers ripped out and replaced with greener alternatives, and much, much more renewable energy generation.

Wales will receive a funding boost based on how much is allocated in Westminster for all of this, and as you can see here - how much the parties are pledging varies significantly.

What about green energy?

It is worth paying attention to pledges on energy because the UK government still has powers over any larger schemes (over 350 MW) proposed in Wales.

Labour, Plaid Cymru, the Green Party and Lib Dems all want to see tidal lagoons - like the stalled Swansea Bay scheme - as well as investing in other renewable forms of energy like solar and wind.

The Conservatives will not support wind farms on land - despite their low cost - but are proposing more out at sea.

All big decisions on Brexit are being taken in Westminster and this is the other issue that could shape the Welsh environment for decades to come.

EU rules have had a huge influence on areas like farming, nature conservation and pollution.

"This election will have a big impact on what happens in the Welsh countryside," explains Arfon Williams, land use manager at RSPB Cymru.

"Westminster has a big role to play in terms of the funding and wider policies required to support how we farm, look after the environment and promote sustainable development."

So has it been a climate election so far?

Llanelli-based nature presenter and author Dan Rouse said she was pleased the environment had become such a prominent part of the election campaign.

"It started off with, if you liked climate you voted Greens, if you wanted to conserve the world you always voted Greens, but now more parties are talking about this and seeing that it should be in their manifestos - it's one of the most important things they should be doing for our country."

"Some are still taking it a bit more seriously than others but at least they're all thinking about it."

The change is being driven by a shift in voters' priorities after a year in which climate strikes and Extinction Rebellion protests have dominated headlines, suggests Rhian Barrance, research associate at the Wales Institute of Social and Economic Research at Cardiff University.

She said: "There has been a lot of talk about this being a climate election - it's clear there's more interest in this election. But it will be interesting to see how much Brexit dominates the whole debate.

"It is still the main priority for voters when you look at polls.

"But the importance of the environment has definitely increased and is as important as the economy across all age groups - which is a big change.

"It's also becoming more important for young people, unsurprising when you look at the youth climate strikes and Greta Thunberg.

"It becomes less important across older age groups, and for the over 65s it's about 17% who'd note that the environment is one of the most important issues."

Spain and Italy 'give US hope' cases will level off

How the pandemic is putting the spotlight on wildlife trade