Hollywood veteran Sophia Loren, who has picked her favourite female-focused movies and TV shows for Netflix in recognition of International Women's Day, discusses her choices, the challenges facing female directors, and her love of pizza.

Long before Parasite triumphed at the Oscars last month, Sophia Loren became the first actress to win an Academy Award for a non English-speaking role.

The year was 1961 and the film was Two Women, a powerful World War Two drama. By that stage, Loren was a veteran of almost 50 films, but the role changed her life.

"Before I made Two Women, I was a performer," she once said. "Afterward, I was an actress."

Two Women was one of a dozen films she made with director Vittorio De Sica, who she credits with unlocking her acting talents.

"He taught me to believe in myself and to understand that, no matter how many people wanted to control my destiny, I and only I was the captain of my own ship," says the star.

The admiration was mutual. Loren "was created differently, behaved differently, affected me differently from any woman I have known", De Sica once said. "I looked at that face, those unbelievable eyes, and I saw it all as a miracle."

But her ascent to stardom was far from assured. She was born into extreme poverty in Naples in 1934; raised by a single, unwed mother in a staunchly Catholic country at the height of fascism.

Nicknamed "toothpick" on account of her skinny legs, her life changed when she entered a beauty pageant at 15. Loren got to the final and ended up taking acting classes, leading to her first film role in 1950.

She went on to be hailed as one of cinema's great beauties alongside the likes of Marilyn Monroe, Elizabeth Taylor and Ava Gardner - but in her best roles, she played downtrodden, salt-of-the-earth women. 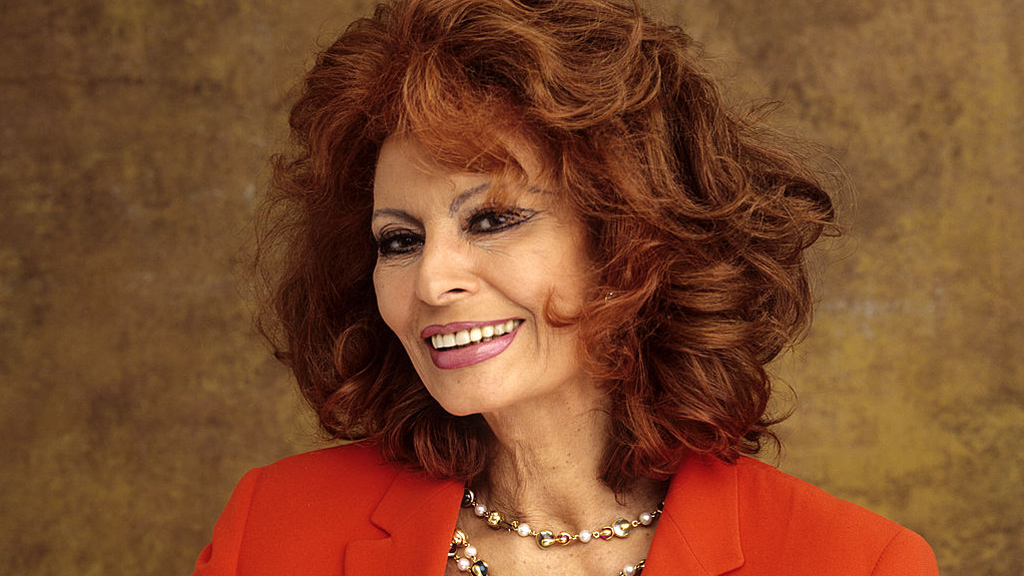 Having a woman's eye behind the camera is a special thing. They don't yell, they don't command... They inspire.

That theme continues in her latest film, The Life Ahead, in which she plays a Holocaust survivor who forges a bond with a 12-year-old Senegalese immigrant.

Directed by her son, Edoardo Ponti, the film will be distributed by Netflix - with whom Loren has also teamed up to celebrate International Women's Day (8 March), by picking her favourite movies and television shows that celebrate women.

The 85-year-old's choices are her 1954 film The Gold of Naples and TV drama The Crown.

Other stars who have taken part in Netflix's Because She Watched initiative include Ava DuVernay, Salma Hayek, Janet Mock, Laverne Cox, Cecilia Suárez and Millie Bobby Brown - whose selections include titles like Marriage Story, Paris Is Burning, Miss Americana and Roma.

What is it about The Crown - and Queen Elizabeth II in particular - that fascinates you?

First of all the series is so stunning looking, so lush. I was born and raised in poverty, so ever since I was a little girl growing up in Pozzuoli, I loved gowns and castles and the series is filled with both of them!

What I love about the Queen is her resilience in the face of adversity, her aplomb, her "taking it on the chin-ness". Her courage to get on with it. I admire those qualities in people and I admire it in the Queen.

Your other choice, The Gold of Naples, was one of your breakout films. What are your memories of working with Vittorio De Sica?

If there is one thing that I will never forget, it is the look in his eyes from behind the camera - that look of trust that gave me so much confidence, that look pulled me out of my own insecurities and made me perform at a level much higher than I ever thought I could.

Your character worked in a pizza kiosk. Did you keep the pizza-making skills you learned on set?

We Neapolitans invented pizza. I didn't have to learn these skills, it's in my DNA and what's in your DNA you never forget!

During your career, you've only worked with one female director, Lina Wertmuller. How does a film set change with a woman in charge?

Lina is like my big sister. We love each other, we fight, we make up, but we always have great affection and respect for one another. She is a trailblazer.

Having a woman's eye behind the camera is a special thing. Women are great with detail, they enjoy the minutiae of moments. They don't yell, they don't command. They suggest, they inspire. I love working with female directors. I want to work with more.

How can that be achieved when only 10% of the directors on Hollywood's top films are women?

The industry has definitely changed for the better for women in my lifetime but there is still much more to do. The dream would be for people to be judged only on their skill and talent and not their gender - but for that to happen you have to level the playing field and create an environment where women get the time and the ability to practise their craft.

That is why it is crucial to promote women and give them the opportunities in directing, writing and shooting films, all fields where men are and remain the predominant choice. But once we break that pattern and the playing field has been levelled, then may the best person win!

You've just finished your first feature film in a decade, The Life Ahead. What attracted you to the story?

The film is based on the great novel by Romain Gary. It is the story of Madame Rosa, a Holocaust survivor and retired prostitute. Now, in the twilight of her years, she makes ends meet by having in her home a makeshift daycare for kids of other immigrant prostitutes.

The film could not be more timely: It speaks of tolerance, integration and the definition of the modern family. I am very proud of it and so excited that I got to work with such an amazingly eclectic cast, not least my co-starring partner in the film Ibrahim Gueye, a 12-year-old Senegalese boy who's never acted in his life and who gave an unbelievable performance as Momo.

It's the third time you've been directed by your son Edoardo. How does that differ from working with other directors?

I love working with Edoardo for the same reason I loved working with De Sica: His eyes behind the camera, they give me strength and security and he won't give up until I give him my very best. He doesn't settle for anything less than that because he knows what I am capable of.

It is a true gift working with a person who knows you as well as you know yourself. There is a shorthand, a telepathy. Sometimes he just has to hold me and I feel what he wants, other times he knows exactly what buttons to push to get something out of me that I didn't know I had.

Because She Watched, a joint project with UN Women, will be available on Netflix throughout 2020.