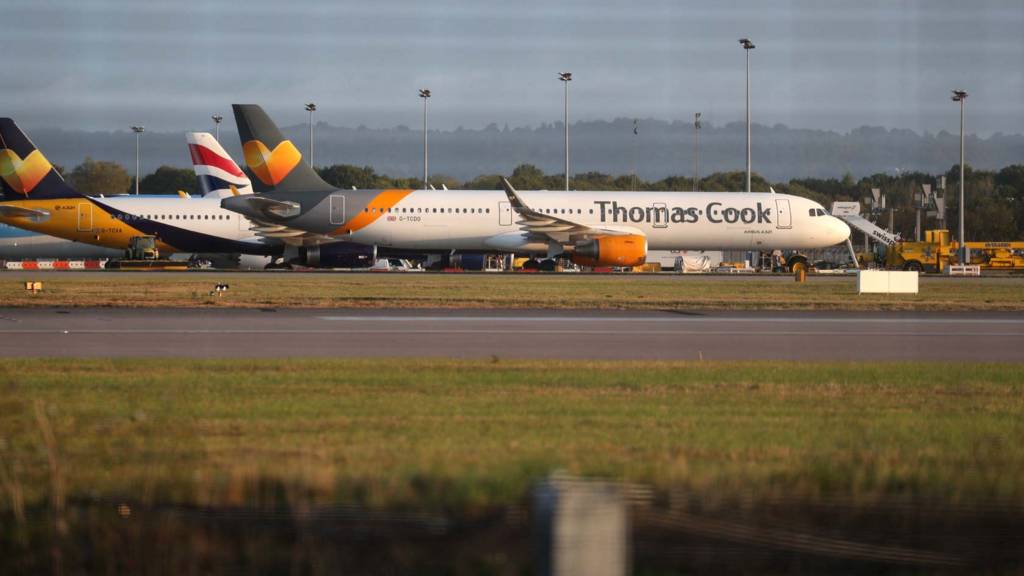 Your rights and your questions answered

The travel company has collapsed, affecting hundreds of thousands of holidaymakers. So what happens next?

The travel operator, which has collapsed after 178 years, began with a train trip from Leicester.

Tourists claim they weren't allowed to leave their hotel, as the tour operator bids for a rescue deal.

Government pledge: Customers 'will not be stranded'

The government will fly UK holidaymakers home if the firm collapses, the foreign secretary says.