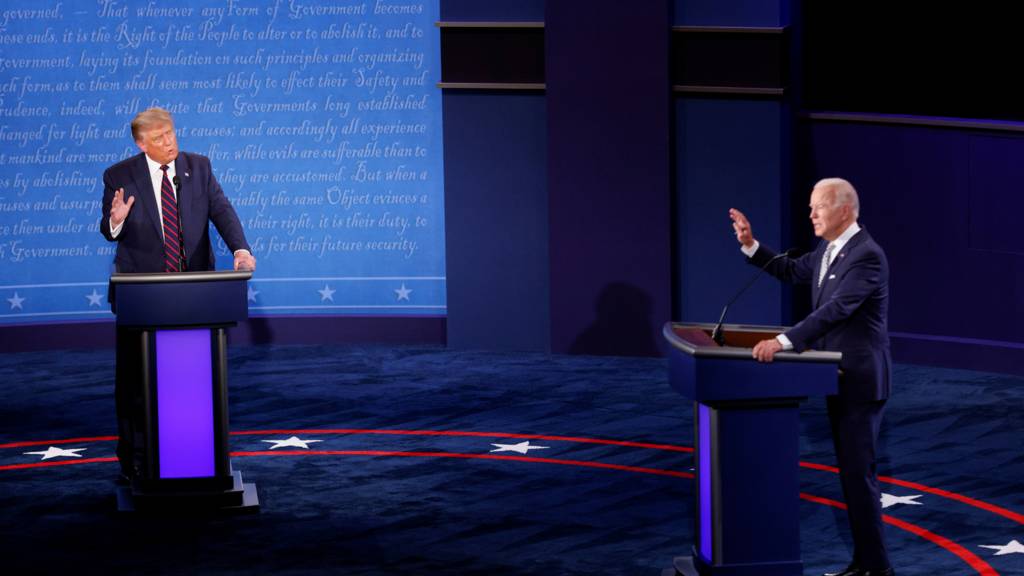 Who won the Trump-Biden debate?

In the political equivalent of a food fight, the winner was the man who emerged least covered in slop.

Watch the debate in full

The first of three presidential debates centred on the pandemic, race and the economy.

Where does Donald Trump stand on key issues?

Ahead of the US general election, here are some of President Trump's key policies - explained.