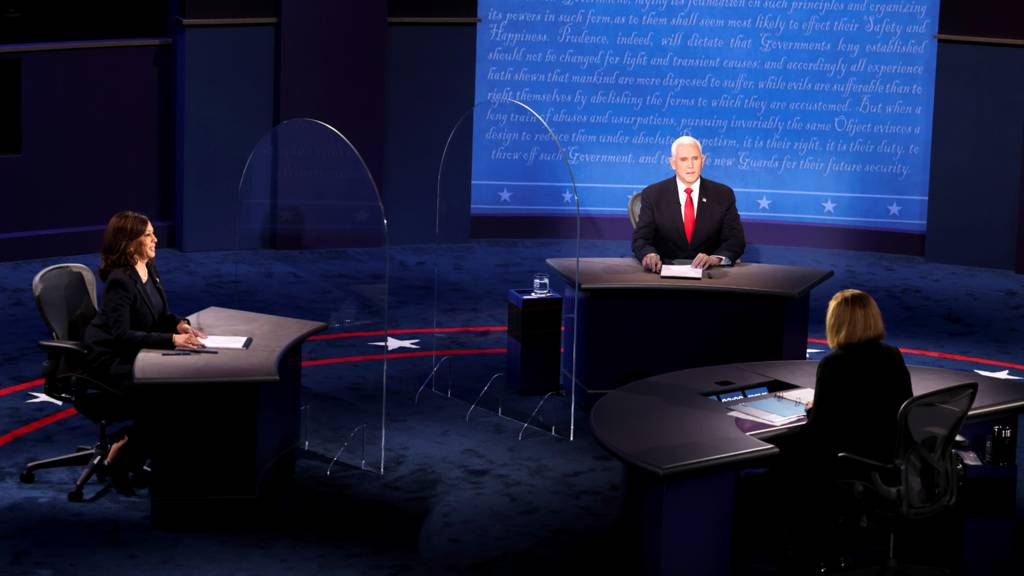 What did we learn from the VP debate?

Face-off between Mike Pence and Kamala Harris covered coronavirus, the economy and the environment.

'America was the winner' - voters give their verdict

What does Kamala Harris believe in?