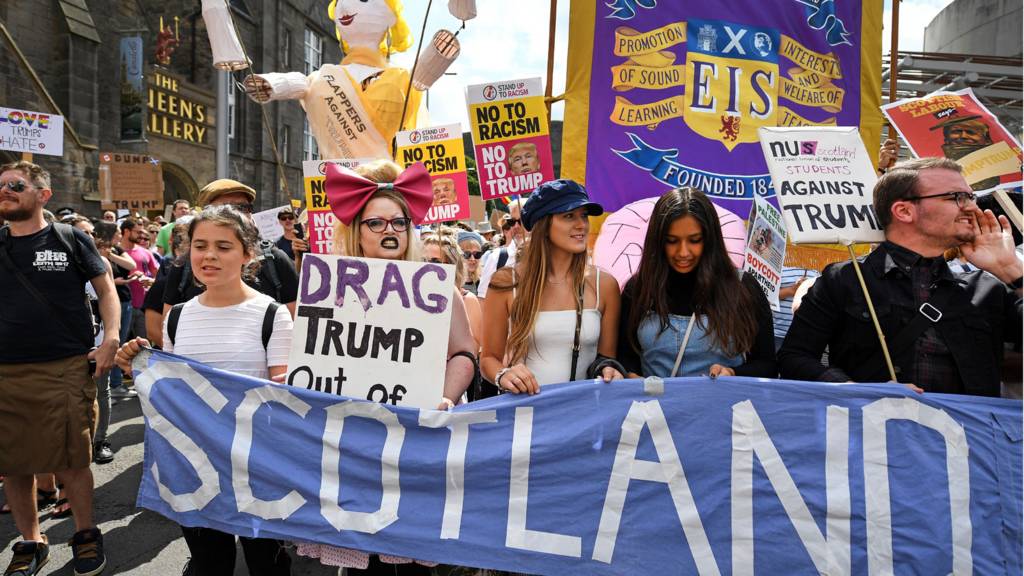 Trump and May meet amid Brexit storm

The US president and the PM are in talks at country retreat Chequers ahead of widespread protests.

Analysis: The president drives a bulldozer

In an interview with The Sun, the US president gives his verdict on the PM's most important policy.

What are the rules around flying a Donald Trump balloon in Central London?

What is going to happen on Trump's trip?

President Donald Trump will spend time with the Queen and prime minister before flying to Scotland.

As President Trump starts his visit to Britain, just how intertwined are the US and UK economies?